African youth are the hopes of this continent 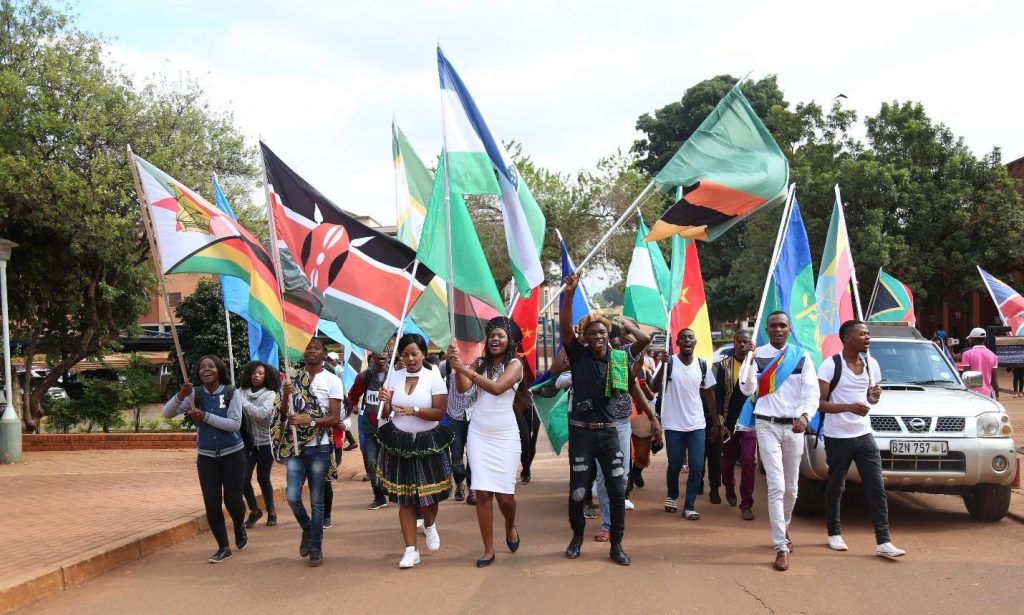 The University of Venda (Univen) hosted Africa Day celebrations under the theme ‘Africanization’. The celebrations took place at the University’s Freedom Square on Wednesday, 23 May 2018. During this exciting African cultural event, Univen students and staff members showcased their love for African continent through their traditional attires, drama play, cultural group performances and poems.

Mrs Naledzani Netshirembe rendered poems to the audience while Ms Mercy Masakona, a PhD candidate in the African Studies Department, specialising in music gave the audience the taste of African songs. 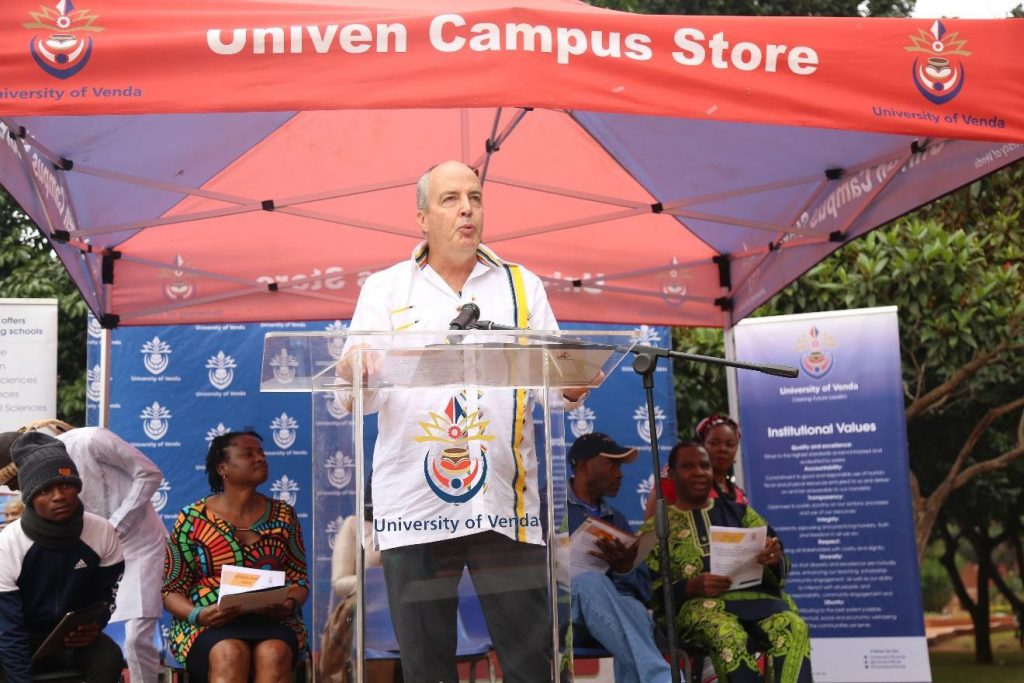 Acting Vice-Chancellor and Principal, Prof Jan Crafford welcomed the audience and told them that science has proved that Africa is the cradle of humankind and the place where humans discovered the utility of fire and the beauty of Art.
Prof Crafford further highlighted that young people are the hope of the country and can take the continent to a freer and more equal world that is free of indignity of poverty and the scourge of oppression. He encouraged women to embrace their beautiful natural selves and not hide their African beauty under the weaves and make-ups. Prof Crafford concluded his talk by encouraging the audience to stay united as the youth of Africa. 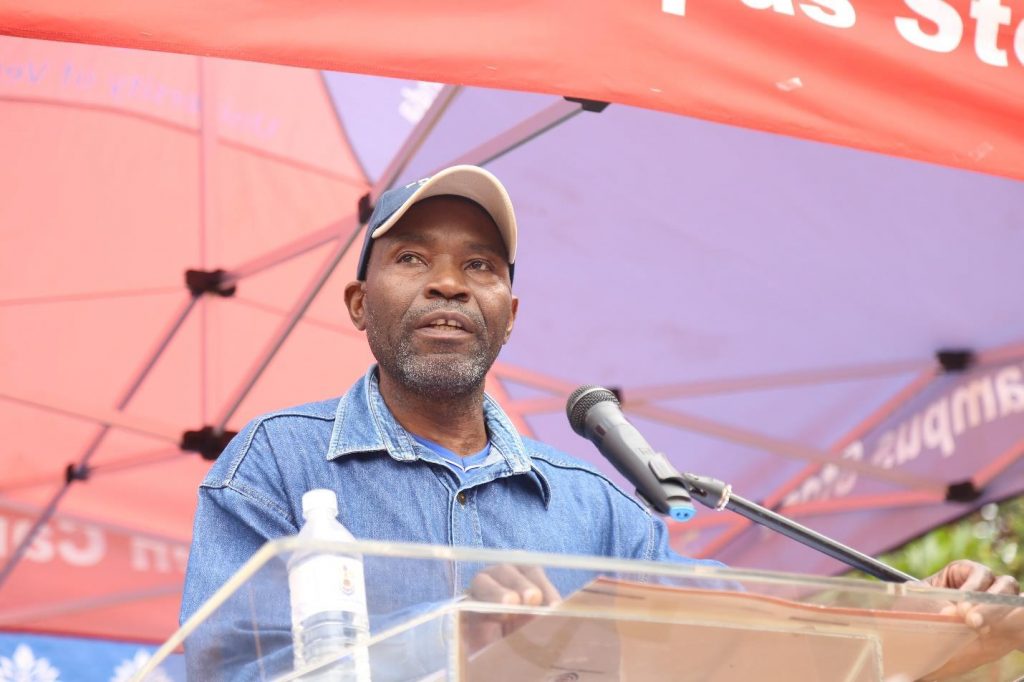 As the key note speaker, Dr Chris Ngwenya, Lecturer in the School of Human and Social Sciences gave a talk on African identity and prejudice. He highlighted that the concept of Africanisation is an established Africa’s social, political and economic vocabulary. He further expressed that Africa’s exotic races have always identified themselves with their countries of origin and they have never wished to be considered as Africans. He said this is because Africa has always been identified as the socially and economically backward, politically exploited
by black masses. Dr Ngwenya however indicated that the term has now acquired a much wider meaning since Africa became politically independent. 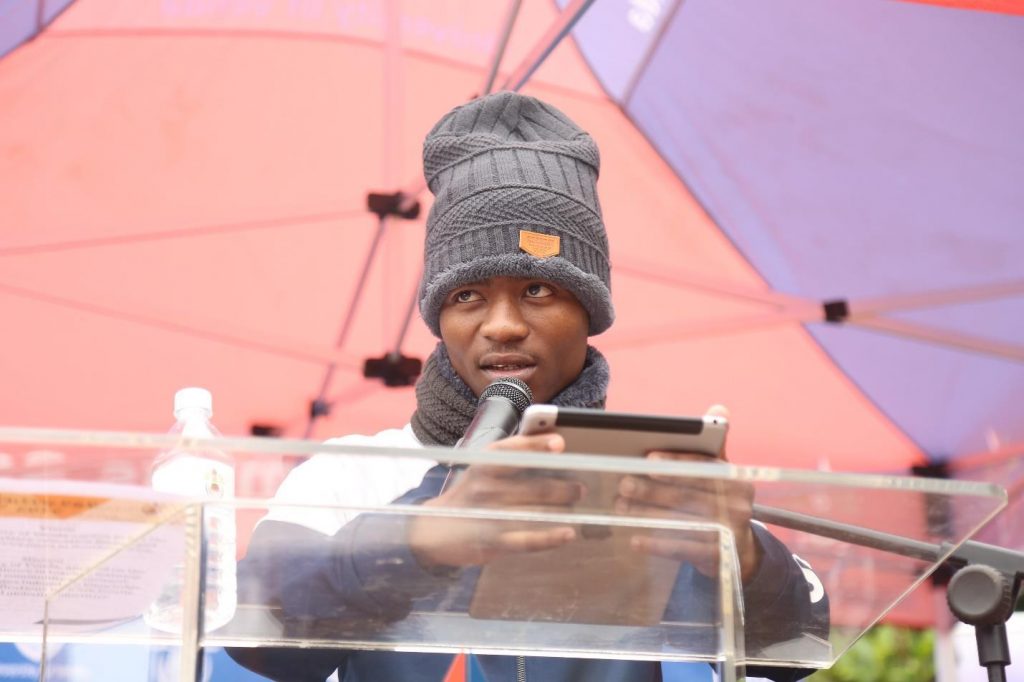 Univen SRC President, Mr Gcina Mhlabane called upon African leaders to unite and fight the apartheid and oppressions that still exist. He further expressed that Africa Day is incomplete until everyone is entitled to free quality education. 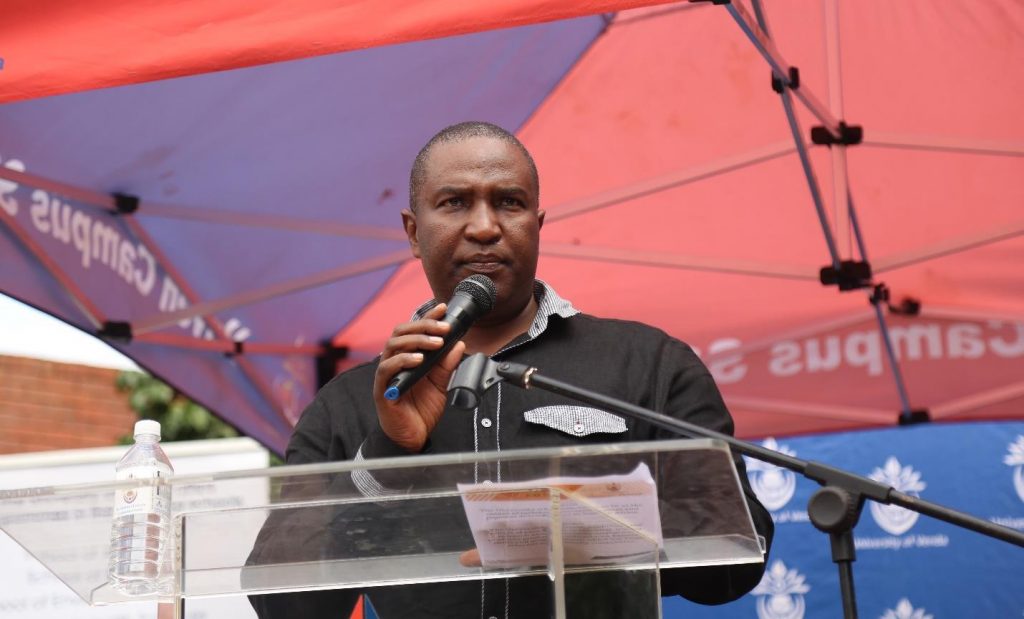 When giving a vote of thanks, Director of Communications and Marketing, Mr Takalani Dzaga encouraged the audience to promote unity, love for one another irrespective of their nationality and make every day Africa Day. 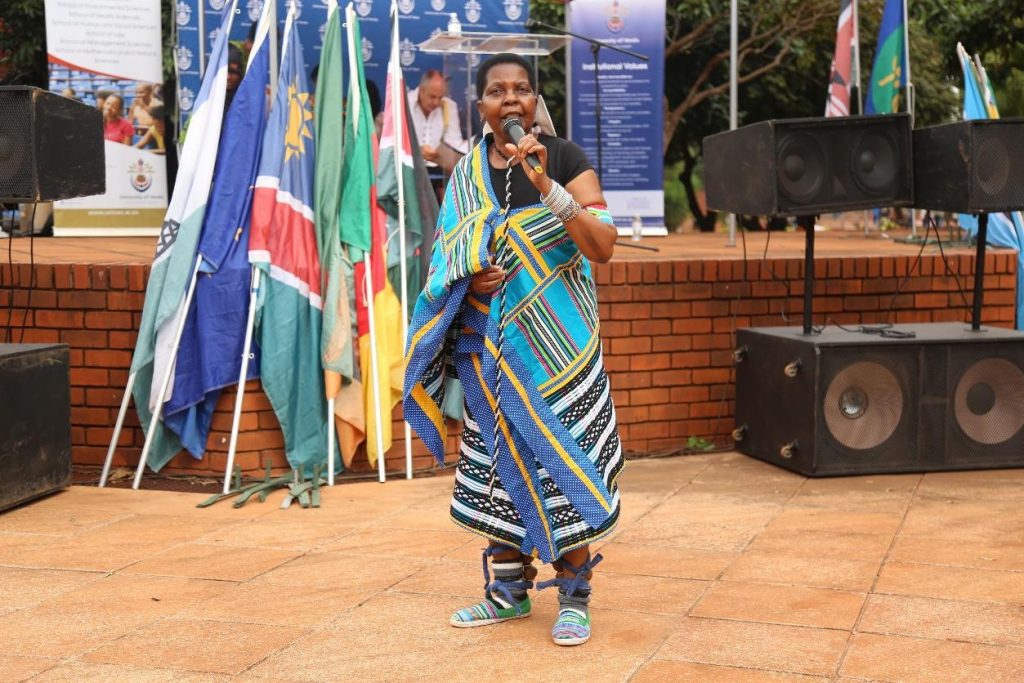 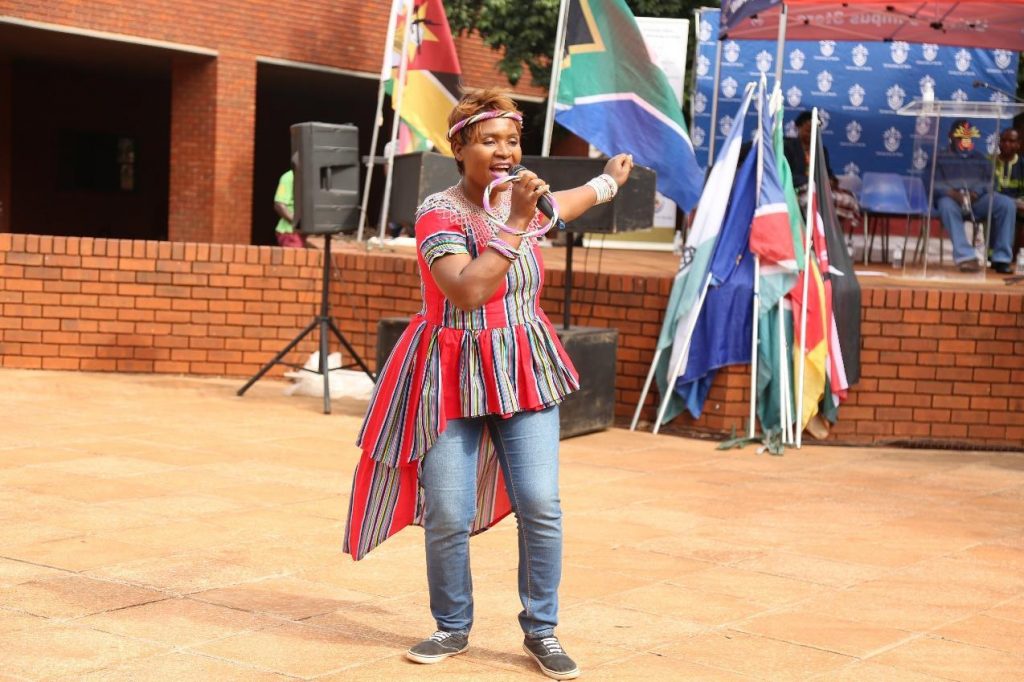 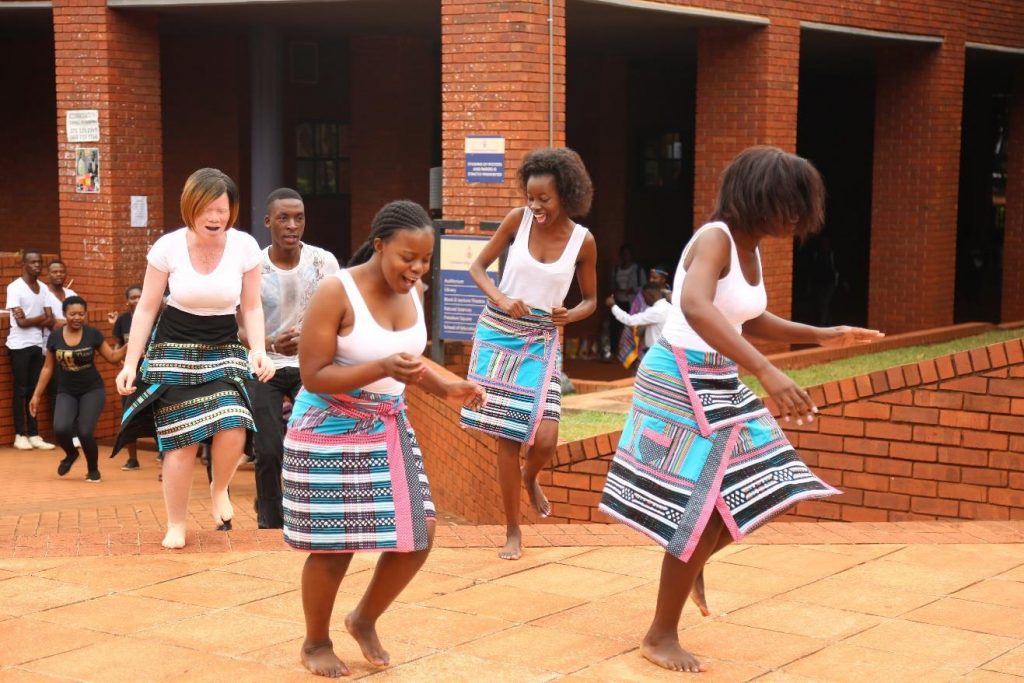 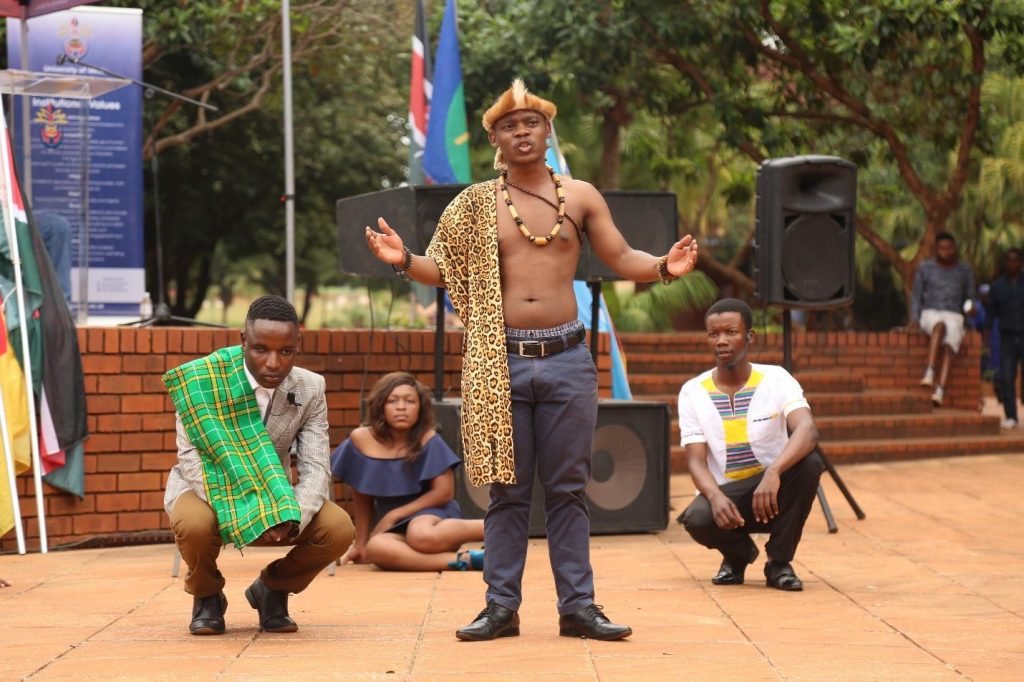 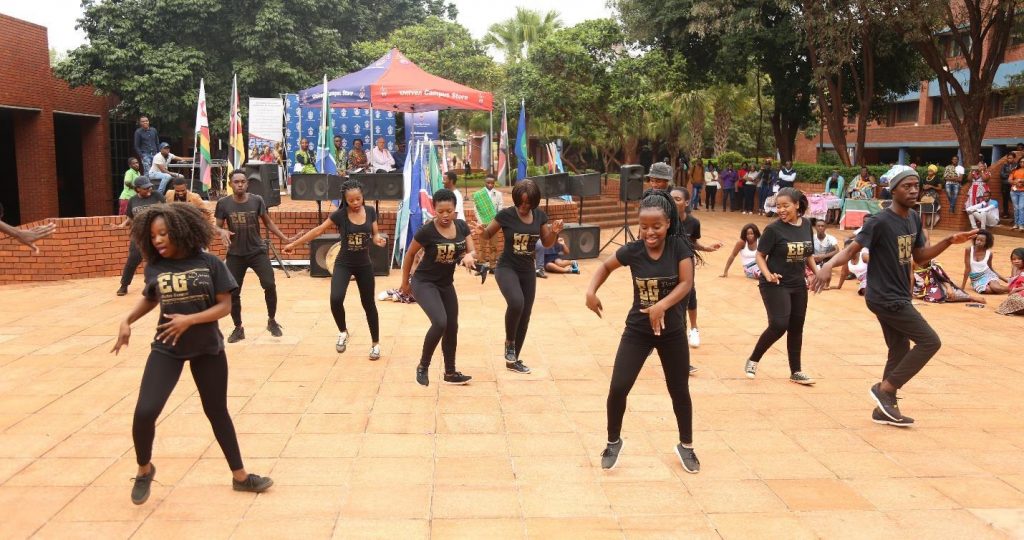 Students performing for the audience 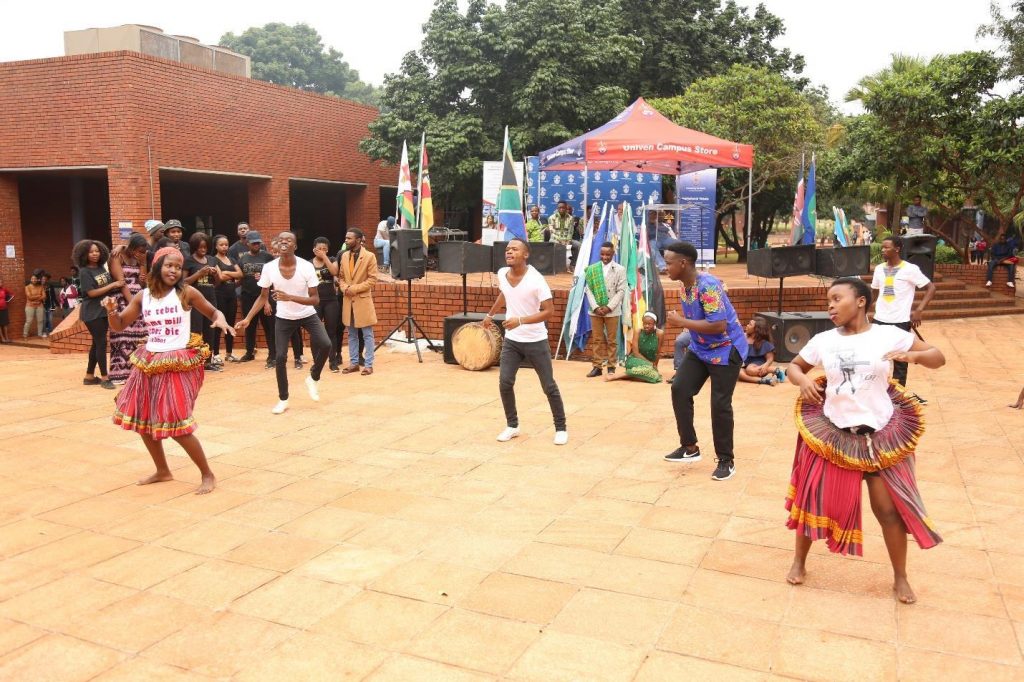 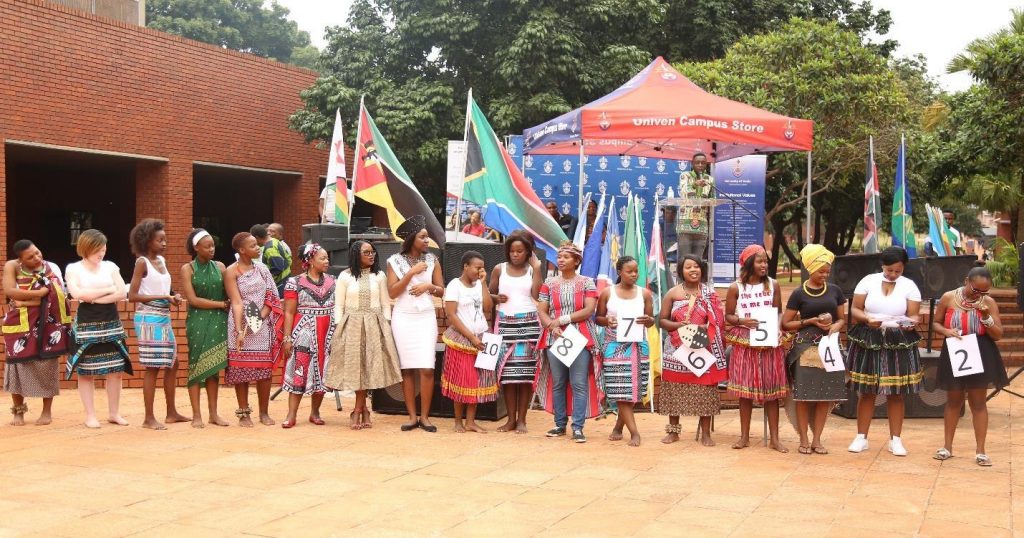 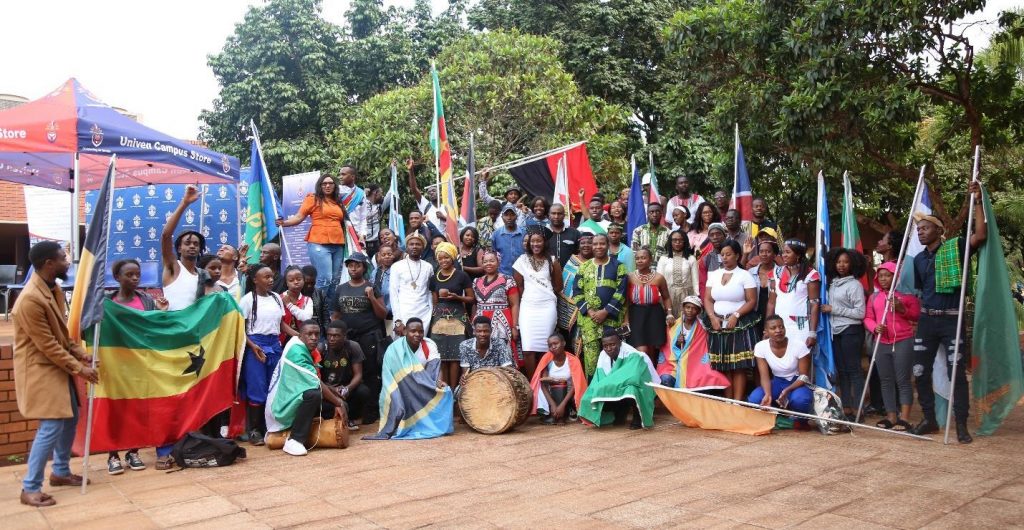 A dedicated group that made the event possible and successful