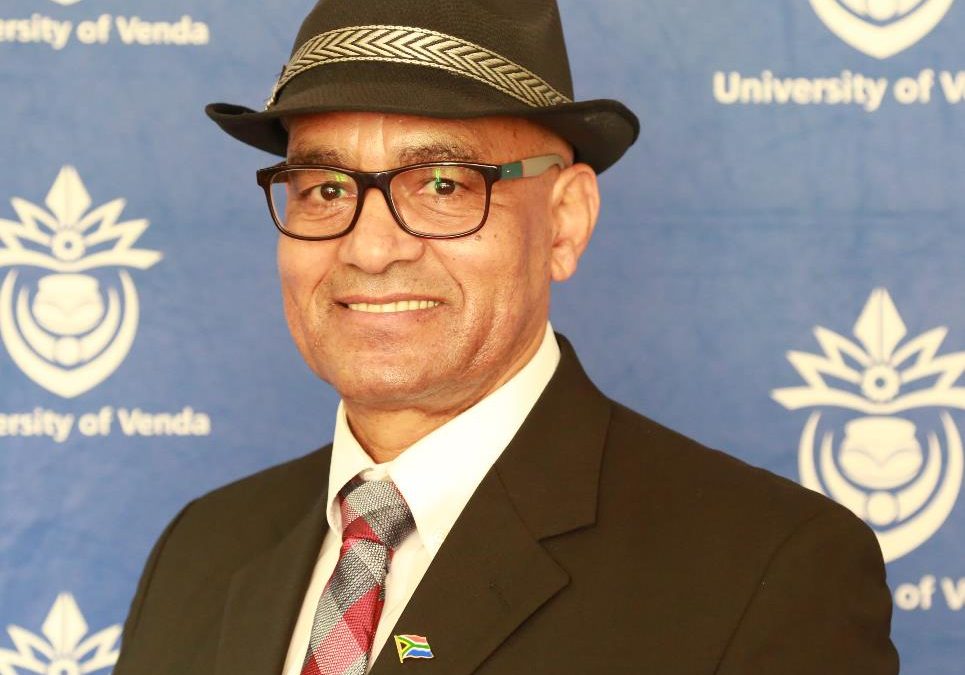 Dr Robert Martin has been appointed by the University of Venda as the Deputy Vice Chancellor Operations on a five-year performance-based contract with effect from 03 July 2017.

“I believe that every individual has the potential to become the greatest (s)he can be, if given the space to perform. Thus, Dignity and Respect is the biggest and best gifts we can give to others. I am really looking forward to work and engage with all colleagues to make UNIVEN an employer of choice and a University that is globally recognised and respected whilst also locally relevant,” said Dr Martin.

The Vice-Chancellor and Principal of the University of Venda, Prof Peter Mbati welcomed the appointment. “We welcome the appointment of Dr Martin and look forward to his contribution to the development of the University, and in particular to give impetus to most projects which are still under construction and those that are still coming. I believe that he will also support all staff members and students of this University to reach their maximum potential. We wish him everything of the best during his tenure as the Deputy Vice-Chancellor: Operations.” Prof Mbati calls on members of the University community and other stakeholders to give Dr Martin the support he requires to succeed.

Before joining UNIVEN, Dr Martin was the Acting DVC: Governance, Operations and Transformation whilst also serving as Executive Director: Strategic Alliances at Vaal University of Technology (VUT). He previously served as Campus Principal at the VUT’s, Secunda Campus. At VUT he was serving on the University’s Executive Management Committee, Senate and various other Institutional Committees.
Dr Martin holds the following educational qualifications: Diploma in Social Work; Postgraduate Diploma Social Development, Plan and Management; DPLR; MAP; Adv. Labour Law; B. Admin; MBA (Dissertation: “The Application of the Theory of Constraints to a Business Development Centre”), PhD(Entrepreneurship) Thesis: “An Investigation into the knowledge requirements for Entrepreneur and Small Business Support Practitioners”.

He started his career as a Social Worker, and then moved into Human Resources and then Business. He worked in both the Public and Private Sectors.

Over the years, Dr Martin has developed skills in Strategic Planning, General Management, Human Resources, Labour Relations, Executive and Business Coaching. Robert was appointed as a Part-Time Commissioner for the CCMA in 1997 and was also a panelist for the Health and Social Services Bargaining Council as well as the Government and Public Services Sector Bargaining Council (GPSSBC)

Previously, he has also been appointed by the Minister of Higher Education as a member of the Board of the National Institute of Higher Education in the Northern Cape (NIHENC), and served as Chairperson from February 2012 until its disestablishment at the end of 2014. During this term, he also served as member of NIHENC’s Finance Committee and Chairperson of the Audit and Risk Committee.