Following the successful Chickpea Farmers Field Day that was hosted by the University of Venda (Univen)’s School of Agriculture at the Experiential Farm on 12 September 2017, a pilot project aimed at chickpea production indicates to be a resounding success. 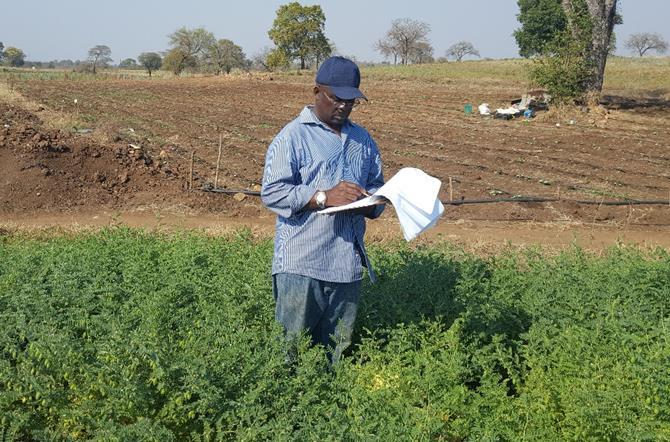 According to Prof Eastonce Gwata who is the HOD in the Department of Plant Production at Univen School of Agriculture, after 10 years of research on the adaptation of the crop to the local agro-ecological conditions in Limpopo, the School planted a chickpea crop in May 2017 and invited local farmers to a farmers day that was designed to showcase the crop in the field. He said farmers expressed a huge interest in the crop. The Economic Development Department (EDD) which was represented at the event, decided to participate in the project by facilitating the up-take of this ‘crop technology’ by local farmers so that the crop can be produced locally.

In March 2018, the Deputy Minister of the EDD, Mr Madala Backson Masuku visited Univen to participate in a Policy Dialogue with the local farmers and presented 200kg x 2 bags of chickpea to be used as seed by the farmers. 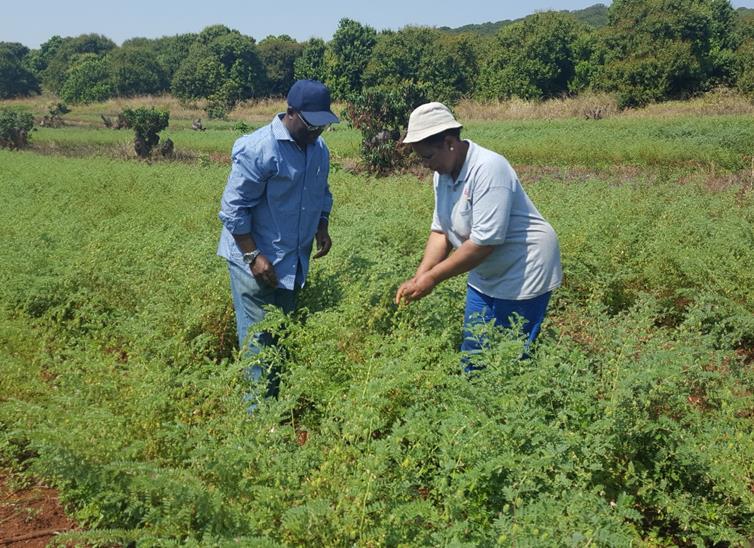 “In early May, 2018, we conducted a practical training for the farmers on how to grow the crop,” said Prof Gwata. The training was carried out in the field at the School of Agriculture. The farmers planted the crop during mid-May, 2018 as instructed. In September, 2018, Nendila team visited some of the farmers to assess the crop (see pictures below). The crop was produced successfully at nearly all the farms.

This crop is produced mainly for human food and animal feeds. It improves soil fertility through a process called biological nitrogen fixation. In addition, the grain of chickpea is traded on international markets as dry grain or canned beans, thus generating household income for farmers. This legume crop is cultivated in the winter months after the main summer crops have been harvested. However, it is a new crop for farmers in

Limpopo Province. There is no commercial production of the crop in South Africa at present. Local industries in South Africa import the crop mainly from Canada and East Africa. The other countries that produce chickpea include Ethiopia, Kenya, Mozambique, Malawi, Morocco, India, Pakistan, Bangladesh, Australia and Brazil. 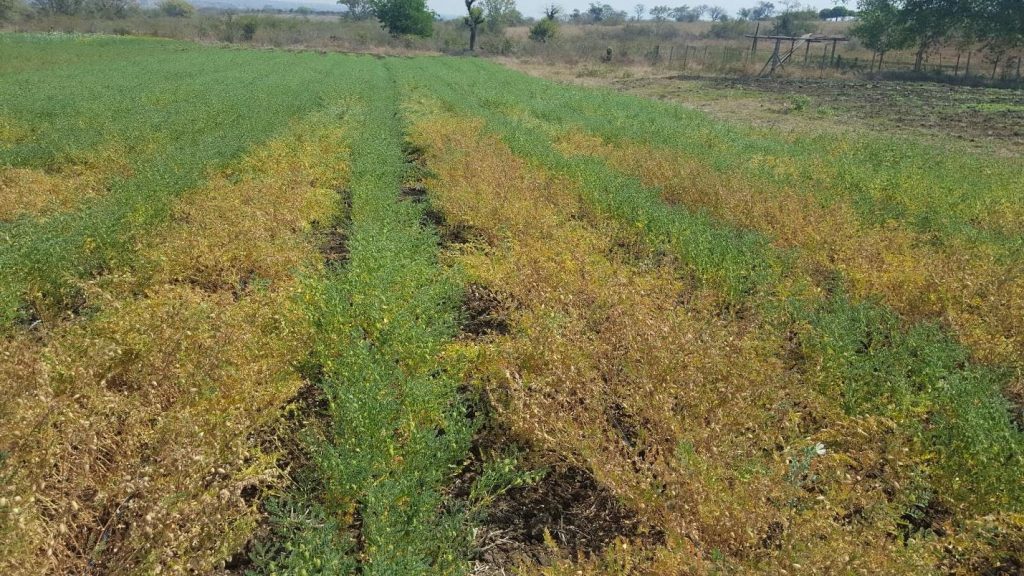 A chickpea crop in the field of a local farmer, Mr. Ramathikhithi, at Mphephu Village (Vhembe District, Limpopo Province).

Chickpeas have spread their culinary influence across the world. They also come with a range of potential health benefits. They are particularly high in fibre. Studies have shown that people with type 1 diabetes who consume high-fibre diets have lower blood glucose levels and for people with type 2 diabetes, higher fibre intake can improve their blood sugar, lipids, and insulin levels. In addition, chickpeas are also a good source of plant-based protein and polyunsaturated fatty acids. Furthermore, they are rich in vitamins and minerals. They help to stabilize blood sugar levels. With all these benefits and success in production, it is anticipated that many more emerging local farmers will grow the crop next season. Univen has once more demonstrated that it can respond effectively to local issues as well as positively impact the communities. 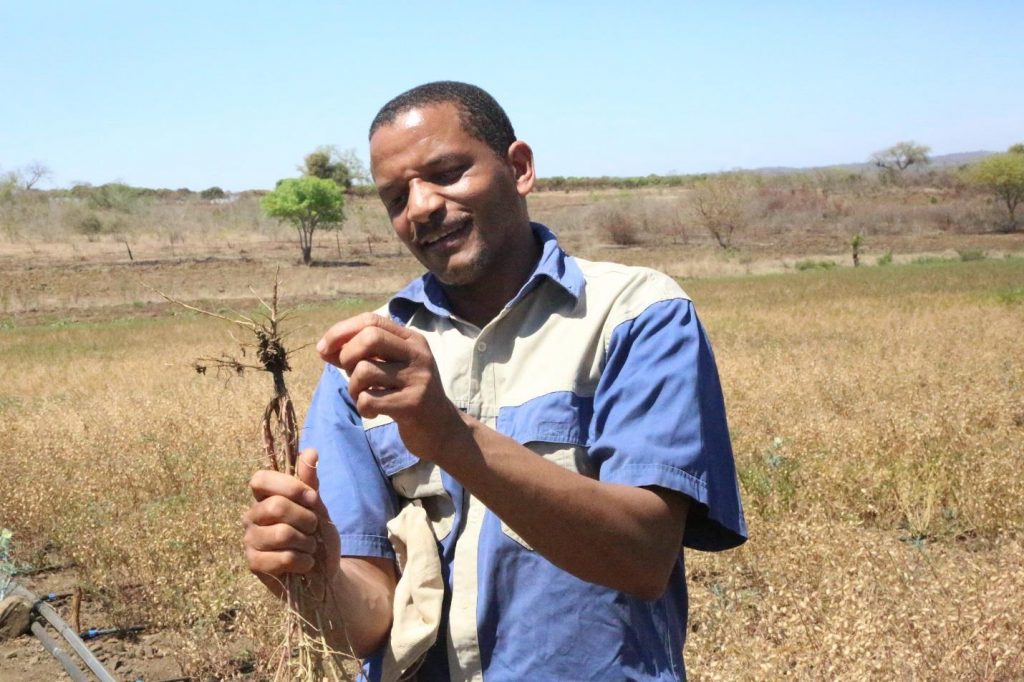 Amongst the 10 farmers that participated in the pilot project was Mr Ramathikhithi Mmbangiseni Wayne of the Ramathikhithi Orchard in Mphephu Village. He highlighted that due to chickpea’s richness in proteins, he will continue farming it and market it especially in the flour and baking industries. Mr Ramathikhithi said that one of the challenges he encountered was getting a hold of the inoculants to keep the plants healthy as well as not knowing which insects are most likely to damage the crops. 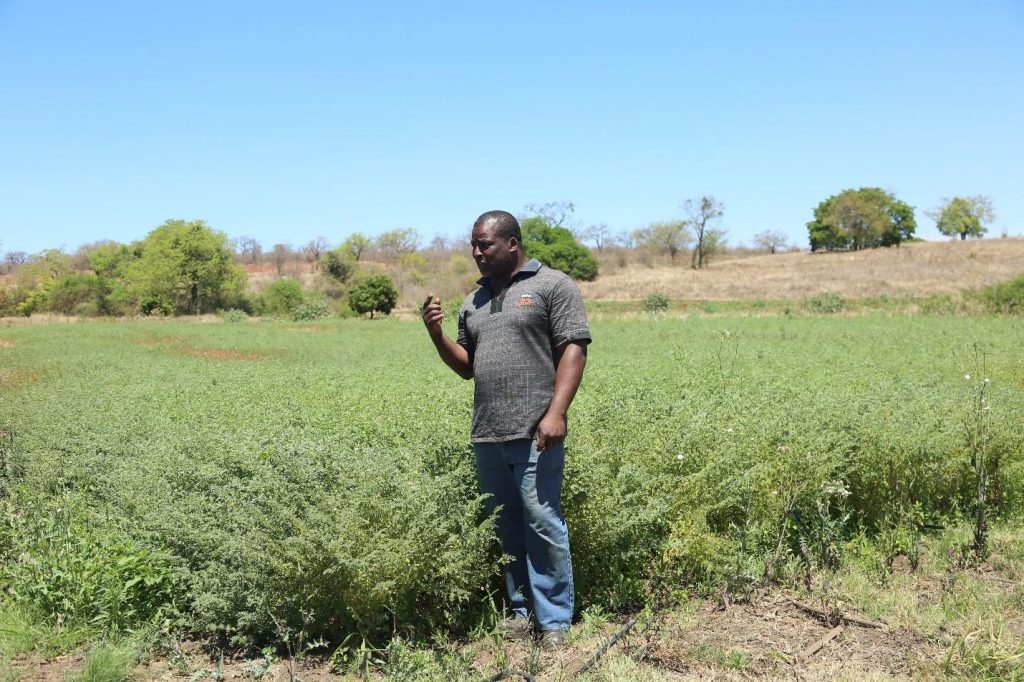 Mr Ferguson Mugwedi of Dovheni Agricultural Primary Co-operative is a cattle and crop farmer. Mr Mugwedi highlighted that the chickpea is the easiest crop to farm because it doesn’t require a lot of fertilizers and all he did was to irrigate it and then it started to grow fast without any sign of challenges. Just like Mr Ramathikhithi, he hopes to cultivate it more and find a market for it since it is a rare crop in South Africa that is currently being imported from other countries. 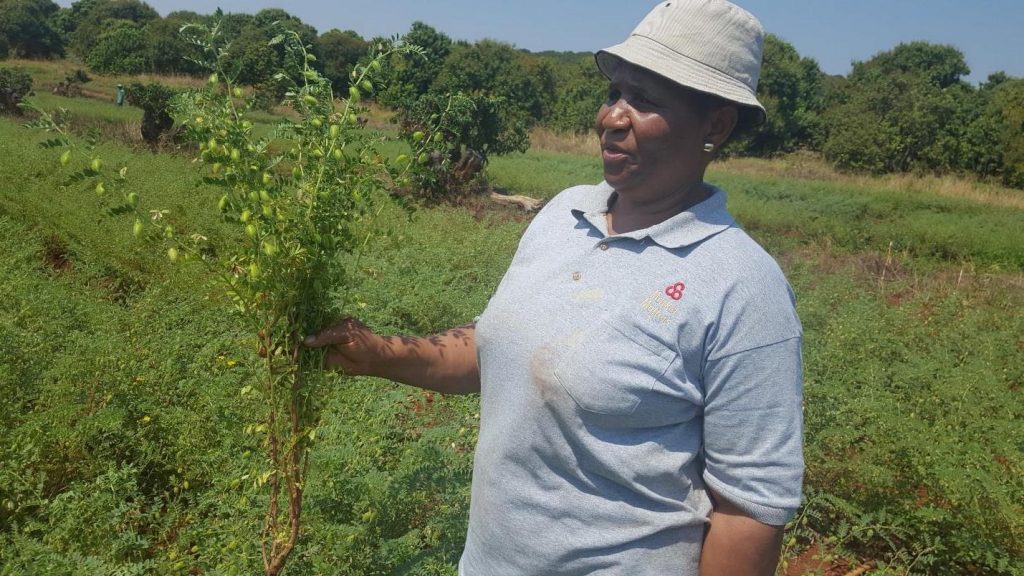 The other farmer who took part in the pilot project was the recipient of the 2017 Best Female South African Farmer, Irene Livhalani Madima of Rembander Agribusiness in Tsianda Village. Her farm income is sustained by cash crops throughout the year but she also grows mangoes and litchis mostly. She expressed the opinion that the chickpea was a peculiar crop to her and she is still learning more about it. Her biggest challenge was her method of irrigating the crop. She ended up opting for flood irrigation. She also observed that some birds are interested in the crop.