The University of Venda (UNIVEN) in collaboration with Bela-Bela Communal Property Association (Bela-Bela CPA) had on Thursday, 04 October 2018 organised a research seminar day for final year Animal Science students. The event took place at Zebula Golf Club, in Bela-Bela. The event marked the completion of the second objective of the collaboration agreement, which entails investigations into farm production challenges faced at Mahlomoholo Investments Ltd/Pty (Poultry Farm of the CPA). The students investigated the effect of in-house location (a proxy for variations in temperature) on laying performance of Hy-Line Brown chickens of different ages.

Participants at the student research seminar 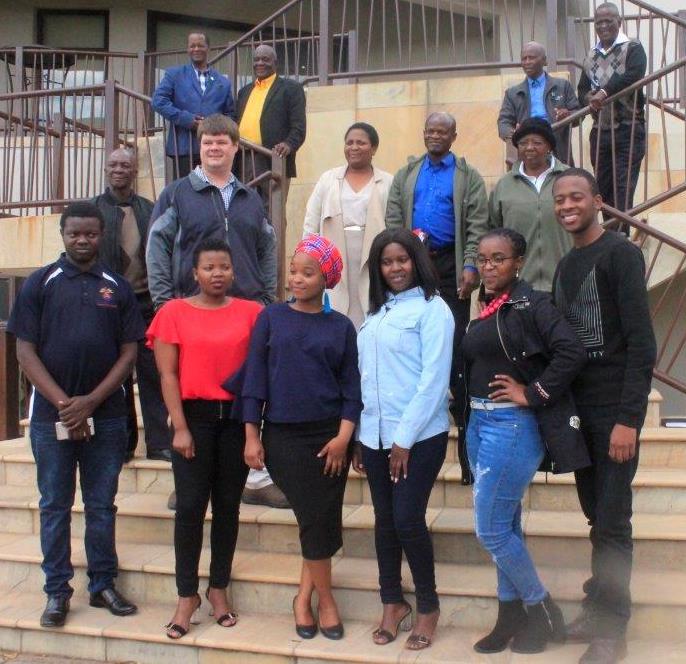 Mr Barrington Mabuela (Director of Mahlomoholo Investments Ltd/Pty) who was the programme director, gave highlights on the history, agricultural enterprises and achievements of the CPA, through a video. He said “it was the business approach used by the CPA (which makes it different from other CPAs’) which makes it a dominant receiver of awards at provincial and national level”. The recent involvement of the CPA in capacity development (in collaboration with UNIVEN) made news in (i) page 2, Internal News Letter January 2018, Commission on Restitution of Land Rights, (ii) page 1, Nendila February 2018, Newsletter of the University of Venda, and (ii) Limpopo Department of Agriculture and Rural Development (http://www.lda.gov.za/News/Latest%20News%20and%20Events/Pages/default.aspx).

Ms Jerita Mabula (The Chairperson of the CPA) gave a brief background of the journey that the CPA has travelled. “We are very proud to realise that through collective efforts we have been able to make a conducive learning environment for students, which is a feat never before imagined”. That fact that they are a community structure that is able to certificate students was seen as a big achievement. She urged other CPAs’ to emulate what Bela-Bela CPA is doing and also indicated that it will not be an easy journey. In conclusion, she welcomed stakeholders in attendance and invited for full participation in the proceedings of the day. 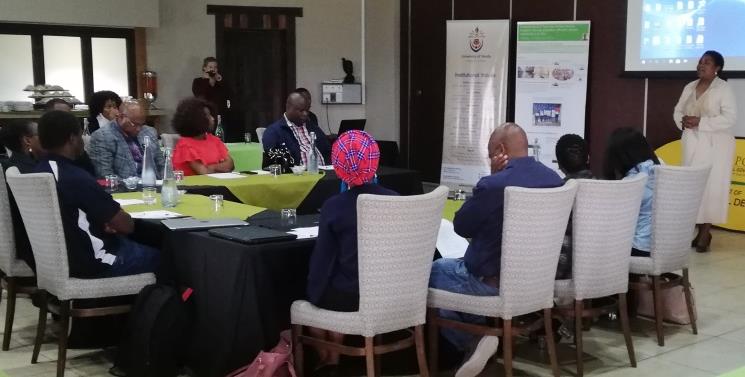 On the purpose of the day message, Ms Kgabo Mahlako, WIL coordinator, Department of Animal Science, UNIVEN said “today is aimed at sharing research findings from experiments which the fourth year students have conducted during their work integrated learning at the CPA poultry farm”. She further said amongst us we have promising scientists who worked tirelessly on their research projects to find out if what was
perceived as possible production challenges associated with egg production were indeed challenges the farm should be concerned about. 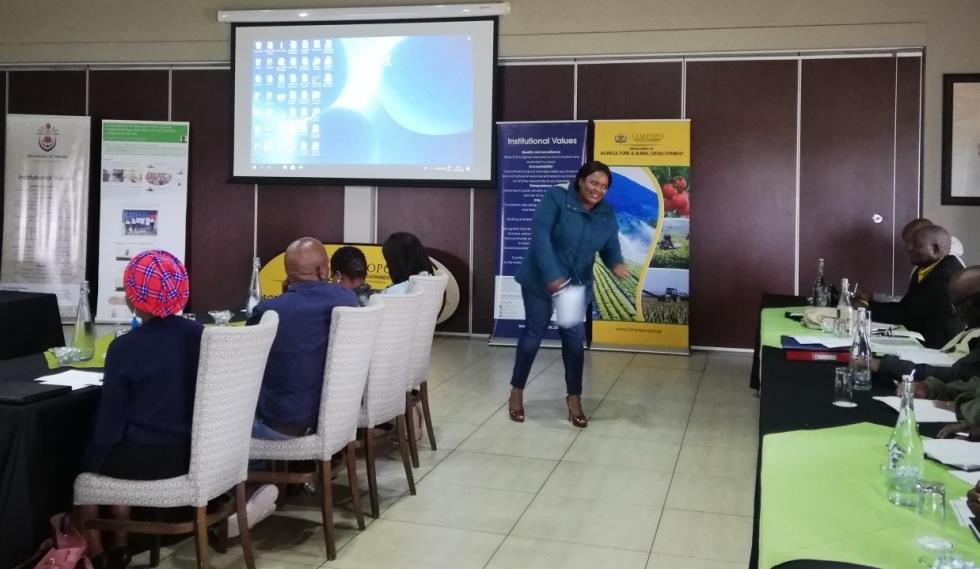 Ms Mahlako explaining the purpose of the day

Each of the students was allocated 10 minutes to present the research findings, which included the topic; background; material and methods; results and discussion and the conclusions. The research findings will be submitted to peer reviewed journals, hence they will not be discussed further. 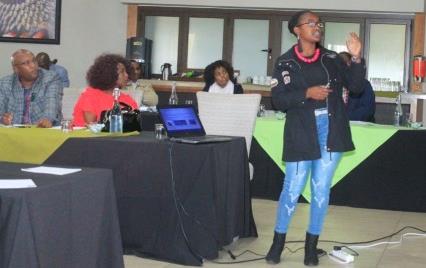 To contextualise and sum up the findings of the students work, Mr Justice Netshipale clarified that the performance parameters at various stages (weeks of production) as reflected on the expected normal laying production curve should be understood in that context and be used for comparison with observed data for similarity; and locations (three zones per layer house) are expected to differ in temperatures because of the convective forces and the proximity to the cooling system in the house. Mr Netshipale also presented a summary of student findings by making a comparison between the performances of laying hens of different ages in two cooling systems. Mr Netshipale chaired the questions and answers session.

In his complement message to the students, Mr Stephan Botha (of Eggspert Eggs, a business partner of Mahlomoholo Investments Ltd/Pty) said “the students had ensured that biosecurity measures were adhered to” by insuring that biosecurity protocols were followed at the farm entrance and entrances of layer houses. The students did not only minimize the risk of Avian influenza to the farm, but also contributed towards national Avian influenza control. 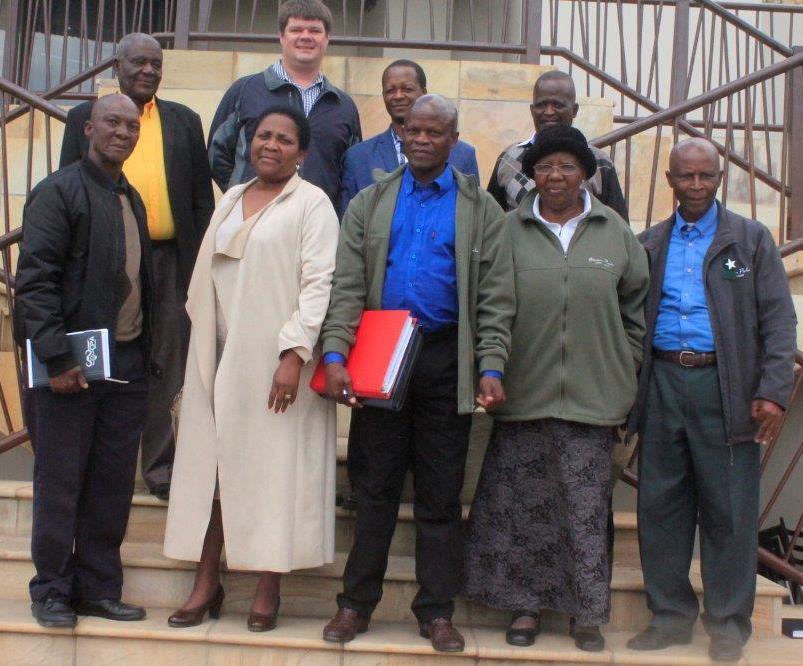 Towards the conclusion of the day’s work stakeholders had an opportunity to make recommendations. Stakeholders also proposed future work and research for the collaboration.

Mr Nicholas Magada from the Department of Rural Development and Land Reform, Regional office in Polokwane, proposed a vote of thanks. 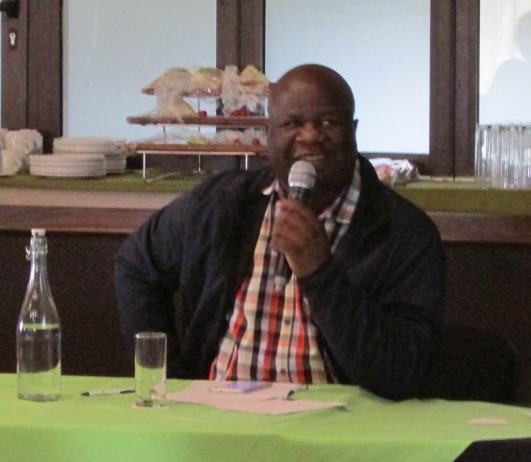 The collaborating institutions (The CPA and UNIVEN) acknowledged contributions from Mr Lesley Mashiloane (LDARD, with a microphone in picture below), for devoting Tuesday the 2nd October for preparing students for presentations and voluntarily capturing the minutes of the proceedings. 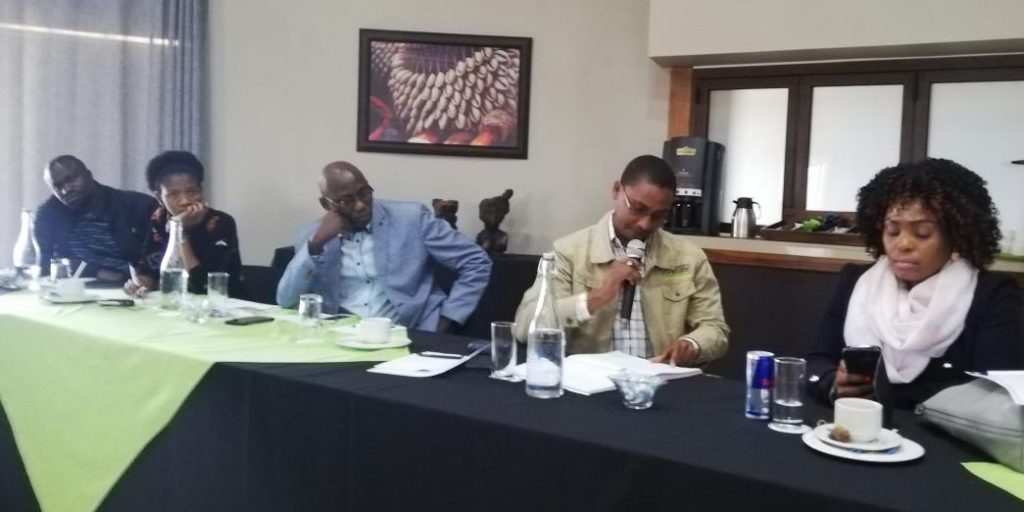