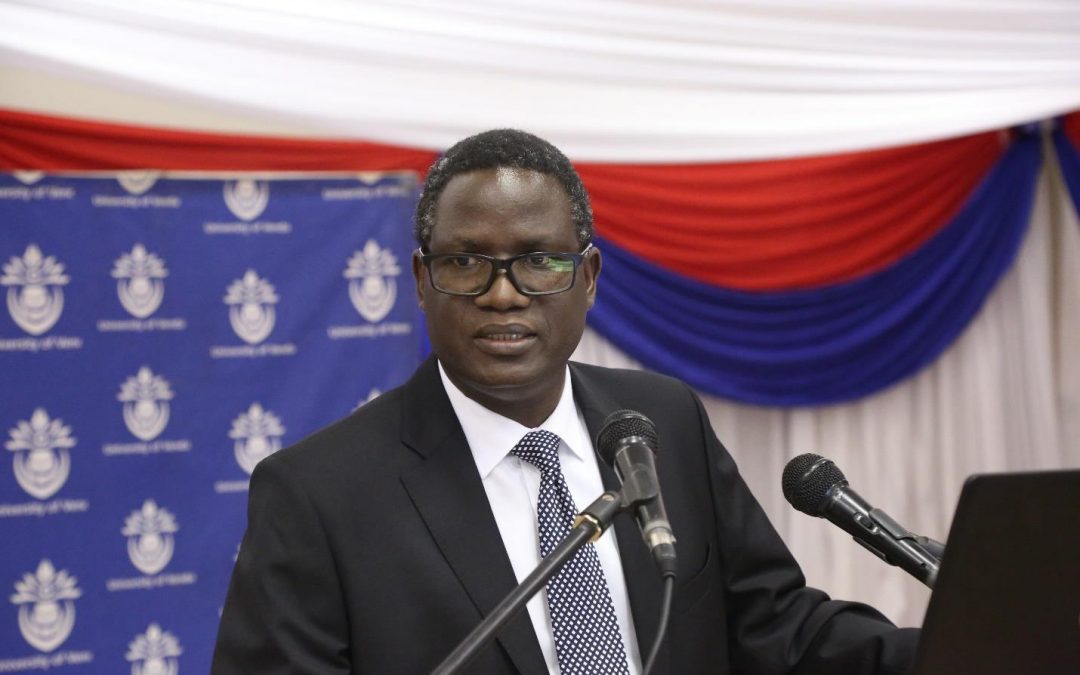 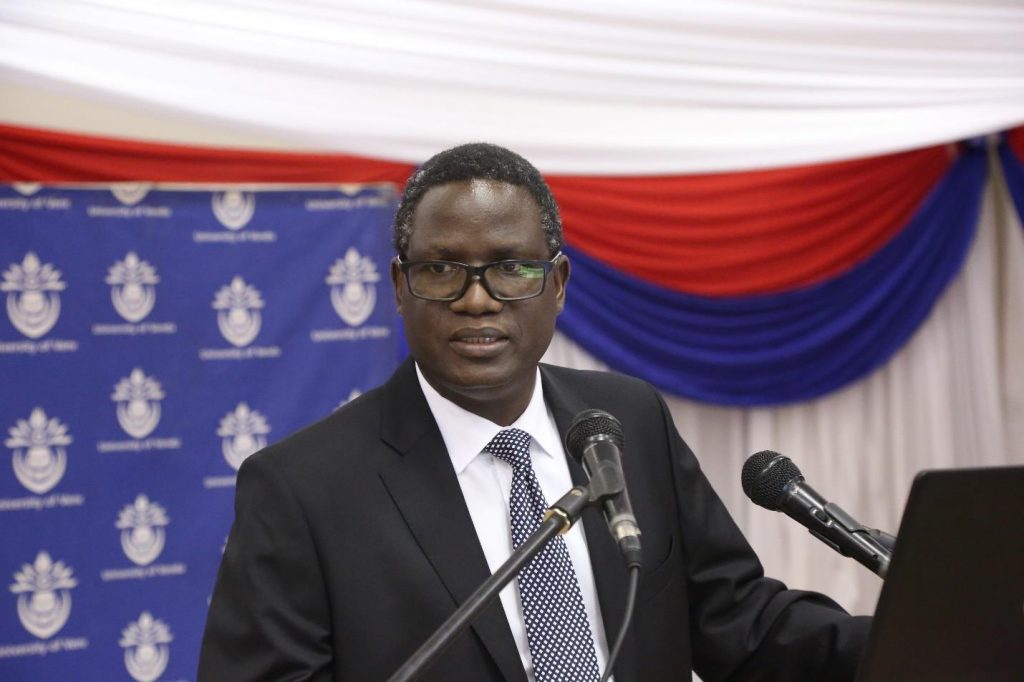 Dr Nthambeleni thanked the Chairperson and Council for entrusting him the responsibility to lead the University of Venda as its new Vice-Chancellor and Principal. He remarked to Executive Committee of Council that he takes his new responsibilities seriously and with diligent humility.

He reiterated his position that during his tenure in office he intends to work with the University Executive Management, Senior Management and all structures and stakeholders to position the University of Venda to become one of South Africa’s leading University, that is recognised nationally and internationally for its quality undergraduate, postgraduate and research output in creating knowledge and
making a difference locally and globally. 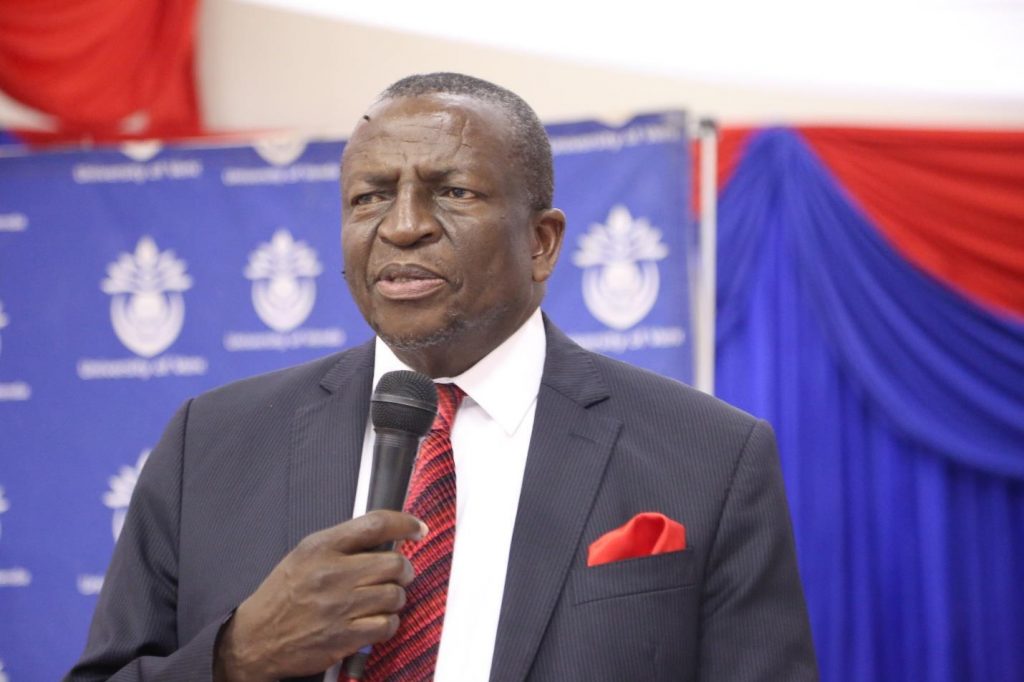 Univen Chairperson of Council, Mr Serobi Maja, officially welcomed and introduced the new Vice-Chancellor and Principal to the University and its Executive Management. Mr Maja said that Dr Nthambeleni brings with him to this institution, a wealth of experience in managing People, Research, Funding and Science and Technology agreements.

He described Dr Nthambeleni as someone who is an accomplished and successful executive with extensive leadership experience in the higher education sector, research and development sector. He possesses a breadth of knowledge and relevant experience that will enable him to successfully lead the University of Venda to become a powerful vibrant regional player in the higher
education sector and a major academic and research outputs contributor to the South African National System of Innovation.

Dr Nthambeleni is currently a member of Council on Higher Education and National Research Foundation’s task team that is constituted to review the quality of doctoral degrees conferred by the South African Higher Education institutions.

Mr Maja further mentioned that, with the experience that Dr Nthambeleni has accumulated over the past number of years in the education sector, he is confident that the new Vice-Chancellor and Principal will be able to move Univen forward. He concluded by thanking Prof Jan Crafford who was Acting as the Vice-Chancellor and Principal and his team for playing a critical role for ensuring
that the University continued to function smoothly. Mr Maja wished Dr Nthambeleni best of luck on his new and very challenging career and told him that the Council will fully support him throughout and will be available to assist him to make Univen one of the best institutions of higher learning.

Univen Executive Committee of Council posing for a group photo with the new Vice- Chancellor and Principal (Second from right- seated) at the Council chambers. 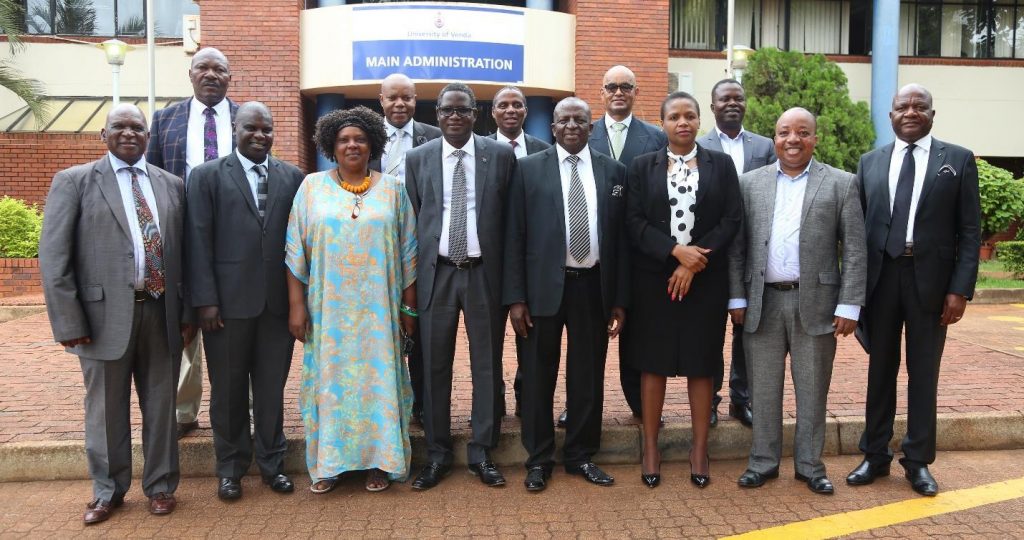 Members of Univen Executive Committee of Council posing for a group photo with the new Vice Chancellor and Principal (front row- fourth from left) outside Main Administration building.