Human Rights Day is not just a holiday 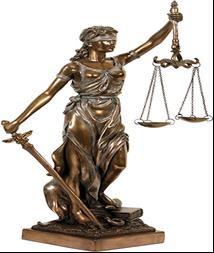 Whilst human rights day is commemorated on 10 December around the globe, South Africans observe human rights day on 21 March. This is because Human Rights Day in South Africa is historically linked to 21 March 1960, and the events of Sharpeville. On that fateful day 69 people died and 180 were wounded when police fired on a peaceful crowd that had gathered in protest against the Pass laws. That day marked an affirmation by ordinary people, rising in unison to proclaim their rights. It became a crucial date in the South African history that today South African citizens commemorate Human Rights Day, a day which is a reminder about citizen’s rights and the cost paid for our treasured human rights and freedoms.

Human rights are understood as rights which belong to an individual as a consequence of being a human being and for no other reason. Therefore, everyone has rights simply because they are human. In 1948, the United Nations adopted the Universal Declaration of Human Rights (UDHR). The UDHR is premised on the respect for human rights and human dignity, foundation of freedom, justice and peace.

South Africa’s Constitution of 1996 has an entrenched Bill of Rights, found in Chapter 2 of the Constitution. This means that certain provisions of the South African Constitution can only be changed by a two-thirds majority in Parliament, which makes it difficult for anyone, including the government, to tamper with the basic rights of the citizen.

In 1948 the Nationalist Party came to power in South Africa and formalised segregation in a succession of laws that gave the government control over the movement of Black people in urban areas. The Native Laws Amendment Act of 1952 narrowed the definition of Blacks with permanent residence in towns and cities. Legally, no Black person could leave a rural area for an urban one without a permit from the local authorities, and on arrival in an urban area, the person had to obtain a permit within 72 hours to seek work. The Reference Book, or Pass, included a photograph, details of place of origin, employment record, tax payments, and encounters with the police.

In 1956 women from all walks of life, protested against the racist Pass laws, when 20,000 women marched to the Union Building in Pretoria, singing “wathint’ abafazi, wathint’ imbokodo – you strike a woman, you strike a rock”.

The Pan Africanist Congress (PAC) proposed an anti-Pass campaign to begin on 21 March 1960. Black men gathered at Sharpeville without passes and presented themselves for arrest. The order was given to disperse, after which the Police opened fire on the crowd of men, women and children. Following the Sharpeville massacre, a number of black political movements were banned by the Nationalist government, but the resistance movement continued to operate underground.

Advocate Simangele Mavundla, Univen Lecturer in the School of Law who lectures Gender and Law, and co-teach Human Rights Law highlighted that, most South African citizens know about their rights. “I infer this conclusion from the ‘fees must fall movement’ where we saw how young people called on the government to implement free higher education.” She further said that, Laws are promulgated to regulate human behaviour, it matters not whether you are male or female or child. Hence the greatest symbol of justice is depicted blindfolded. “However, when there are marginalised groups despite the advent of a law, the state may enact a law that will protect that vulnerable group such as a law against domestic violence, child abuse, black economic empowerment, etc,” she added.

When asked about the Rights regarding the abolishment of Corporal Punishment that was abolished at primary and secondary schools in the country, she expressed that the South African government had its reasons for the abolishment of corporal punishment in schools. Advocate Mavundla further highlighted that, there are other forms of disciplines which can be used to correct a child under the theme called positive discipline. Parents of learners also have the duty to teach their children social values, norms, or morals which are acceptable in a community.” Regarding the recent cases relating to learners who physically fight/beat their teachers, she said that she is yet to see a community which accept that a minor should beat an elder. “So parents should teach their children acceptable social norms, values and morals.”

On the issue of Parliament approving land expropriation Bill

She said the matter of land expropriation is currently in the capable hands of parliament, an institution whose duties are to make laws for the betterment of all South Africans. “Should the Bill pass into law, it will be tested in courts to see if it is in-line with the spirit of the Constitution,” expressed Mavundla.