LGBTI+Q people should be loved, not discriminated

The 2017 Symposium focussed on conversation with the community leaders about providing a benevolent leadership amidst communities struggling with stereotype and prejudices. Following a multi-stakeholder appreciative dialogue principle, the conversation embraced everyone regardless of age, social status and gender. 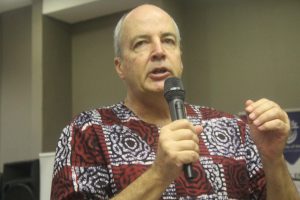 We should have the sense of Ubuntu- Prof Crafford

In his opening address, Univen’s Deputy Vice-Chancellor Academic Prof Jan Crafford indicated that part of the reason why it is important for UNIVEN to host the symposium is that, it is not acceptable if students who identify themselves as LGBTIQ find it difficult to learn and sometimes drop out or fail to pursue their studies because of being ridiculed or discriminated against. He further mentioned that being human starts by showing humanity to others. “You do not choose who to love if you really know what love is,” he said. 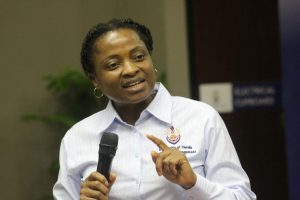 Univen’s Director of Community Engagement Directorate, Prof Vhonani Netshandama raised participants’ eyebrows when she said that there are people (transgender) who spend a lot of time and energy saving money so that their organs be operated and be aligned to what they feel inside of themselves. “Therefore, as human beings, instead of judging, rather let us seek to understand.” She said that the methodology that they chose to employ is one that compels them to shift power, question themselves on a whole array of subjects, stereotype, prejudices and sometimes senseless hurtful behaviour towards other human beings. She added by pleading with people, young and old to be reflective, search themselves and introspect because freeing oneself from prejudice takes time. 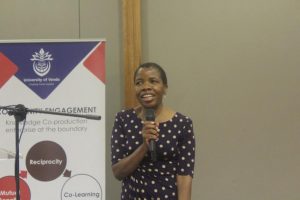 Prof Azwihangwisi Mavhandu-Mudzusi, of Health Sciences at UNISA, who specialises in HIV and AIDS management shared her experiences regarding the association between the spread of HIV and stigma and discrimination of LGBTIQ community.

She said when she was a coordinator of HIV and AIDS programme on campus she interacted with many students who subjected themselves to risky sexual behaviour because of fear of discrimination and stigmatisation. “During pre-test counselling I would often ask about the sexual partner of a student or anyone who sought testing. That’s when I realised that there is a need to engage further on the issues and to educate people about the dangers of supressing others.” 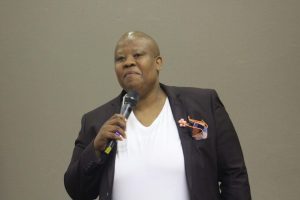 Lekgowe Thipe, student counsellor at UNISA said that she has lived half of her life the way she did not like due to the society expectations. If I had to choose between being a male and female, I would have chosen to be male. “I am that kind of a female who likes driving big trucks and playing soccer which the society suggest to be for males,” she added. She shared with the participants that she loves kids, as such, they (with her partner Boitumelo who also attended the symposium) are planning to have kids soon. She further expressed that she sometimes struggles with people’s obsession with labels and categorisation. 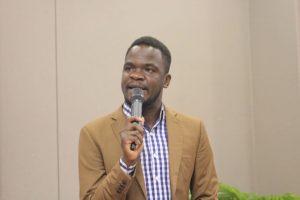 Mr Victor Raedani says being a gay is not by choice

“Being a gay is inevitable to those that are gays, as such, I did not choose to be one,” said Thohoyandou Victim Empowerment Programme (TVEP) LGBTIQ activist Mr Victor Raedani. He stated that he was once assaulted as a result of him being a gay and nearly lost his life. “There is no one who choose to put their Christian family into disrepute. There is no one who can choose to put their life at stake if being a gay was by choice,” he said. He concluded by urging church leaders to accommodate the LGBTIQ community in their churches as they have nowhere to run to. 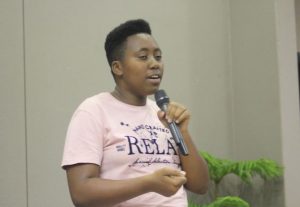 Malethabo Sedibe, a UNIVEN student says there is a marked improvement in terms of being ridiculed and obvious discrimination since she started her degree four years ago. Again, Malethabo indicated that when she was referred to as lesbian in the beginning, she did not even understand what that meant. She only understood at a later stage. 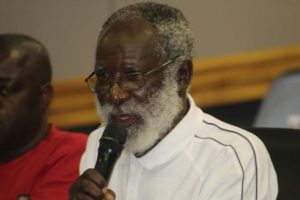 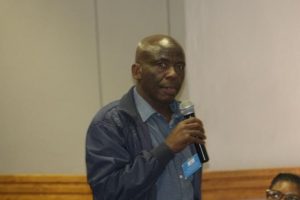 Left: Mr Thovhogi encourages the community members to create a safe space for everyone
Right: Mr Hobyane, wished Nono well and said that she will be blessed with as many kids as she want 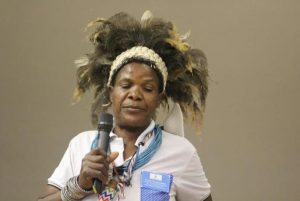 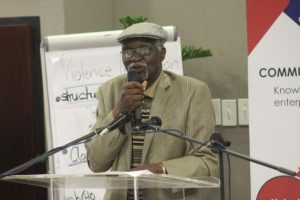 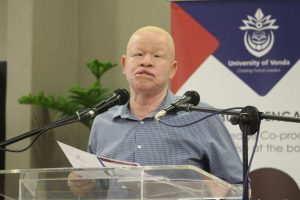 A renowned gospel singer and Cllr Mbilu Rambuwani said that everyone is created in the image of God. He referred to churches as places where people should run to and not be discriminated against irrespective of their sexual orientation. He stated that it is a blessing that the pastors and traditional leaders have come together to fight for rights of LGBTI+Q community. As he came to the symposium on two capacities for religious representative and ward councillor. He said that all the participants and most importantly the LGBTIQ community are potential voters and potential customers for business people. “As such, the LGBTIQ should be accepted the way I as a ward councillor do,” he concluded. 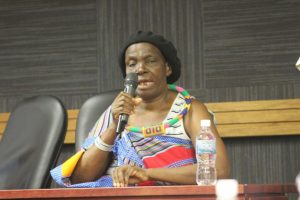 Mrs Irene Singo said sometimes lack of knowledge brings fear, and fear make us hurtful. “We do not have to be afraid of our own children and other people,” she concluded.

University of Venda > News > LGBTI+Q people should be loved, not discriminated