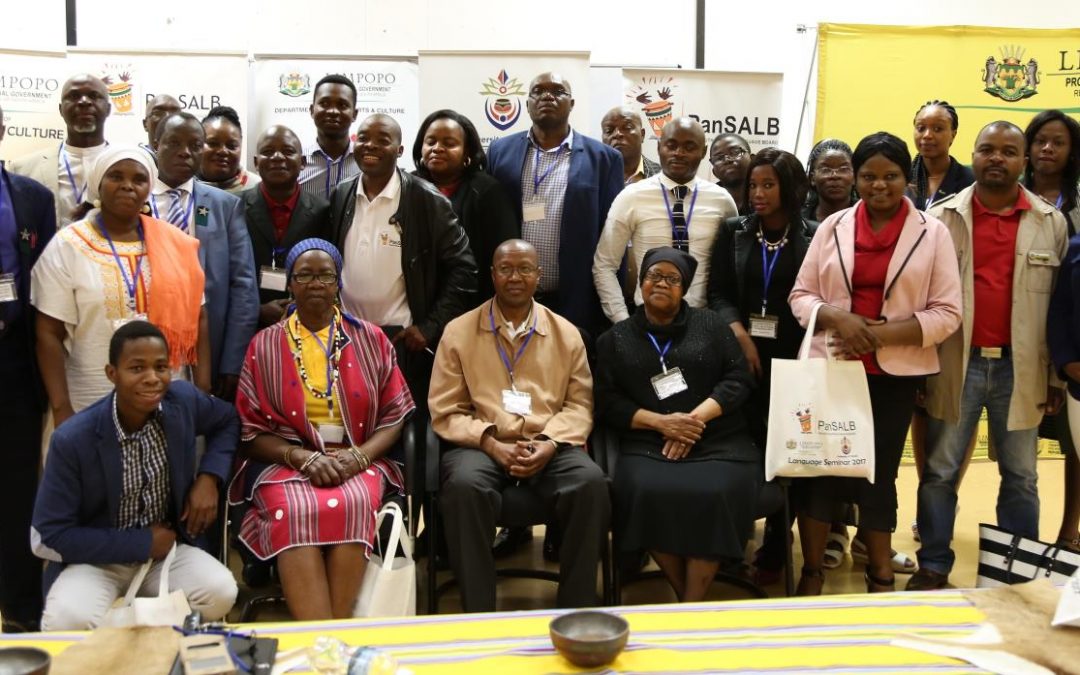 As part of heritage month celebration, University of Venda (Univen) in partnership with Limpopo Department of Sport, Arts and Culture and Pan South African Language Board (PanSALB) held Language Seminar on Translation and Diversity on 29 September 2017 at E1 Lecture Theatre. 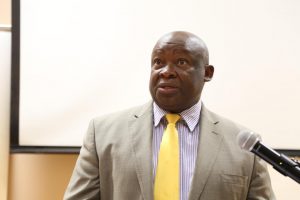 The Head of Department of Sport, Arts and Culture in Limpopo Province, Mr Mortimer Mannya, said as the Department, they are really grateful to be part of the seminar. “This is a clear indication of the fact that collaboration works much better than working individually,” he added.

He further said that they have the responsibility to promote all the official languages found in Limpopo Province. “But we realise that alone as the department, we will not be able to achieve the desired results.”

He added that Limpopo Province is rich in heritage, talent and resources. “People of this province are the most culturally diverse people as compared to other provinces. Our languages are our heritage and we need to make sure that our languages are growing,” he said.

He concluded by alluding the fact that languages are becoming more of economic commodities than just a means of communication. 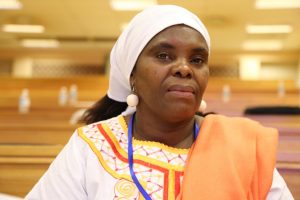 PanSALB Senior Provincial Manager, Ms Mapula Madiba, said the purpose of the seminar was to gather information about indigenous languages. It was also aimed at assisting with the continuation of developing and promotion of the indigenous languages to reach the standard of English and Afrikaans. 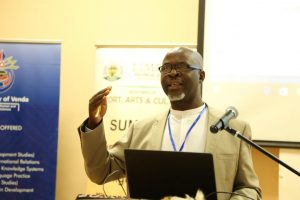 Dr Raphalalani said forms of oral tradition or folklore, particularly proverbs seem to be vanishing among the Vhavenda community

A lecturer at MER Mathivha Centre for African Languages, Arts and Culture, Dr Tshinetise Raphalalani’s presentation focused on ‘The Significance and Appropriateness of Tshivenda Proverbs in the New South Africa’.

Dr Raphalalani said cultural norms and values among Vhavenda community used to be transmitted from one generation to another through verbal means. He said the means of communication were implemented through oral tradition or folklore. “Folklore is an expressive genre which consists of legends, music, oral history, proverbs, jokes, popular beliefs, fairy tales, stories, riddles, ceremonies and rituals,” Dr Raphalalani added.

Dr Raphalalani added that post-apartheid South Africa era is characterised by a new legal order where the constitution is the supreme law of the country. “Forms of oral tradition or folklore, particularly proverbs seem to be vanishing among the Vhavenda community. The vanishing of this important genre seems to be negatively impacting the moral fibre of the entire South African society and the Vhavenda community in particular,” Dr Raphalalani said. 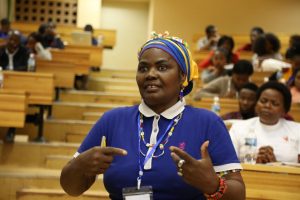 “Most complex linguistic phenomenon emanates from the belief that some languages together with their lexicon and grammars are primitive, therefore they are considered as not appropriate for use within specific communities,” said Dr Masindi Sadiki, a lecturer in the Department of Communication and Applied Language Studies at Univen.

Dr Sadiki was presenting on ‘Deafness and Identity: Some linguistic varieties in South African Sign Language.’

Dr Sadiki further said that, among deaf communities, a clash in language use exists where some members are considered to be using the signs that are either old or compose non-standard varieties even though they do serve meaningful communicative functions among the speakers of South African Sign Language.” 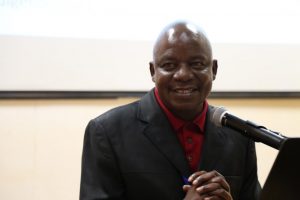 Dr Rasila outlined that writing and publishing in indigenous languages is facing many challenges in South Africa. “Some parents prefer their learners in urban schools not to learn home languages as their own and first languages but second or additional languages. They use English as the first and home languages as additional,” Dr Rasila added. 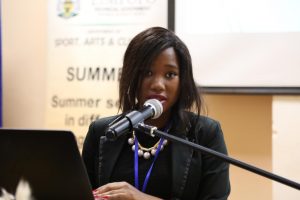 University of Limpopo student, Ms Dimakatso Kgwadi, who presented on ‘Translation of Subtitles in Selected SABC Soapies: The Case of Northern Sotho’ said the translation of subtitles plays an important role in multilingual countries such as South Africa. “It is important for translators to translate relevant information to their viewers because wrong translation will mislead the viewers,” Ms Kgwadi added. 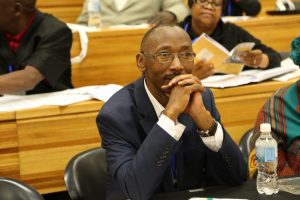 The seminar was also attended by the Chairperson of the Limpopo House of Traditional Leaders, Kgoshi Malesela Dikgale.

Participants photographed during the language seminar