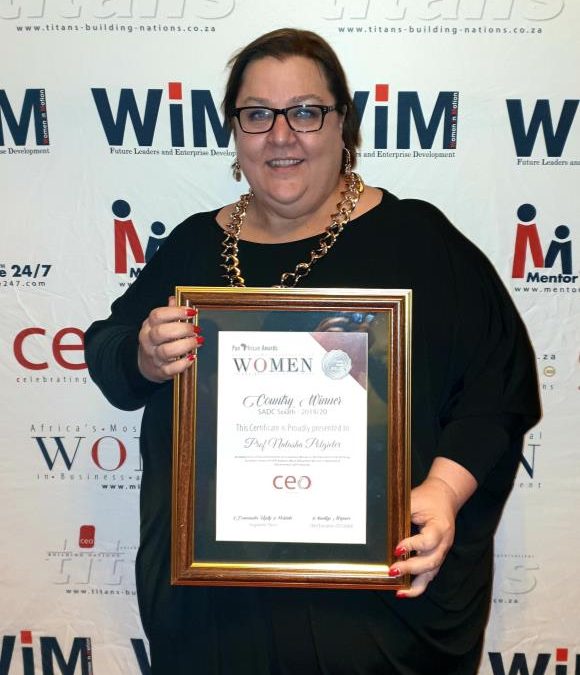 August is a month for celebrating women’s achievements and their role in society. During a ceremony which took place at the Hilton Hotel, Sandton on 23 August 2019, Professor Natasha Potgieter, Dean of the School of Mathematical and Natural Sciences, received an award as a country winner (in the category Education: Academics) in the CEO Global’s Pan Africa’s Most Influential Woman in Business and Government AND Titans: Building Nations – SADC South 2019. 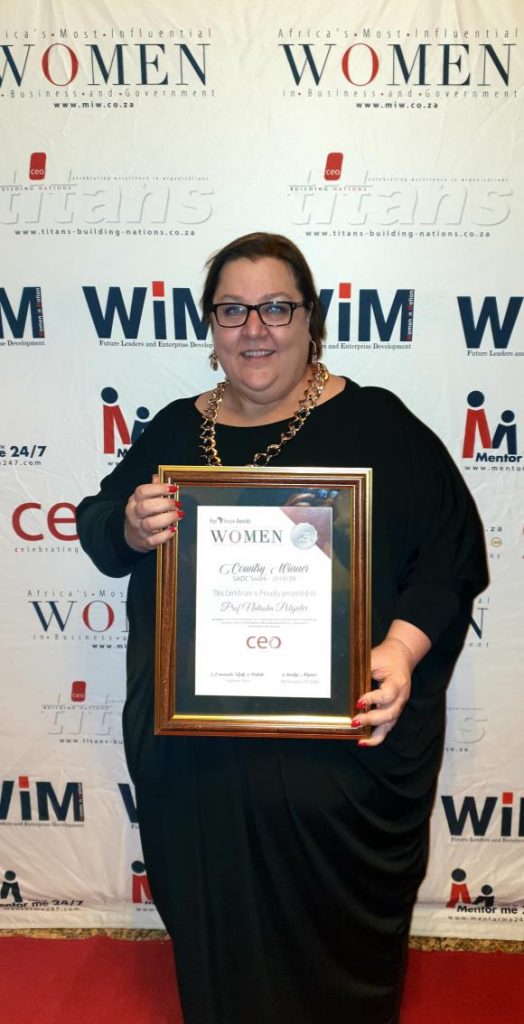 Professor Natasha Potgieter, Dean of the School of Mathematical and Natural Sciences

The mission of the awards is to identify and recognize Africa’s most influential male and female leaders. The awards are the leading African recognition programme

honouring excellence in the private and public sector. The Programme covers 23 economic sectors and has for the past nineteen years independently recognized those leaders who are at the pinnacle of their industry.

All nominees undergo a rigorous multi-tiered judging process and those individuals who have been recognized as winners in their fields can be assured that they have truly excelled. This recognition looks at 8 regions on the African continent and in each region, country and regional winners are identified. The judging panel comprises leading figures from the business and public sector that have excelled in their own right and understand the demands made upon contemporary leaders. The judging process consists of three tiers and is comprised of 24 representatives from across Africa. Broadly speaking, the judges look for candidates who have made an impact on the profitability/sustainability of their organization or that of their employer; played a leading role in the development of their sector; willingly developed those around them and invested of themselves in the upliftment of communities.