The University of Venda’s School of Human and Social Sciences hosted the 2018 Lecture Series Symposium from Monday, 29 October 2018 at the Senate Chambers. The programme aims at creating meaningful discourse about African languages and their standpoint in status quo. Prof Thomas Maita Sengani who is a retired Associate Professor in the Department of African Language at the University of South Africa presented on the first day of these lecture series. 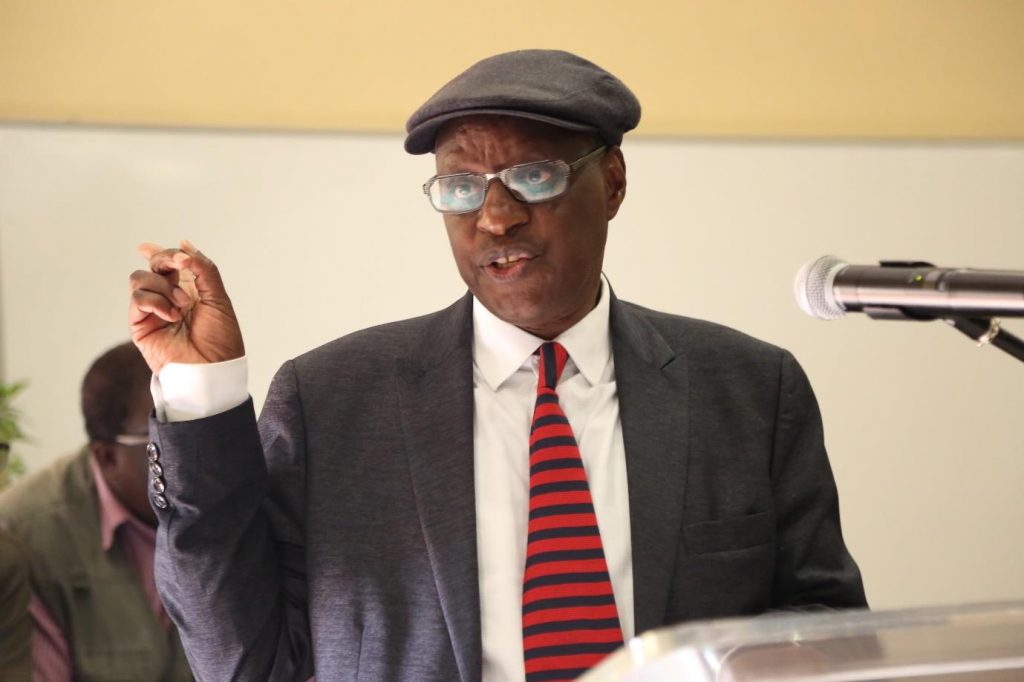 Prof Sengani presented two separate papers, the first being about the ideological impediments on African Languages’ developmental path and their potential to empower African students and communities. In his opening remarks he said “Adopt the do it yourself approach to promote African Languages”.

The second presentation was titled ‘Bantu as an identity versus Afrikaner as an identity of choice’. This topic dwelled much on the origins of the word “Bantu” and how it was used to dominate and control Africans because it was chosen out of context and consent.

He emphasised on how the concept of Bantu brought about the idea of “othering” to manipulate and delegitimise the identity of Africans whilst Afrikaner was a concept and a strategy that was well contextualised to bring attachment to the African content.

Speakers and Organisers of the 2018 Lecture Series and Symposium Programme