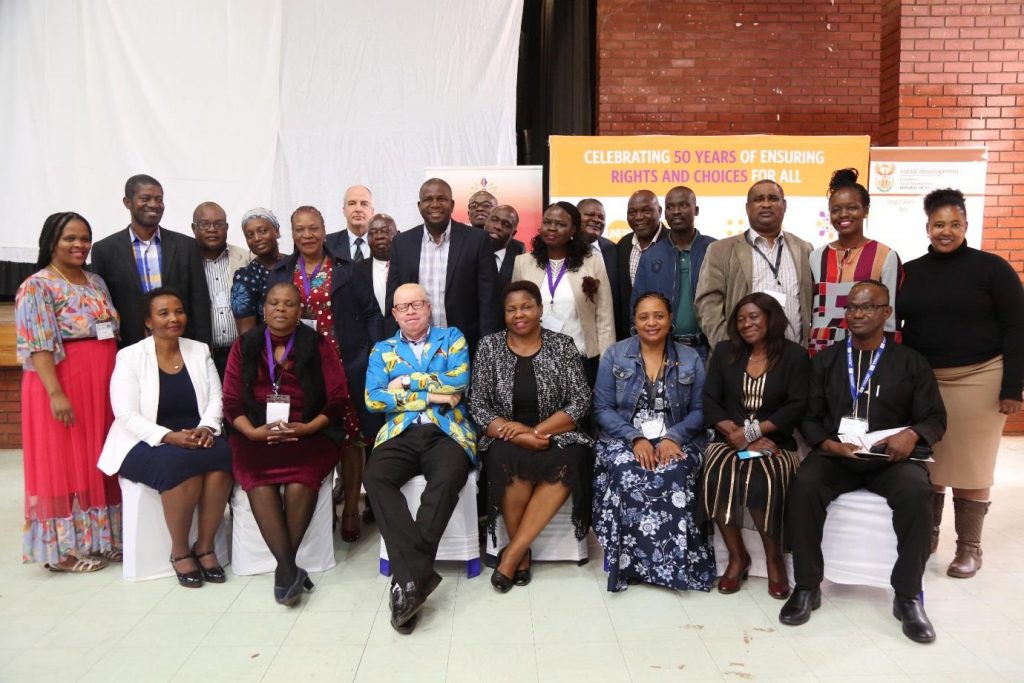 The Department of Social Development in partnership with the International Conference on Population and Development (ICPD), University of Venda (UNIVEN), Population Association of Southern Africa, and United Nations Population Fund (UNFPA) celebrated the World Population Day at Thohoyandou Town Hall on 11 July 2019.

The World Population day is an annual event that is celebrated on July 11 every year. The celebration of this day seeks to raise awareness of global population issues. It aims to find solutions for issues relating to the context of overall development plans and programmes. This year’s World Population Day was held under the theme ‘25 years of the ICPD: accelerating the promise’. 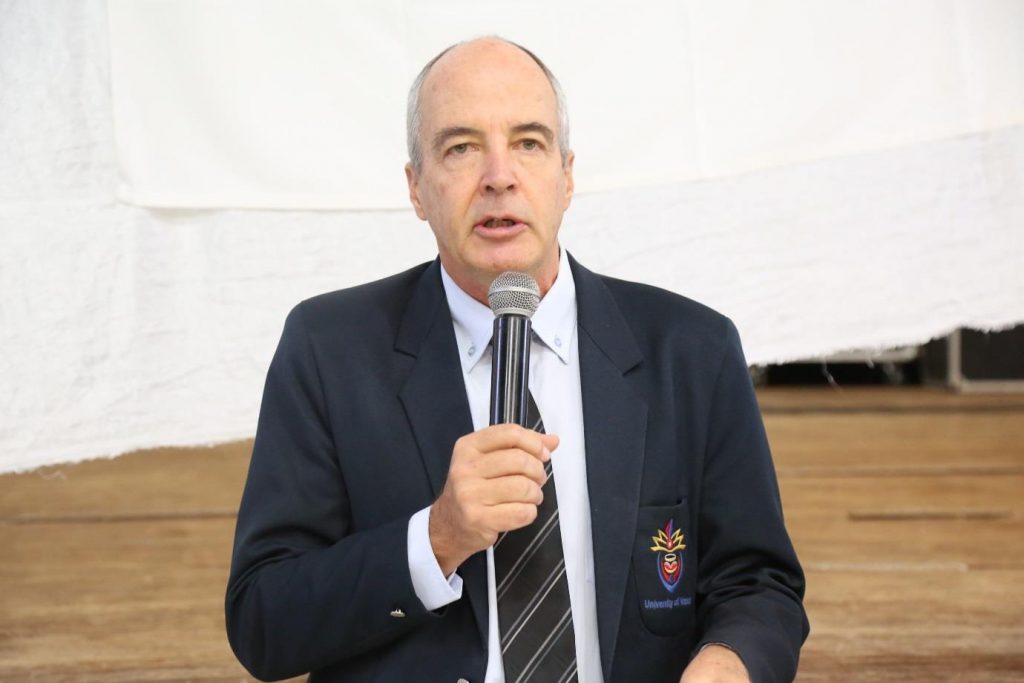 The Deputy Vice-Chancellor Academic, Prof Jan Crafford thanked the School of Health Sciences for co-hosting this event. This year’s World Population Day calls for global attention to the unfinished business of the 1994 International Conference on Population and Development. “It’s been twenty-five years since the United Nations coordinated the conference on population and development in Cairo, Egypt. The 179 governments recognized that reproductive health and gender equality are essential for achieving sustainable development,” Prof Crafford said. 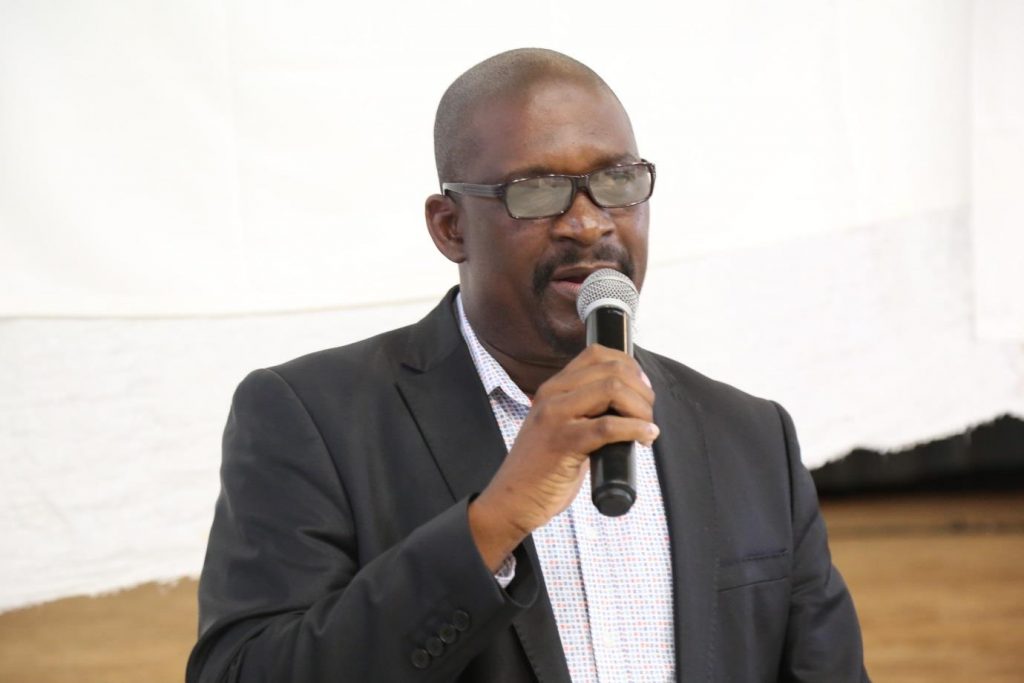 The Acting Head of Department at Limpopo Department of Social Development Mr Desmond Mahopo said: “All role players and partners must use this day moving forward to create an awareness on the importance of population issues such as gender-based rights, gender equity, and teenage pregnancy. As a province we are happy to host this important event. We must come up with solutions that young people and women are facing.” 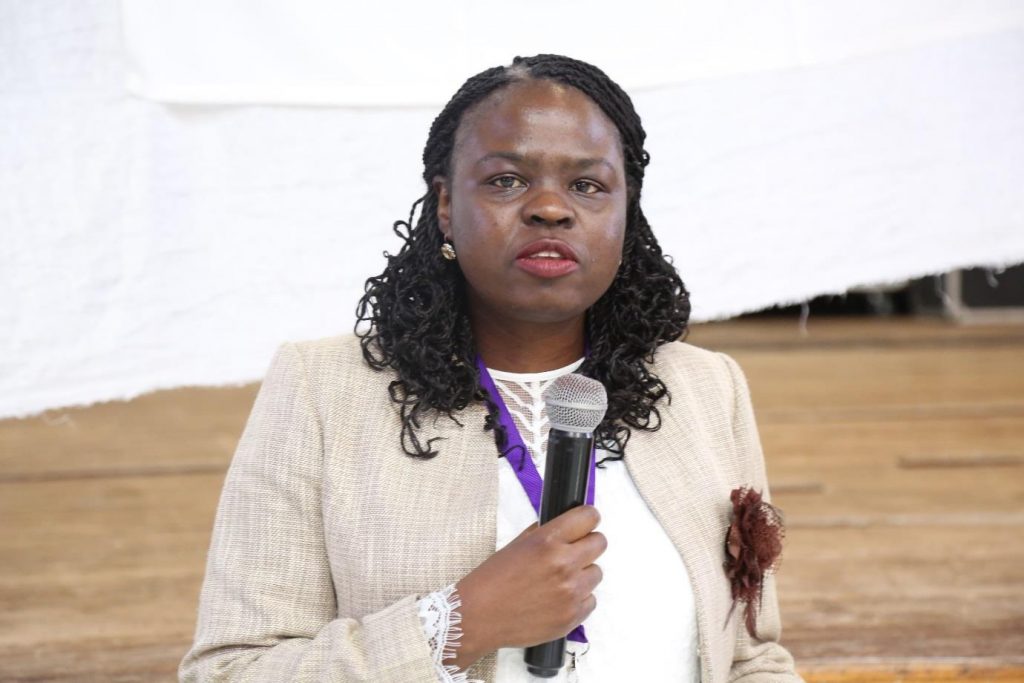 In her message of support, Tlangelani Shilubana from UNFPA, said the fact that adolescents birth rate is still high in our country, it means that we still have a lot to do. “As long as we still have new HIV infections and gender-based violence, it means we still have unfinished business. The ICPD Programme of Action was remarkable in its recognition that reproductive health and rights, as well as women’s empowerment and gender equality, are cornerstones of population and development programmes. Let’s joined hands and improve the lives of our people,” She said. 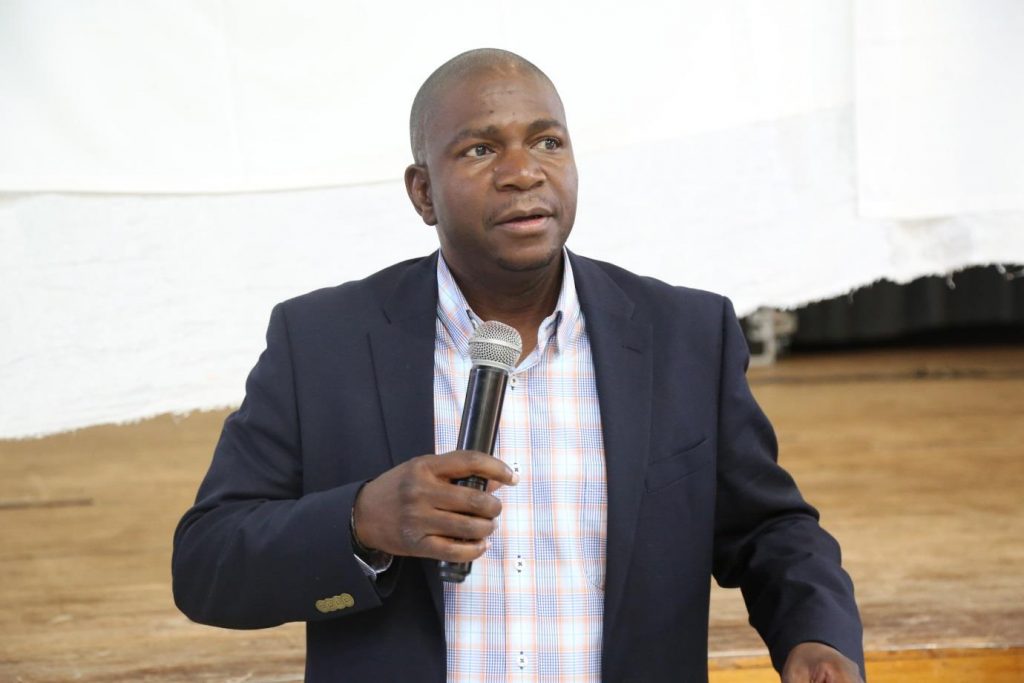 Mr Risenga Maluleke said the role of a statistics agency is to always provide light where there is darkness and challenges in the society. He assured the attendees that they will not fail them as a nation. “We will always tell the truth and demonstrate where the challenges are,” Mr Maluleke said.

He said that young people coming out of Africa especially in the northern parts risks their lives everyday in the Mediterranean Sea crossing to Europe for better lives. “It pains me greatly when western countries block the access of Africans be it Spain or Italy and say that Africans shouldn’t even go there because they don’t belong there,” he said. 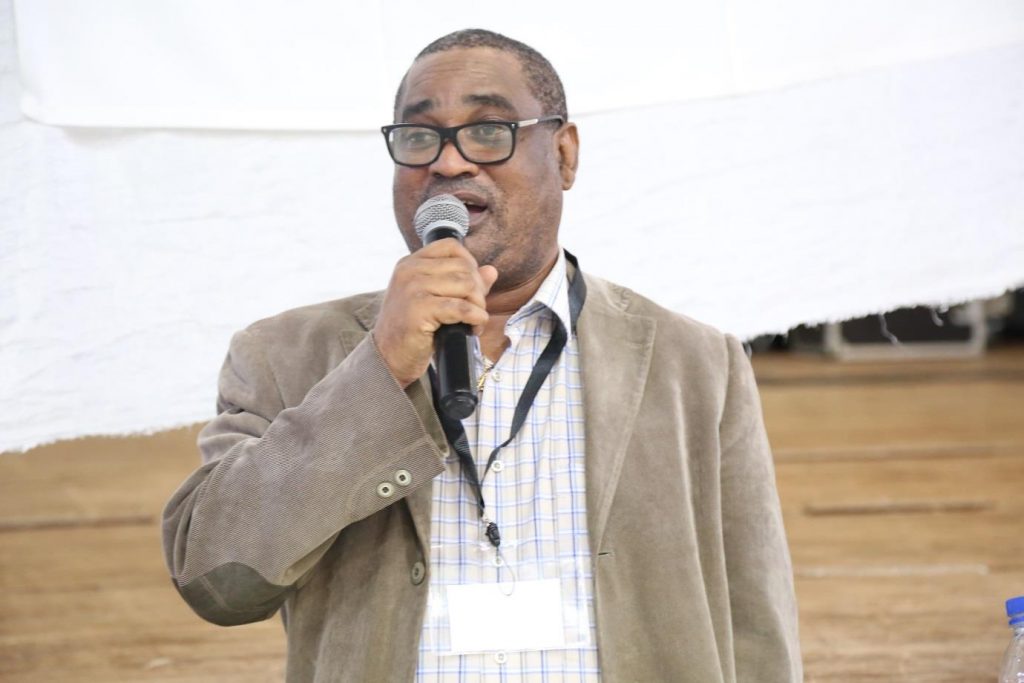 The Director in the Department of Social Development, Dr Leon Swartz said poverty alleviation and unemployment are still crucial issues in South Africa and in many Southern African Development Community countries. “Countries like South Africa, Botswana and Namibia have made significant progress in the poverty eradication. Gender based violence, Xenophobia and human trafficking are also huge problems in our country and we have to deal with them,” Dr Swartz said.

“If urbanization increases rapidly, it creates more problems such as demand in employment and infrastructure such as housing, health facilities and electricity.” 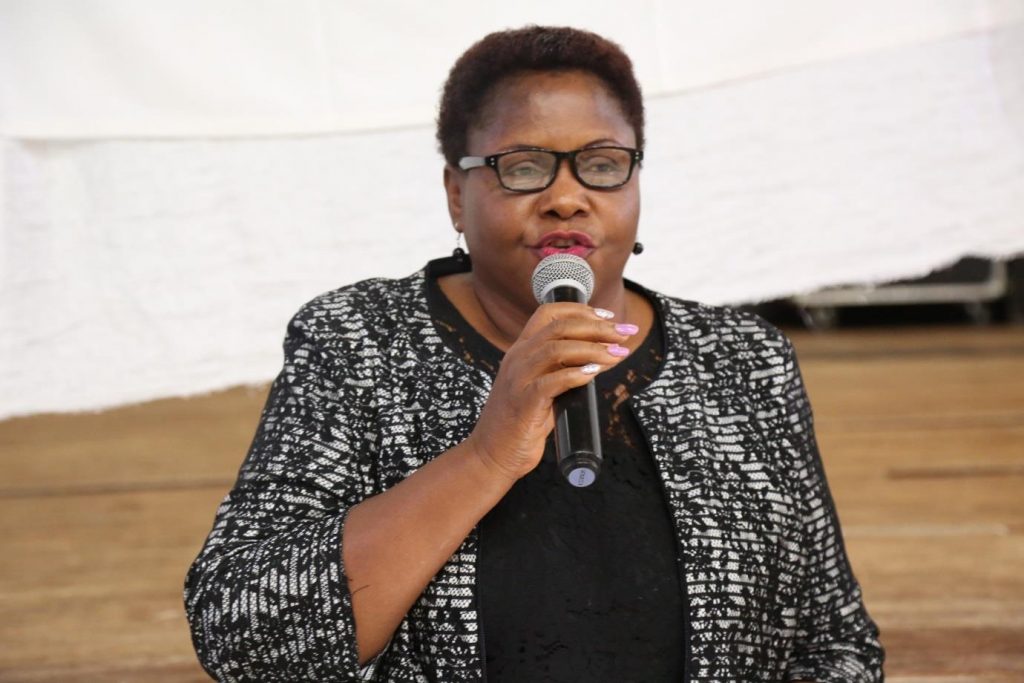 On behalf of the Limpopo MEC for social Development Nkakareng Rakgoale, Vhembe District Municipality Member of the Mayoral Committee Cllr Rose Mathukha said there is a need to emphasise that South Africans believe in the rights of women to make their own and correct decisions with regards to their reproductive health and their health in general. “We have advanced the rights of women to such an extent that we have equal representation in management spheres of both government and the business fraternity.”

“When we say ’25 Years of the ICPD: accelerating the Promise’ we are adhering to the global consensus that women’s reproductive health and rights are a precondition for women’s empowerment, and that women’s equality and empowerment are preconditions for securing the well-being and prosperity of all people.”

According to Mathukha, the continued deliberations and mobilisation should therefore revolve around these rights and the advancement and popularising thereof, among all the women in South Africa and especially in Limpopo. “It seems, however, that young women and especially those in the rural areas of the country, continue to be left behind in terms of this empowerment and equality. Incidents of teenage pregnancy is rife in especially the villages of the Province and many heart-breaking stories of how some of these girls fall pregnant, continue to unfold,” Mathukha said.

“We will continue to encourage young girls to take charge of their own lives and their own reproductive health. We believe that when teenage girls are

empowered; when they know their rights and when they are given the tools to succeed, they become agents of positive change in their communities,” she said.

In order to invest wisely in teenage girls, she said that more evidence is needed about their attitudes and behaviours, as well as the risk and protective factors that shape the opportunities available to them. “At the same time, we need to teach our boy children about the rights of their female counterparts as well as their responsibilities towards sexual reproductive health,” she said.

“We need to ensure that challenges of gender-based violence and pervasive violation of rights in our country are prevented and responded to; unmet needs for sexual and reproductive health services among marginalised groups including people with disabilities, LGBTIQ people, rural and urban poor and young people are met; high maternal mortality is reduced and the others confronting women and girls are resolved. We need to accelerate investing in and empowerment of women and girls,” she concluded. 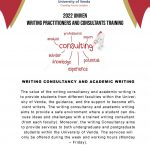 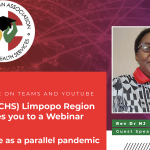