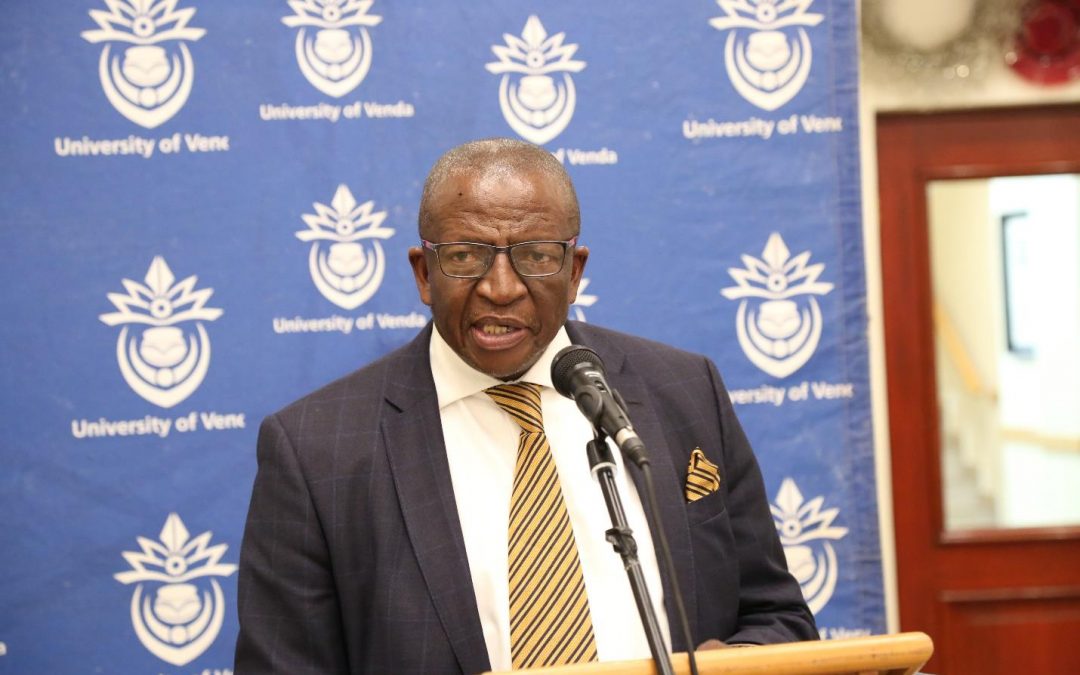 The University of Venda held a farewell function for outgoing Council at The Ranch Hotel, Polokwane, on Friday, 22 November 2019.

At the function, Mr Serobi Maja, the outgoing Chairperson of the UNIVEN Council expressed his profound gratitude to each and every member of Council for the role they played individually and collectively “to make our Council one of the best if not the best.” He also gave highlights of the outgoing Council’s achievements over the past five years (2014-2019). An example of the highlights that Mr Maja spoke about is infrastructural development where he also thanked the Ministry of Higher Education and Training for financial support. 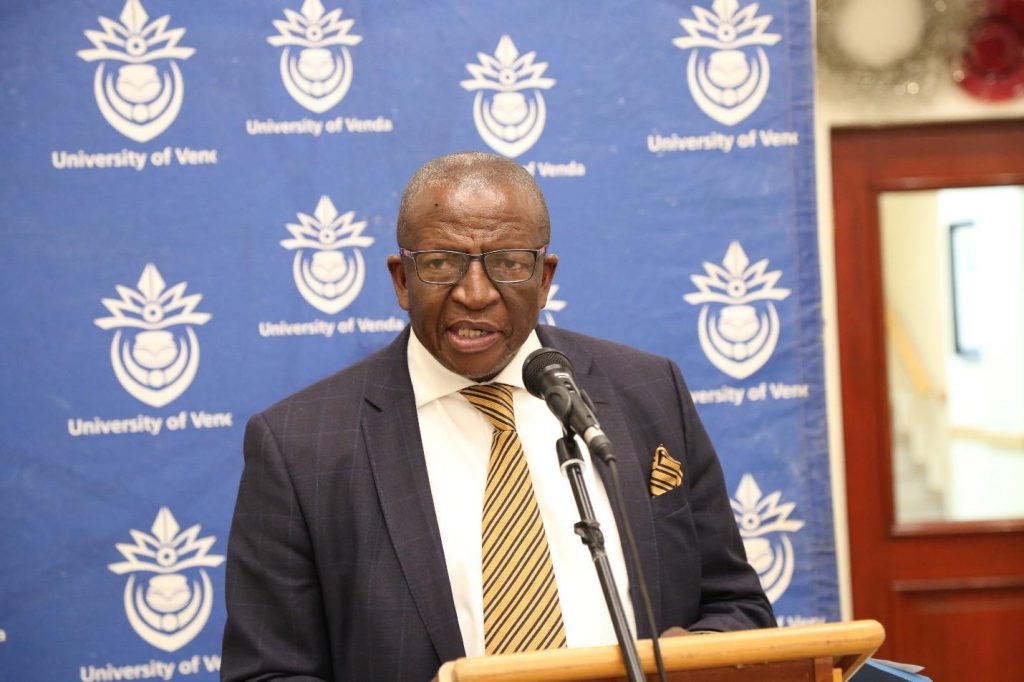 Mr Serobi Maja, the outgoing Chairperson of the UNIVEN Council

Furthermore, Mr Maja said there is no doubt in his mind that as a Council of the University of Venda, they achieved a lot of objectives that they had set for themselves. He indicated that as the highest governing body of the institution, they strained every nerve to ensure that both academic staff and students worked well together and that teaching and learning took place without unnecessary interruptions.

He particularly thanked the academic staff for ensuring that over the past five years, the number of high-quality graduates increased tremendously.” He thanked the Council for the positive role they played without exception to appoint the Vice-Chancellor and Principal of UNIVEN, Dr Bernard Nthambeleni. Mr Maja indicated that even though the Vice-Chancellor of the University comes from the same area where the institution is built, UNIVEN still remains one of the 26 South African Institutions of Higher Learning and it must continue to be treated as such. “It does not belong to a certain ethnic group or tribe but to all South Africans.”. Mr Maja concluded his address by applauding the Chancellor, Honourable Kgalema Motlanthe for the role he played during his term as the Chancellor of the University of Venda. He said Honourable Motlanthe never failed to preside over graduation ceremonies which was one of his duties as Chancellor of UNIVEN. Mr Maja advised that the University should look for a Chancellor who will always be available to fulfill his or her duties.

He wished the Vice-Chancellor and Principal together with the management team all the very best future. He also prayed that the new Council will be inaugurated in the near future and they will continue from where they ended and make UNIVEN the pride of the country. 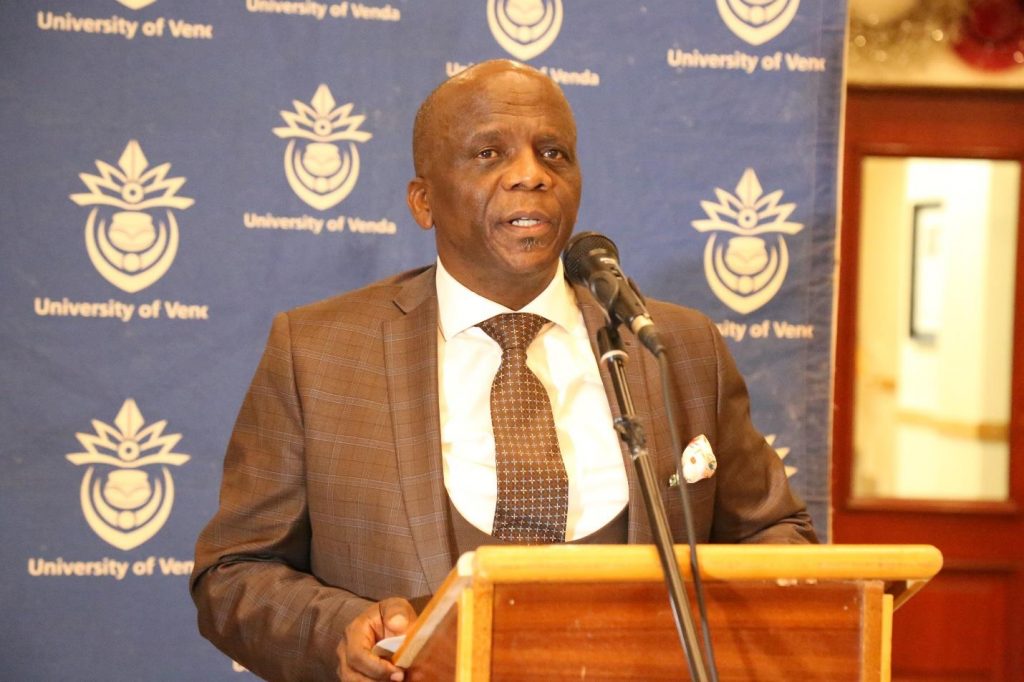 Representing the Chairpersons of Council Committees, the Chairperson of Audit Committee, Mr Joe Seoloane, elaborated that they were entrusted with responsibilities of being sub committees. He mentioned that it had been an interesting journey. Mr Seoloane further said that the incoming Council should at all times make sure that governance and ethics do not fail under their watch. In addition, they should be in position to detect failures in governance very quickly because this will assist them to fix shortcomings at an early stage.” Mr Seoloane also pointed out that UNIVEN is not too big to fail in governance, it just needed a dedicated team. He wished Dr Nthambeleni well as the Vice-Chancellor of the University and said “We hand the powers to you and please take good care of this institution because we will be watching the operations of the University as retirees and should you need any assistance, do not hesitate to seek advice from us.” 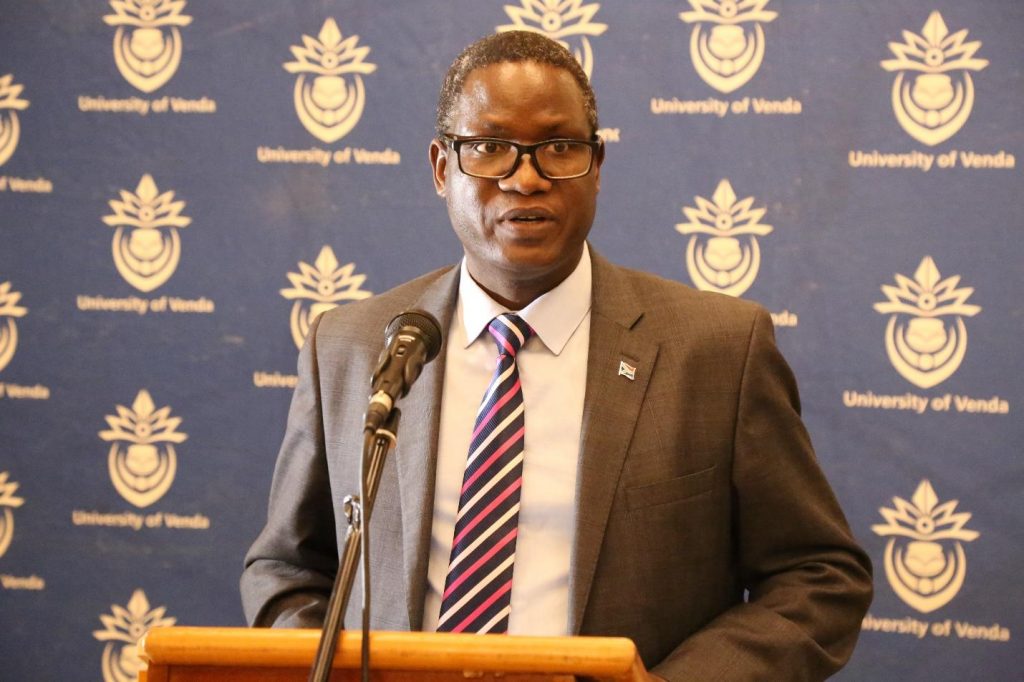 The Vice-Chancellor and Principal, Dr Bernard Nthambeleni in his farewell address, said that according to section 27 of the Higher Education Act, the role of Council of a public higher education institution is to govern and exercise general oversight role over the institution and its affairs. “The University of Venda Council took its governance responsibilities very seriously and through its sub committees, the Council scrutinised, challenged and held UNIVEN management to account.”

Dr Nthambeleni highlighted some of the achievements of the outgoing council and told the Council members that their appraisals and critique to assist with the enhancement of the University were deeply valued by management. “You have made a very valuable impact and each member brought special expertise in your field. This has assisted the University to improve its stature. This past (5) five years were
rich with fulfilling work that was well executed by Council. Our meetings of Council were often characterized by robust debates and divergent views. However, every member understood that we share the common vision of advancing the interest of the institution.”

He said under this Council’s leadership, UNIVEN has been transformed to compete as one of the best universities of choice in the country. Dr Nthambeleni further said that UNIVEN continued to be on an upward trajectory in terms of its research output, academic programmes and infrastructural development.

Some of the highlights that he spoke about include but not limited to the recent 2017 journal publication output units by index which has also improved compared to 2016 journal publication output; 2017 weighted research per capita output that has improved, and UNIVEN is in the top 15 of the university rankings in South Africa; completion rate for the cohort of students who began their studies in 2013 is outstanding; from the recent data published by DHET, UNIVEN is in the top-ten of the South African university’s rankings in the country and the number of our NRF rated researchers has increased from two in 2009 to 38 in 2019. 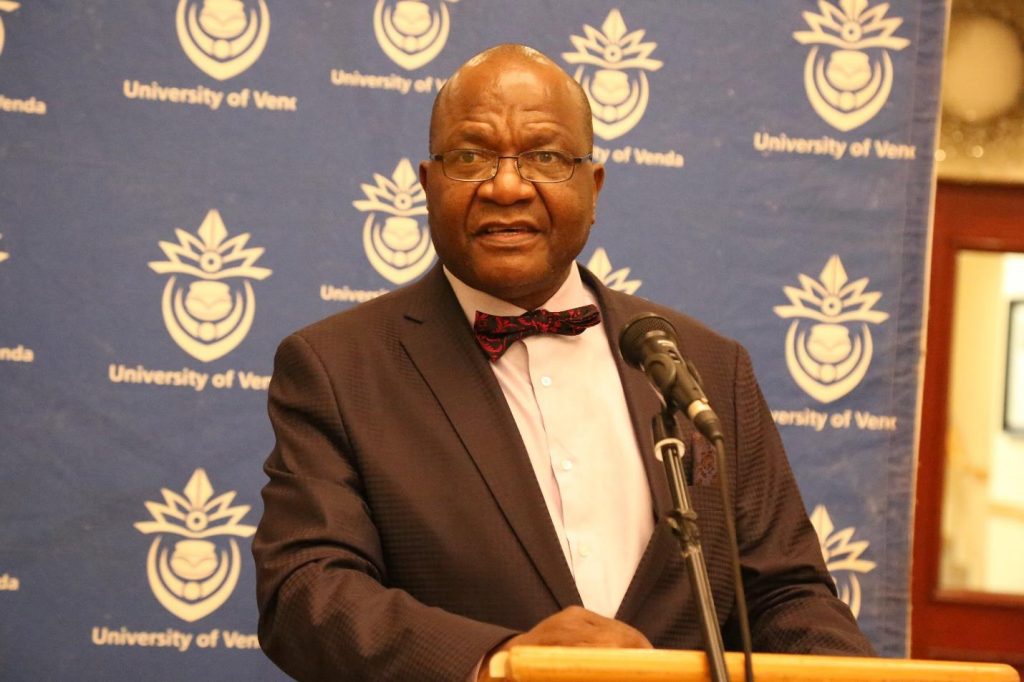 The Acting University Registrar, Advocate Edward Lambani said Council members leave UNIVEN with a fragrant memory that everyone shall be proud of. He said they were entrusted with the interest of the institution with full confidence, a confidence which was never betrayed. “We believe that they had the welfare of the University of Venda at heart and trust that they will live long and represent the University wherever they go.” On behalf of Management, Advocate Lambani thanked Council members for being loyal, useful and for devoted services they have rendered in the past five years.

The DVC Operations, Dr Robert Martin wished Council members well in all spheres of life. He said it is because of their contributions and leadership that the University can now talk about rejuvenation even though UNIVEN still has a long way to go. “This University will impact a lot of generations to come because of your contributions in building it,” he told the audience.

The DVC Academic, Prof Jan Crafford said as part of Senior Management of this institution, they did not always have an easy relationship with Council, but they had healthy differences. “We have had a wonderful five years with this Council, and we have learned a lot from everyone, especially from Chairs of Council Committees. 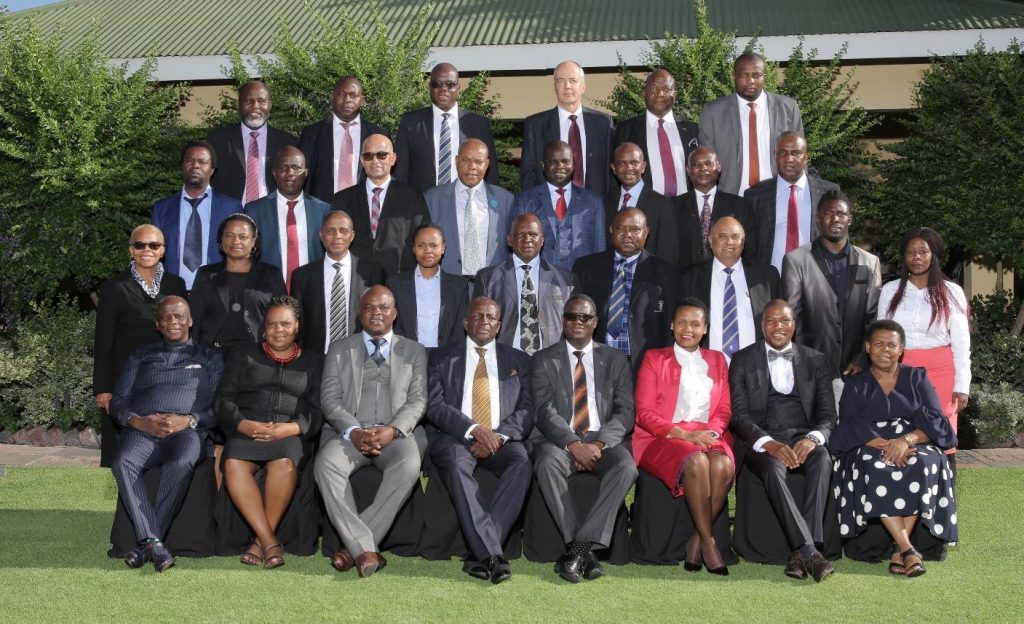