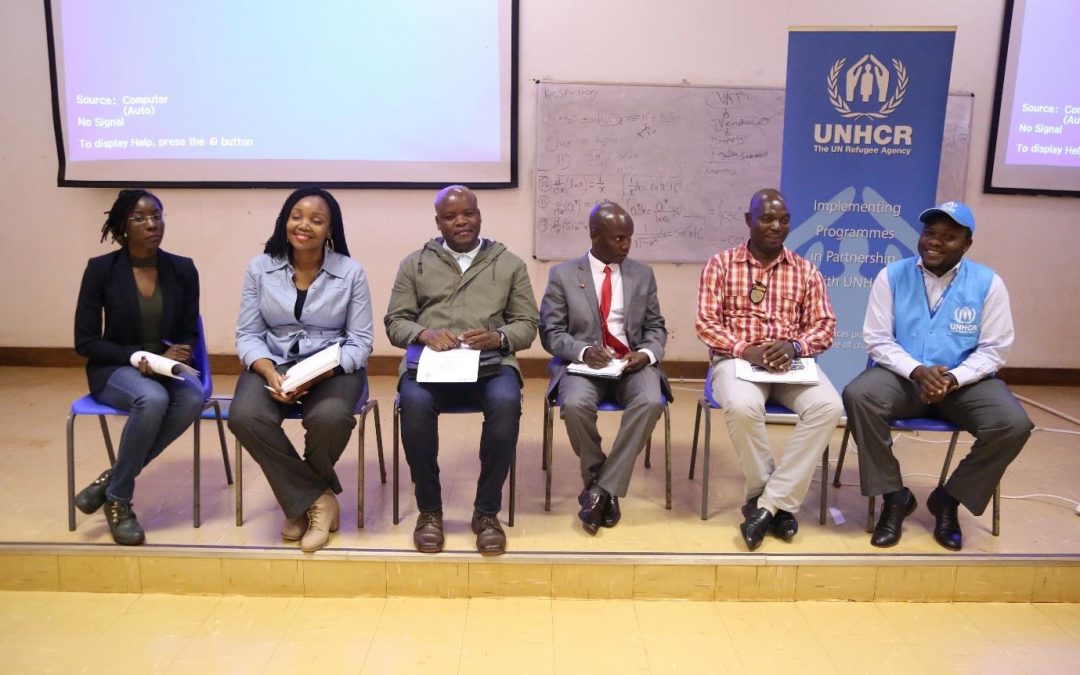 The University of Venda’s School of Law in partnership with the United Nations High Commissioner for Refugees (UNHCR) together with partners hosted the belated World Refugee Day on Wednesday, 18 July 2018 at the E-block lecture hall. The World refugee Day is normally celebrated on the 20th June of every year. The event screened a documentary that showcased the predicaments that refugees go through both in their countries of origin and in the countries of asylum where they go to seek protection. 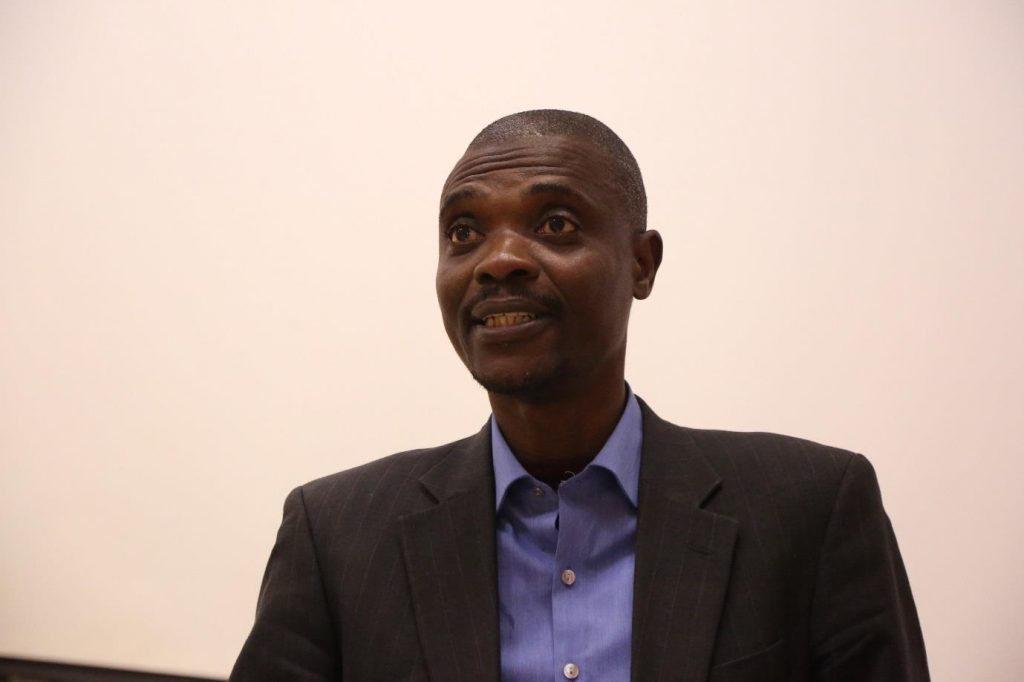 Dr Ademola Jegede, Lecturer in the School of Law

Dr Ademola Jegede, Lecturer in the School of Law who was standing for the Dean of the School of Law gave the welcome address. In his opening statement, he gave reference to a report given by the New York Times on 31 October 2015 about how the number of displaced people has increased and that the current crisis of migration is feared to be getting bigger.

In his conclusion, Dr Jegede noted that 3 years after the report nothing has changed, he further poised questions to the audience concerning refugees about their rights, if ever they are welcomed, tolerated or discriminated against and whether or not host communities shelter refugees or see them as labourers. 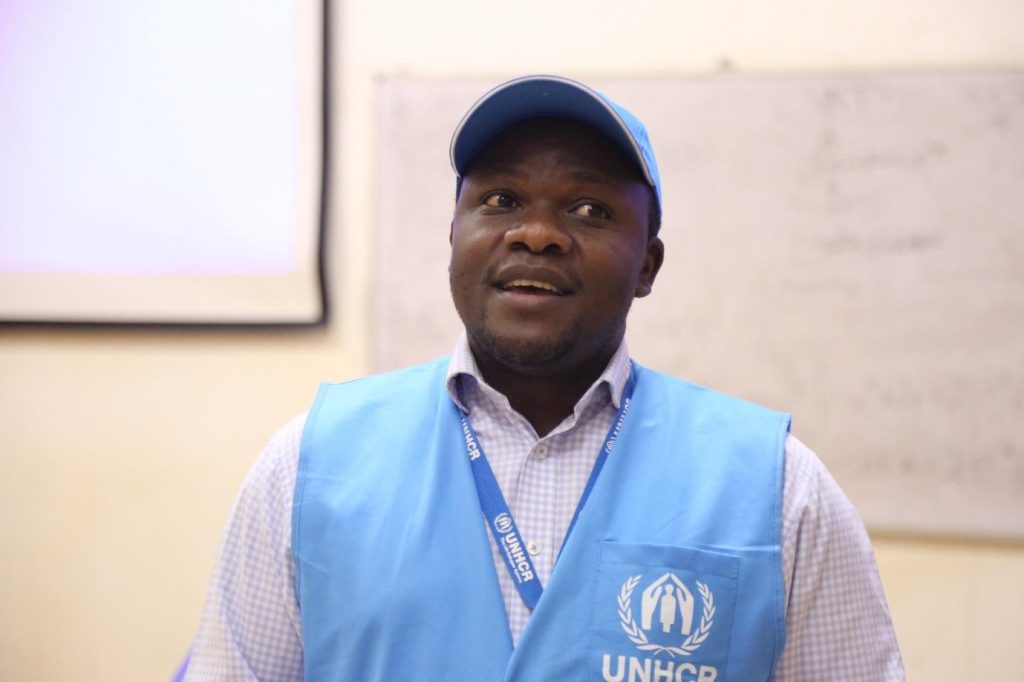 Mr Ray Chikwanda, who is the UNHCR Head of Office in Musina gave a brief overview of the purpose of screening the documentary to students. Two of the most central objectives he mentioned were to provoke academic discourse on the subject of the human right to seek asylum as well as general information sharing about the situations of refugees across the world.

’Congo’s Curse’, the title of one of the documentaries screened, depicted the human rights violation that ultimately lead to natives fleeing their country and the suffering of those who opted to remain. It addressed the violence against woman and children, poverty, overcrowding, perpetual wars and sufferings. 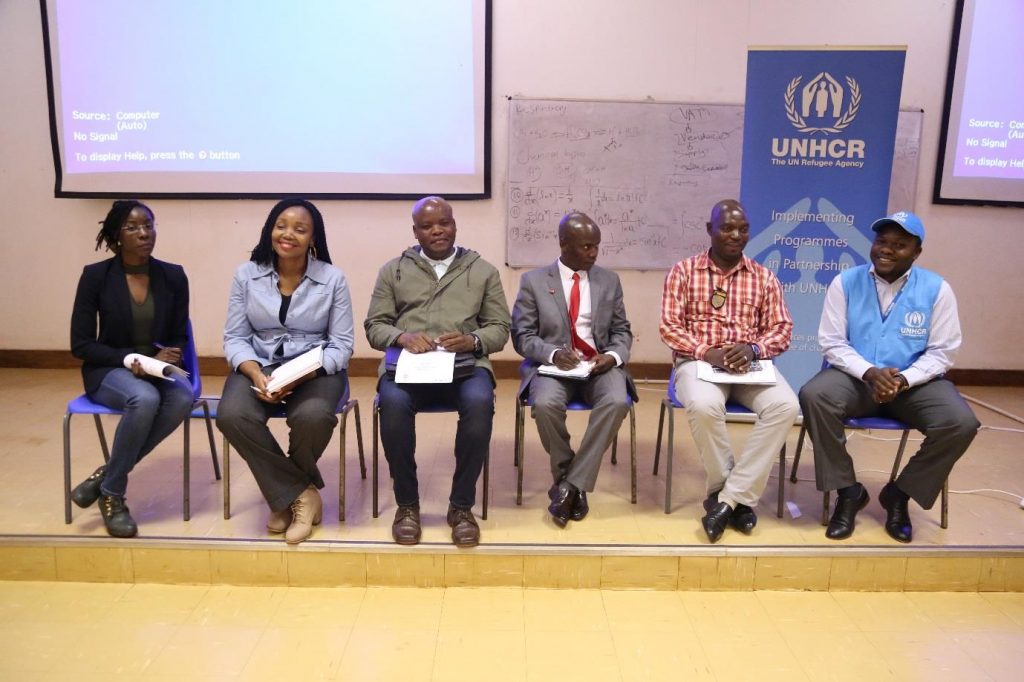 Immediately after the documentary show, there was a panel discussion where students were encouraged to ask questions concerning the issues of refugees globally. The panel consisted of members from UNHCR, Univen (under the School of Law and the Department of International Relations), South African Human Rights Commission, Public Protector of the Limpopo Province, Lawyers for Human Rights and the Department of Home Affairs Refugee Reception Office.

Topical issues addressed by the panel.

Students paused pertinent questions to the panel, but time wasn’t sufficient to exhaust all issues raised. One question was what could students do to further the rights of refugees within South Africa. Various panel members gave their opinions urging them to share positive information within their spheres of influence, volunteering/working to further refugee rights as well as accommodating/welcoming refugees within the university. Another one noted the discordant implementation of internationalization and regional refugee instruments across different countries including some countries like Singapore that closed their borders to refugees in 1996. One panel member after another highlighted the challenges in implementing international instruments including in South Africa where some Immigration rules contradict the Bill of Rights and other laws. What was encouraging, however, was the resolve from governmental panel members to uphold the asylum space within South Africa. It was noted that no one chose to be a refugee and that anyone could be a refugee at any time in their life time. Department of Home Affairs – Refugee Reception Office was asked why they seemed unfriendly to asylum seekers when indeed South Africa’s laws and policy welcomed refugees. The panel member advised that some of the unfriendliness noted were not government policy but could be linked to specific individual attitudes. He added that, like in any other government department, any disgruntled persons could be advised to seek support from centre managers or alternatively report to parallel government structures like the Public Protector or SAHRC for remedies. A few other questions were asked and responded to which could not be captured on this note.