The purpose of this mock drill was to test the University’s emergency preparedness. Head of Employee Relations, Advocate Rudzani Makhema explained that they had an opportunity to observe how employees and students would respond and evacuate in the event of a fire, bomb scare or any other emergency. He said they have tested and measured the state of readiness and response times of the University emergency response partners in accordance with the disaster preparedness plan.

UNIVEN Vice-Chancellor and Principal, Dr Bernard Nthambeleni wishes to extend his sincere gratitude to the University Community for their cooperation during the drill and thanked the Evacuation Team for organising a remarkable mock drill. He further emphasised the importance of conducting mock drill by indicating that it helps to prepare employees for an emergency and pin-point challenges they may have to face during evacuation and warn them on inappropriate actions to be avoided such as being delayed by collecting personal items and using the lift to evacuate the building. 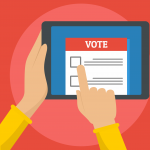