UNIVEN confers 2,184 degrees in a range of disciplines 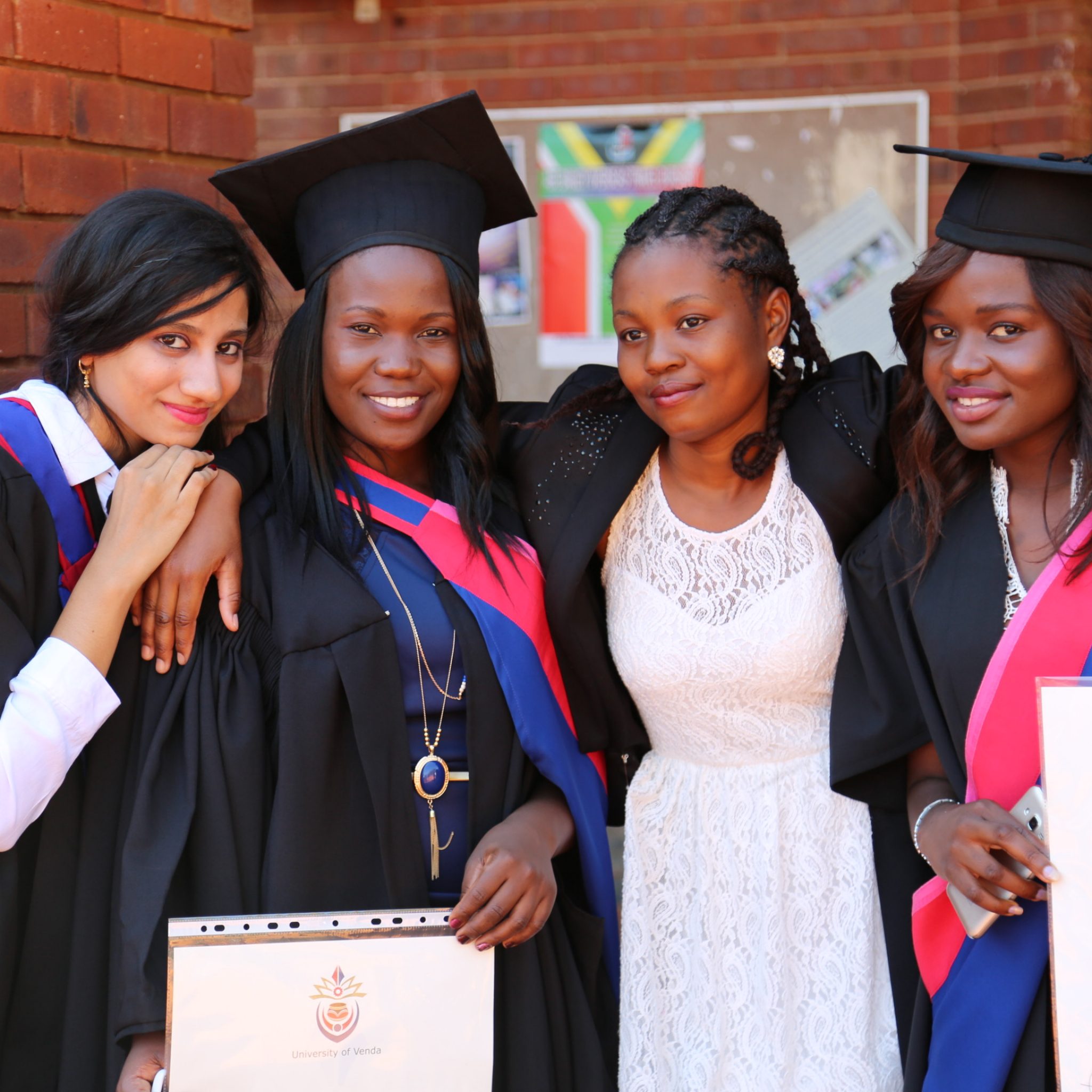 Thohoyandou –The Chancellor of the University of Venda, Honourable Mr Kgalema Motlanthe awarded a total of 2184 qualifications to graduates from the Schools of Agriculture, Education, Environmental Sciences, Law, Health Sciences, Management Sciences, Human and Social Sciences as well as Mathematical and Natural Sciences. Of the 2184 graduandi capped, 210 were diplomas and 1659 professional and bachelors’ degrees, 215 honours, 91 masters’ degrees and nine (09) doctoral degrees. In addition, four (04) honorary doctorates were conferred on luminaries that have distinguished themselves in their service to mankind.

The honorary doctoral degree was conferred on Honourable Ambassador Fikile Sylvia Magubane who received a doctorate in Public Administration in the School of Management Sciences. The former first Minister of Science and Technology, Honourable Mosibudi Mangena, received a doctorate in Science in the School of Mathematical and Natural Sciences while Mr Herbert Mokadi Lentsoane was honoured with a doctorate in Northern Sotho in the School of Human and Social Sciences and posthumously a doctorate of Law awarded to the late Mr Tshifhiwa Isaac Muofhe which was received by his daughter Mulanga.
All these achievements awarded at the graduation ceremonies which took place from Wednesday, 11 May to Friday,13 May 2016 at the University of Venda (Univen), Thohoyandou, Limpopo Province.

Dakalo Ramufhi (middle), the best performing overall student of the University of Venda in 2016 May graduation receiving the trophy from the Chancellor (left) and Vice Chancellor (right)

Above: Chancellor of the University of Venda, Mr Kgalema Motlanthe

In his congratulatory message to the class of 2016 Univen graduates, the Chancellor mentioned that graduation is the highlight of the university’s academic year and by extension that of the broader society. “Over the years the work of the University of Venda has contributed immensely to the socio-economic development of not only the region but the entire nation, producing alumni that today occupy significant positions in both the public and private sectors”, said the Chancellor. He further said that education remains a critical tool to equip humanity with the intellectual and cognitive skills that enable us to understand our world and social experiences in order to change the human condition for the better.
“I am confident that this achievement you are celebrating today will go a long way towards eradicating the challenges of inequality, poverty and unemployment that still plague our society. Contributing to the success of our nation, and helping others in your families and communities, is the most fitting way to thank your parents, families, and sponsors for having sacrificed and played an extremely instrumental role towards your progress as future leaders,” said Motlanthe. Chancellor Motlanthe added that education is a lifelong commitment and as long as someone is willing to teach, someone else also ought to be willing to learn.
When congratulating the recipients of the honorary doctoral degrees on their achievements in various fields of human endeavour, the Chancellor said “at times we turn to forget to acknowledge contributions of various members of society who have decided to embrace a vision of human development and set out to do their bid to realise this noble ideal”. The Chancellor advised the graduates to Make the University proud by being hard working, innovative, committed, and ethical in their future roles in the workplace and leadership.

The Vice-Chancellor and Principal of the University of Venda, Prof Peter Mbati in his welcoming speech, said “We have invested a lot of resources ranging from highly
qualified academics and NRF-rated researchers, new buildings including student residences, staff offices, state of the art laboratory equipment and a modern ICT infrastructure to ensure that we produce graduates with skills relevant to our regional and national socio-economic development strategies”. He went on to say that “With the emergence of a new institutional culture of excellence and quality, characterized by peace and stability on campus, we feel truly proud of the calibre of graduates that we now produce and are confident that we are creating great future leaders”. Prof Mbati assured the audience about the University’s continued commitment in delivering high quality academic programmes at both under graduate and post graduate levels.

Above: The Chancellor , Honourable Kgalema Motlanthe (middle) and members of Univen Council pose for a photo

University of Venda > News > UNIVEN confers 2,184 degrees in a range of disciplines