Dr Tonna Ashim Anyasi of the Department of Food Science and Technology, School of Agriculture, University of Venda has been selected as one of seven (7) Young Scientists across the globe to be honoured at the 19th World Congress of the International Union of Food Science and Technology (IUFoST) taking place from 23 – 27 October 2018 in Mumbai, India. The congress is organised biannually by IUFoST, a global scientific organisation representing more than 200,000 food scientists and technologists from over 70 countries, including the South African Association for Food Science and Technology (SAAFoST). As one of the selected global Young Scientist, Dr Anyasi will be inducted into the Early Scientists’ Section of IUFoST wherein he will be expected to make an oral presentation of his current research findings in line with the Congress theme, “25 billion meals a day by 2025, with healthy, nutritious, safe and diverse foods. 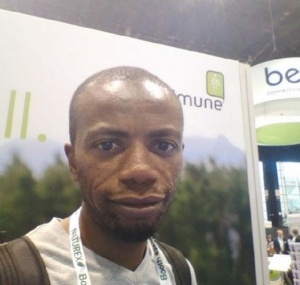 Similarly, Dr Anyasi represented the University of Venda at the 3rd Brazil, Russia, India, China and South Africa (BRICS) Young Scientist Forum (YSF) held in Durban, South Africa, from 25 – 29 June 2018. South Africa assumed the BRICS rotational Presidency on 1 January 2018 and will host the 10th BRICS Summit in July 2018. In line with the established tradition of previous BRICS Summits, South Africa will host a wide range of BRICS activities leading up to and following the Summit, including the 6th BRICS STI Ministerial Meeting and the 8th BRICS STI SOM. As part of its BRICS STI activities, South Africa will host the 3rd BRICS YSF in line with the decision taken at the BRICS STI Jaipur Ministerial in Jaipur, India in October 2016. Dr Anyasi was officially nominated by the Department of Science and Technology among several Young Scientists in South Africa to participate at the historical event.

Dr Anyasi obtained his doctoral degree in Agriculture (Food Science and Technology) 2015 from the University of Venda, under the supervision of Professors A. I. O. Jideani and G. R. A. Mchau. His PhD thesis was on nutritional profiling and effects of processing on unripe banana cultivars in Limpopo Province, South Africa, and it culminated in several article publications in high impact journals. In 2015, a component of his doctoral research was selected by the Mail and Guardian Newspaper, South Africa among carefully chosen few entries in the country for article write up and publication in the Science Voices of the Mail & Guardian Newspaper. Dr Anyasi is an NRF Y2-Rated researcher and a member of the Univen Research Advisory Forum (RAF), an apex body on research and scholarship at the University. He has published several journal articles and book chapters in international peer accredited journals and was awarded with the UNIVEN Research Award for Publication in 2017. Dr Anyasi serves as a reviewer for Elsevier, Springer Nature, Wiley Online and American Chemical Society journals and is a member of the Institute of Food Technologists (IFT) Illinois, USA, as well as a professional member of SAAFoST.

Dr Anyasi is currently a postdoctoral research fellow at the Department of Food Science and Technology, University of Venda.