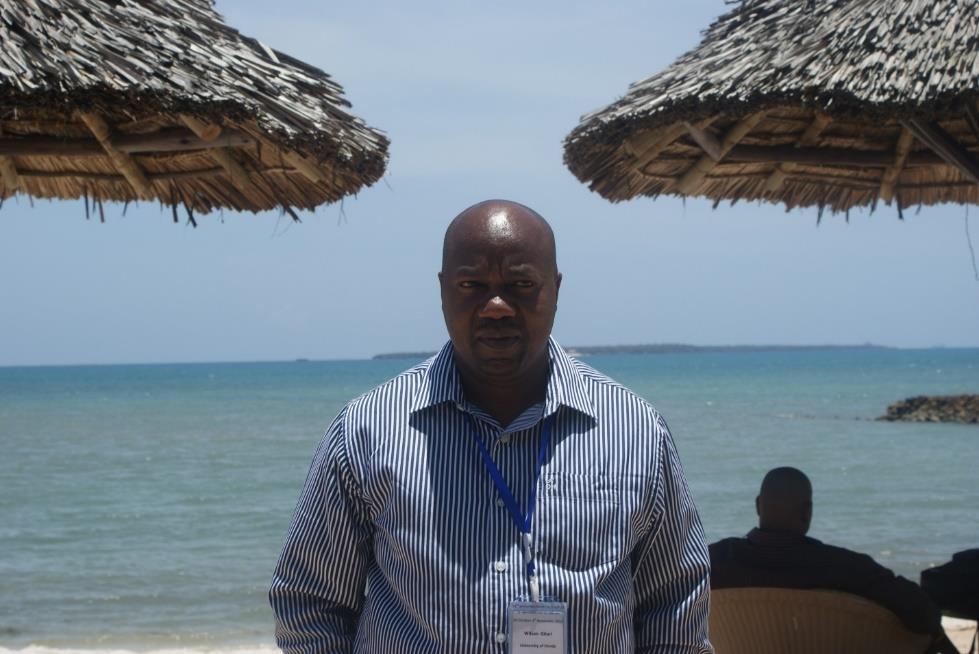 The School of Environmental Sciences of the University of Venda through the support from Water Research Commission (WRC) and the National Research Foundation (NRF) has developed and patented an original groundwater treatment adsorbent which will reduce high fluorine found mostly in borehole water especially in rural dry areas such as Siloam in Nzhelele.

The discovery of this water treatment adsorbent was founded from the study conducted at the University in 2014 to 2016 respectively by Professor Wilson Gitari, Dr Antony Izuagie and Professor Jabulani Gumbo. Professor Jabulani Gumbo has expressed that this adsorbent will improve the provision of drinking water to rural African communities that rely on groundwater. “This is a complete patent application of the University of Venda titled: ‘Defloridation Treatment of Water with Trimetal Magnesium/Cerium/Manganese Oxide Modified Diatomaceous Earth,’” said Professor Gumbo.

According to the World Health Organisation (WHO), approximately more than 400 rural communities in South Africa depend on borehole water for domestic purpose and as a result, borehole water remains the vital natural resource for the provision of water to South African communities not excluding industrial and Agricultural purposes. Gumbo said “Fluoride is important in the formation of teeth and bones if present in drinking water at the right concentrations, however borehole water in rural dry areas has too much Ion Flouride which makes it to be limited to be used due to chemical constituents such as fluoride occurring above prescribed limits”. He further expressed that concentrations above recommended limits of Fluoride 1.5 mg/l may have negative health impacts such as teeth mottling and deformation of bones.

Rural Communities rely mostly on borehole water for their daily needs and this water source is used directly by these communities without any prior treatment. However, the borehole water can be contaminated by chemical and microbiological pollutants originating from other natural resources, human activities and onsite sanitation systems used in rural and industrial areas.
The World Health Organization has set a guiding value of 1.5 mg/ ℓ for fluoride in drinking water while the South Africa water quality guidelines gives a target range of 0-1 mg/ ℓ F- for domestic use depending on regional temperatures. However, several studies conducted in South Africa have discovered that the borehole water in North West, Limpopo and Northern Cape provinces contain fluoride in concentrations reaching 30 mg/ ℓ and this may require partial defluoridation. This is a clear indication that excessive presence of fluoride in borehole water and surface water is a major technological and economical stumbling block for supply of good quality water in South Africa especially in the rural areas.

From the methods developed for defluoridation of borehole water, adsorption has been identified as the only technology that is most suited for rural defluoridation devices. It is increasingly becoming evident that provision of safe and clean water through point-of-use devices is the most ideal technology for geographically isolated communities with no centralized water treatment and distribution systems. Therefore, there was a need to develop, cheap and high capacity adsorbents based on locally available materials within the community that have high fluoride in their groundwater.
The research work leading to the patent developed by Environmental Remediation and Water Pollution Chemistry Group (ERWPCG) under the Leadership of Prof Wilson Gitari, Dr Anthony Izuagie in collaboration with Prof Jabulani Gumbo in the School of Environmental Sciences sought to address the lack of high capacity adsorbents for fluoride removal in borehole water. The work also sought to prepare an adsorbent from readily available and cheap natural material that are not toxic. The developed adsorbent will further be tested in field application using commercially available point-of-use devices to ascertain its commercial viability, in addition, further studies are planned to ascertain its impact on common pathogens in surface and groundwater.