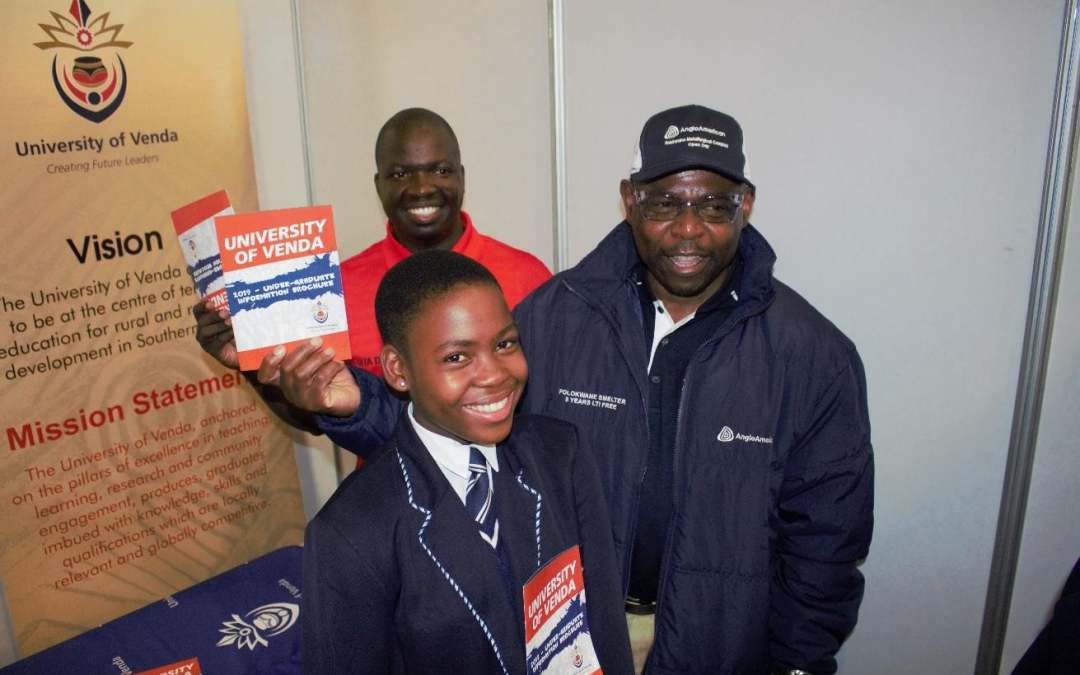 On Saturday, 21 April 2018, approximately 2000 grade 12 learners from Capricorn District attended the Anglo-American Careers Open Day that was held at Jack Botes Hall, Polokwane. The event aimed at providing career guidance and motivation to grade 12 learners.
Anglo American Production Manager, Mr Philemon Patson Mukumbe said that learners these days do not have an excuse for not furthering their studies. He said information regarding funding and tertiary institutions is always available for them. 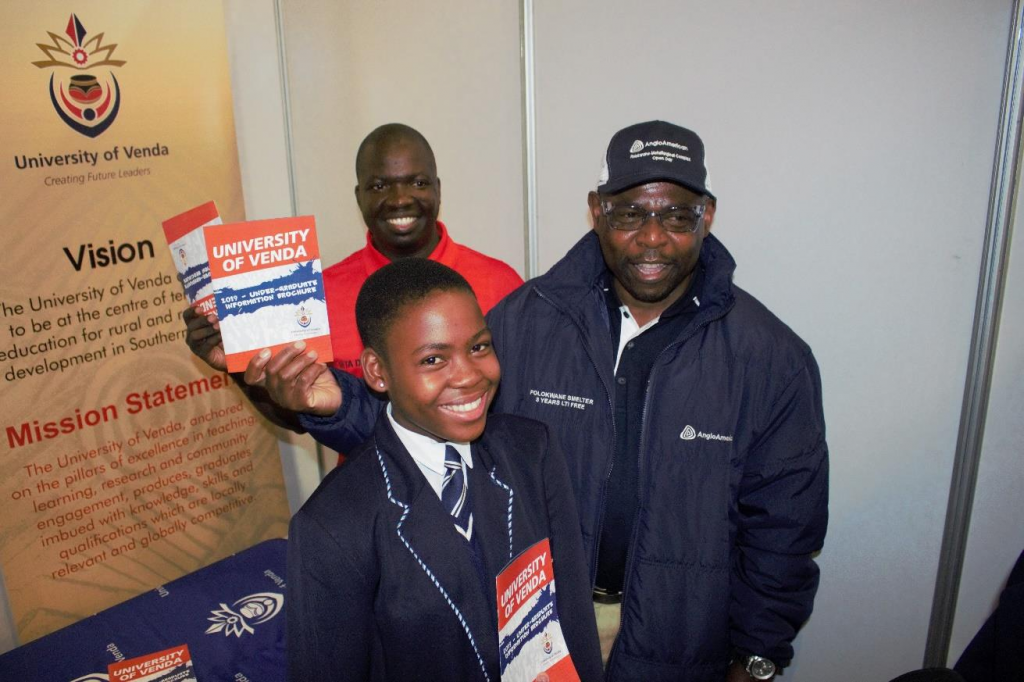 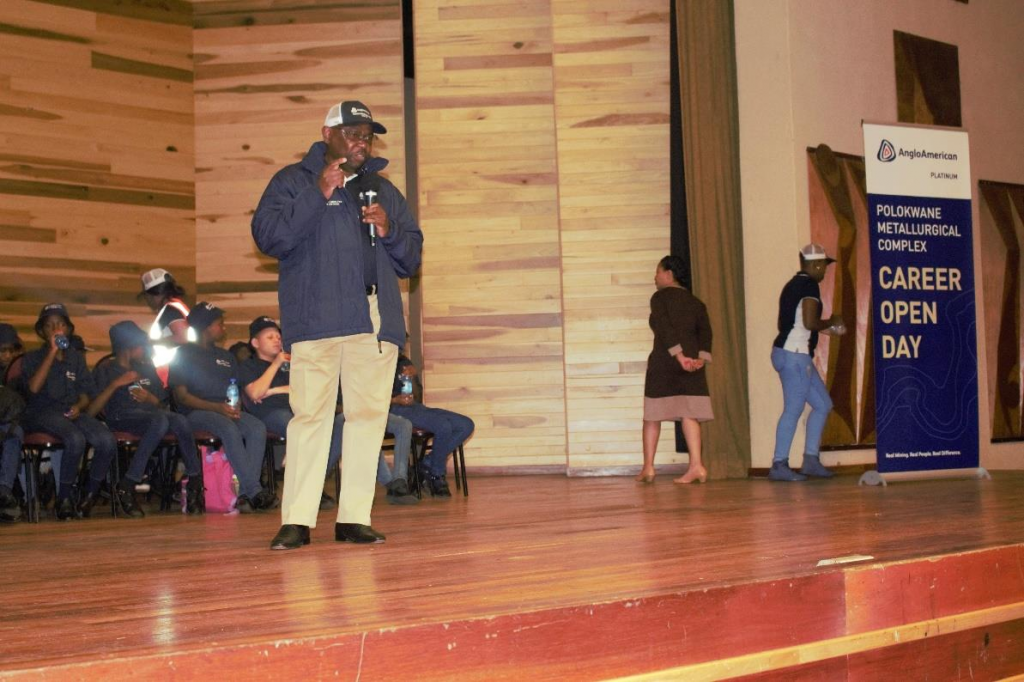 “Anglo American always provide job opportunities, bursaries and scholarships which you must apply for in order to get bright future. We want to support you in order to enable you to come and improve our mining sector, remember you are our future leaders,” said Anglo American Polokwane Smelter Production Manager, Mr Mukumbe while addressing grade 12 learners. 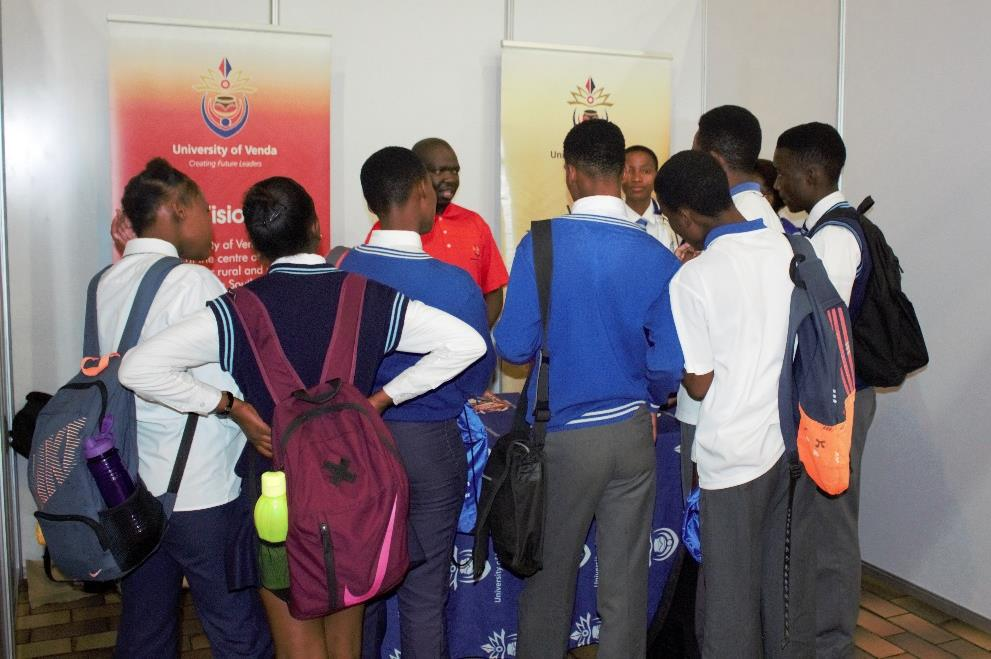 Learners getting information from Mr Justice Lebopa of Univen 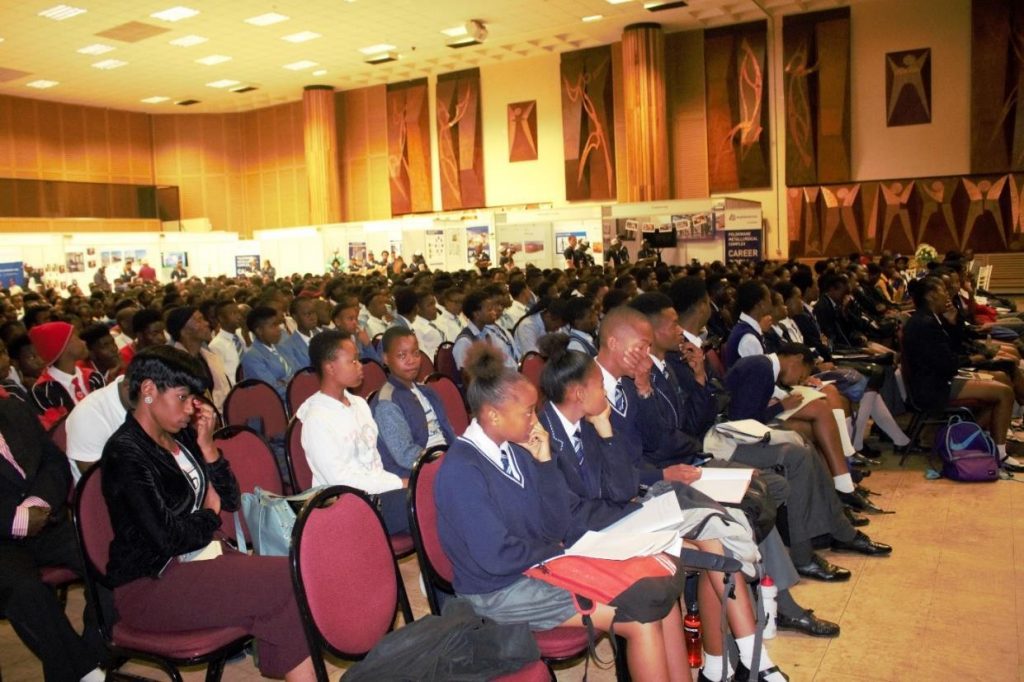 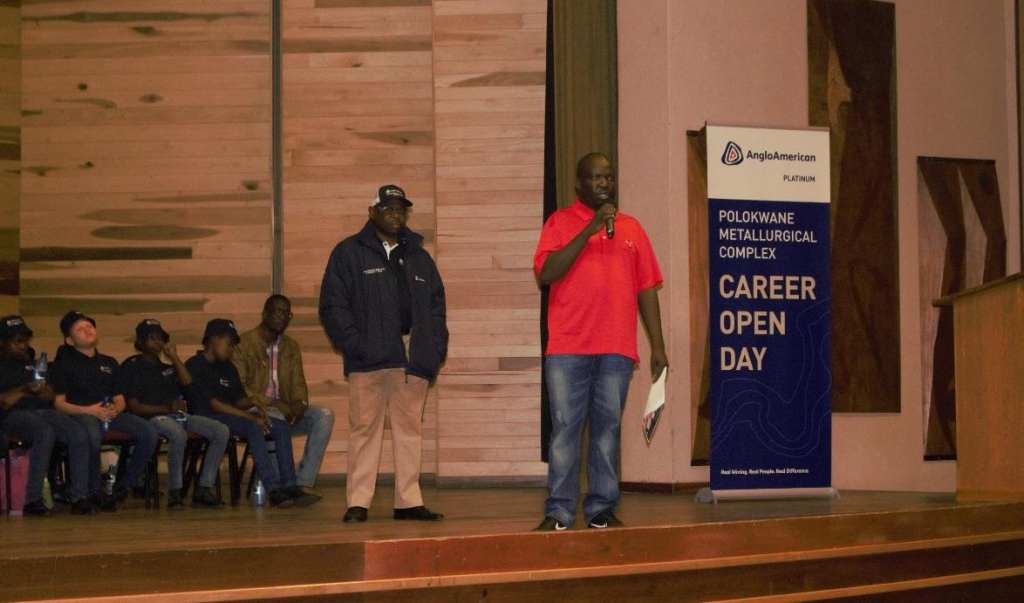 Univen’s Assistant Schools Liaison Officer, Mr Justice Lebopa was given the opportunity to advice learners regarding career choices. Mr Lebopa told students that “The University of Venda under its eight schools offers careers which Anglo American is in need of. If you decide to further your studies at UNIVEN, you stand a chance to be one of the employees at Anglo American in the fields of mining, human resource management, financial management, administration and media and communications said Mr Lebopa. He further advised them to apply for 2019 admission at UNIVEN before 28 September 2018. 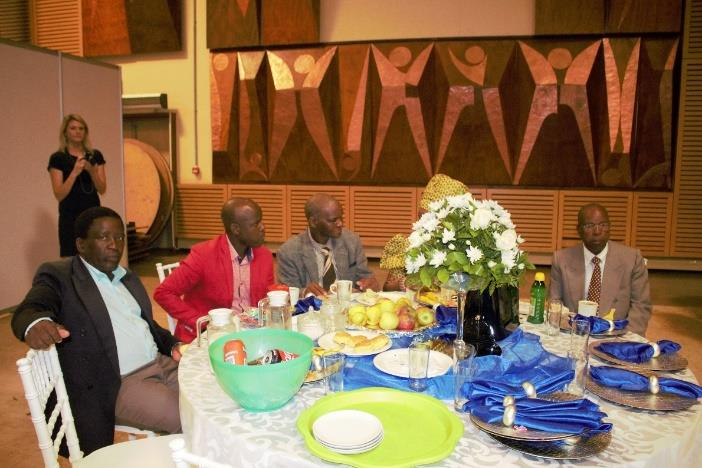 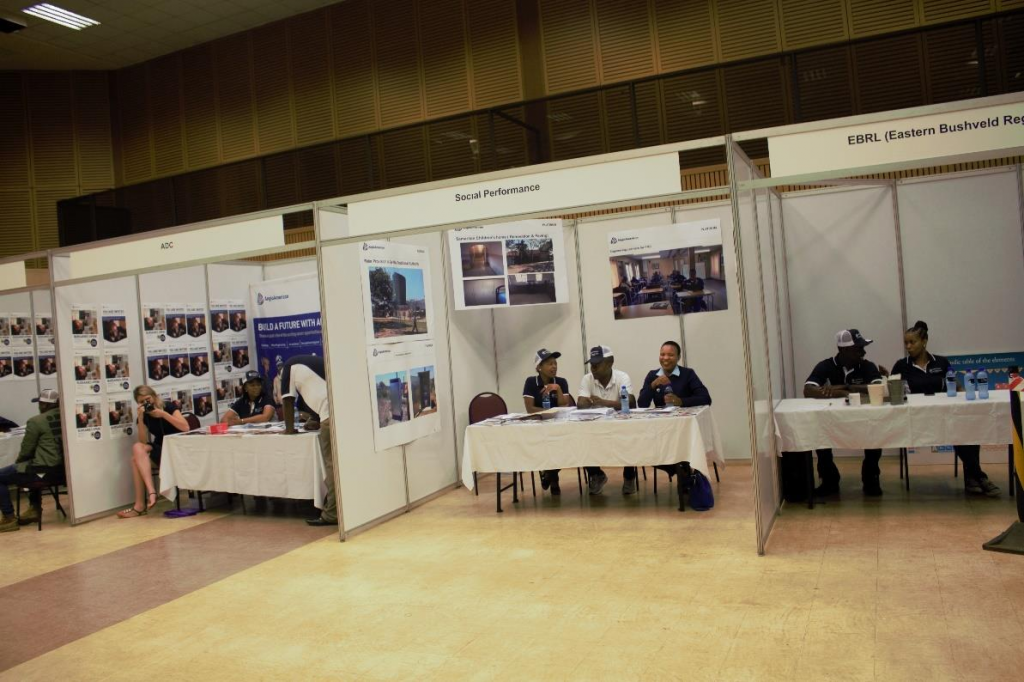 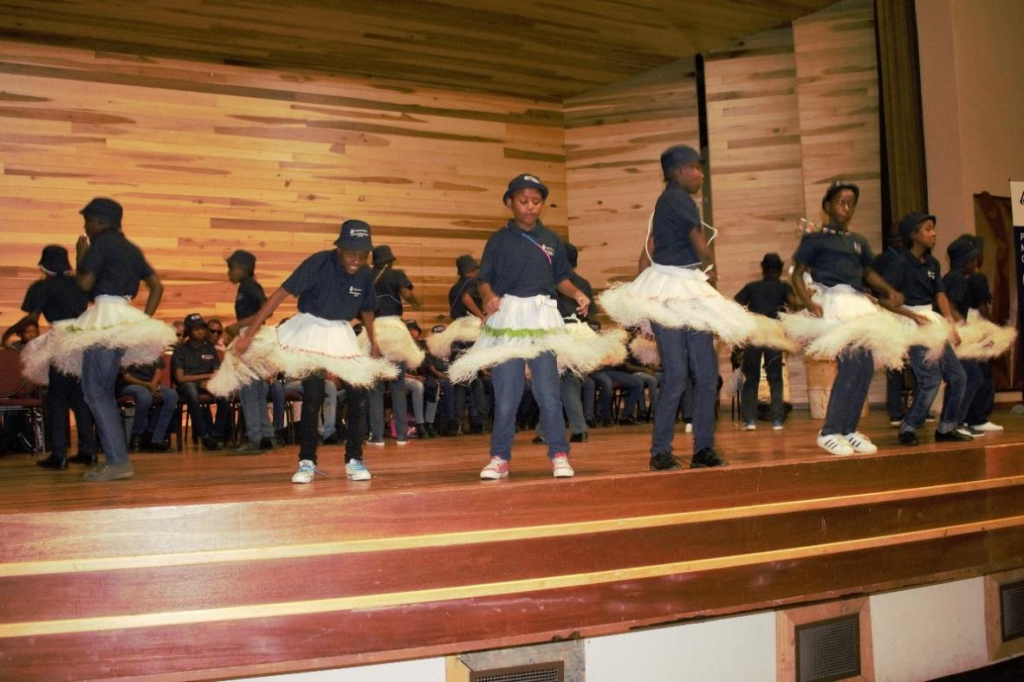 Learners from Siloe School for the Blind entertaining the audience