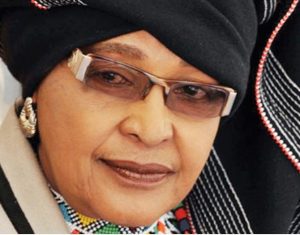 The University of Venda School of Law held a memorial service to honour Winnie Madikizela Mandela. The memorial service was held on Thursday, 12 April 2018 at Univen’s E2 Lecture hall. The attendees of the Memorial Lecture were students, Dean of Schools and Lecturers. The Memorial Service started with a moment of silence, followed by reflections on the life of uMama Winnie Madikizela Mandela. 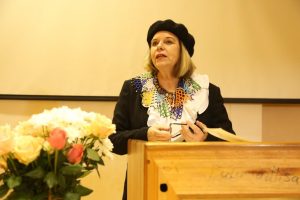 In opening the Memorial Service, the Dean of the School of Law, Annette Lansink described uMama Winnie Madikizela Mandela as a fearless and most courageous woman who always kept the struggle for liberation alive. She fought tirelessly for the people of South Africa and the freedom of Africa. She further described uMama Winnie as an extraordinary woman, a leader of the struggle who never gave up despite being detained for 491 days in solitary confinement, arrested, banned and banished. Dean Lansink told the audience to be fearless and able to stand up for justice at all times. She urged students to read books about the life of uMama Winnie to draw insight from them. She urged, in particular female students to study and learn lessons from history and make great leaders like uMama Winnie proud. “May the spirit of uMama Nomzamo Winnie Madikizela Mandela rest in peace,” she concluded. 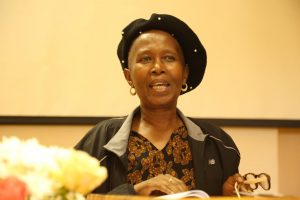 Following the opening by Dean Lansink, the Deputy Dean of the School of Law, Mrs Puleng Letuka, described Umama Winnie as a soldier. She said uMama Winnie was crucified for her role in the liberation of South Africa. Mrs Letuka further expressed that uMama Winnie sacrificed a lot including her marriage and children for the purpose of freedom. “We all have a privilege of being free today because of her contributions,” She said. 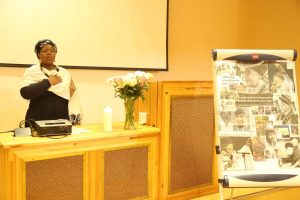 “We are thankful for what uMama Winnie has done for us and this is a way paying respect to her for the good works that she has done for us,” said Mrs Zama Mopai who was directing the program. Mrs Mopai expressed that, “We are all beneficiaries of what uMama Winnie stood for and fought for hence as Univen we thought we should organise a very dignified memorial service for uMama Winnie.” She further said uMama Winnie earned the title of being called the ‘Mother of the Nation’ not because she was married to the former President of the Republic of South Africa, President Nelson Mandela but because she was her own person who chose to fight for a cause. Other speakers included Dr. Ademola Jegede who spoke of the importance of uMama’s Winnie’s contribution to the entire African continent. Law students also braced the memorial with very memorable reflections. 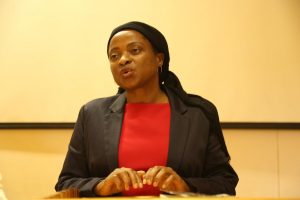 Prof Vhonani Netshandama, Director of Community Engagement thanked the School of Law for remembering the life of a heroine. “Many times we often talk about the good things that people do but we don’t act. It is also good to put words in to action to show that you mean what you are saying.” She applauded the school of Law for honouring and noticing the effort that uMama Winnie has made in making sure that the country is where it is today. She expressed that, irrespective of her own duties as a mother and as a wife, Mama Winnie did not have an excuse to make her dream be known and to make it come true. “She fought for what was right for all because she loved her country,” she said. 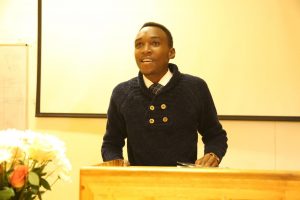 Mr Thanyani Mahamba, Chairperson of the Law Students’ Council said uMama Winnie was a fighter who was never shaken by the apartheid regime. He noted further that she was very fond of the youth and that of itself demands of the youth of this generation to emulate her. He advised students to take uMama Winnie’s life as a lesson to guide their life destinations. “Always set goals for your life. Know what you live for and what you live up to.” 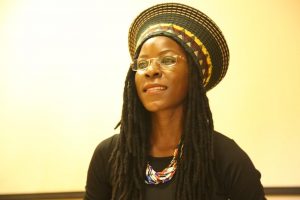 In her closing remarks message, Senior Lecturer in the School of Law, Dr Emma Lubaale expressed that Mama Winnie was not an ordinary woman, “she was an extraordinary woman who taught other women to be resilient and to continue fighting for their rights. The giant has fallen and may her soul rest in peace,” she concluded.
Other Lecturers and students in the School of Law were also given a chance to express their sincere gratitude to the Mother of the Nation. 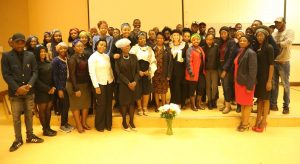 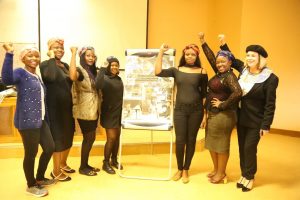