UNIVEN Strengthens its Relationship with UNESCO

The Vice-Chancellor and Principal of the University of Venda, Dr Bernard Nthambeleni had a very productive engagement with the Secretary General of the South African National Commission for UNESCO, Mr Carlton Lufuno Mukwevho. The meeting took place on Monday, 24 February 2020 at UNESCO Office in Pretoria. The meeting was primarily intended to strengthen collaboration between UNIVEN and UNESCO.

During this meeting, the Vice-Chancellor and Principal, Dr Nthambeleni had the opportunity to extensively share the University achievements and its strategic direction, positioning the University of Venda for impact. The South African National Commission for UNESCO Secretary General, Mr Mukwevho shared UNESCO’s overwhelming objectives and vision. Mr Mukwevho was extremely thrilled about the Vice-Chancellor’s visit, more especially considering his very tight schedule. According to Mr Mukwevho, the Vice-Chancellor’s visit was a clear demonstration that UNIVEN highly esteems UNESCO. Both parties expressed their commitment to work together in an endeavour to change people’s lives.

The meeting was followed by the Vice-Chancellor’s courtesy visit to the Minister of Basic Education, Hon Angie Motshekga. 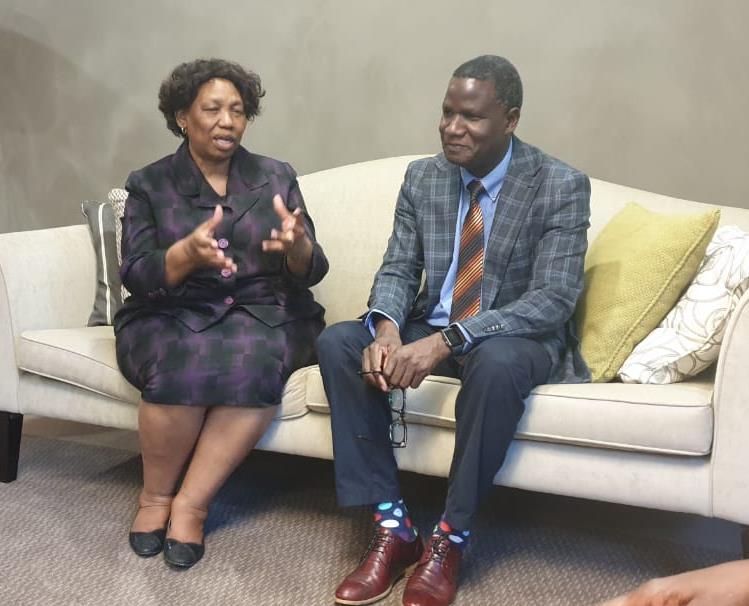 Above L-R: Minister of Basic Education, Hon Angie Motshekga in conversation with the Vice-Chancellor and Principal of UNIVEN, Dr Bernard Nthambeleni

University of Venda > News > UNIVEN Strengthens its Relationship with UNESCO