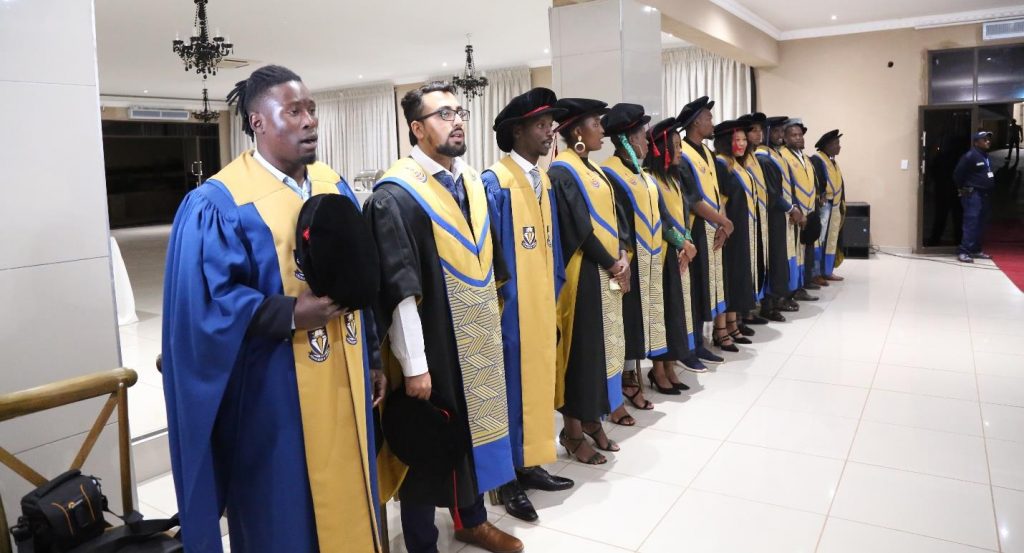 On Monday, 27 May 2019, the University of Venda (Univen) held the Official Opening of Student Parliament and Presidential Inauguration. The inauguration ceremony aims at the affirmation of the SRC President and his cabinet to the University and their faithfulness to the constitution. The SRC presidential inauguration took place just two days after South Africa’s sixth democratic state President was inaugurated. The 15 Cabinet members comprises of ten males and only five females. This prestigious event was held at Kalahari Waterfront in Nandoni, Ha-Budeli.

During this important University event, as the Keynote speaker, the Vice-Chancellor and Principal, Dr Bernard Nthambeleni told the audience that the inauguration ceremony is a very important and very big event in which all cabinet members take oaths that they will serve students’ interest irrespective of situations that they come across. “We implore you to follow ethical theory of leadership. Conduct yourselves in accordance with the University rules and regulations,” he told cabinet members and all parliamentarians. Dr Nthambeleni expressed that the SRC is the integral part of the University governance and said that the University Senior Management will engage with SRC members to make Univen one of the best universities in the country.

Dr Nthambeleni continued to say that the University has identified few things in order to improve from where it is currently. He said Univen should be known as a student-centered University where the focus will be on students. “We will put processes in place which will ensure that our students are well equipped before they leave so that they could be in demand in the workplace. We want to produce better graduates.” He said Univen is already engaging with other companies to assist in producing better graduates and these companies will also absorb our students after completing their studies.

“This University will produce entrepreneurial products. We want our students to create their own jobs. Once you complete your degrees, you will be competing with other people from other institutions. We will also build reputation for our University. We need to be known as a University that produces the best products.” He told students to work together with management and staff members to achieve the intended goals. He also told the audience that the University is working on its brand. “We need to put a message out there so that when people hear the name of Univen, they associate it with a certain positive brand. He told them that the brand promise is very important. The brand promise is what the potential employers should expect from Univen graduates as products. Univen graduates should be the best products and the University brand should make them to be in demand.

“We want you to set goals for yourselves. You must leave a legacy. Set the missions and visions for yourselves.” He told those who were being inaugurated to inspire confidence to their fellow students. Be good listeners because good leaders are good listeners. “In listening you can make sense from all you are hearing. Practice servant leadership, you are asked to serve students. You are here to lead and to serve other people. You don’t represent yourself but represent students,” he said. Dr Nthambeleni encouraged SRC cabinet members to work together as a team irrespective of political parties that they are representing. “At every graduation ceremony, we would like to see you graduating because we know that you will make an impact out there.”

In his welcome address, the University Registrar, Prof Edward Nesamvuni said the 2019 Presidential Inauguration is his sixth SRC inauguration since he joined Univen. He told them to be aware that they have been in the office since last year, but this is to officiate them as student parliament. “Without any doubt, since you have been in the office, you have fought for the rights of students especially finance wise.” He highlighted that the Vice-Chancellor and Principal has recently handed the adapted bus to Univen disability unit and we are very much privileged to have the working SRC who always strive to leave a mark in all they do for students.

He also advised them to prepare themselves for the upcoming examinations and told them to never be caught cheating. “Let us take this University forward and assist us in putting it on the map by not cheating during exam. Study and become the better products that will make the University proud.” 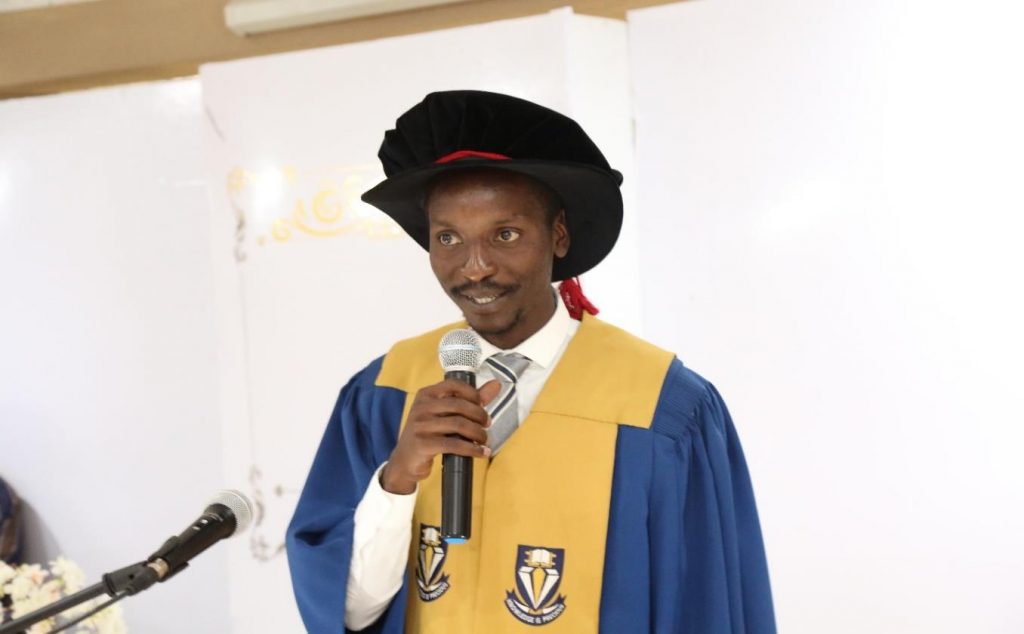 Mr Floyd Gumede who is the Speaker of Parliament declared the oath taking ceremony as being constitutional. 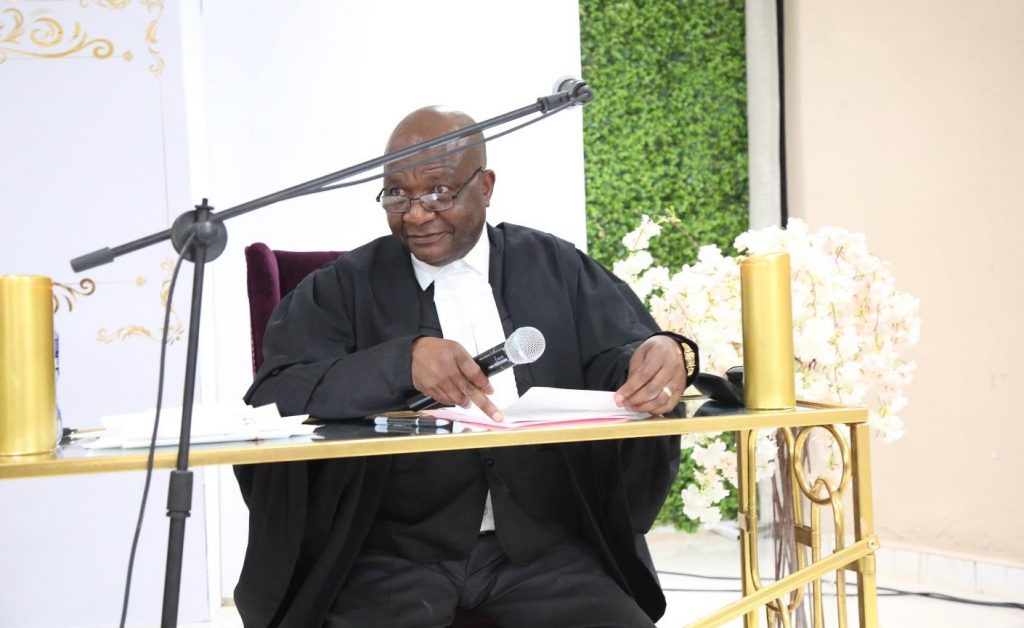 The Oath of Office was conducted by Advocate Edward Lambani who is the Director of Legal Services. He told all parliamentarians not to waste time to deliver because this is a one-year chance. “Use every second and minute wisely because time is not on your side.” 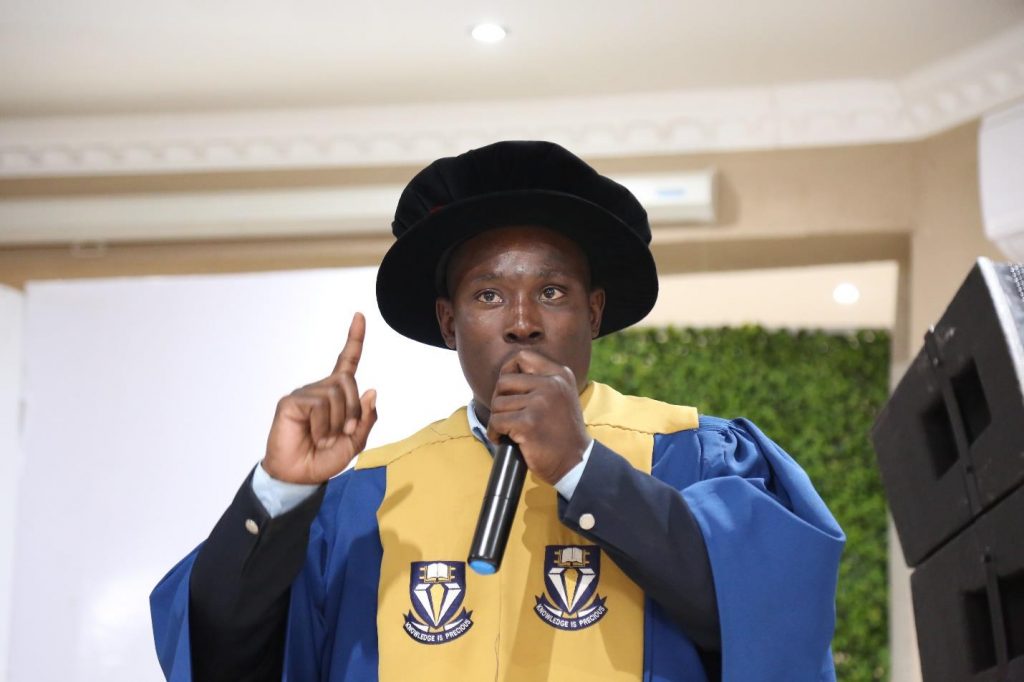 In his parliamentary address, the SRC President, Mr Tsundzuka Hakamela told the audience that, last year he learned a good lesson from the former Univen SRC President Xina Mhlabane. Mr Hakamela said, even today he is still using some of the tactics that he learned from him and that works for him. He told his cabinet members to serve students wholeheartedly and with pride. “Do not occupy positions permanently because these are not permanent positions. Let us work and give other students a chance to also make a mark.”

The SRC President said this year Univen has graduated more than 3000 graduates which made him feel happy especially those who served and still serving in the SRC cabinet. He applauded the new Vice-Chancellor and Principal by defining him as a very hardworking leader who strives to serve the interests of students. He told the audience that there are various projects that are still in the pipeline and these projects will surely make all students happy all the time. “We are in the process of bringing better food outlets on campus. We will also make sure that there are platforms where students can meet and engage with each other.” 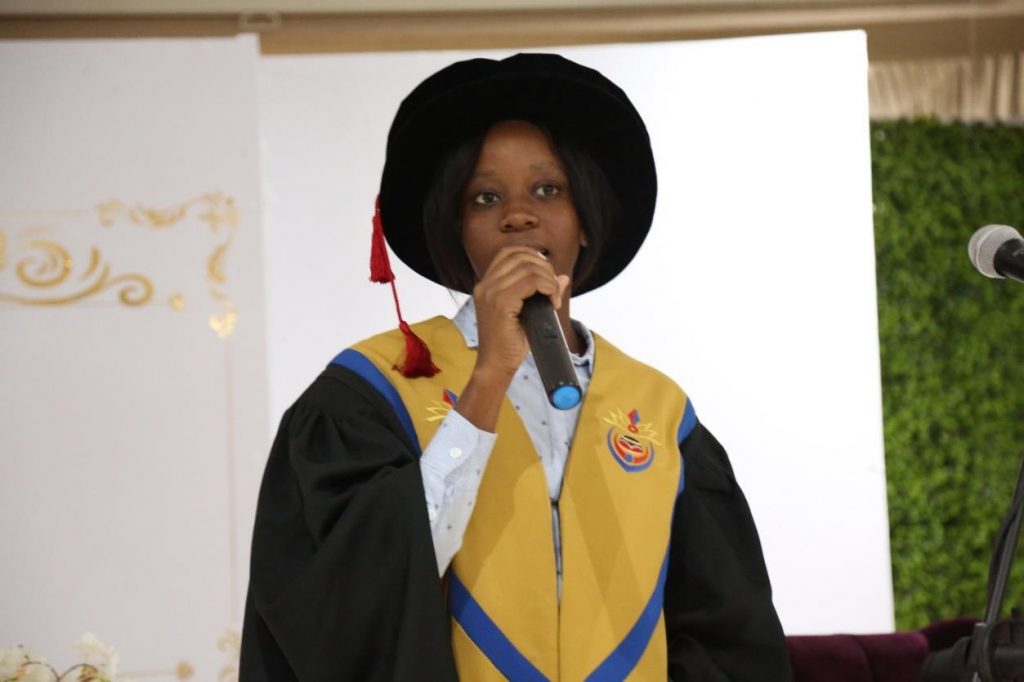 Vote of thanks was proposed by Ms Mashudu Mukwevho who is the Deputy Speaker of Parliament. She wished all students best of luck in their upcoming examinations. 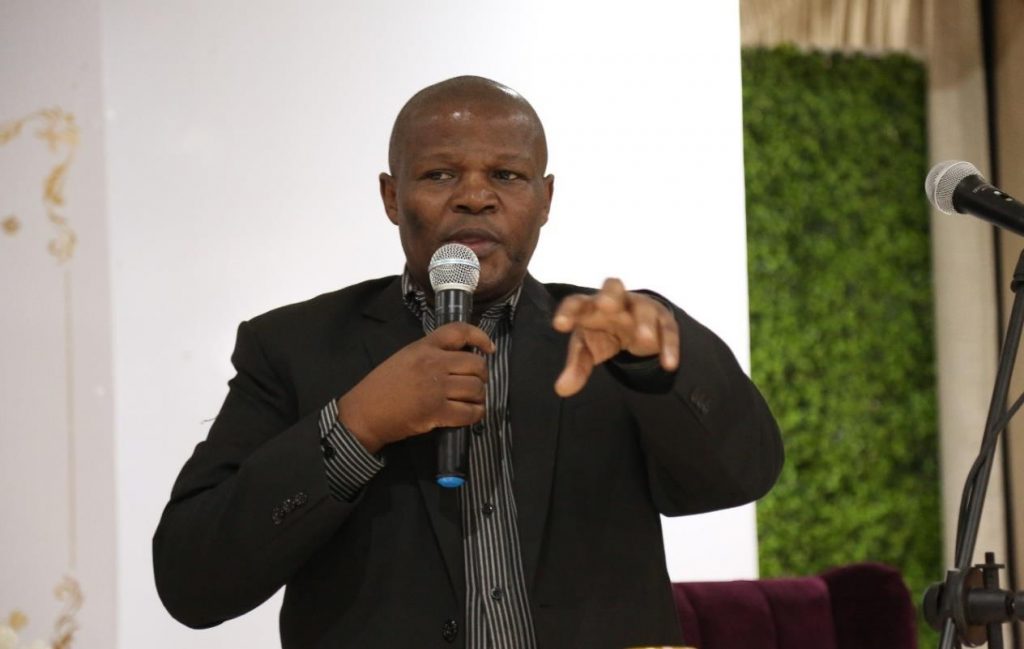 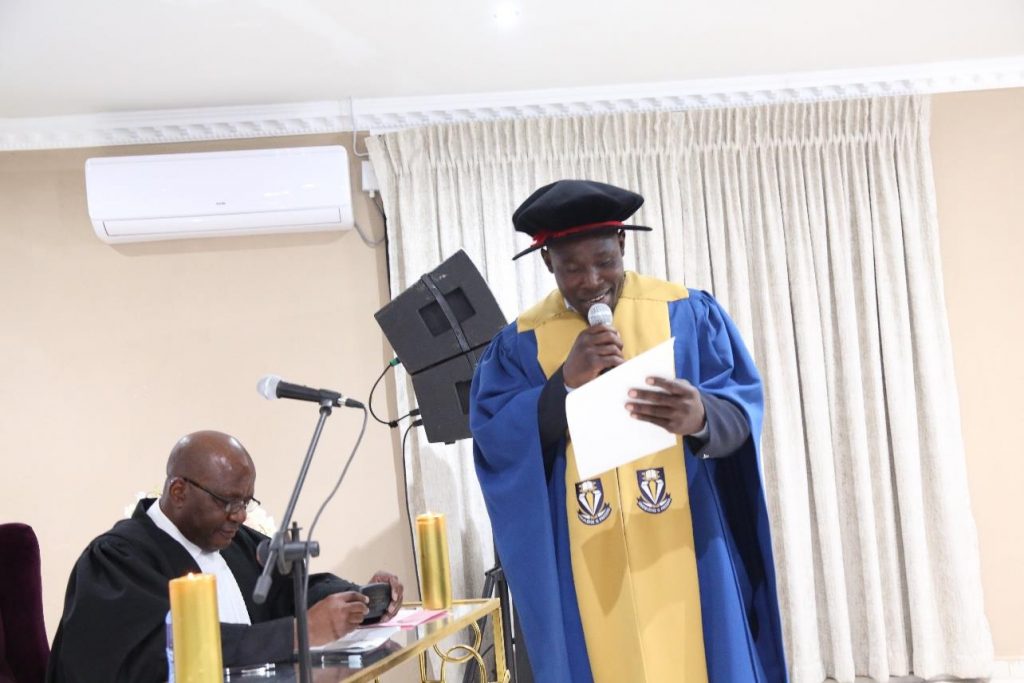 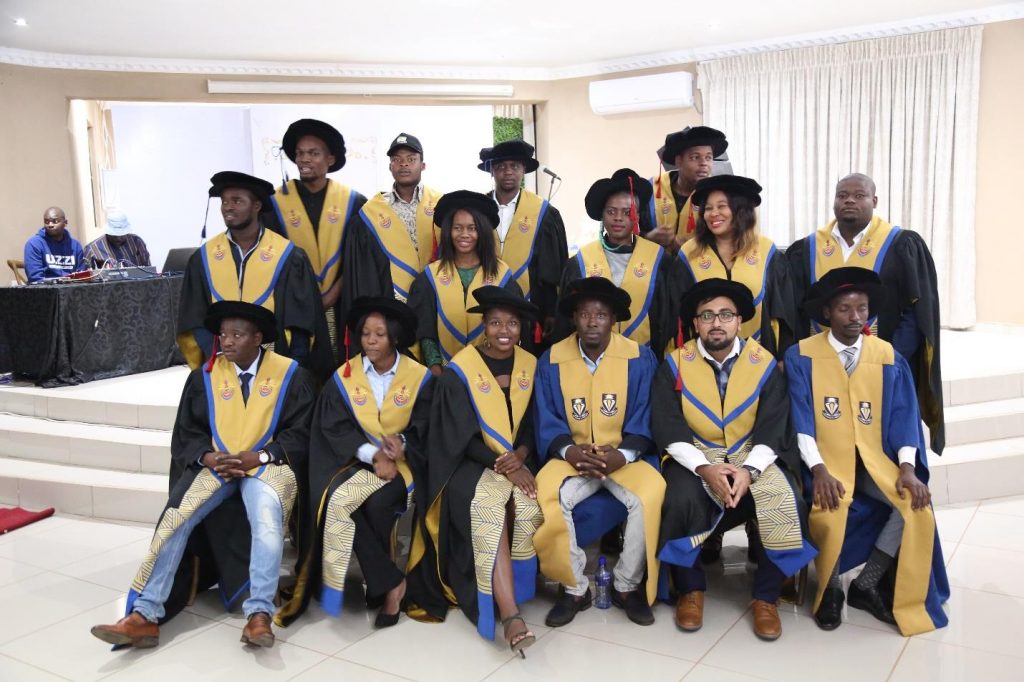 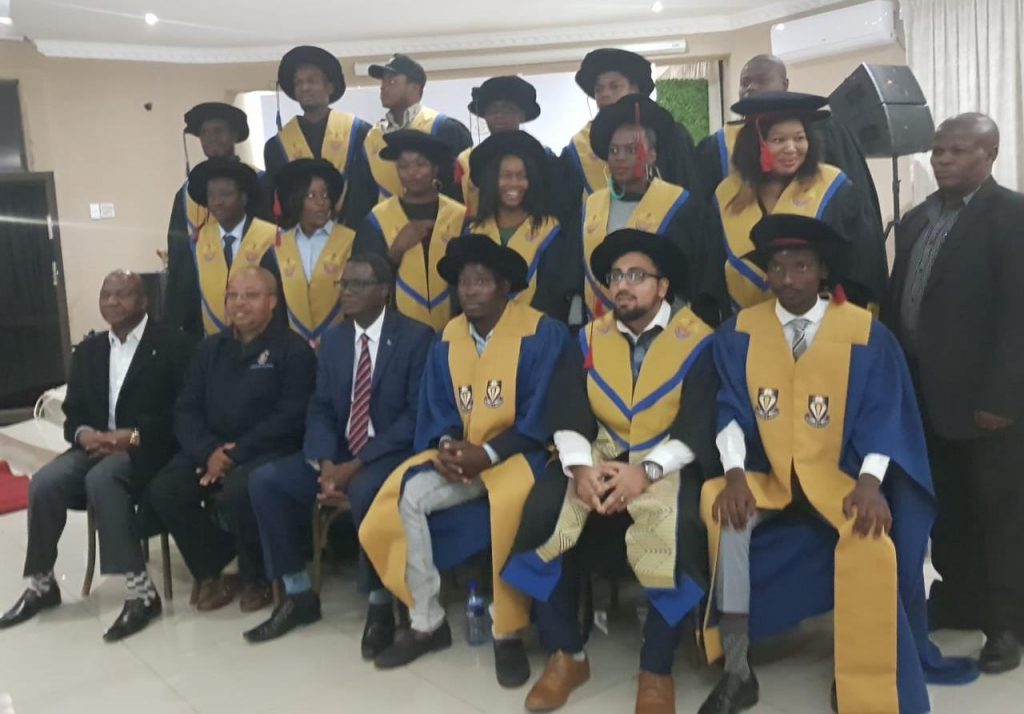