In his Keynote Address, Cllr Avhashoni Tshifhango, Mayor of Thulamela Municipality said this year’s Freedom Day marks almost 27 years since the country witnessed its freedom in 1994. He said, before 1994, South Africans, particularly black people were living in difficult situations because they were oppressed by the apartheid government. “There was no freedom for black people, and we need to be grateful for this day and the freedom that was born on this day.”

Cllr Tshifhango said even though we have freedom in our country, your freedom should be practiced responsibly, and people should always remember that no one is above the law. The Constitution of the Republic of South Africa that was adopted in 1996 outlines the Bill of rights that preserve all the rights that we have as a country. He said Chapter 2 of the Bill of Rights outlines the rights that comes with freedom that was born in 1994.

Among other things, he spoke about Chapter eight (8) of The Constitution of the Republic of South Africa where he highlighted matters of the Judicial authority.

“For almost three decades since freedom was born, we are yet to see our country (Republic of South Africa) experiencing full freedom. We need to continue to fight for full freedom. Even though the country is experiencing challenges, there are many things that were achieved post 1994.”

When concluding his keynote address, Cllr Tshifhango said the government is faced with a challenge to teach people how to take care of themselves when fighting Covid-19 pandemic. He also spoke about a young High School girl who was recently assaulted by a fellow learner until she committed suicide. He encouraged students and learners to stop bullying each other because bullying is another form of depriving another person their own freedom. He encouraged students to go and vote in order to protect their freedom and democracy. 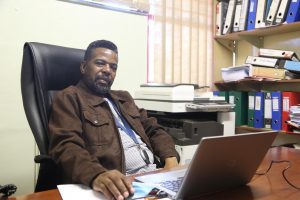 UNIVEN History Lecturer, Mr Seane Mabitsela gave an overview of the struggle against apartheid in South Africa, 1948 to 1994; threats or risks during post-apartheid; the definition of the concept of freedom; and the reasons why freedom should be valued. When explaining the meaning of apartheid, he said apartheid means apartness and this apartness was established by the National Party government of Malan in 1948. He said this National Party governed South Africa until 1994. “Apartheid ensured the survival and kept different races separate at all societal levels. When talking about Freedom.” Mr Mabitsela said the word freedom refers to the power or right to act or speak freely. He said freedom is there even in the Holy Book, on 2 Corinthians 3: 17 – For the Lord is the spirit and where the spirit of the Lord is, there is freedom. He said even Galatians 5:1 talks more about freedom.

When opening and highlighting the purpose of this event, Director Student Affairs, Mr Lufuno Tshikhudo, explained why UNIVEN and the country annually celebrate Freedom Day. He further highlighted that this day is worth celebrating because the price has been paid by the blood of fellow South Africans. Mr Tshikhudo told attendees that, although South Africans are free, they should always remember that this freedom did not come inexpensive, but with a lot of sacrifices and at high price. Therefore, it should be celebrated responsibly.

In his Message, UNIVEN SRC President, Mr Gift Chauke, said this freedom did not happen automatically but it was fought for by a lot of current and previous political activists some of whom are still alive even today. Mr Chauke further spoke about high rate of unemployment in South Africa and issues of free education. He highlighted that, “having freedom for the past 27 years, we should no longer be speaking about issues of land, poverty, free education and other challenges. We should be free from all these challenges.”

He said even when we say we have freedom in South Africa, we are still oppressed. Chauke advised young leaders to check themselves on what is it that they are doing to change the situation because they still have a long way to go. He further advised them to cast their votes during election times because that is another way to make the change. “Even though you don’t like politics, when you are given an opportunity to vote, go there and cast your vote to make the change that you want to see.”

When introducing the Guest speaker, University Registrar, Advocate Edward Lambani said this freedom didn’t come cheap, it came at a price hence it has to be celebrated every year.

When concluding the programme, Speaker of Student Parliament, Afrika Somthi encouraged young generation to practice their freedom and rights responsibly. 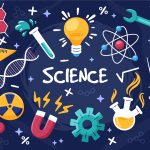