Universities of Venda and Great Zimbabwe renew their partnership 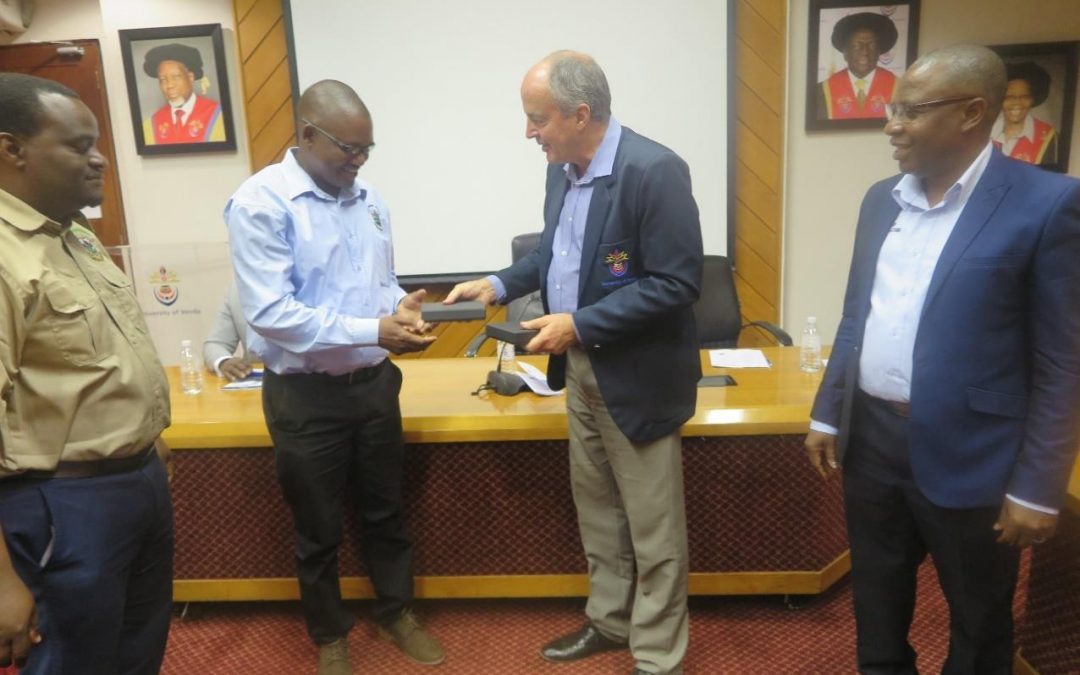 On 06 June 2018, the Universities of Venda (UNIVEN) and Great Zimbabwe (GZU) renewed their Memorandum of Understanding (MoU). The ceremony which took place at the UNIVEN Council Chambers was directed by the Acting Director International Relations, Dr Segun Obadire. Others present as witnesses at the ceremony were Dr Mkhacani Chauke, Head MER Mathivha Centre for African Languages, Arts and Culture and Dr Crous Hlungwane, from the MER Mathivha Centre who is the coordinator of the project from UNIVEN. 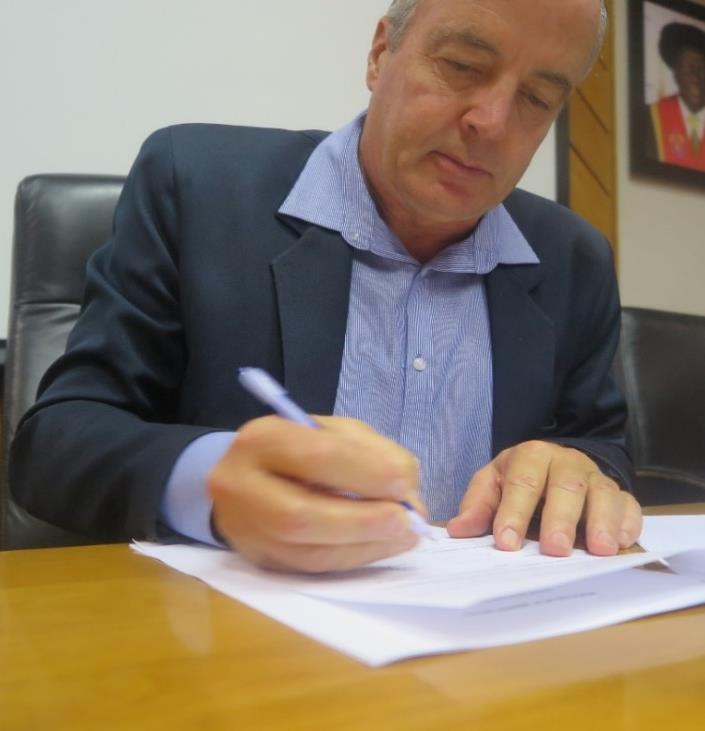 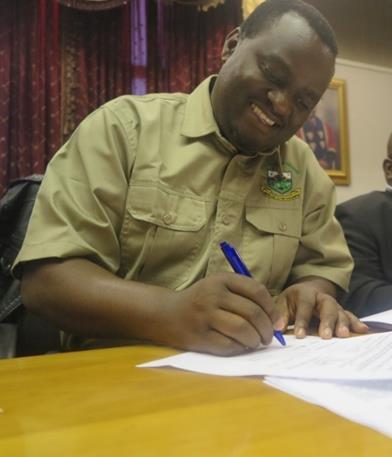 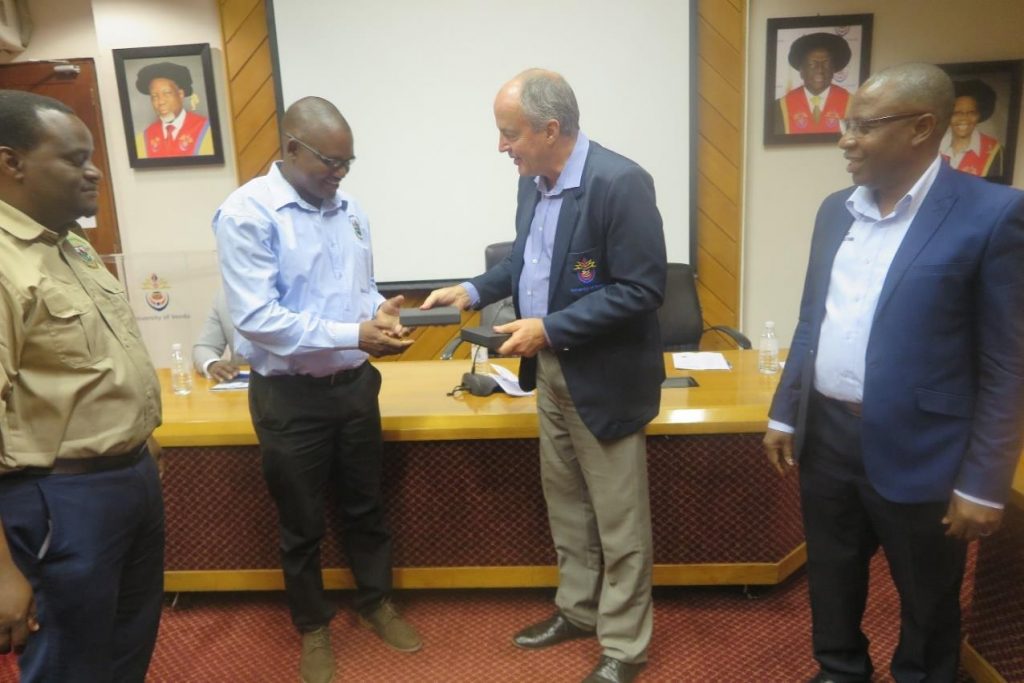 UNIVEN and Great Zimbabwe University (GZU) which was formerly known as Masvingo State University established formal understanding of cooperation and friendship. This collaboration is intended to further the academic objectives of both institutions and to promote better understanding between the faculties, schools and students of UNIVEN and the faculties, schools and students of GZU. Professor Obert Edward Maravanyika, then Vice-Chancellor of GZU and the then UNIVEN Registrar, Mr Khuliso Nemadzivhanani, signed the MOU. 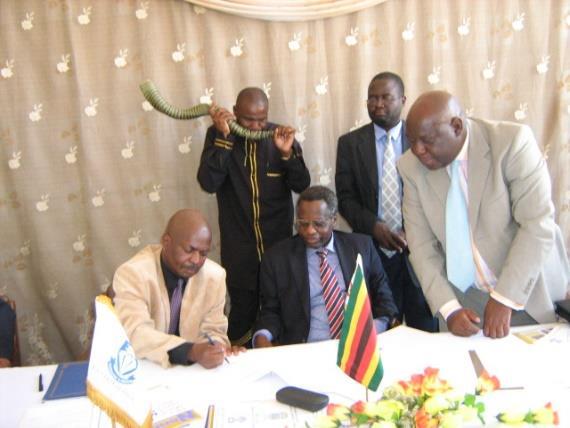 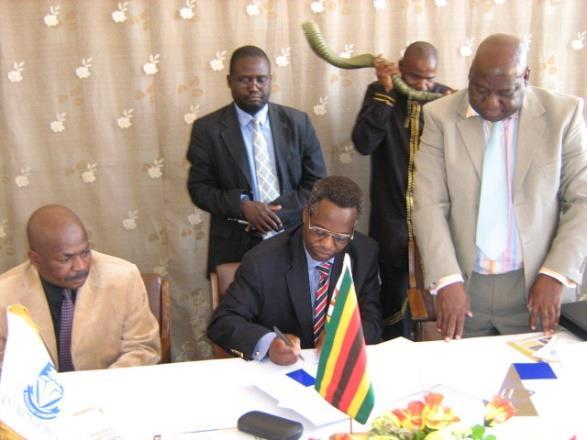 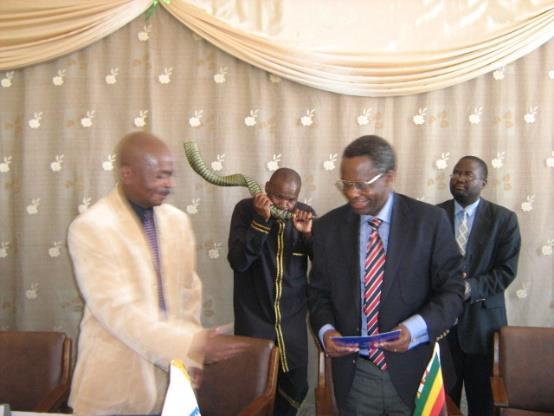 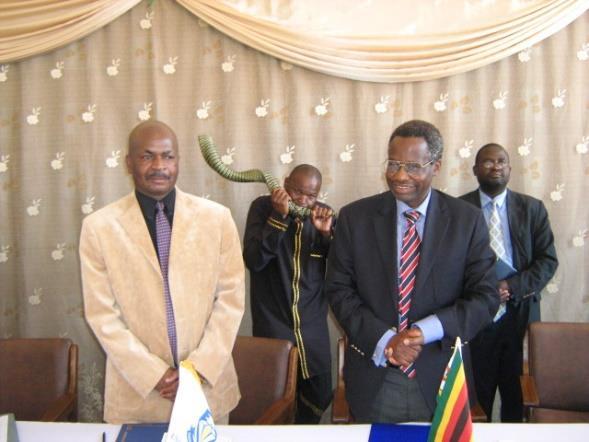 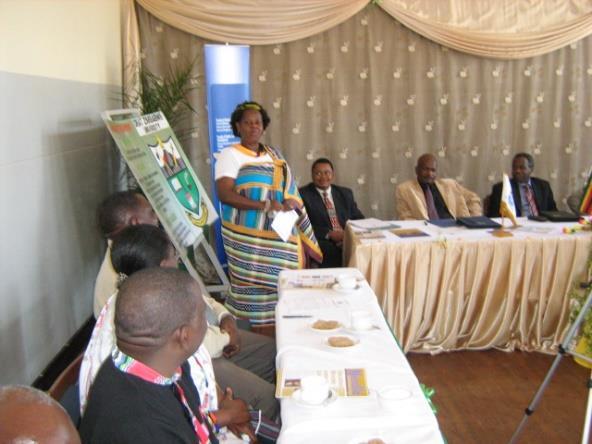 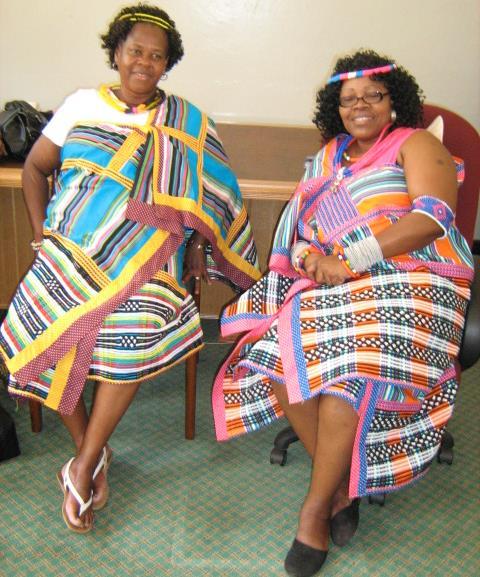 The two institutions ended up signing a Memorandum of Understanding and agreed to proceed to implement the following endeavours and exchanges of materials and personnel for the benefit of the two institutions.

The first MoU with a lifespan of a three year – term was signed in 2008 between the University of Venda and Great Zimbabwe University. The MoU was renewed in 2010 for another three year-term. 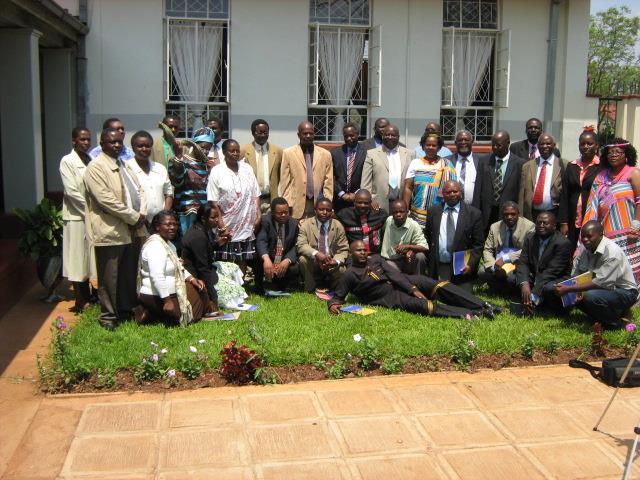 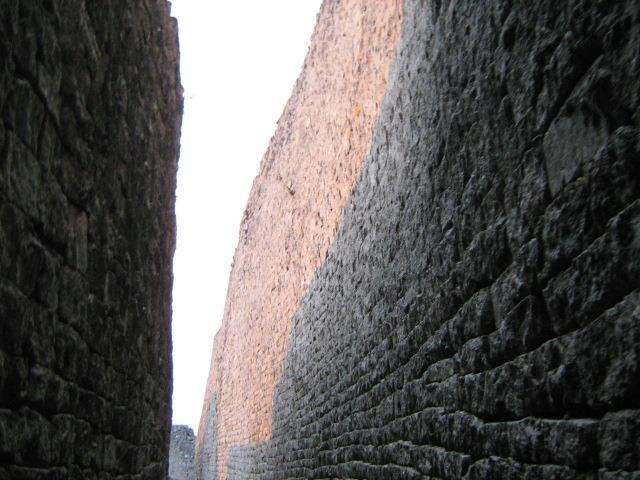 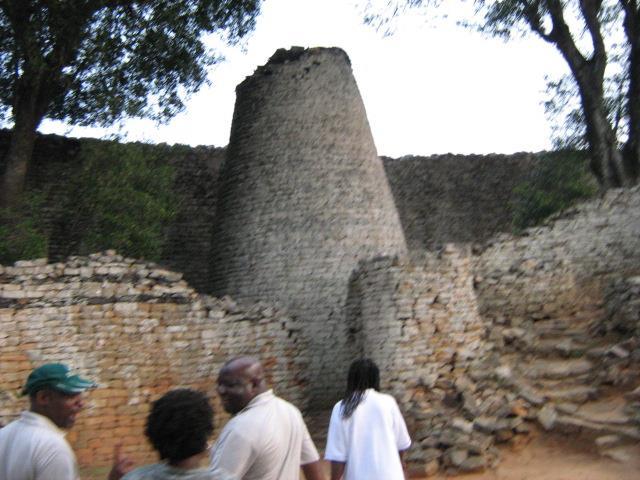 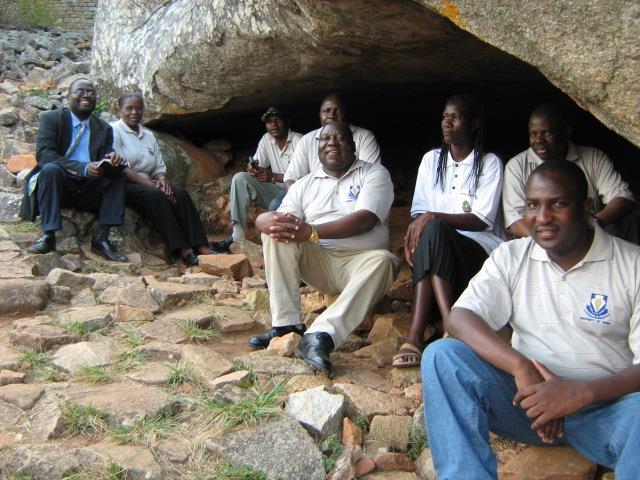 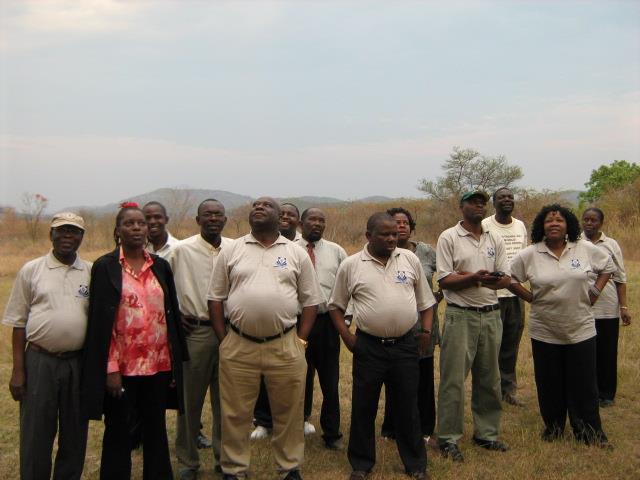 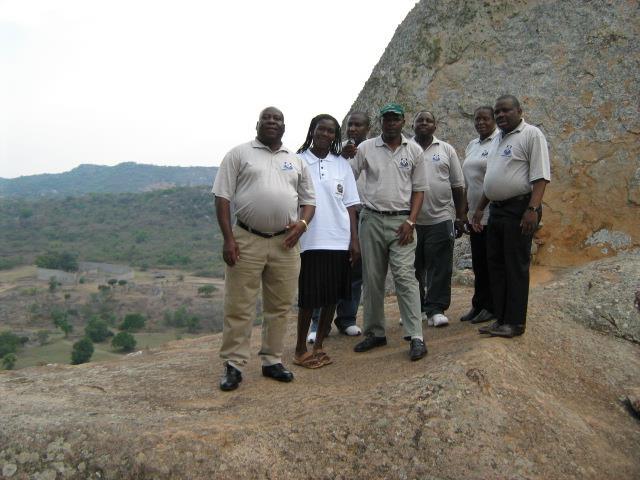 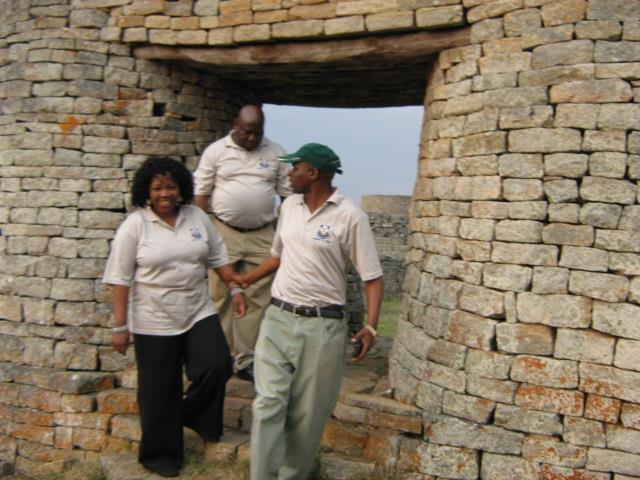 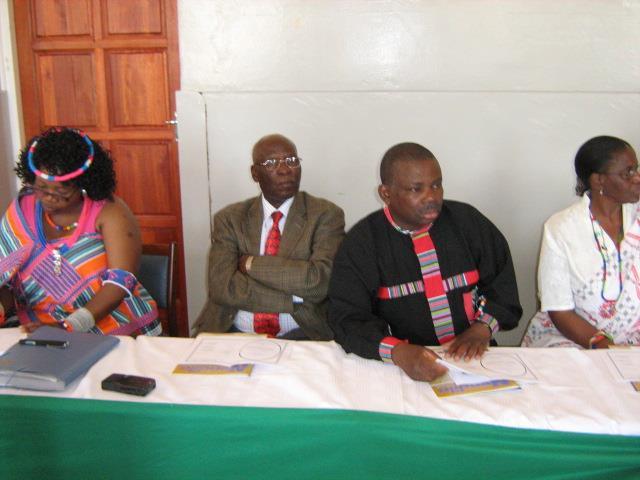 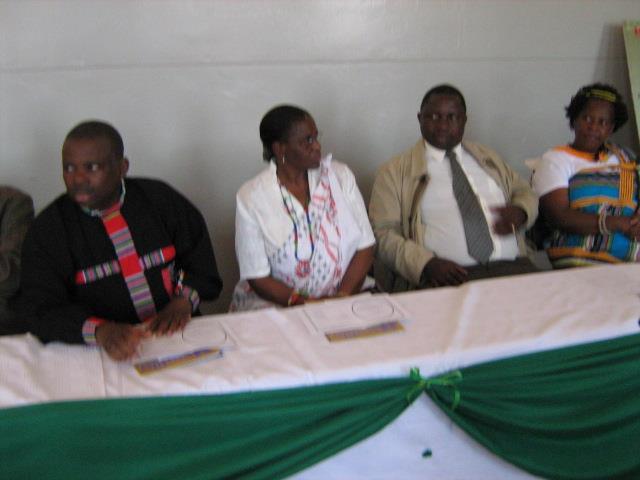 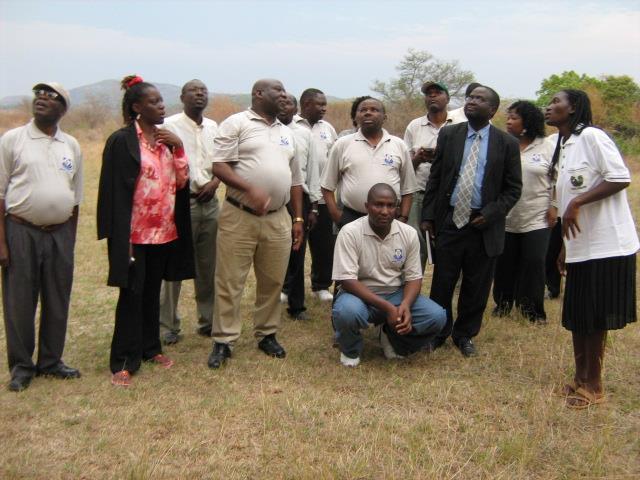 The teaching of Tshivenda and Xitsonga at the Great Zimbabwe University by the University of Venda’s M.E.R. Mathivha Centre staff members started in 2008. Four staff members initiated the process which was two per section. When the programme started it had a total of 25 students differentiated as follows:

Although all of them did Xitsonga up to grade 3, they showed a lot of potential and commitment.

On 10 June 2008, the Great Zimbabwe University arranged a welcome ceremony for the staff members from the University of Venda. In this ceremony, Mr M.C. Hlungwani delivered a speech on behalf of UNIVEN, showing the University’s commitment and passion in making the programme a success. Mr Tshithukhe presented to the Great Zimbabwe University’s Vice-Chancellor, Prof O.E.Maravanynika some books in Tshivenda and Xitsonga donated by different publishing companies in South Africa. Mr Tshithukhe further read messages from the companies that donated the books.

Several students graduated at both undergraduate and postgraduate levels between 2012 and 2018.

By the end of 2013, 95 students specializing in Tshivenda and Xitsonga managed to graduate with a Bachelor’s degree at Great Zimbabwe University. The Dean of the School of Human and Social Sciences, Professor Mokgale Makgopa attended this graduation.

– Masters level:
The following number of students graduated with a Masters degree from the University of Venda from 2013 to 2017:
– Tshivenda: 08
– Xitsonga: 07

From 2017 – 2018, three students graduated with PhDs from the UNIVEN; two are in Tshivenda and one in Xitsonga. These PhD graduates started at the Great Zimbabwe University as first entering students who never had an opportunity to study their languages in the phases of foundation, intermediate and senior (in the South African Education context). These doctors started with the learning of their home languages at tertiary level, something showing serious commitment, passion and hard-work on both the students and their lecturers.

Currently, there are three students, two from Xitsonga and one from Tshivenda, who are doing PhD.

The following Great Zimbabwe staff members benefitted from collaboration of the two institutions. Staff development was one area identified under the first MoU signed.
– Dr Denhere, Prof Mdlovosi, and Dr Gonye, all coming from Great Zimbabwe University, graduated with PhD in Education, Psychology, and English respectively from the University of Venda. Dr Denhere and Prof Mdlovosi were appointed as part time lecturers during their studies at UNIVEN.
– Mr Nhamo and Mr Bebe are currently enrolled for PhD degrees in African studies and Siswati respectively at the University of Venda.

Based on the achievements made on the previous MoUs signed, both UNIVEN and GZU renewed the MoU on 06 June 2018, during an official signing ceremony facilitated by Adv Eric Nemukula and Ms Sephiwe Lubisi, from Legal Services Directorate. The two institutions committed themselves for another collaboration. On the side of UNIVEN, the document was signed by the Acting Vice-Chancellor and Principal, Prof Jan Crafford, Messrs Amos Mushati, Deputy Dean Faculty of African Languages and Sambulo Ndlovu, Director Centre for Africa Languages signed on behalf of GZU.