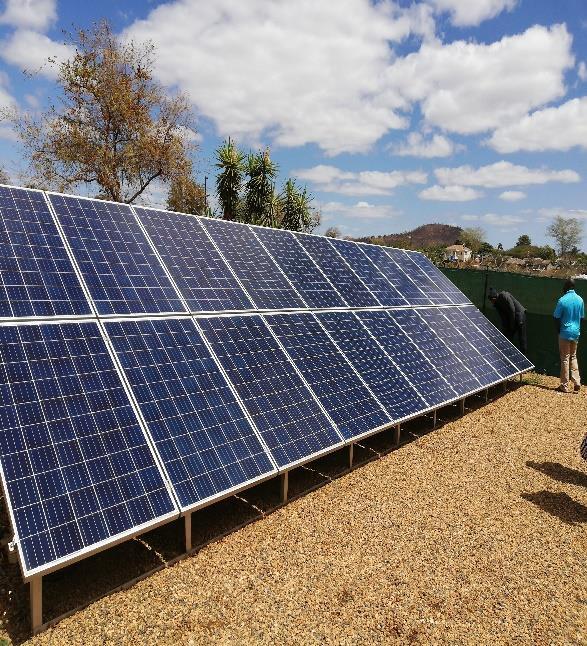 The Department of Physics, Vuwani Science Resource Centre under the school of Mathematical and Natural Sciences of the University of Venda in collaboration with the Centre for Renewable Energy and Sustainable Studies of the University of Stellenbosch hosted the renewable energy workshop at Vuwani Science Resource Centre on 26 September 2019. The workshop aimed at supporting educators in initiating new ideas to the learners on different energy technologies and projects to mitigate climate changes. The workshop provided information on different types of energy technologies starting from the fossil fuel energy generation towards the renewable energy generations. Some of the topics focused on the advantages and disadvantages of energy supply. The emphasis was based on learning more about different aspects of green economy. 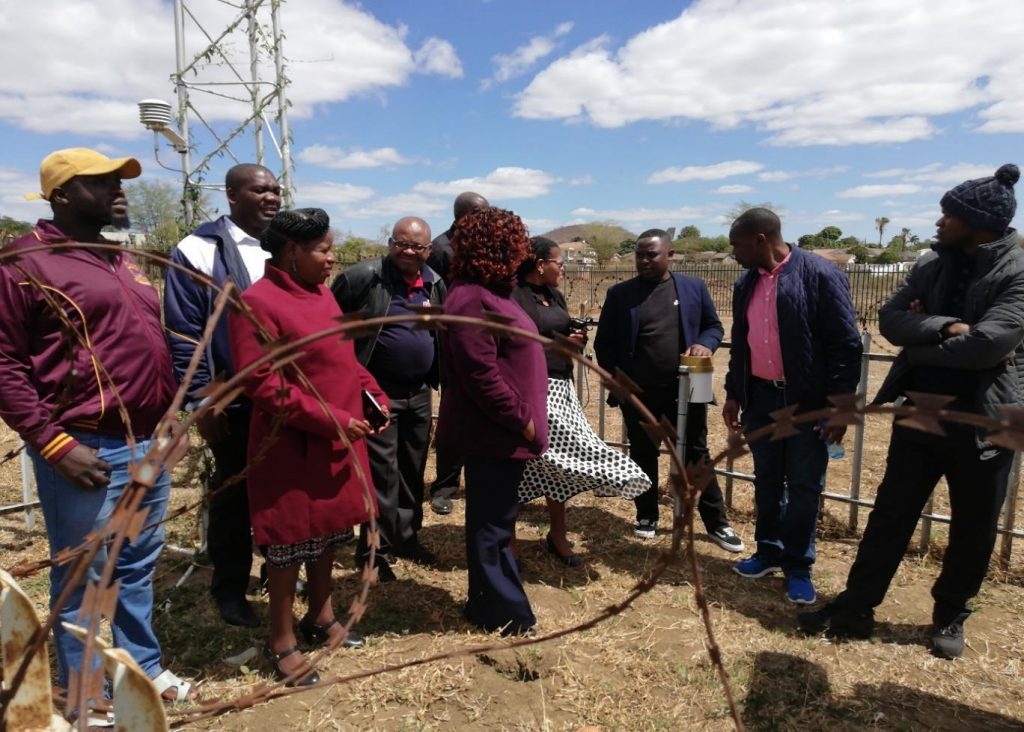 Participants at the weather station at Vuwani Science Resource Centre

Eighty (80) educators from different schools in Vhembe East District attended the workshop. Since the focus of the workshop was on energy and its sources, different sources of electrical generation such as coal stations, Hydroelectricity, Solar energy, Wind energy, Biomass, Geothermal, etc. were discussed. The educators also had the opportunity of visiting the renewable facilities that are available at Vuwani Science Resource Centre, like the PV plant, SAURAN weather Station, Eddy Covariance Flux Measurements Station, etc.

More of the discussion was based on the renewable energy technologies like Biomass, Photovoltaics, Wind and Geothermal. Currently the most suitable technology in our region is the Solar Energy. A typical photovoltaic system employs solar panels, each comprising several solar cells, which generate electrical power. PV installations may be ground mounted, rooftop mounted, or wall mounted. The PVs may be fixed or use a solar tracker to follow the sun across the sky. This technology is currently one of the technologies which can be used in our region due to high availability of solar radiation throughout the year. 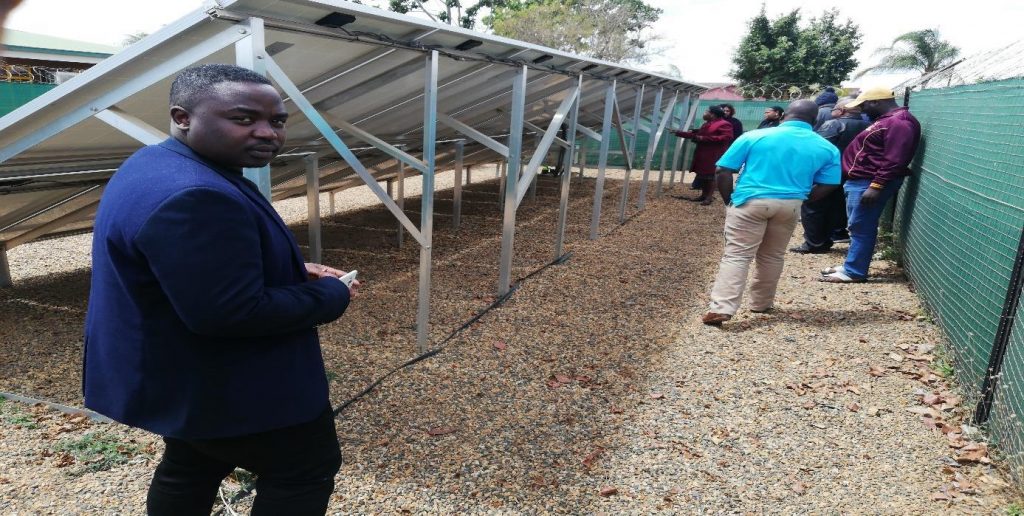 Mr. Simnikiwe Gulwa (Centre for renewable energy and sustainable studies-SU) during the tour around the solar plant at Vuwani Science Resource Centre.

Mr Simnikiwe Gulwa as a facilitator engaged the educators with discussion on several renewable energy technologies which are currently used in South Africa. He further mentioned different plants available in different provinces of South Africa, like the wind farm in the Eastern Cape, Solar plants in the Northern Cape and different other provinces like Limpopo, etc. He further indicated that Photovoltaics plants are the future of energy supply in South Africa. 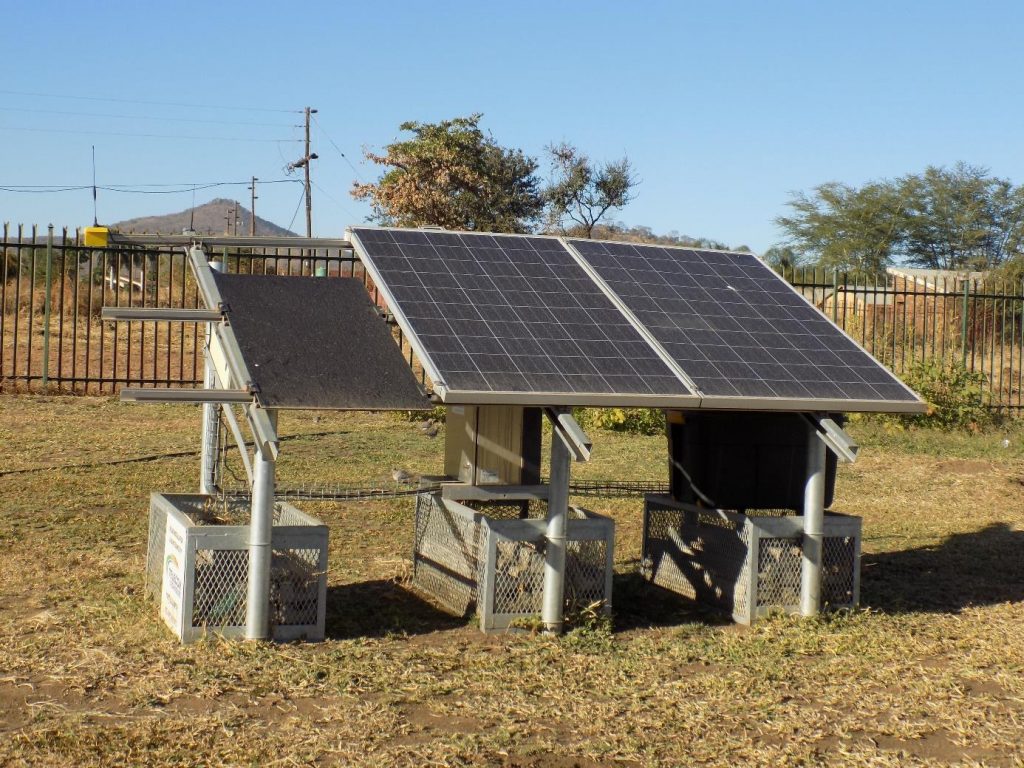 With the help of Dr Sophie Mulaudzi and Dr Eric Maluta, the discussion about different stations at Vuwani Science Resource Centre were carried out. Some of the educators were amazed to see the technology and research around the science centre. Most of them developed interest on having a small solar plant for their household. 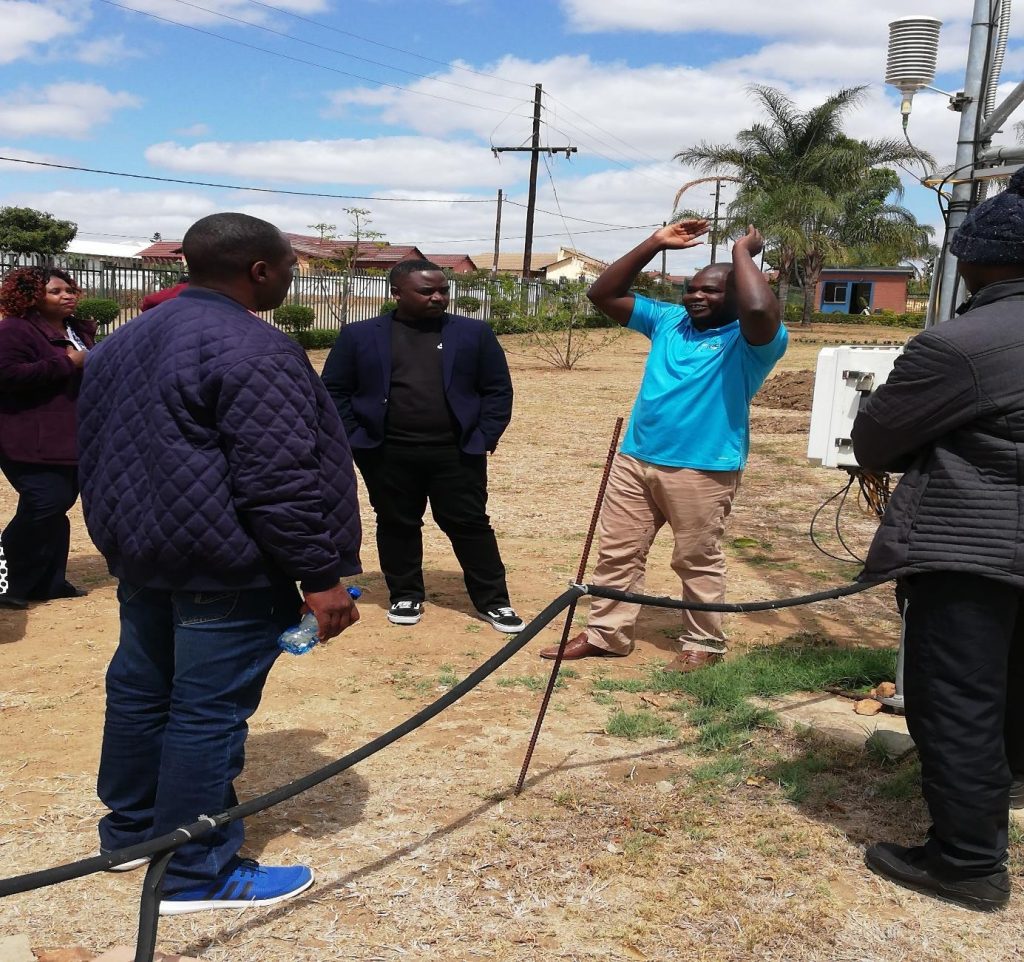 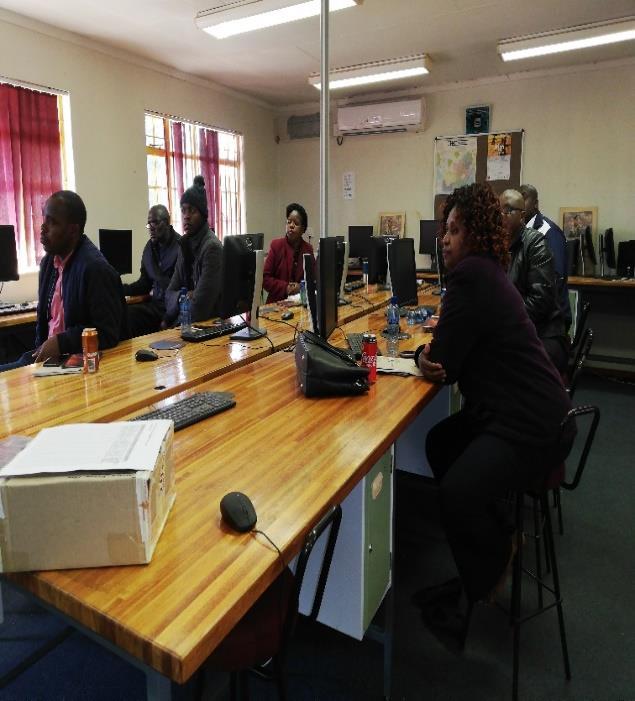 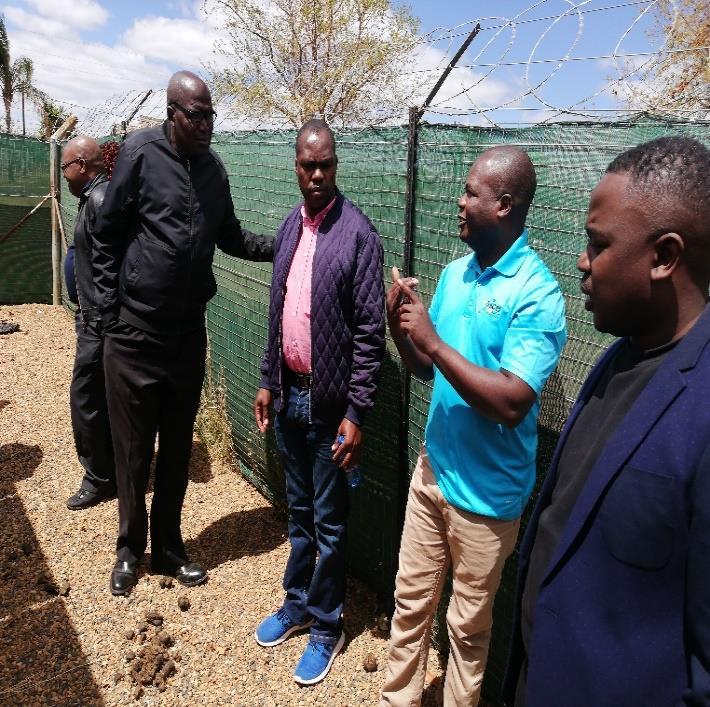 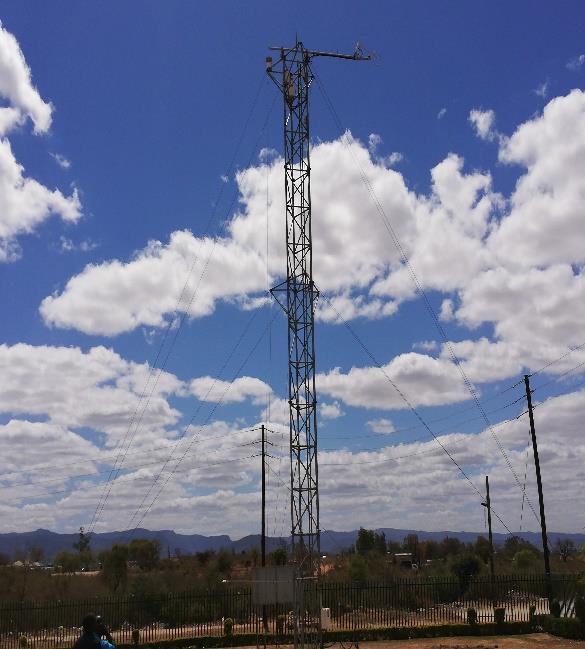