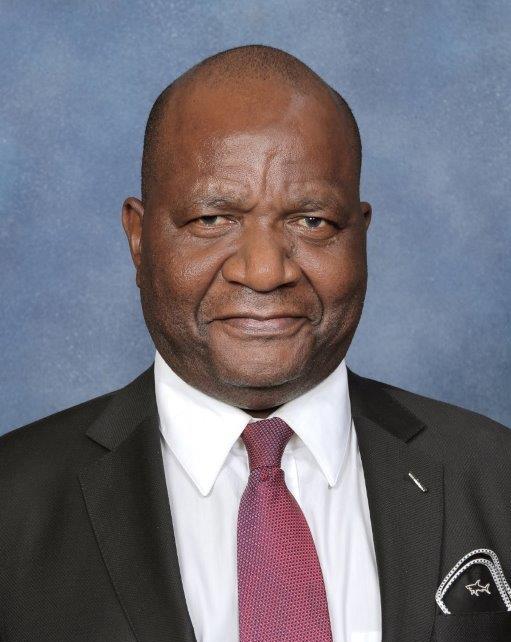 He said that this appointment takes place when the University is in a state of transition but because he has already acted in this position, he knows exactly what is expected from him regarding performance and aligning himself with the University’s 2021-2025 strategic plan.

Vice-Chancellor and Principal, Dr Bernard Nthambeleni congratulated him and described Advocate Lambani as a very dedicated staff member with clear vision. “Advocate Lambani has a clear understanding of the University’s Mission and Vision and that is what we all need, to actively work as a team in achieving our goal.”

His recent employment history among others include the following: Director of Legal Services (UNIVEN) from January 2014 until his appointment as the University Registrar; Practicing Attorney (Own Practice) from May 2012 to Jan 2014, Secretary to the Limpopo Legislature from May 2002 – April 2011, Senior Manager, HR and Corporate Services (IEC) National Office 2001 April – 2002 April and Chief Executive Officer (Randfontein Transitional Local Council), Randfontein, Aug 1996 – June 1998.

Some of his notable positions of office include: Member and Chairperson of the Audit Committees of Vhembe District Municipality, Thulamela Municipality and Musina Municipality from 2015 to date; Member of the Advisory Board for Arts and Culture Department (RSA) from 2014 to 2017; Member and Chairperson of Technikon Northern Gauteng Council from 2000 to 2004; Director of the Agriculture and Rural Development Corporation RDC) Limpopo Province from 1999 to 2000; Member of the Executive Committee of the Johannesburg Attorneys Association. Convener of the Companies and Justice Sub-committees; Member of Gauteng Economic and Development Forum (Representing Gauteng Chamber of Commerce and Industry). Member of NAFCOC (Head of Gauteng Chamber of Commerce and Industry Legal and Tax Committee) and Member of the Commission on Pensions Investigations for Government of Venda. He also served as President of UNIVEN Convocation and a member of Council in the nineties and early two thousand. His wealth of experience and knowledge in the higher education sector will certainly enable him to take the University Registrar Division to another level.

The Vice-Chancellor and Principal, Dr Bernard Nthambeleni urges the University Community to give Advocate Lambani the necessary support in his new role as the University Registrar.