During the workshop, various topics were covered. They included project procedures and approvals, quality features and case studies in the field of generation of electricity from biomass waste. 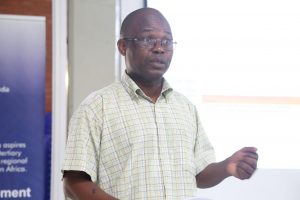 Delivering the introduction and purpose of the workshop, Dr David Tinarwo who is a Senior Lecturer and Researcher at the University of Venda said that the training was designed to influence direction on waste management with the aim of enhancing the green growth in the province. He went on to highlight that the purpose of this training was to ensure that conversion of waste to energy was mainstreamed into the waste management strategy of the Limpopo Province. Dr Tinarwo hoped the training would stimulate the adoption of market-based Agro-Industrial biogas technology in local Municipalities in the Province underpinned by effective and efficient use of the renewable energy. 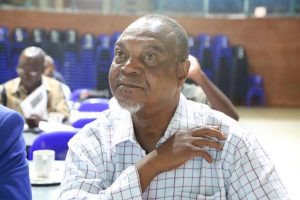 Mr Trevor Mulaudzi, a Water and Sanitation Lecturer at the University of Limpopo reconfirmed that biogas technology could solve a lot of problems for the country because it was cheaper than coal-generated electricity. He added that universities served large communities, implying that there was a lot of potential to produce a lot of biogas from food waste, human excreta and grass cuttings. “Biogas digester is a container where you accumulate your waste and let it ferment, as it is fermenting, it produces methane gas which can burn as energy and is converted into electricity”, he explained. 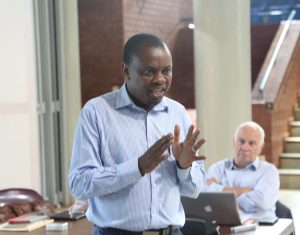 Prof Joseph Francis, the Director of the Institute for Rural Development presented on ‘Monthly Cleaning of Citizens’ Minds for a Sustainable Clean Environment.’ In his presentation, he emphasised that it was necessary to create awareness among citizens and secure their involvement in maintaining a clean physical and psychosocial environment. This awareness would serve as the bedrock or foundation for sustainable people-centered development. He pointed out that the training was relevant and it had come at the right time, given that introduction of the biogas initiative was likely to create jobs. 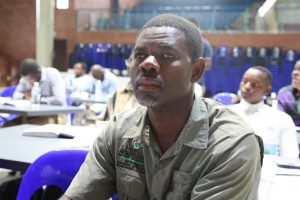 Mr Shavhani Neluvhola, Assistant Director of Vhembe District Department of Economic Development, Environment and Tourism said that the training was very informative and was likely to contribute to raising the standard of living of people. Mr Neluvhola further revealed that there were very few biogas producers in the country. “This training should also be provided to the youth of this District because it can create job opportunities for many people.” 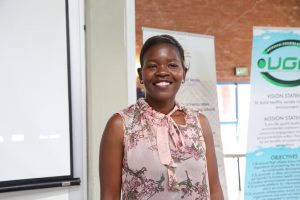 Ms Vhutshilo Ravele, who works as a Superintendent responsible for Environment and Waste Management at Thulamela Municipality was happy to be one of the people who participated in this training. She indicated that the training was eye opening because Thulamela Municipality was exploring alternative ways to produce energy instead of depending on coal-generated electricity. Ms Ravele added that there were many places in Thulamela Local Municipality that produce methane. “If this opportunity can be used, then we will be able to conserve the environment and also create a lot of job opportunities”. 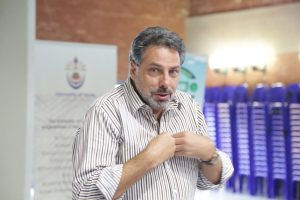 Mr Otto Hager, IBERT Chief Executive Officer (CEO) who provided the training said that the objective of this training was to show the biogas technology and experience relevant to South Africa. Mr Hager added that biogas relies on natural process and it can present many opportunities. 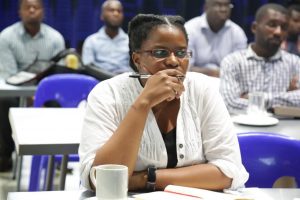 Ms Ditebogo Rametse from Midrand in Gauteng also participated in the First Limpopo Agro-Industrial Biogas Training Workshop. She said that the training had equipped her with a lot of information that she needed. Her aim is to start a company that will generate biogas using recycled waste materials. 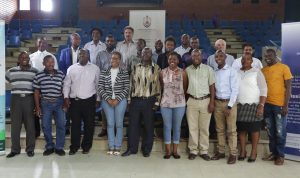