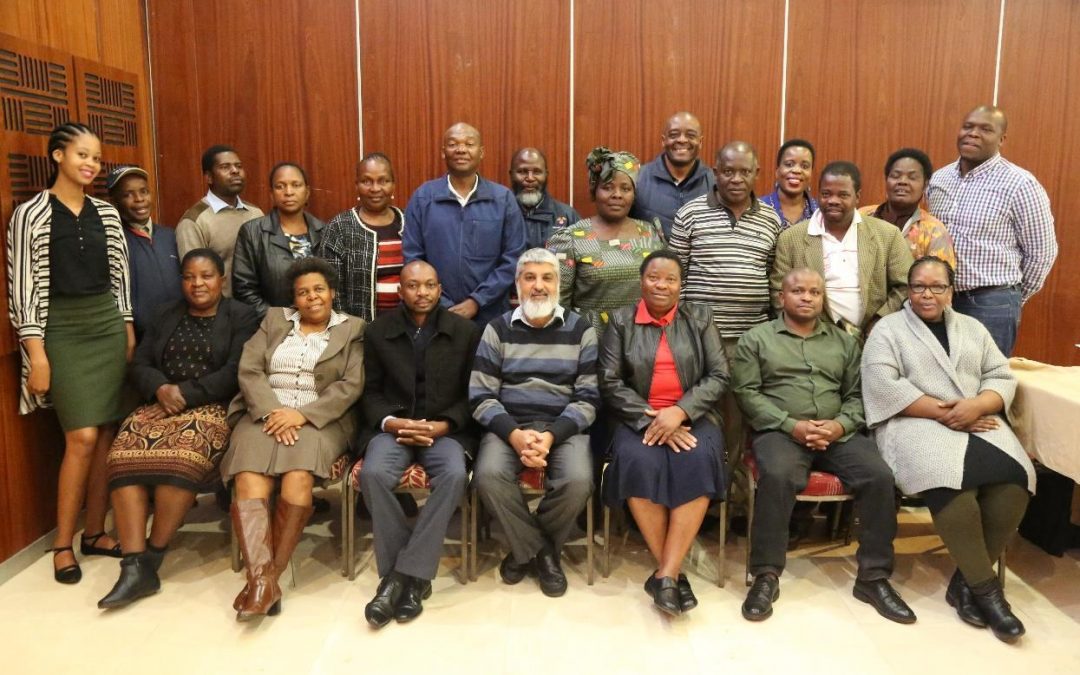 The Commission for Conciliation, Mediation and Arbitration (CCMA) has recently conducted an effective negotiation skills training to Univen staff members. The three days training took place from 02 to 04 August 2017 at 2Ten Hotel, Sibasa.

“This training attempts to identify the real needs or interests of all parties involved in the conflict. Negotiation forms part of most conflict and dispute resolution processes,” said Senior Commissioner from Limpopo CCMA, Mr Abdool Osman. Mr Osman told Univen employees that, it is only through identifying the needs when negotiators will be successful in creating a “win-win” outcome for the parties involved in a conflict.

The main focus of this course is on developing effective negotiation skills for employer -Mr Abdool Osman.

He said there are different things we do to establish the real needs of individuals involved in a conflict. Mr Osman further highlighted that the training aims to develop and improve practical skills in negotiation on both sides of the bargaining table and to gain a better understanding of the negotiation process in context. “The main focus of this course is on developing effective negotiation skills for employer and labour negotiators in both the public and private sectors,” he concluded.

Mr Alfred Mutoti said this training is important because employers want to keep experienced employees and on the other hand experienced employees wants the best care from the employers. According to Mr Mutoti, if the two parties do not reach agreement, then chaos might erupt. “This training complements what we are doing and strategically so. Employees should not represent themselves, we are here to negotiate on their behalf because even lawyers do not represent themselves when they are found to be on the wrong side of the law,” said Mutoti. He said human beings are likely to be emotional when representing themselves and someone with high emotions during negotiations is likely to lose the battle or make mistakes.
The training touched most important strategic negotiation skills including: negotiation process in context; to settle or not to settle; developing negotiation skills; position versus interest/needs and role players.