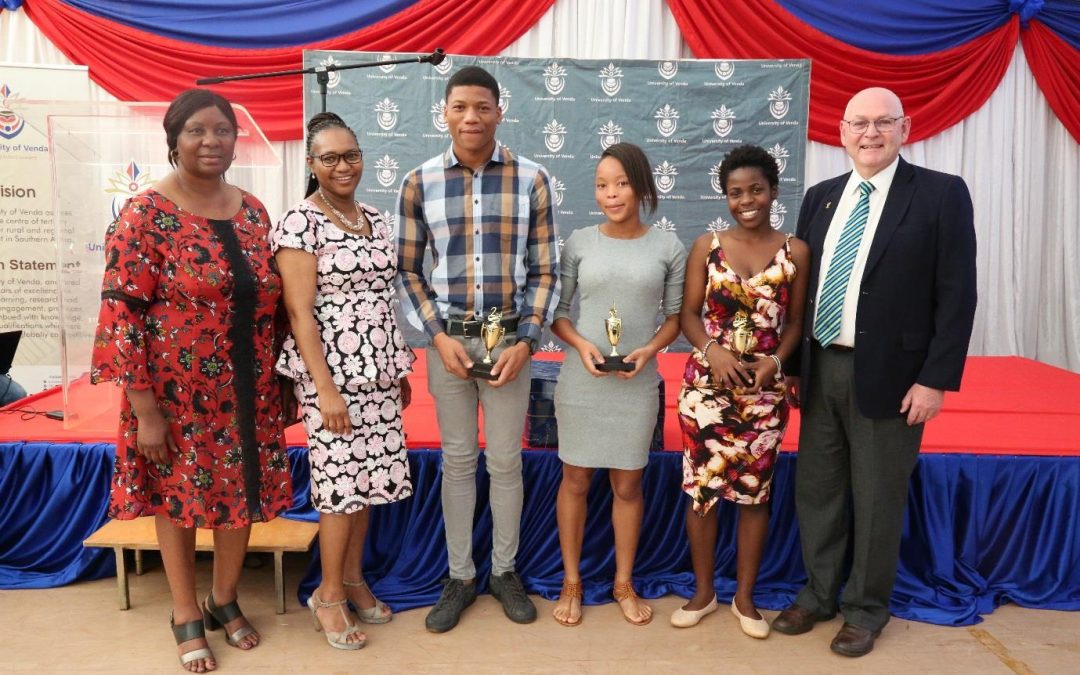 “I am grateful to be one of those who had an opportunity to work and interact with the late Prof Lateef Amusa while he was still alive,” said the Dean of the School of Health Sciences, Prof Tshilidzi Mulaudzi during Prof Lateef Amusa’s Memorial Lecture. The memorial Lecture was held on Friday, 30 August 2019 at the University Sports Hall. 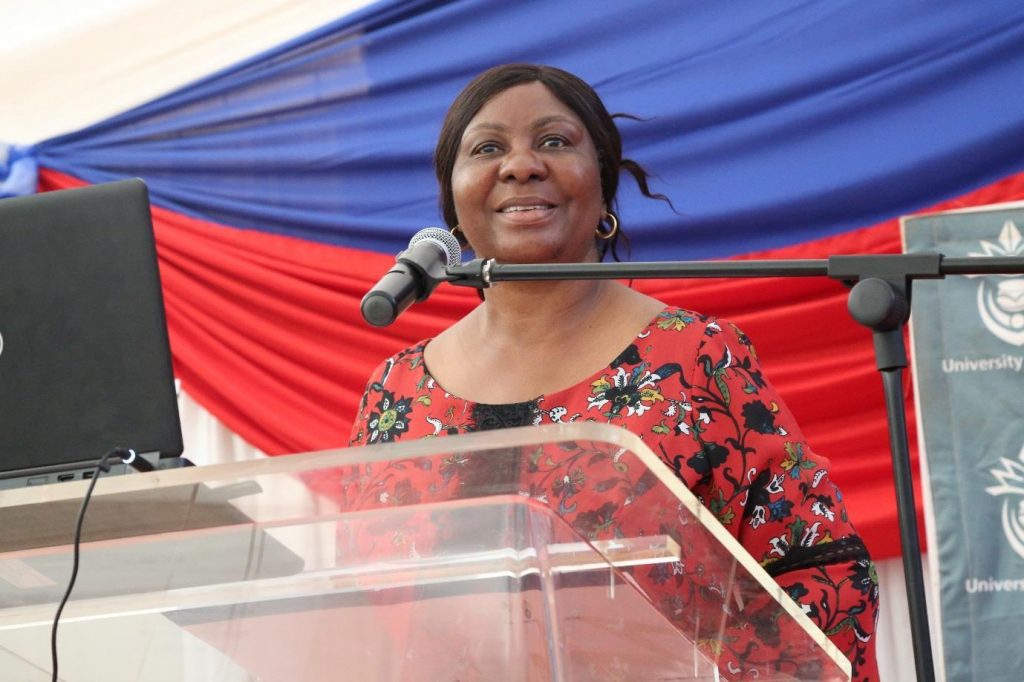 Prof Mulaudzi continued to say that this lecture is an annual event which provides an opportunity for reflection on the current state of the three fields which are Biokinetics, Recreation and Sport. “This event was changed from an ordinary event to honour the great work and dedication that has been done by the late Prof Lateef Amusa while he was still alive. He ensured that the centre grows.” 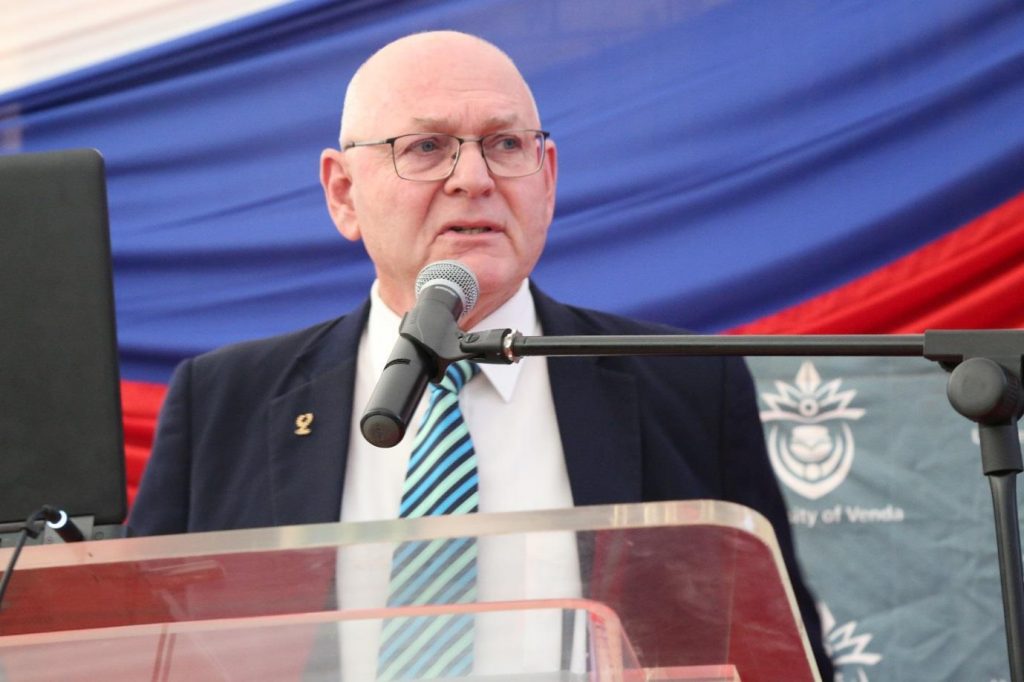 The guest lecturer, Prof Hans de Ridder from the University of North West

The guest Lecturer, Prof Hans de Ridder from the North-West University reflected on how he met Prof Lateef Amusa back in 1994 when they were in one of the conferences. He said that was the time they became close friends and sports buddies. Prof Riddler expressed that it was through the late Prof Lateef Amusa’s hard work that he (De Ridder) drew inspiration from.

In his presentation under the topic ‘Modern Athletes: Are we breeding giants and what are the health consequences?’, Prof de Ridder outlined that there is a huge search of the size and shape in athletes and in the sports world. They are spending their money on the sports and size of players. “Although, many people don’t believe that size and shape does matter in sports. But in most sporting codes such as Basketball, Rugby and Cricket just to mention few, the size and shape of the body is vital and important as they are not easy to challenge,” said Prof de Ridder.

He further reflected on the health consequences that most athletes especially those who are tall and the giant. He said that some of them (athletes) do suffer from obese and they get overweight after retirement. “This is because after retirement, some of those athletes no longer exercise.” He explained that people find themselves involved in illegal behaviours to get the required size. “Believe me, no matter how you look at it, using drugs is a risky business.”

Prof Hans de Ridder concluded his talk by sending a message to the young generations to move with time and use lessons that is taught at the university during their studies.

During the same event, the centre for Biokinetics, Recreation and Sports Science used the opportunity to award some of the students who are academically doing well in sport field. 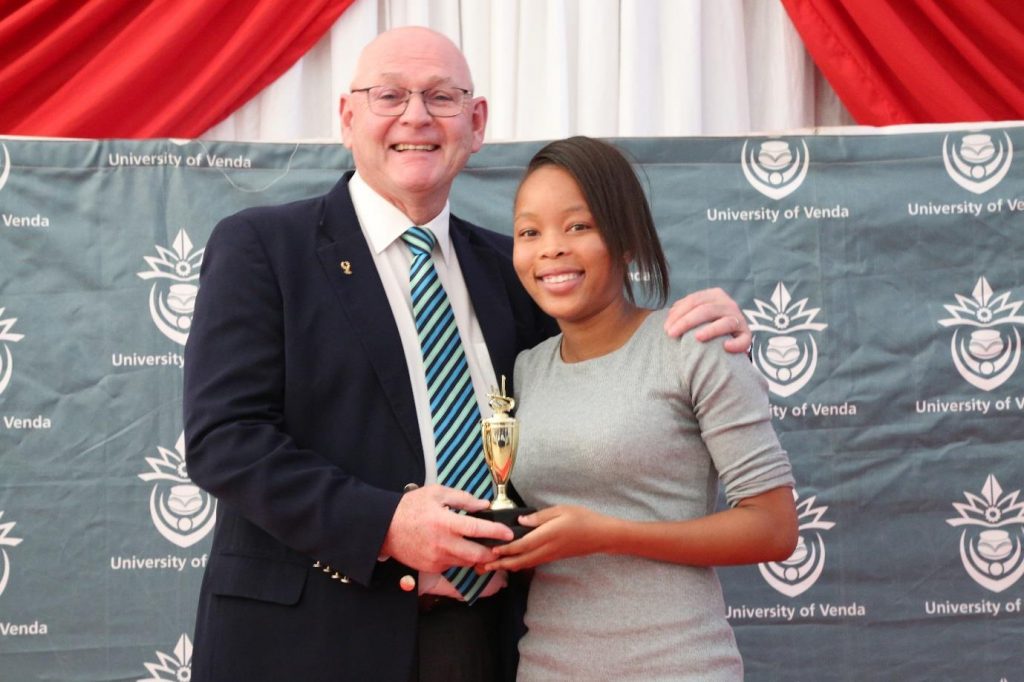 Above: Kgomotso Malepe who obtained position one (1) posing for a photo with Prof Hans de Ridder 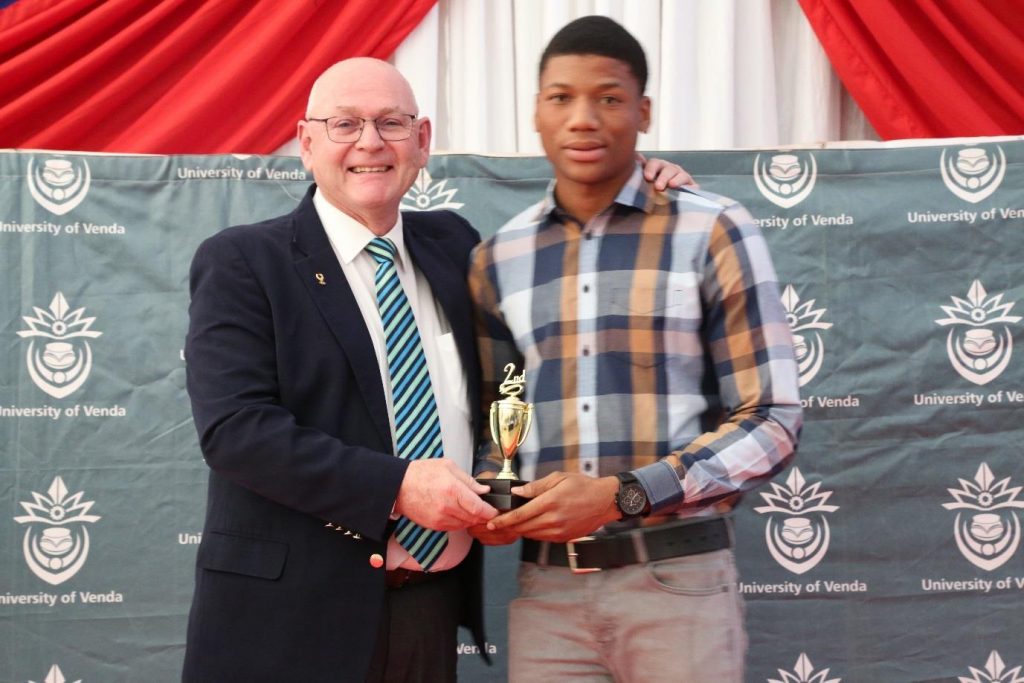 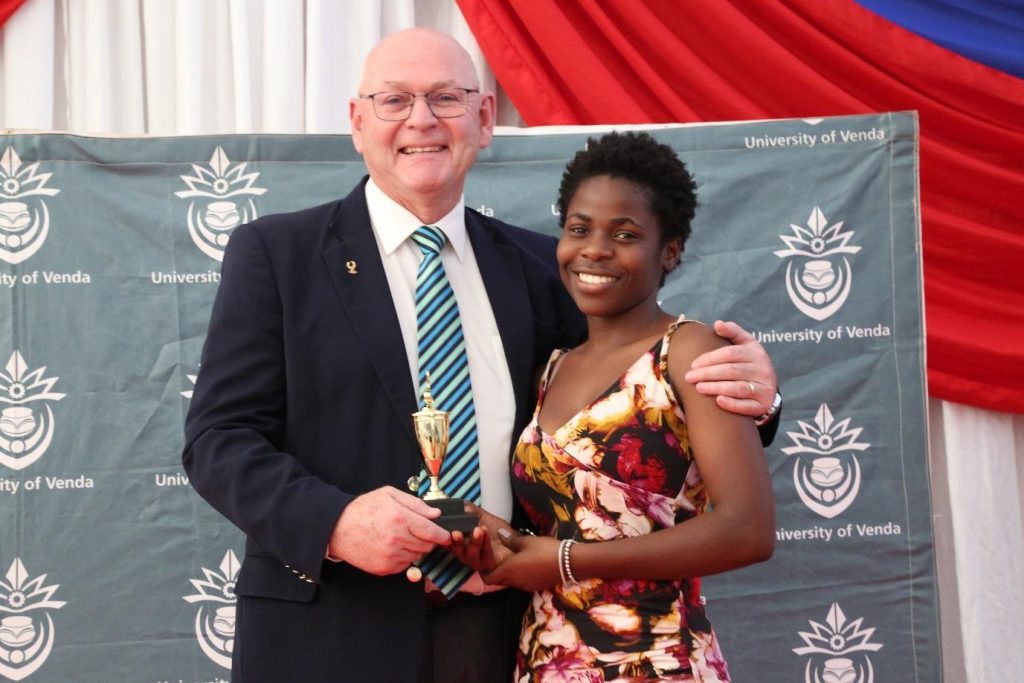 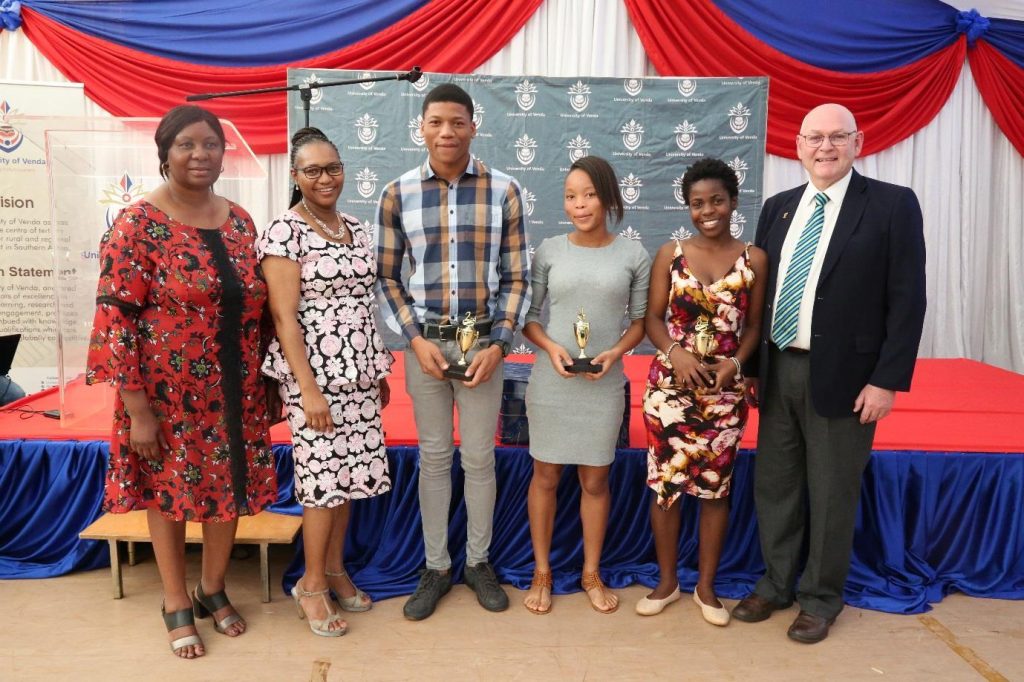 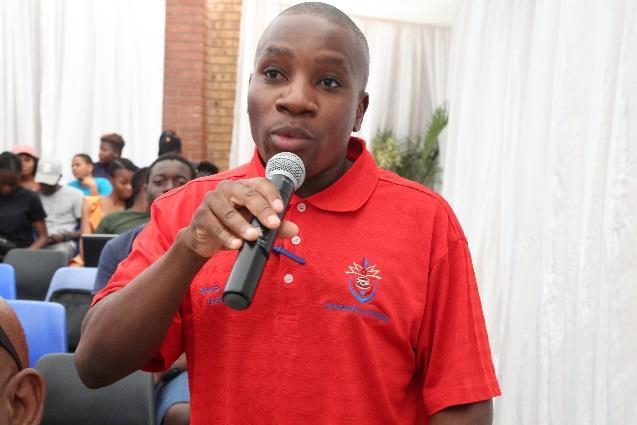 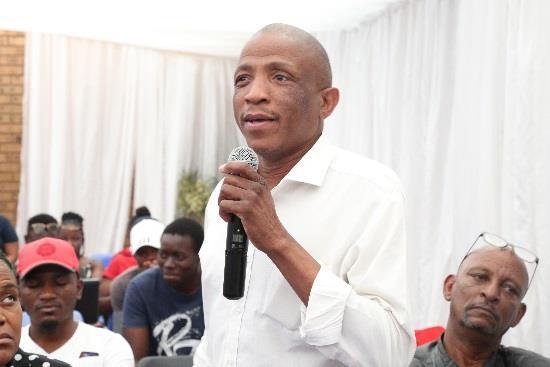 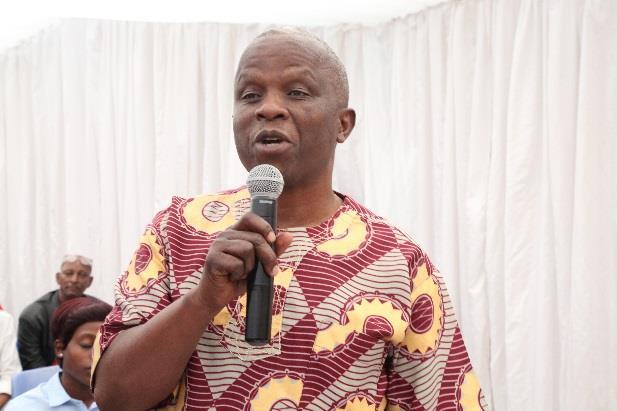 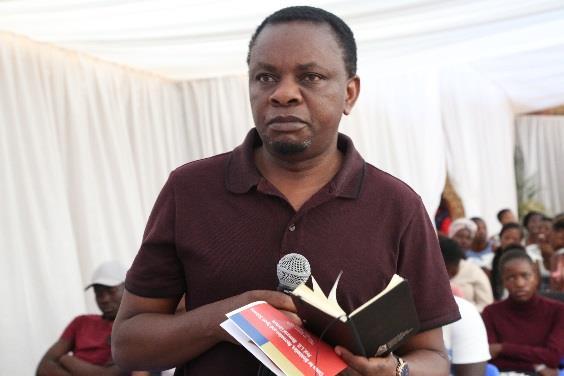 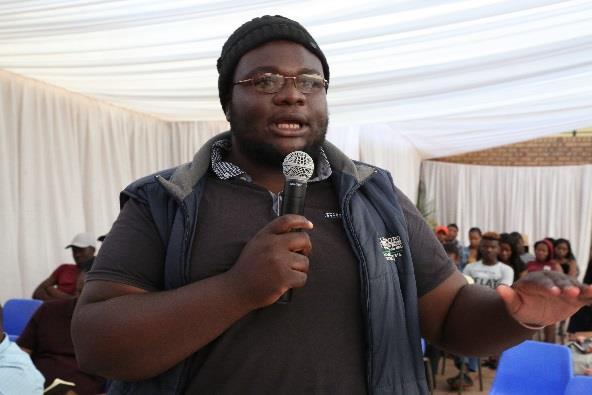 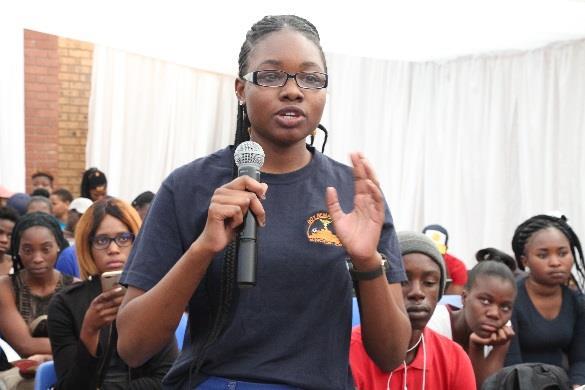