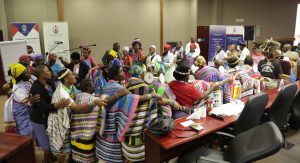 The University of Venda (Univen)’s Community Engagement Directorate summed up their annual events for the year 2017 by hosting the 2nd Indigenous Knowledge System (IKS) Interface Conference at Research Conference Centre on 17 November 2017.

The conference was held under the theme ‘Honouring the elders and indigenous knowledge holders’. Cultural songs and Domba dance entertained the audience. The purpose of the conference was to reflect on previous events, celebrating a successful year and discussing possible topics for the year 2018. 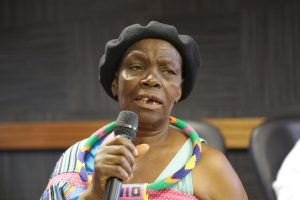 Mrs Irene Singo said that the restoration of culture on young people is very important. “Young people are no longer taught the importance of culture,” Mrs Singo added. “There were no fights in the olden days, but nowadays cousins and relatives fight one another. Many young people are dying because they don’t have respect for other people.” 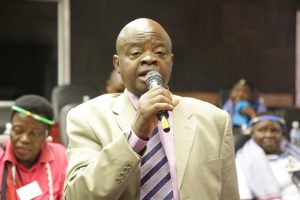 “To be a traditional doctor is a calling. Traditionally, we are doctors and nurses at the same time because we do everything that others do,” said the Chairperson of Vhembe Traditional Doctors, Mr Dumakude Maluleke. Mr Maluleke added that people should know that traditional doctors are not witches.

Mr Maluleke said that VhaVenda and Vatsonga have been living together for a long time, so the recent tribalism disagreements should come to an end. Mr Maluleke also congratulated Prof Netshandama for organising events which brought people together. 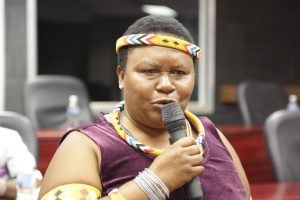 A Traditional Doctor, Ndiambani Livhadela, said that Univen is like a centre which brings diverse cultural groups together. Livhadela added that learning never ends. “We learn a lot from each other during these events. We urge young people to go back to their roots,” Livhadela added. 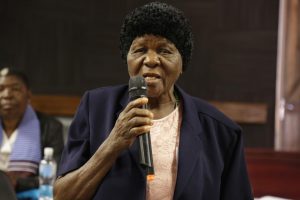 “Univen brings us together,” said Mrs Annah Munyai. Mrs Munyai said that they learn lot of things from community engagement events which play a vital role in their daily lives. “We will strive for knowledge to be transmitted to the coming generation,” she said. 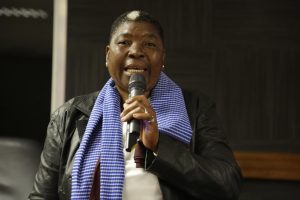 At Univen we learn how to love each other- Mrs Baloyi

Mrs Gladys Baloyi outlined that they love the way events unfolded without fights. Mrs Baloyi condemn people who hide disabled people at their homes. “Disabled children should not be hidden. We should not be ashamed of them as parents.” Mrs Baloyi echoed other speakers and said that they learnt how to love each other as Univen community members. 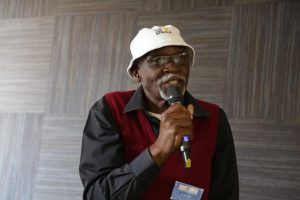 Mr Dima highlighted that colonisation made people to forget their culture

The Director of African Young Eco-mind Dialogues, Mr Mashudu Dima, stressed that being a traditional Doctor is a gift. “We should learn to respect each other and not call each other with derogative names such as Matshangana or Mavenda,” said Mr Dima. Mr Dima further said that colonisation made people to forget their culture. 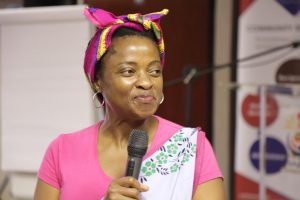 Prof Netshandama said that they want to promote unity among traditional doctors and pastors. “We shouldn’t hate each other. We should strive for unity,” She added. Prof Netshandama further encouraged the audience to ignore all the negativity.

The people who attended the conference proposed that the 2018 conference should focus on health and indigenous food, because there are many forgotten indigenous food. It was also raised that people should stop criticising traditional leaders. 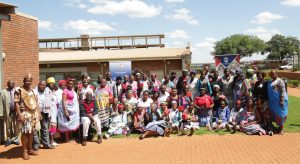