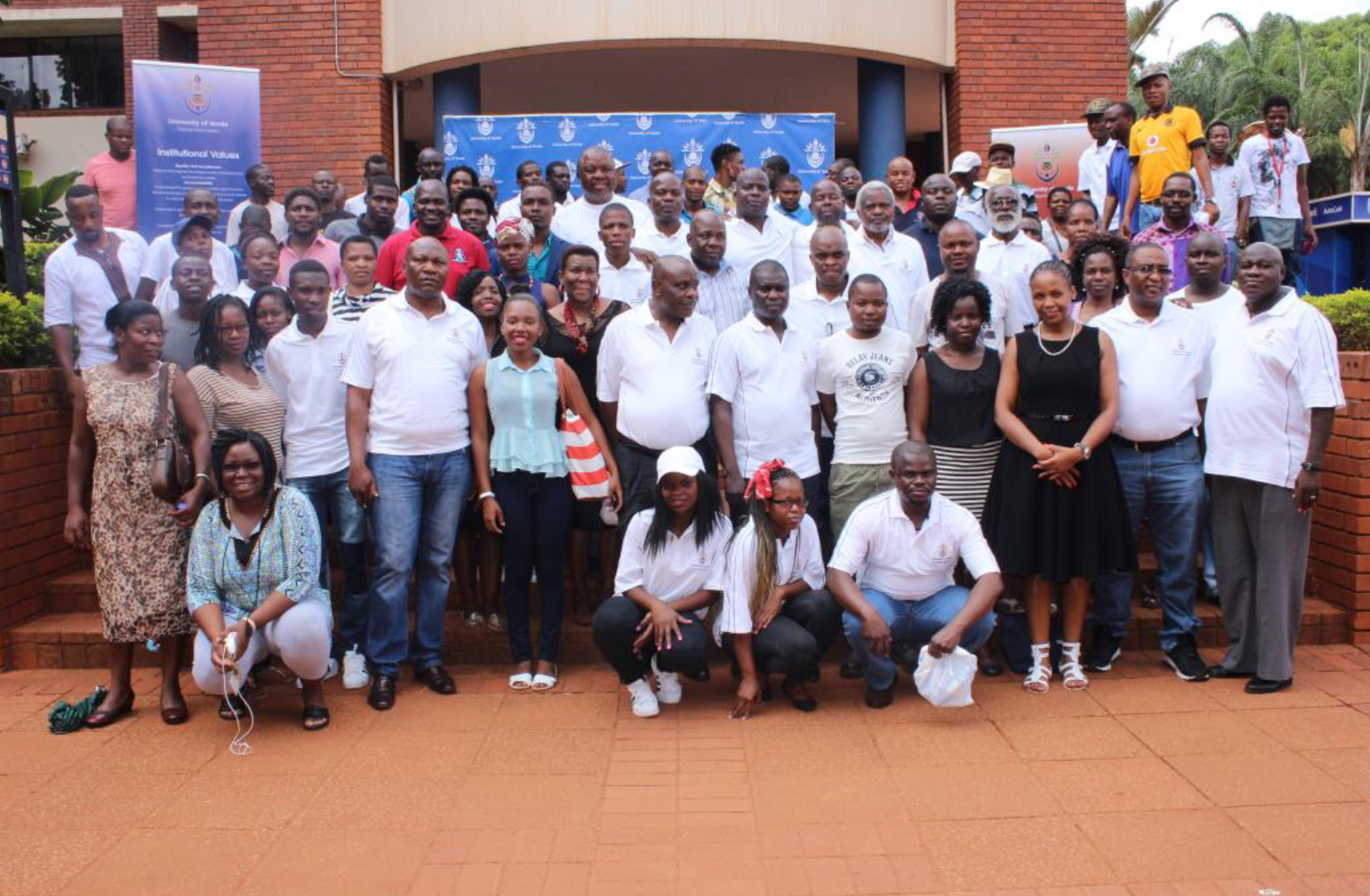 The convocation and alumni of the University of Venda chose to hold its annual general meeting on Saturday, 10 December 2016 in the main to adopt its constitution, the same day on which South Africa was celebrating two decades of the adoption of the democratic constitution. The University Senate Chamber was full to capacity with a generational mix of alumni from those who started in 1982 to the 2016 graduates and current post graduate students.

In welcoming the audience, Mr. Takalani Dzaga who is also the University spokesperson appreciated the positive efforts and the amicable way in which the University management and the Student Representative Council handled the #feesmust fall grievances leading to peaceful examinations.

On behalf of the Executive Committee of Convocation, Mr. Levy Ndou, President of Convocation, presented on the 2016 activities which include Univen Agric Alumni Association 10 years anniversary, graduation awards for best performing students, launch of Social Responsibility Fund for needy students, launch of the Environmental Sciences Alumni Association, induction of Gauteng and Mpumalanga based Alumni Chapters as well as the proposals for the conferment of honorary doctorates to distinguished individuals.

‘As Convocation, we successfully followed all due processes to ensure that the Deputy President of the Republic of South Africa, Mr Matamela Cyril Ramaphosa and the late freedom fighter, Tshifhiwa Muofhe are awarded honorary doctorates. We are proud to announce that Mr Ramaphosa can now be counted among our more than 41 000 strong alumni,’ said Mr Ndou proudly.

After two years of consultation between the executive and alumni on guidelines and constitutional provisions in the running of convocation and alumni business, the President of Convocation, Mr Levy Ndou tabled the constitution which was overwhelmingly supported and adopted.

Above: Mr Khuliso Nemadzivhanani, former University Registrar and a class of 1982

‘Our fundraising can be more meaningful if as alumni, we make contributions no matter how small to the Social Responsibility Fund to help our needy students. Honorary degree recipients need to be asked to assist in fundraising for our students and other academic projects, ‘said Mr. Khuliso Nemadzivhanani, former Registrar and a class of 1982 student during discussions and way forward.

During discussions and way forward, many recommendations were made which include the revival of Polokwane and Waterberg Alumni Chapters, launch of Vhembe Alumni Chapter; Convocation should ask service providers to support its programmes and the institution should implement the ‘grow your own timber and succession policy’ through employing its graduates.