Decolonisation may be a mirage without first entrenching Africanization 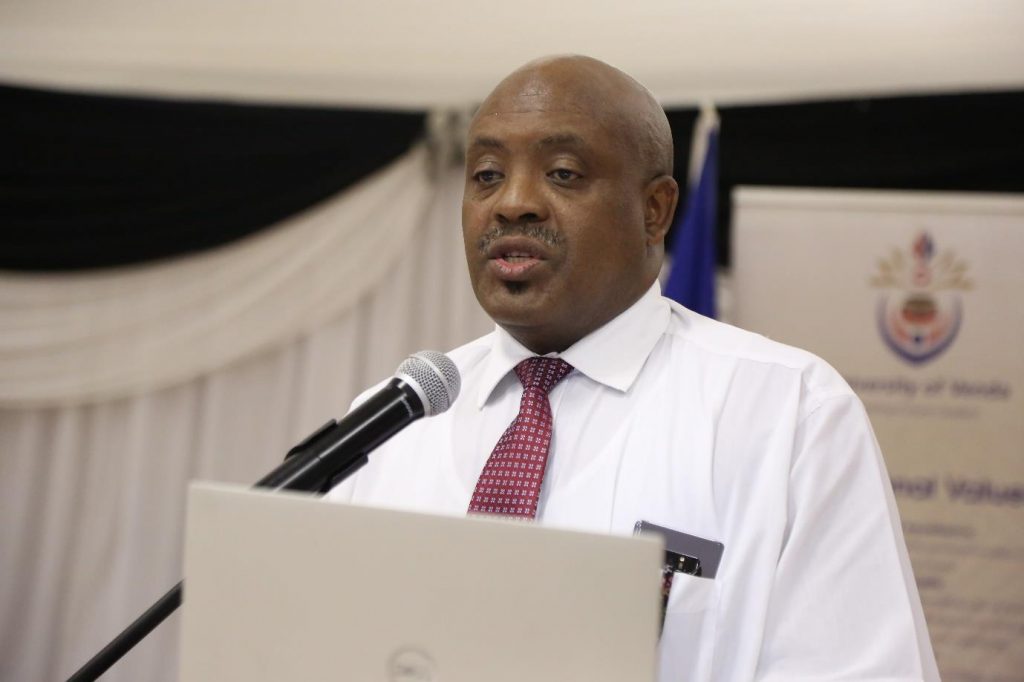 As the guest speaker, Prof Sandile Songca, DVC Teaching and Learning, University of Zululand made mention of the values that can help define Africanism. He urged the audience to read more about Africanization and decolonisation. He highlighted the need for due regard to be accorded to the issue of language in higher education. Prof Songca called into question the notion of transformation which has for so long massaged the issue of colonialism. In his view, reforms to higher education cannot be spoken of without a dismantling of colonialism. This is because the pillars of colonialism are still alive and well in higher education institutions. He noted that such dismantling is not sufficient, the next step is Africanization and this is in fact extremely crucial. In further questioning the language policies in South Africa’s institutions of higher learning, Prof. Songca noted that the continuous use of English as a medium of instruction is a reflection of the depth of how colonised our minds continue to be. He underscored that decolonising the curriculum was not sufficient. Decolonisation of the industry and working environment remained critical otherwise the gains of a decolonized curriculum would be redundant. Prof. Songca also shared content of one of the papers he authored and called on the University of Venda community to engage with it critically with a view of taking the debate further about decolonisation. 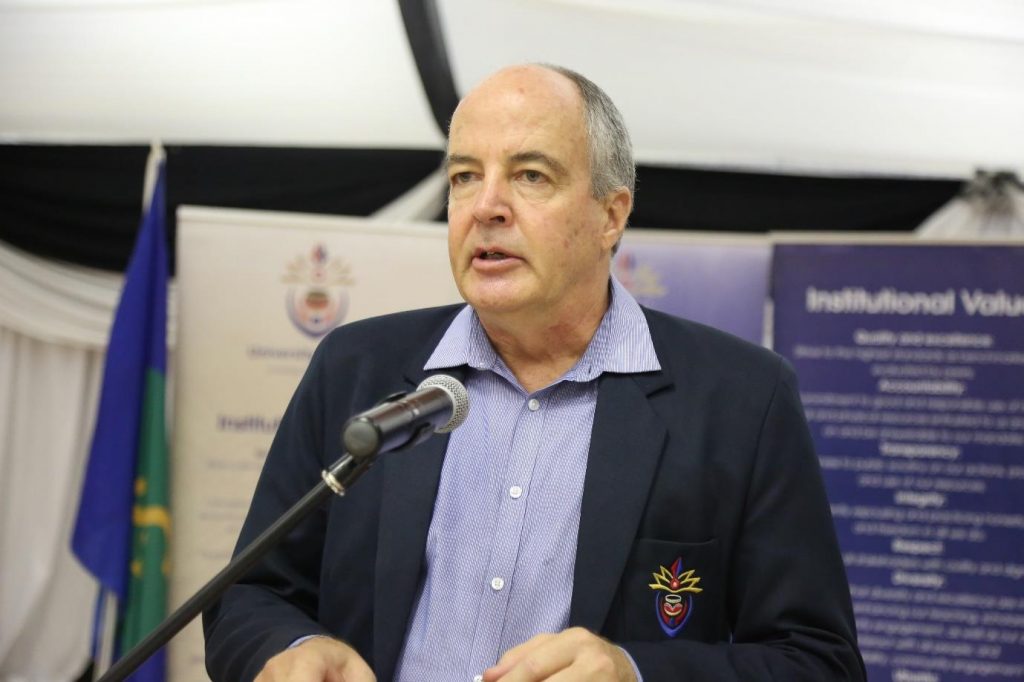 In his opening and welcome address, the Acting Vice-Chancellor and Principal, Prof Jan Crafford challenged students to first understand what decolonisation means and what it entails. He further advised them to create deeper conversations around the term decolonisation. Prof Crafford further indicated the necessity for students to engage with content that has local relevance. In Prof. Crafford’s view, contextualisation of higher education remained crucial in so far as discussions of decolonisation were concerned. 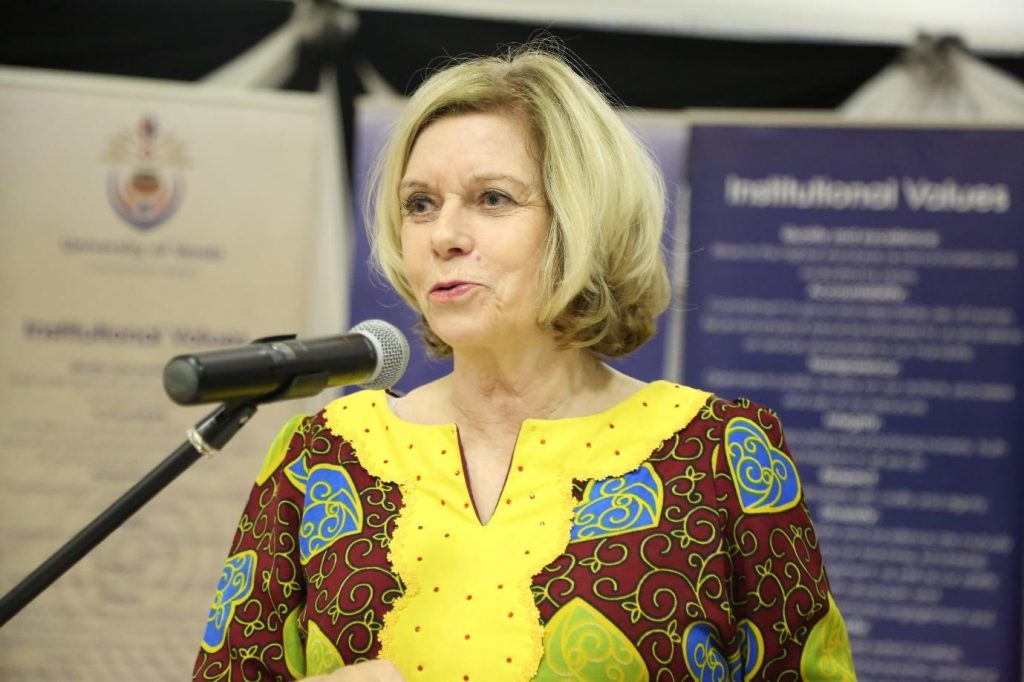 Giving the purpose of the day was Dean of the School of Law, Annette Lansink who highlighted that the debate on decolonising the curriculum, though awakened by recent student protests, goes back in history. Notably, already in 1972, the African Association of Universities identified and formulated a new philosophy of higher education that focused on Africanization of higher education. The University of Venda, already, in the 1990’s spearheaded initiatives such as the Black Perspectives Conference and a compulsory module on African Civilisation. Dean Lansink also made the point that the African curriculum must respond to the imperatives of social relevance and overcome the dependency on Western countries. However, she emphasised that the idea of African roots and reclaiming of Africa’s past should not be based on pre-determined categories and meanings as African identities (like all identities) are contingent and not fixed a-priori. 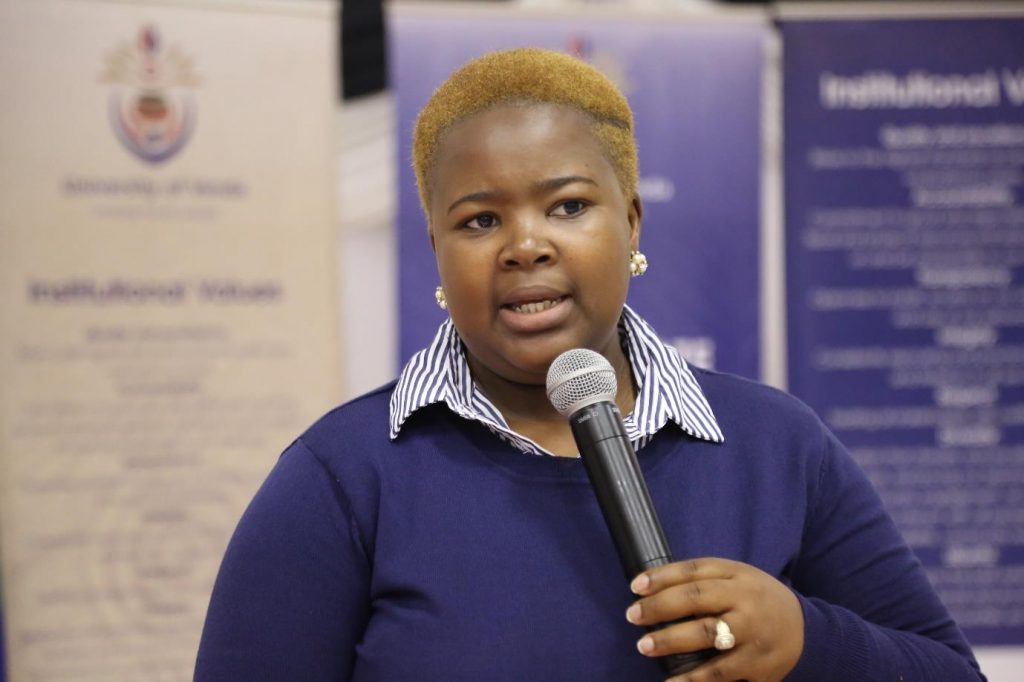 Ms Zama Mopai, a Lecturer in the Department of Jurisprudence and Comparative Law presented on customary law. She highlighted the need for customary law to take centre stage, not just in higher education but all spheres. She explored the possibility of entrenching customary law in all law modules as opposed to making it a stand-alone module. Ms. Mopai also underscored the tendency to leave customary law on the fringes of South Africa’s Legal system and questioned whether decolonization in fact demands that customary law be given priority in various spheres including teaching and learning as well as judicial decisions. 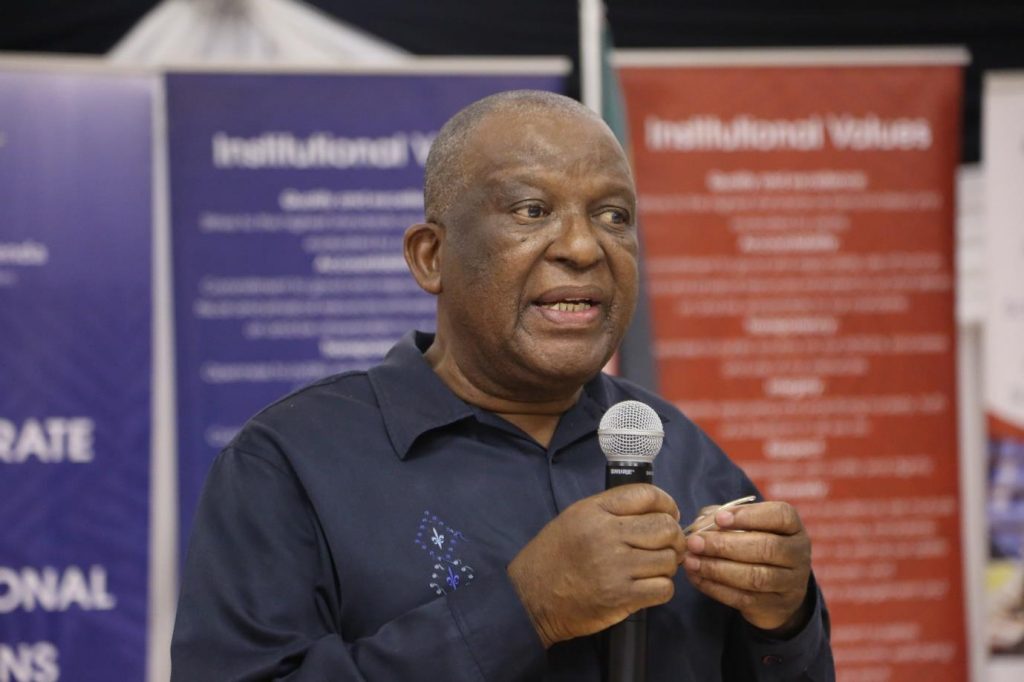 Mr Joe Malinga, a PhD candidate at the School of Human and Social Sciences, noted that we can’t speak of Africanization when, in fact, we can’t exactly place our identities. He called this an identity crisis. To Mr Malinga, getting to grips with the notion of “Africanism” and underlying values such as “Ubuntu” remains crucial in the decoloniality debate.

After both presentations, there were table discussions coordinated by Prof Vhonani Netshandama and three rapporteurs. The discussions at the table were guided by themes including the meaning of decoloniality, Africanization, the values that the University of Venda should aspire to be in so far as decoloniality is concerned and the role of teachers and students in the decoloniality debate. The round-table discussions were extremely robust and each table gave feedback through individual representatives. 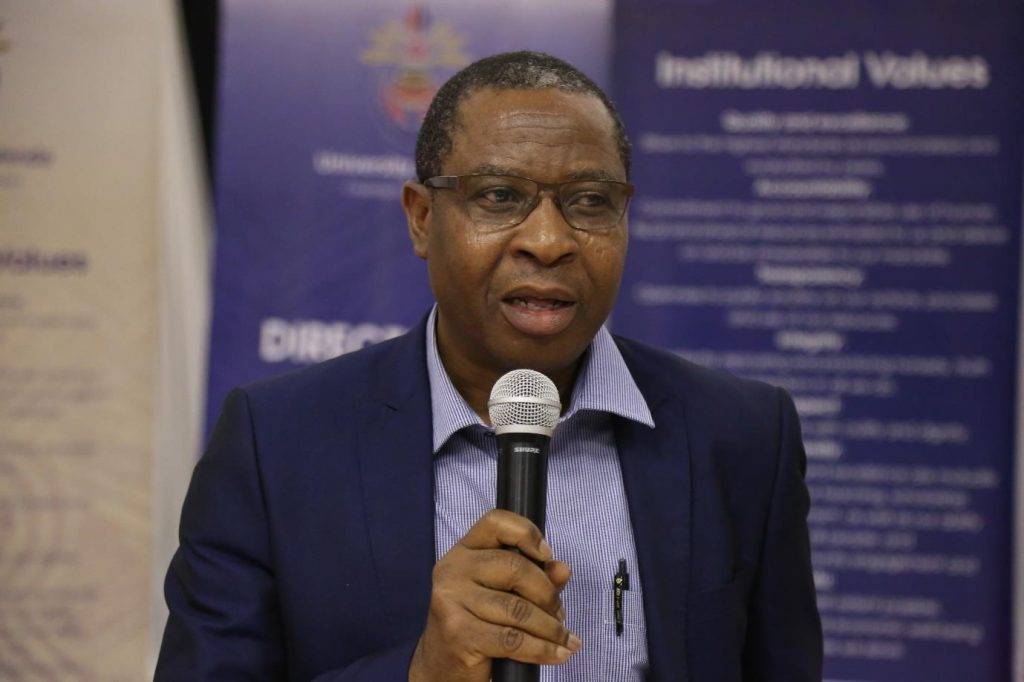 Dr Segun Obadire, the Acting Director International Relations gave the concluding remarks and vote of thanks.

A view of participants during the workshop

Speakers, organisers and the committee that made the event to be possible