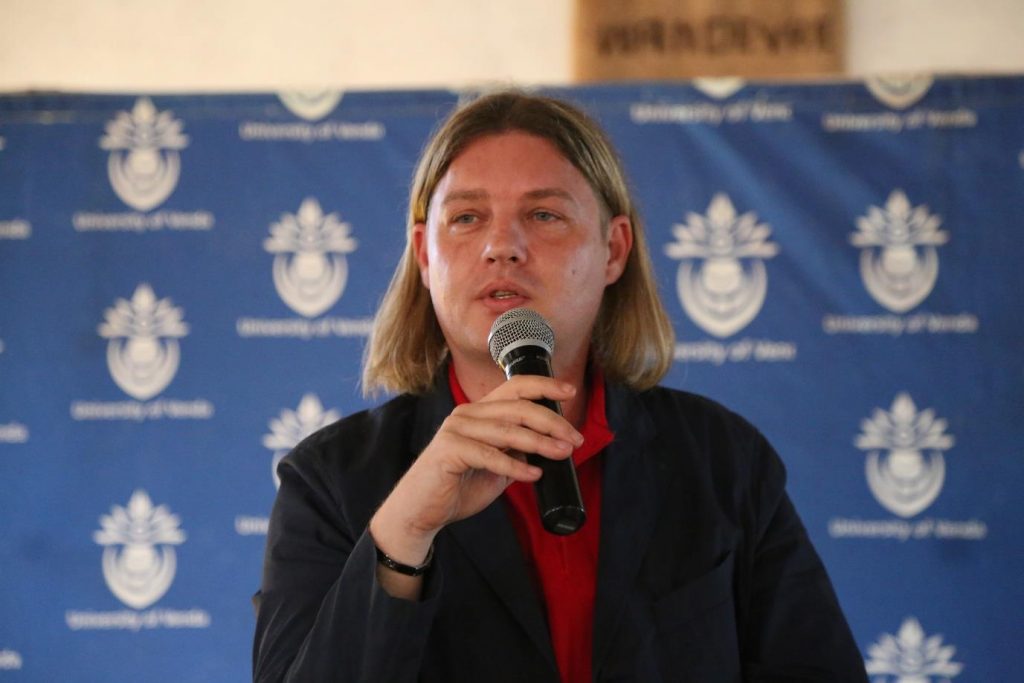 Prof Jaco Barkhuizen the President of Criminological Society of Africa (CRIMSA) from the University of Limpopo (Criminology & Criminal Justice) was the guest speaker who delivered a keynote address on the DVA Act 116/1998 where she said that we cannot talk about criminology without talking about the victimology which is the study of victims themselves.

This Act responds to the high incidence of domestic violence in South Africa and attempts to protect victims by making provision for the issuing of protection orders. She expressed that the Act recognises that domestic violence is not a private matter, it is a serious crime against the society.

Prof Barkhuizen concluded her talk by highlighting that the Act aims to give greater protection to victims by broadening the definition of domestic violence to include not only married women and children, but also unmarried women who are involved in relationships or living together, people in same-sex relationships, mothers who live in fear of their sons, and people sharing the same living space. 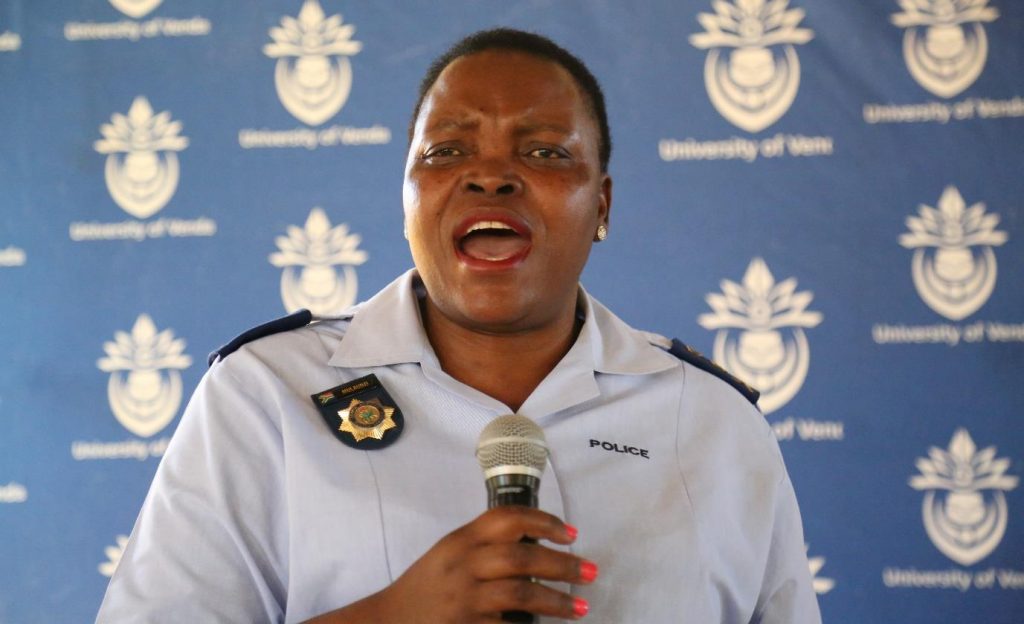 “We don’t only arrest as we are known for doing that, but we also strive to bring peace in the communities through patrolling day and night, going all places such as clubs, bottle stores, shopping centres and churches to make sure that there is peace.”

Major General Mulaudzi further said that the only challenge that they come across as the police is that, people come to report cases, yet they don’t want the police to arrest the perpetrators. She said they want the police to solve their problems and unfortunately their duty is to solve issues through arrests and prosecution.

“We also have men out there who are abused but they don’t want to report to the police because they are scared of what will people say or think about them. She advised men to report the police officers who lough at them when they report crime.

Domestic Violence Act No. 116 of 1998 include any form of abuse which includes physical, sexual, emotional, psychological or economic harassment, damage to property, stalking, entry into a person’s property without their consent and any other abusive or controlling behaviour where such a conduct causes harm or may cause harm to your health, safety, or well-being. Mr Tshilidzi Nemakwarani further said that they have started a campaign that is called “Break the silence”. He said this campaign has been launched to enable people to report offenders and to stop embracing abuse. 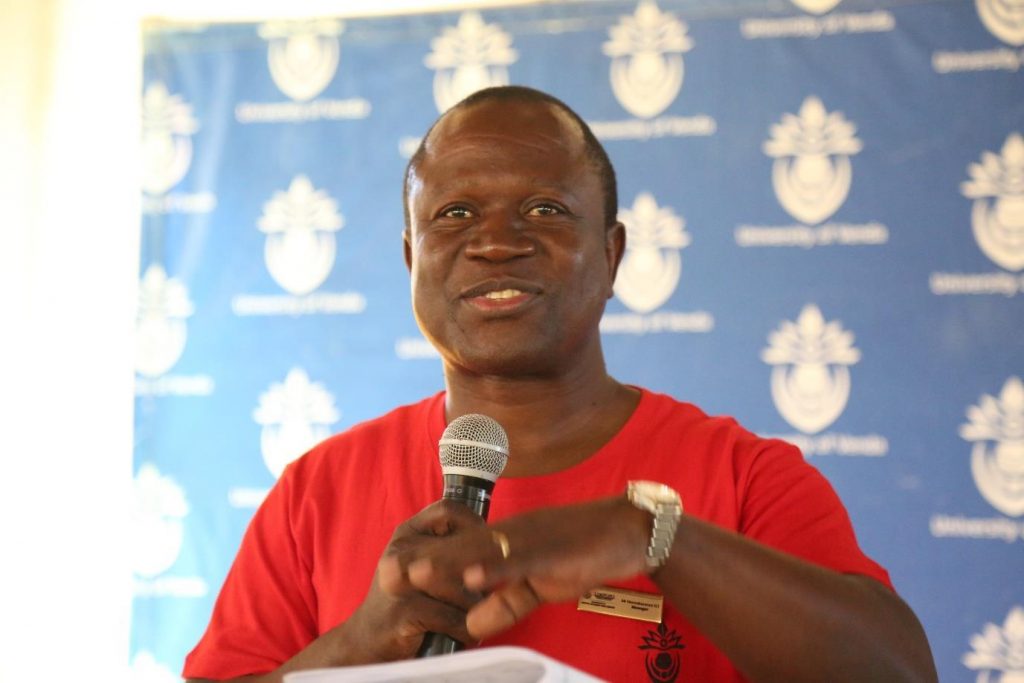 Mr Nemakwarani Tshilidzi further said that “this instruction is intended to provide clear direction to a member on how to respond to a compliant of domestic violence to comply with the obligations imposed upon him or her in terms of Domestic Violence Act. 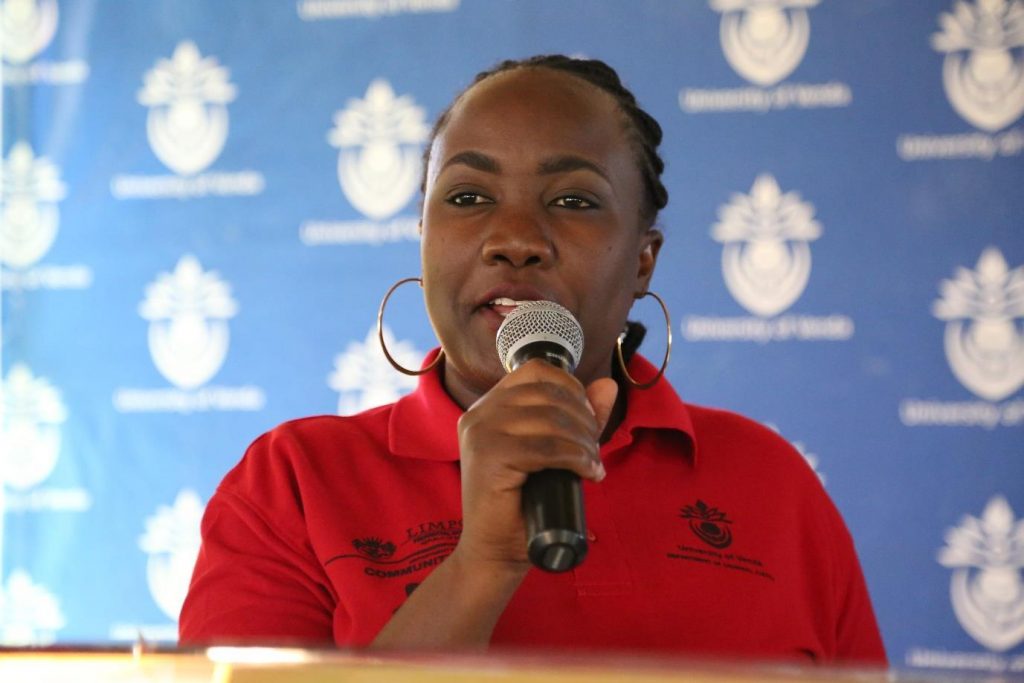 In her welcome remarks, Dr Kholofelo Mothibi, HoD: UNIVEN School of Law Criminal Justice Department and CRIMSA Secretary said that all partnering stakeholders saw a need to empower communities by educating them about their rights that they might not be aware of. She said that Domestic violence is their departmental priority and they went there to equip everyone on how to deal with different types of offences that are happening within communities and particularly in our homes.

She thanked the community of Gondeni Ha Mabilu for honouring their invitation by attending this event that aims at changing people’s lives. 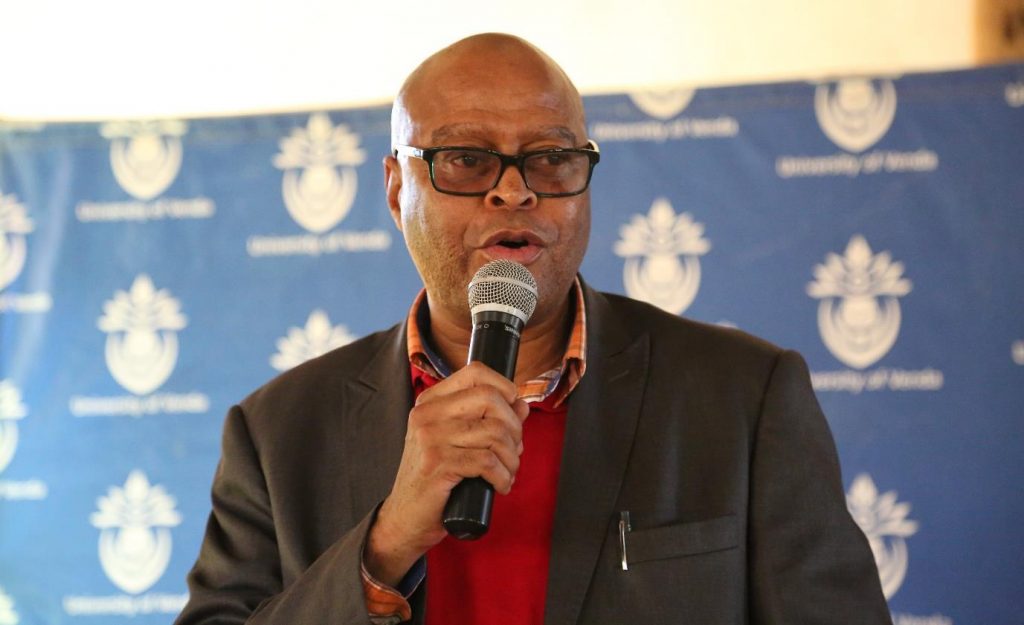 Mr Kutso Matthew Bopape the Director of Civilian Oversight from Department of Community Safety outlined the purpose of the event by highlighting that they have a mandate that has been entrusted to them which is to eradicate the issue of domestic violence in our communities.

Mr Bopape further said that the Department of Community Safety met with the Commissioner from Provincial government who advised and encouraged them to reach out to the communities and teach the people about the importance of their rights. “This is the reason why we are also here today. We visit different communities to empower them with the knowledge that will help them fight domestic violence.” 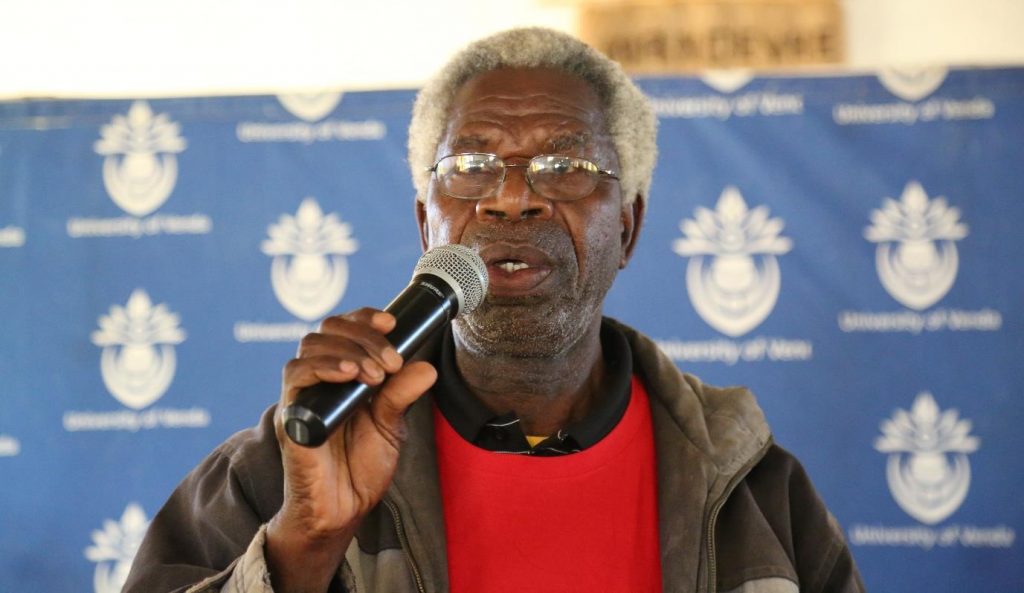 Mr Michael Mbava representing Chief Mamatho M in his absentia, gave a brief welcoming remark. He welcomed all attendees and stakeholders to the community of Gondeni. 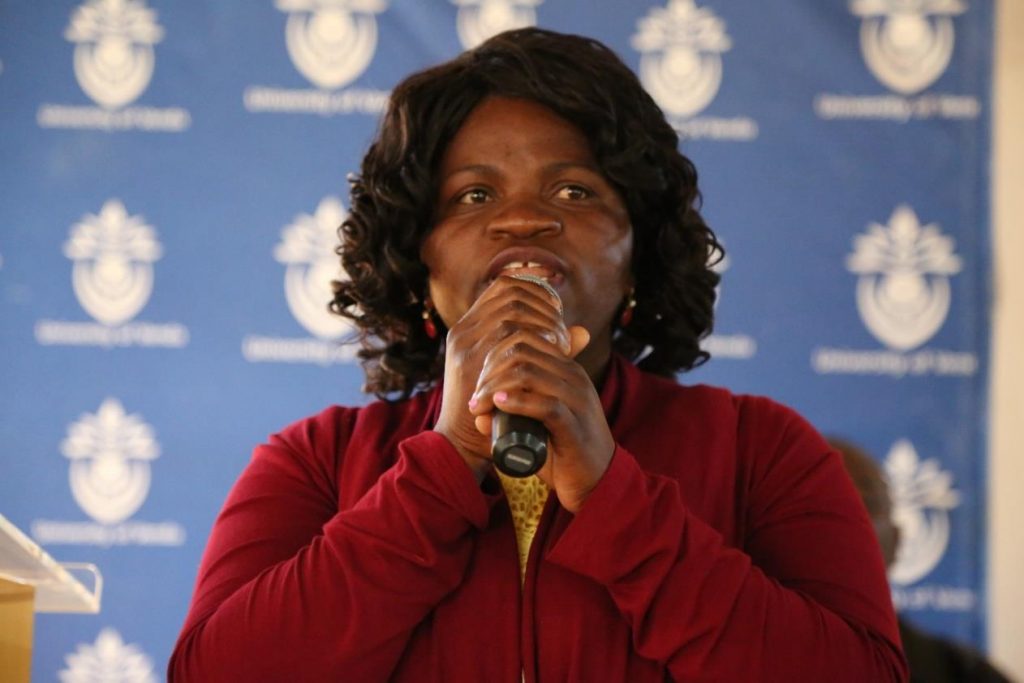 Ms Masutha from Department of Social Development gave a brief presentation about the functionality of Victim Empowerment Programme that they operate in the village of Ha-Lambani. She said the aim of this programme is to address the social problems that happen in almost every household. She further mentioned that this can be caused by substance abuse. She encouraged community members to be the eye and the ear of the community because that will help them to solve problems faced by community members. 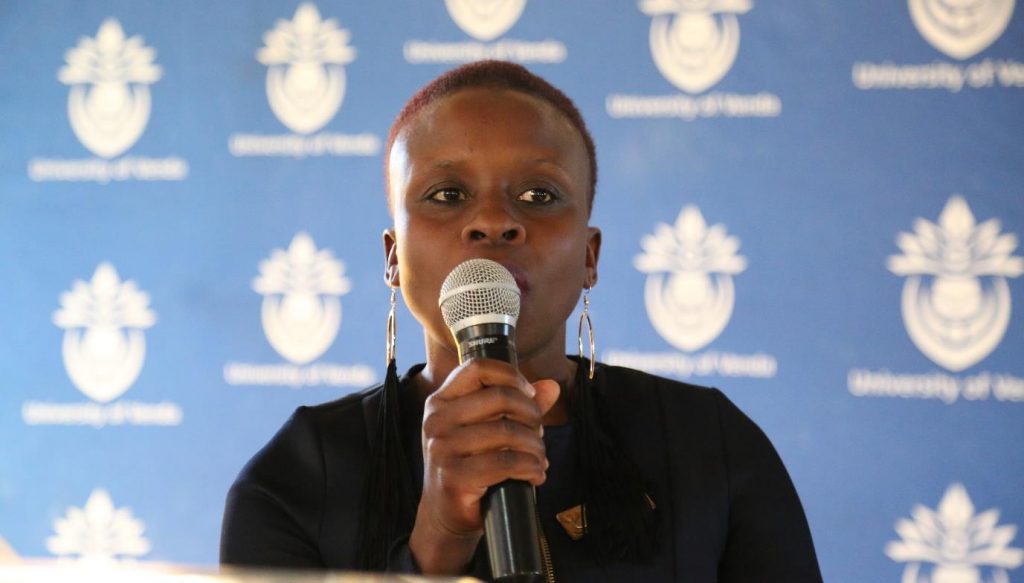 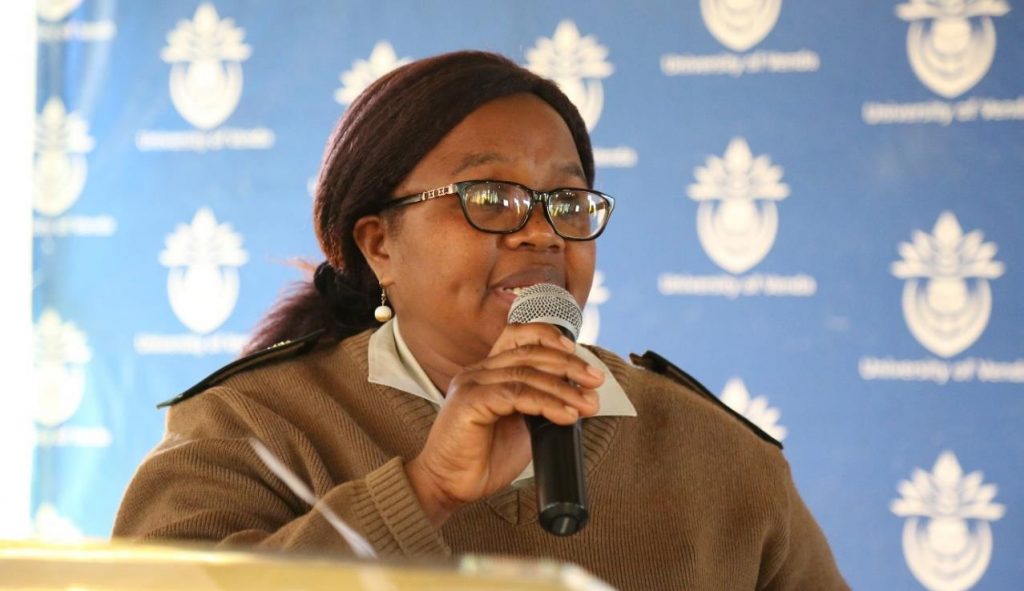 Mrs Joyce Madavha from Department of Correctional Services gave a brief address about the rehabilitation processes of the victims. She mentioned that the Department of Correctional Services helps the victims arrested based on the needs they require and involves them in different programmes that will help them to forget about the crimes they have committed. 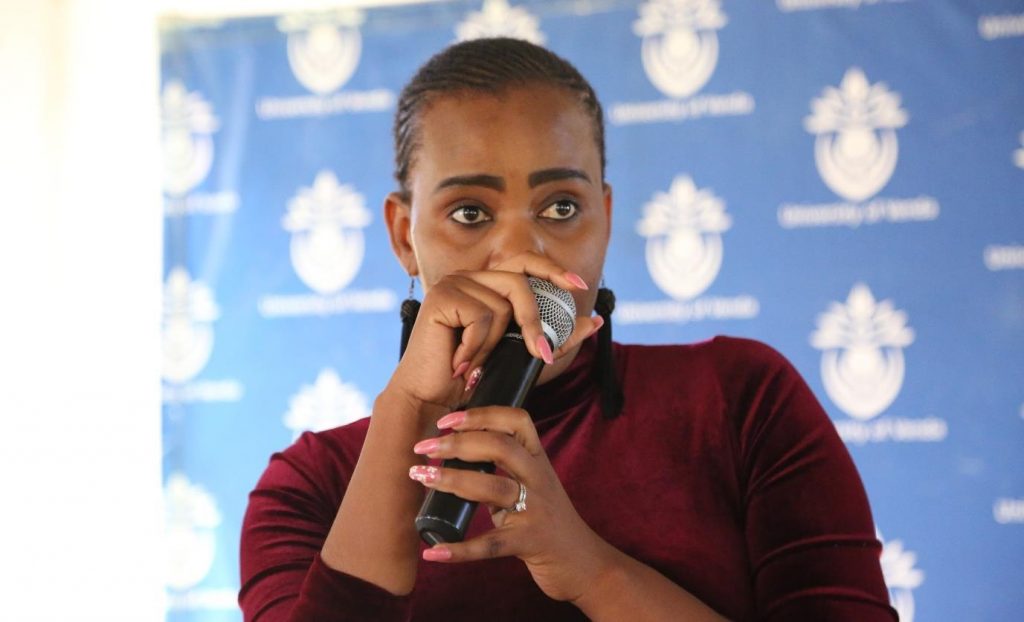 Dzhivhuwo Jade from Department of Community Safety, gave the vote of thanks and explained more about the J88 form. She said J88 is a legal document that must be completed by a medical doctor or registered nurse, documenting injuries sustained by the victim in any circumstance where a legal investigation is to be conducted. 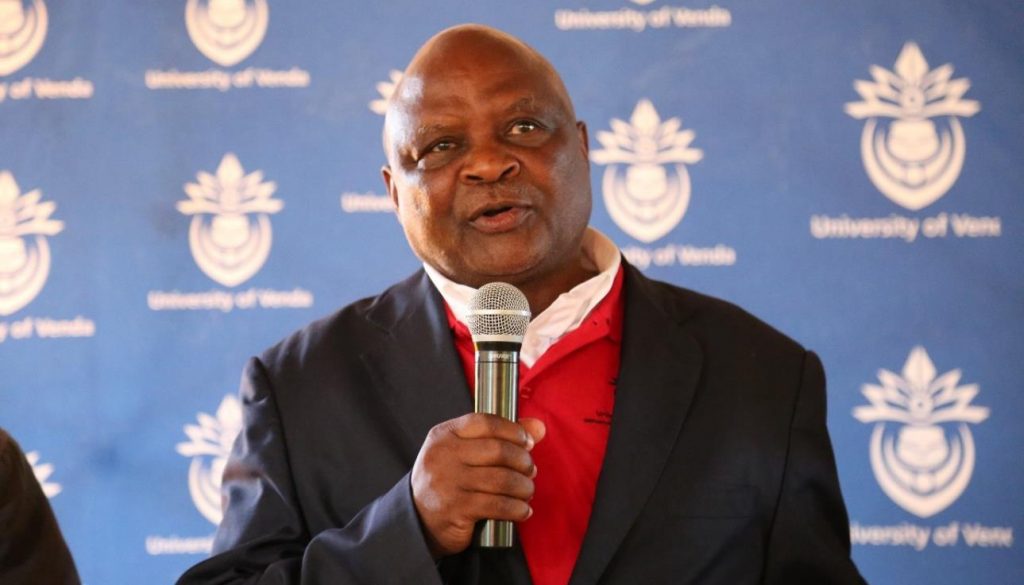 Mr G.Z Mikosi, the Chief of Gondeni gave the closing remarks and acknowledged the organisers and stakeholders who made this event a success. He further thanked the community for honouring an invitation by responding in numbers.

Univen staff members, Thohoyandou cluster choir, and the stakeholders from different departments posing for a group photo after the event formalities. 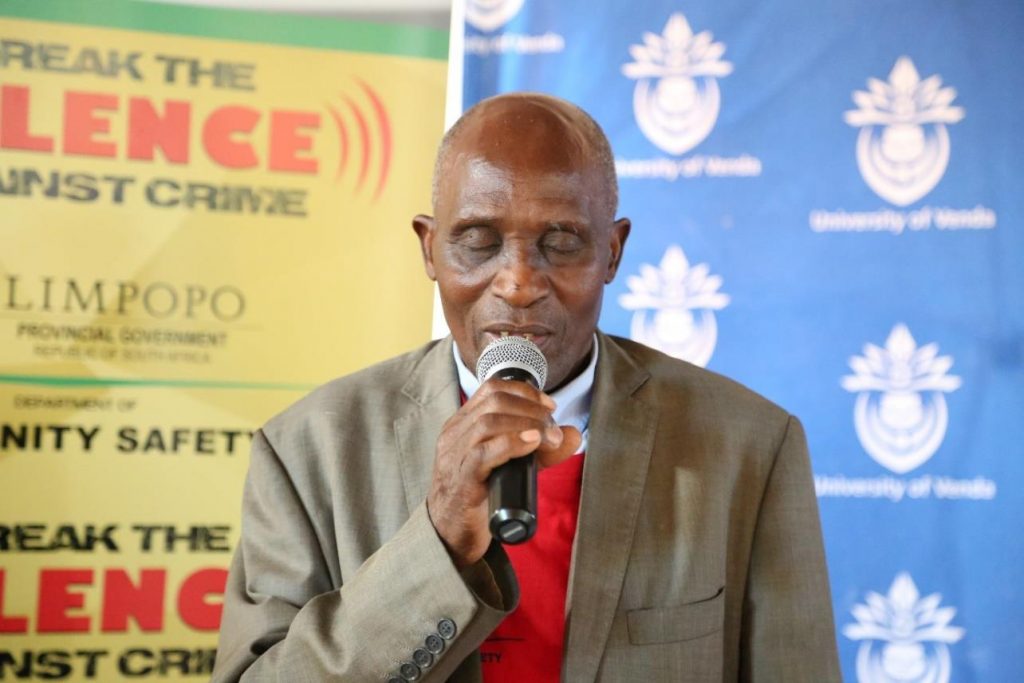 Pastor Thagwaha Mutshutshu from reformed church closing the ceremony with a prayer. 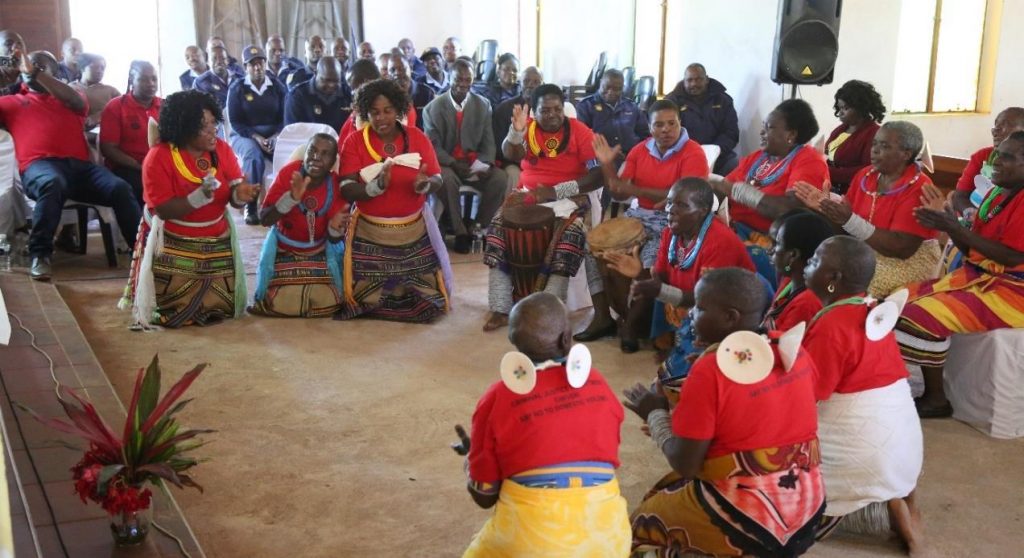