Dr Bernard Nthambeleni talks about the power of forgiveness and reconciliation 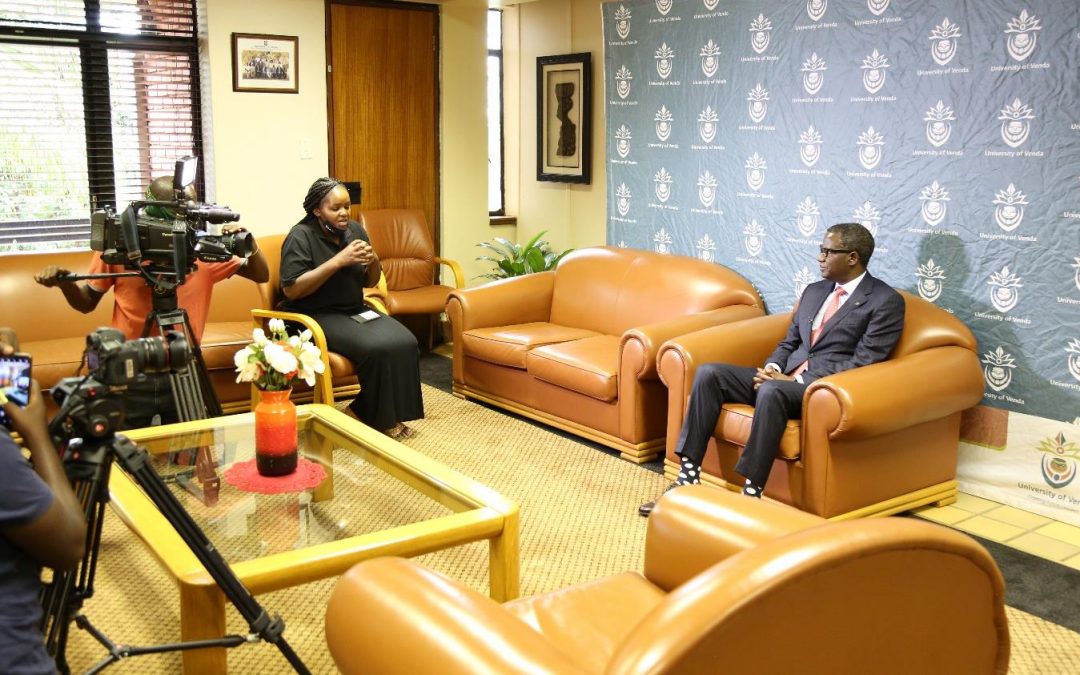 “It is about time for the country to move on from the past, we need to forgive those who have wronged us and move on with our lives,” said the Vice-Chancellor and Principal, Dr Bernard Nthambeleni during an interview with SABC that took place on Tuesday, 10 November 2020. This television interview took place in the Vice-Chancellor’s office in remembrance of the gallant freedom fighter, the late Dr Tshifhiwa Isaac Muofhe who was an anti-apartheid activist. 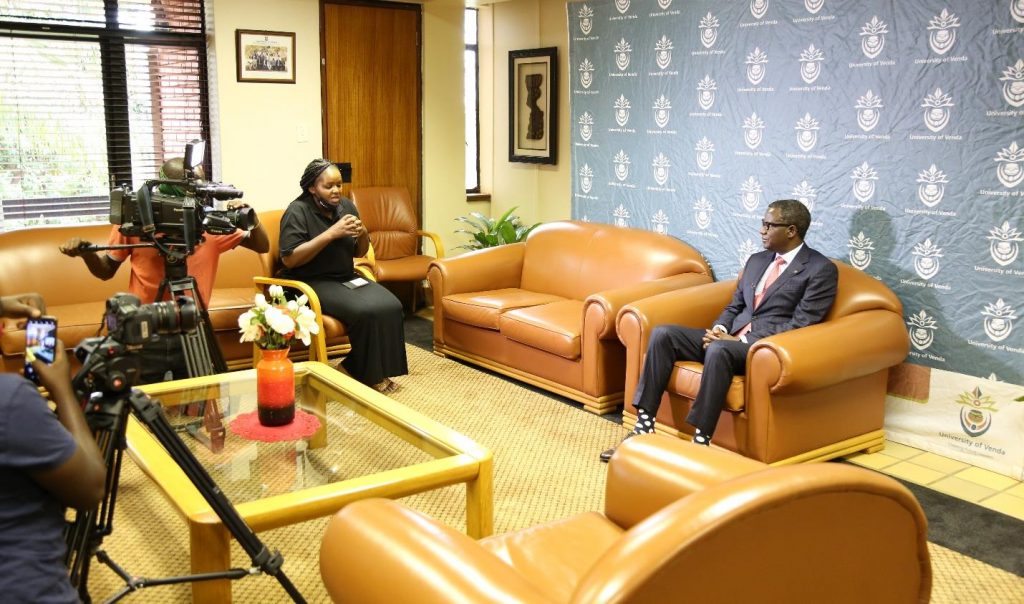 “It is only through forgiveness and reconciliation that his family and all South Africans can forgive and move our country forward.”

Dr Muofhe’s death came as a shock to many as the real cause of his death is still unknown even today. The late Dr Tshifhiwa Muofhe was reported dead at his cell in Matatshe Prison on 12 November 1981, just two days after his arrest on 10 November 1981. He was arrested together with Dr Tshenuwani Farisani on allegations that they bombed the Sibasa Police Station where three police officers died. The two were arrested despite not being within the area of Venda when the incident happened, which left many questions among the local residents regarding their arrest. The police report on his death said that he died after he jumped from the police van when he was being transported from Sibasa to Matatshe prison.

This gallant freedom fighter was posthumously honoured with a Doctoral Degree by the University of Venda (UNIVEN) during its 2016 Graduation Ceremonies because of his contributions as a freedom fighter. Dr Nthambeleni further expressed that this Honorary Doctorate is the highest qualification that is only given to someone who has immensely contributed in other people’s lives. “Indeed the late Dr Tshifhiwa Muofhe deserves this Honorary Doctoral Degree because he has even paid his contribution with his own life and that means a lot to us as UNIVEN.” This interview will be aired on SABC 2 Zwa Maramani programme of Wednesday, 09 December 2020 at 20:30.