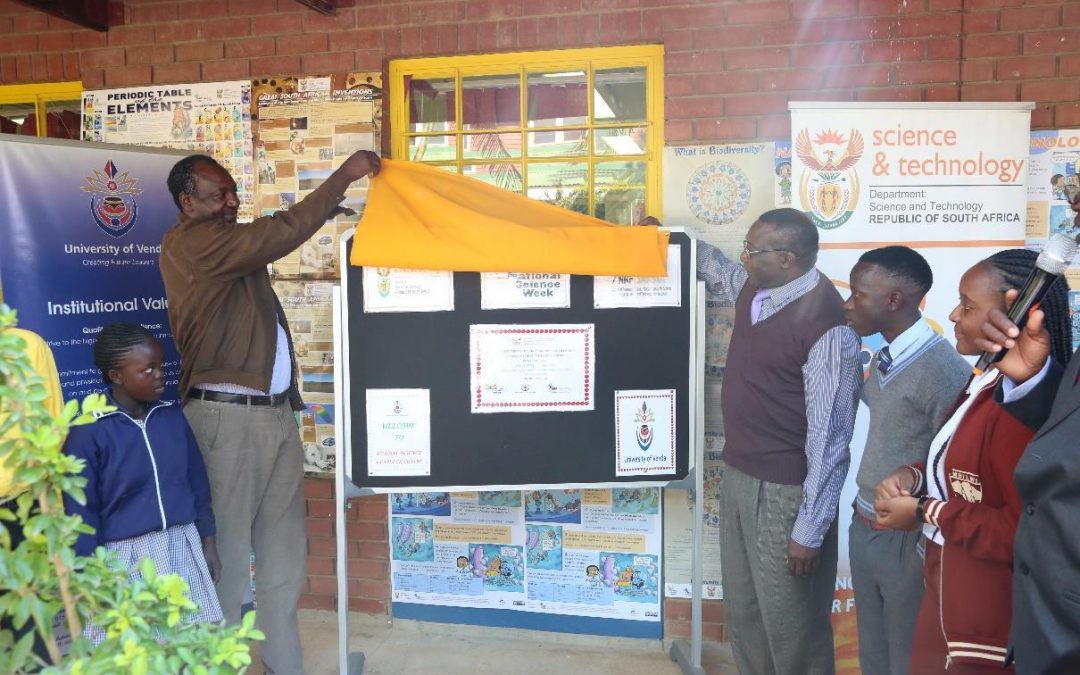 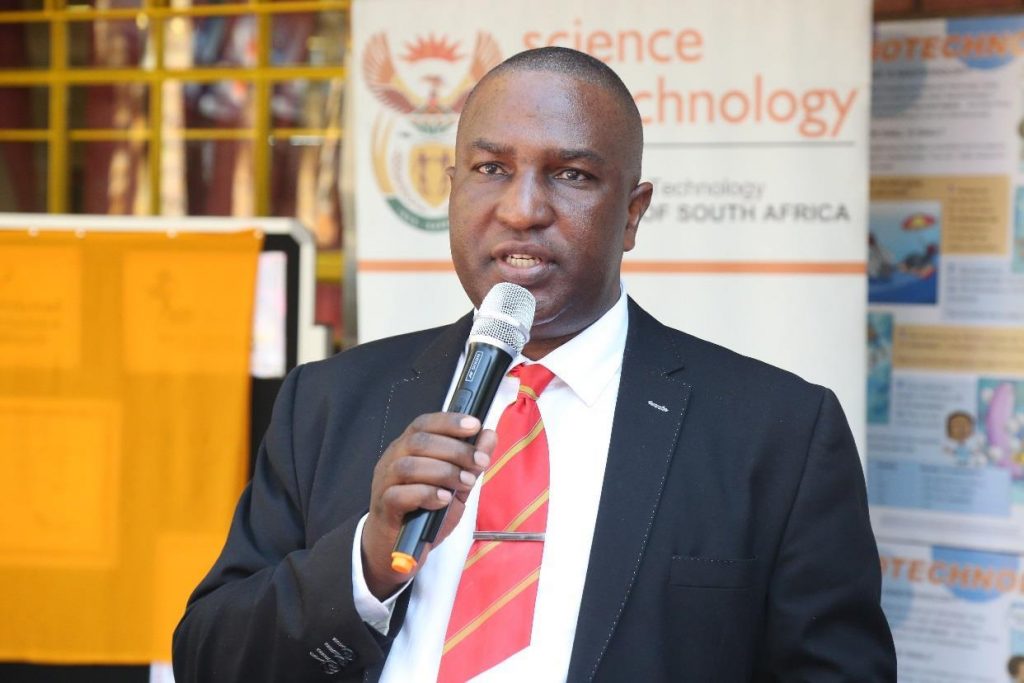 The Director Communications and Marketing, Mr Takalani Dzaga gave the welcome address. He said the purpose of National Science Week is to inspire learners to consider studying for science related courses and further encouraged them to apply to further their studies at Univen. 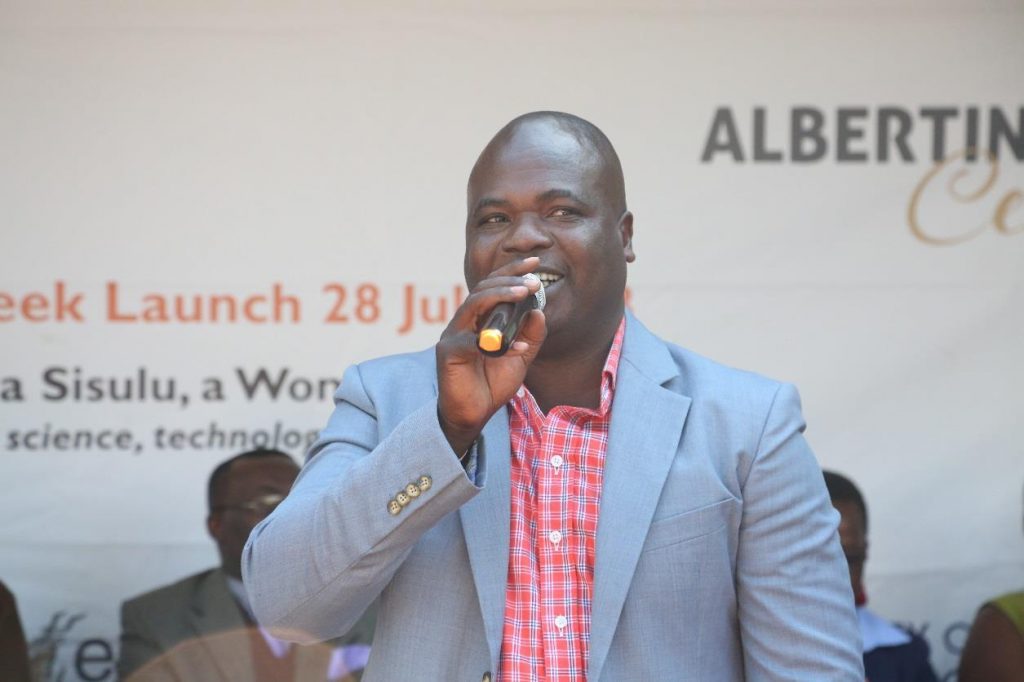 Dr Eric Maluta, the Coordinator of the Vuwani Science Resource Centre talked about the Science, Technology, Engineering, and Mathematics (STEM) engagement activities available at the centre. He said STEM allows them to engage with learners and educate them on issues relating to Science, Technology, Engineering and Mathematics, including Indigenous Knowledge System (IKS). 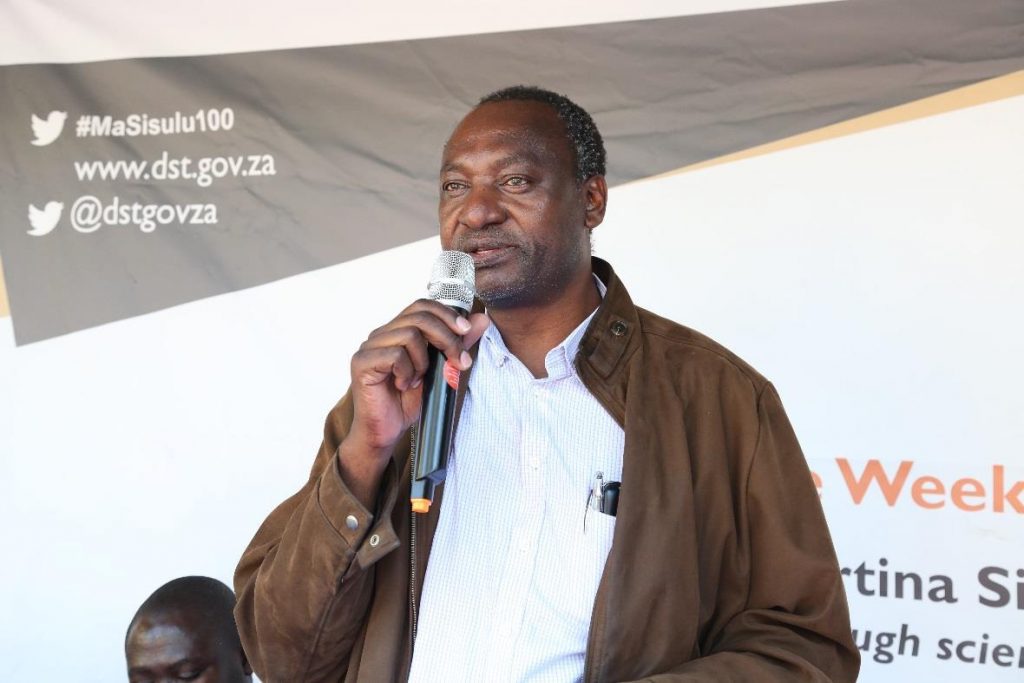 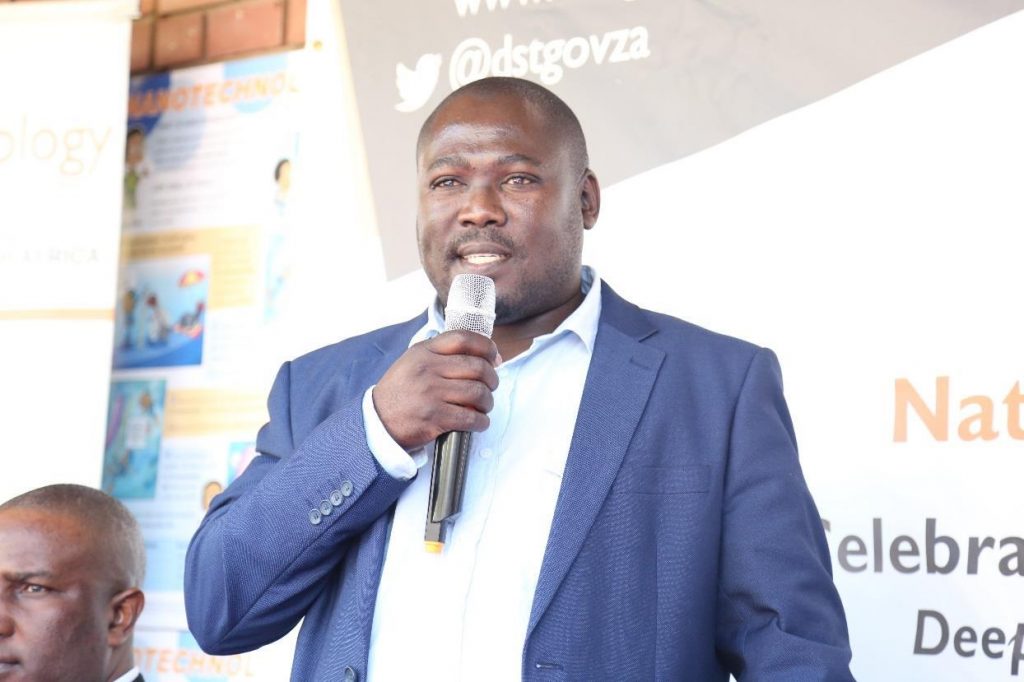 Robert Tshikwama, who is part of the Indigenous Knowledge System Documentation Centre (IKSDC)

Robert Tshikwama, who is part of the Indigenous Knowledge System Documentation Centre (IKSDC) at the Vuwani Science Resource Centre gave a community response speaking largely on the role that IKSDC has played in the community. The IKSDC serves to provide protection, development and promotion of IKS. 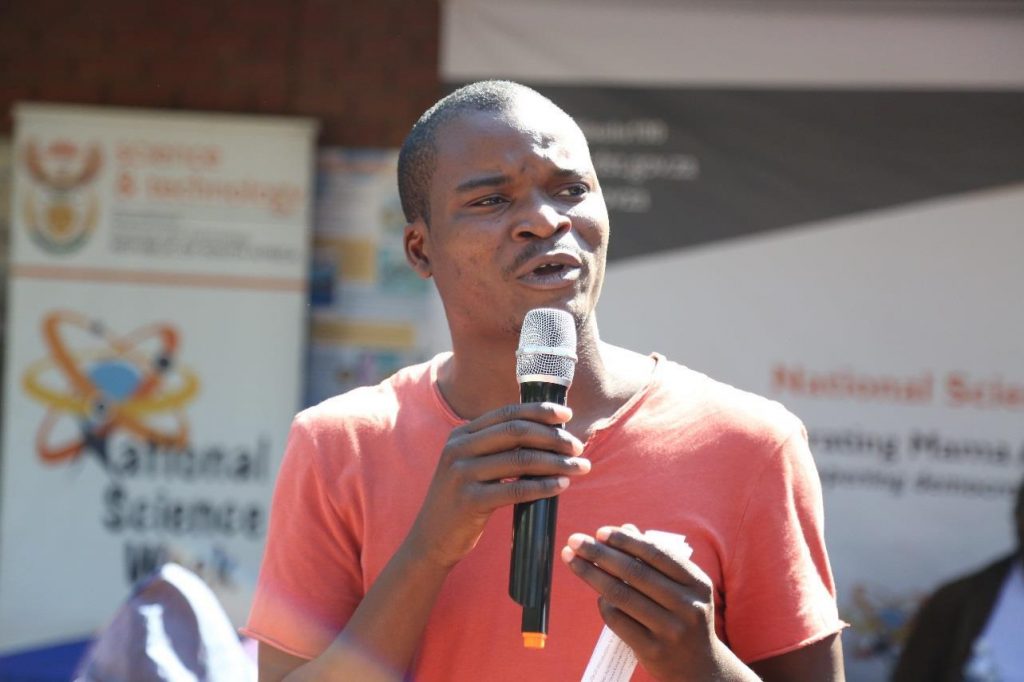 Another community response was rendered by Rodney Ramaru who spoke about the basic computer skills community project offered at the centre. This project was established when the centre started and has been fully operational since its establishment. He encouraged the learners to use this project to even apply online for enrolment at institutions of higher learning, in particular, the University of Venda. 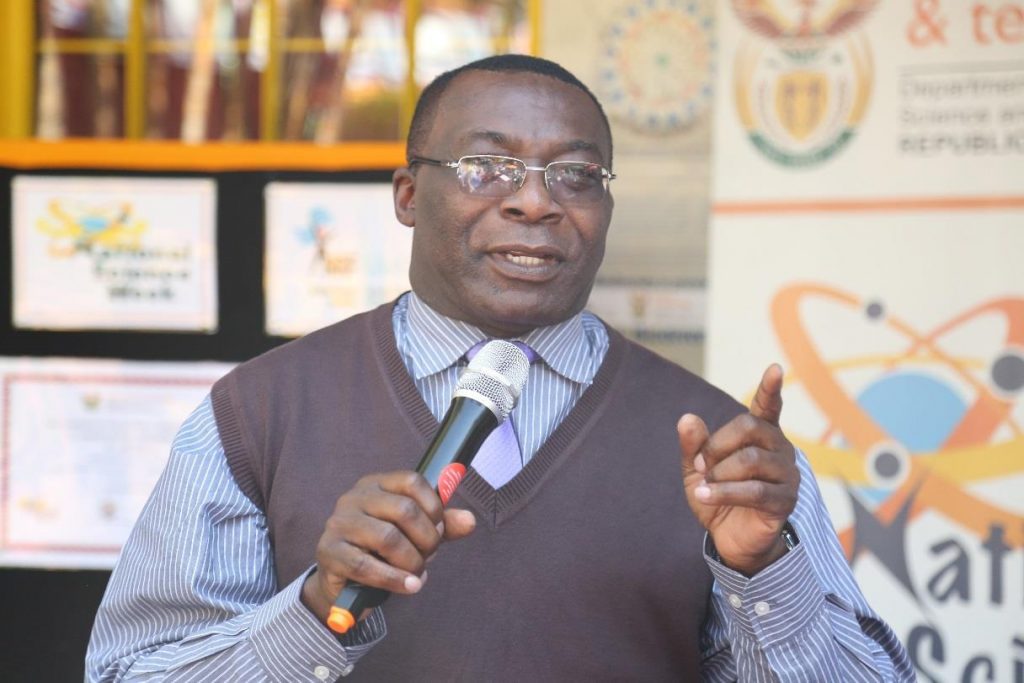 Senior Professor Georges Ekosse, the Director Research and Innovation, gave the vote of thanks. His vote of thanks was mainly focused on encouraging the pupils to be hungry for knowledge in order to use such knowledge to advance society. 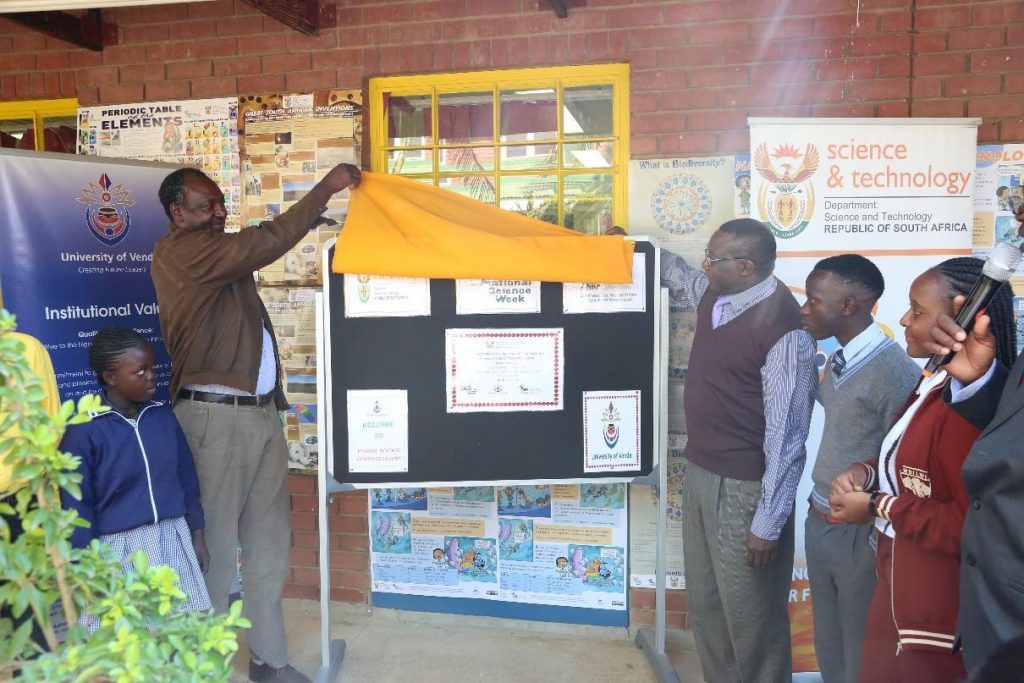 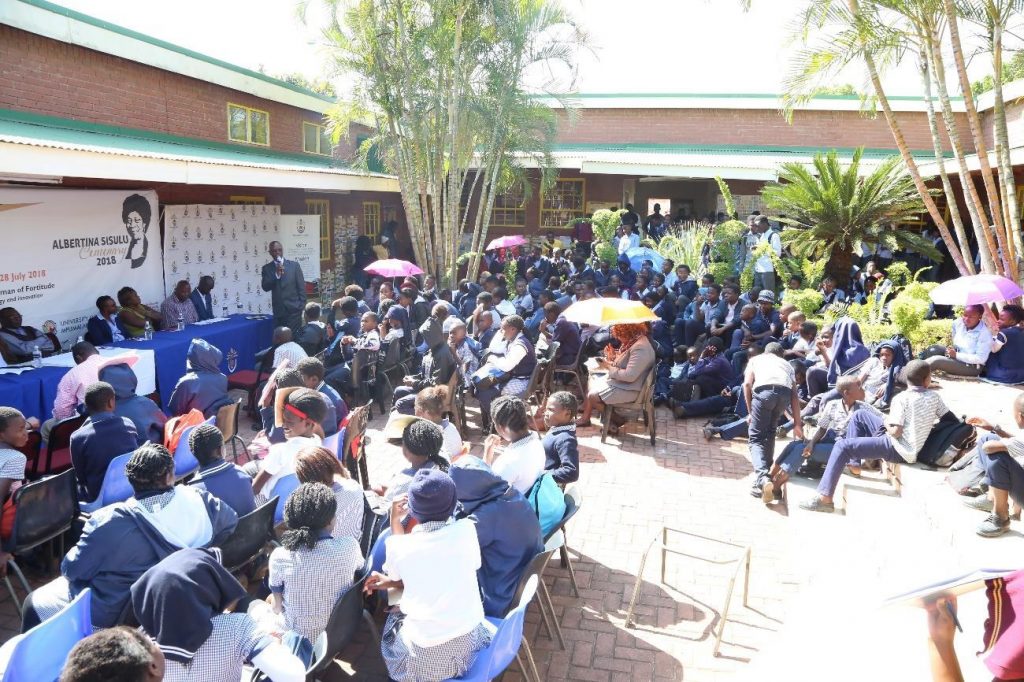 Some of the learners and their teachers listening to speakers 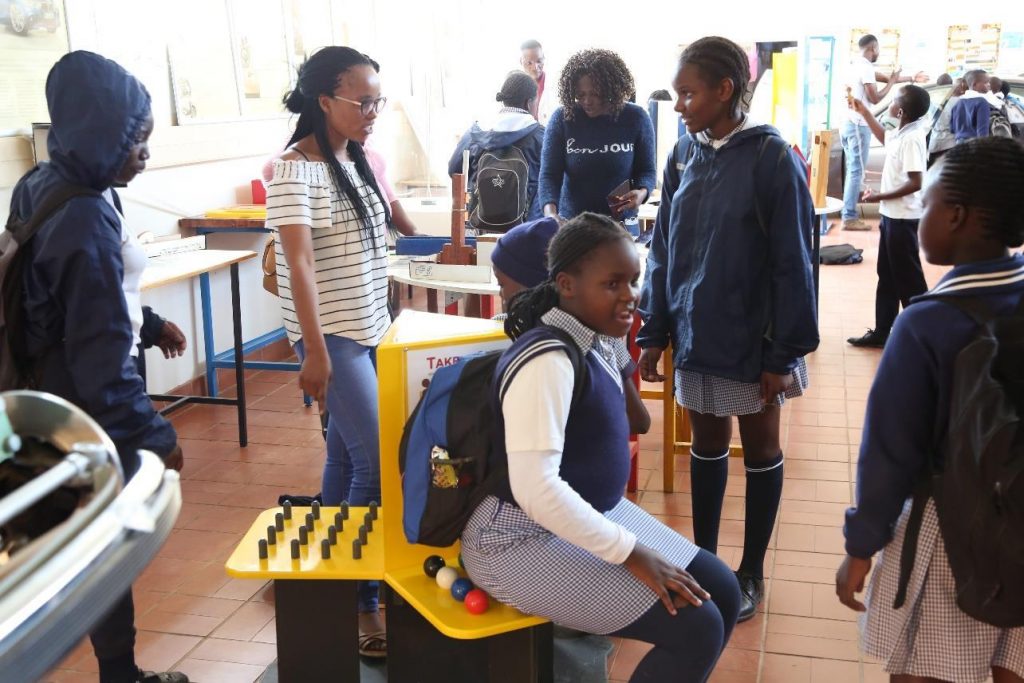 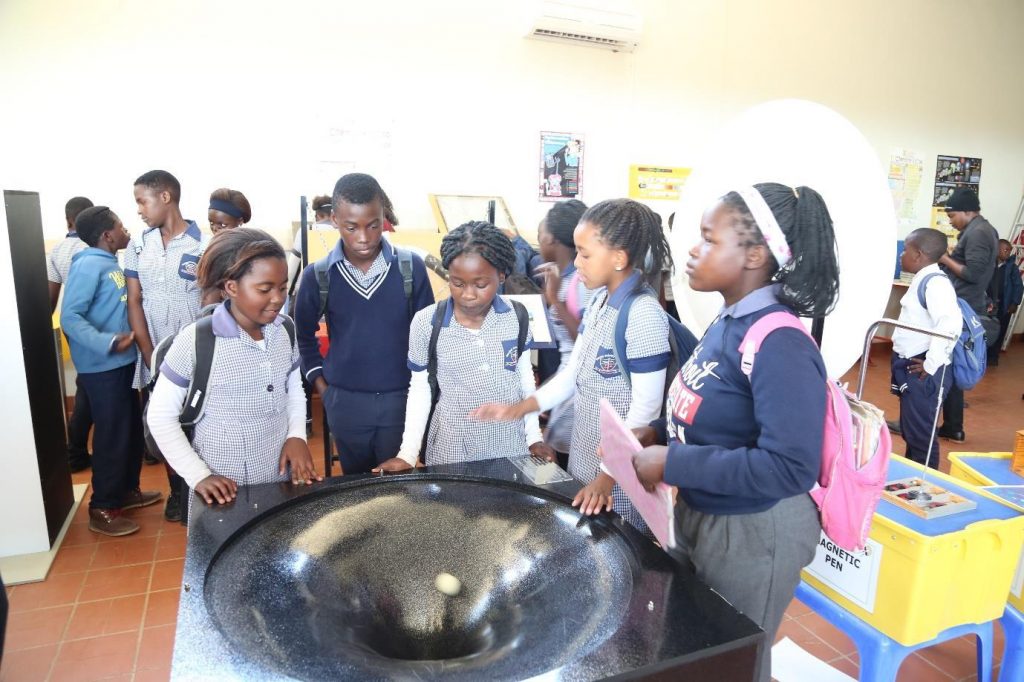 Learners experimenting some of the scientific instruments at the Science Centre 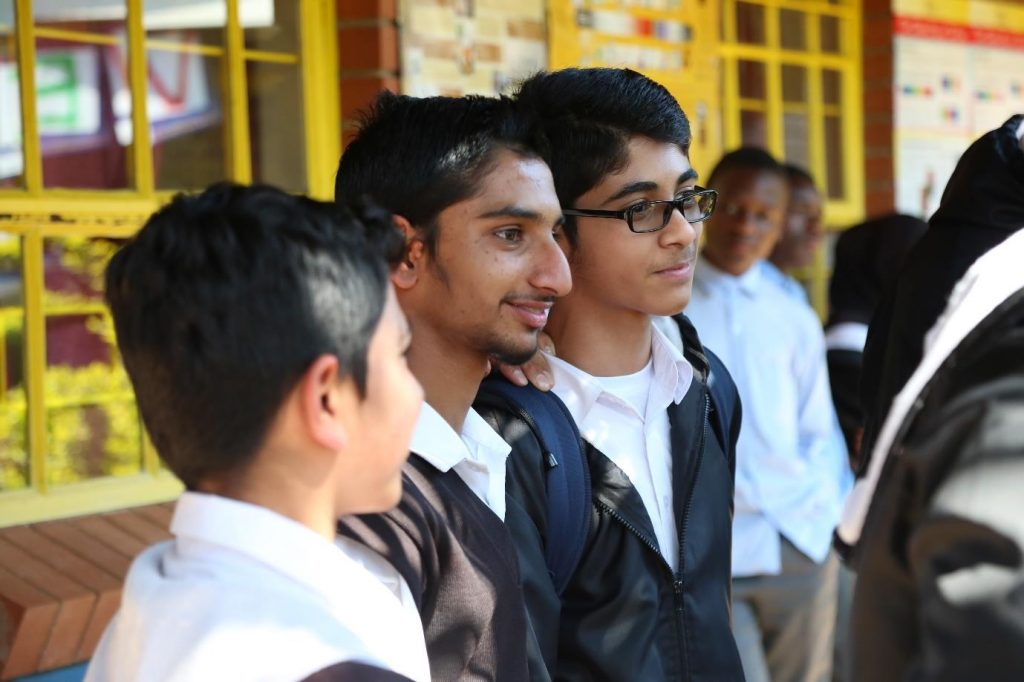 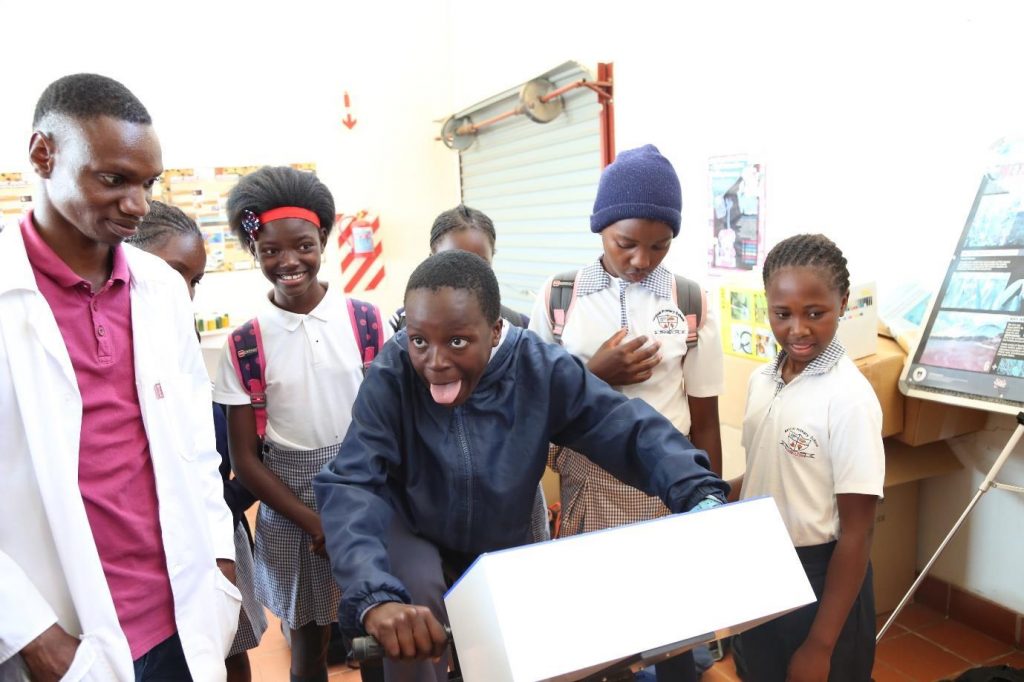