Londani Tshindane proves that only the sky is the limit 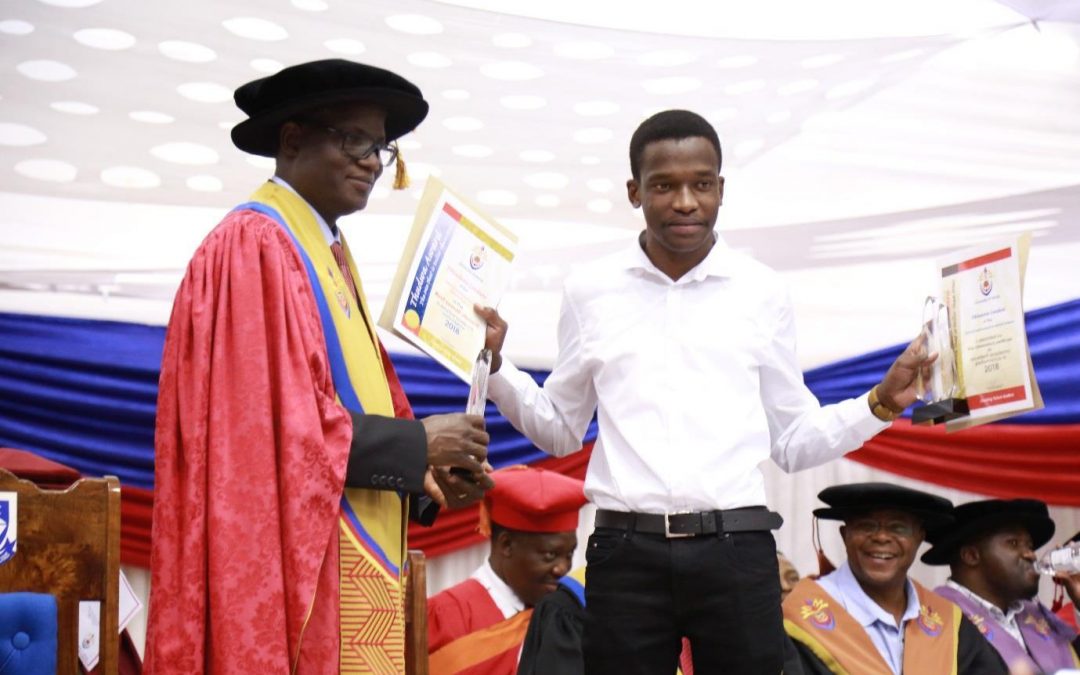 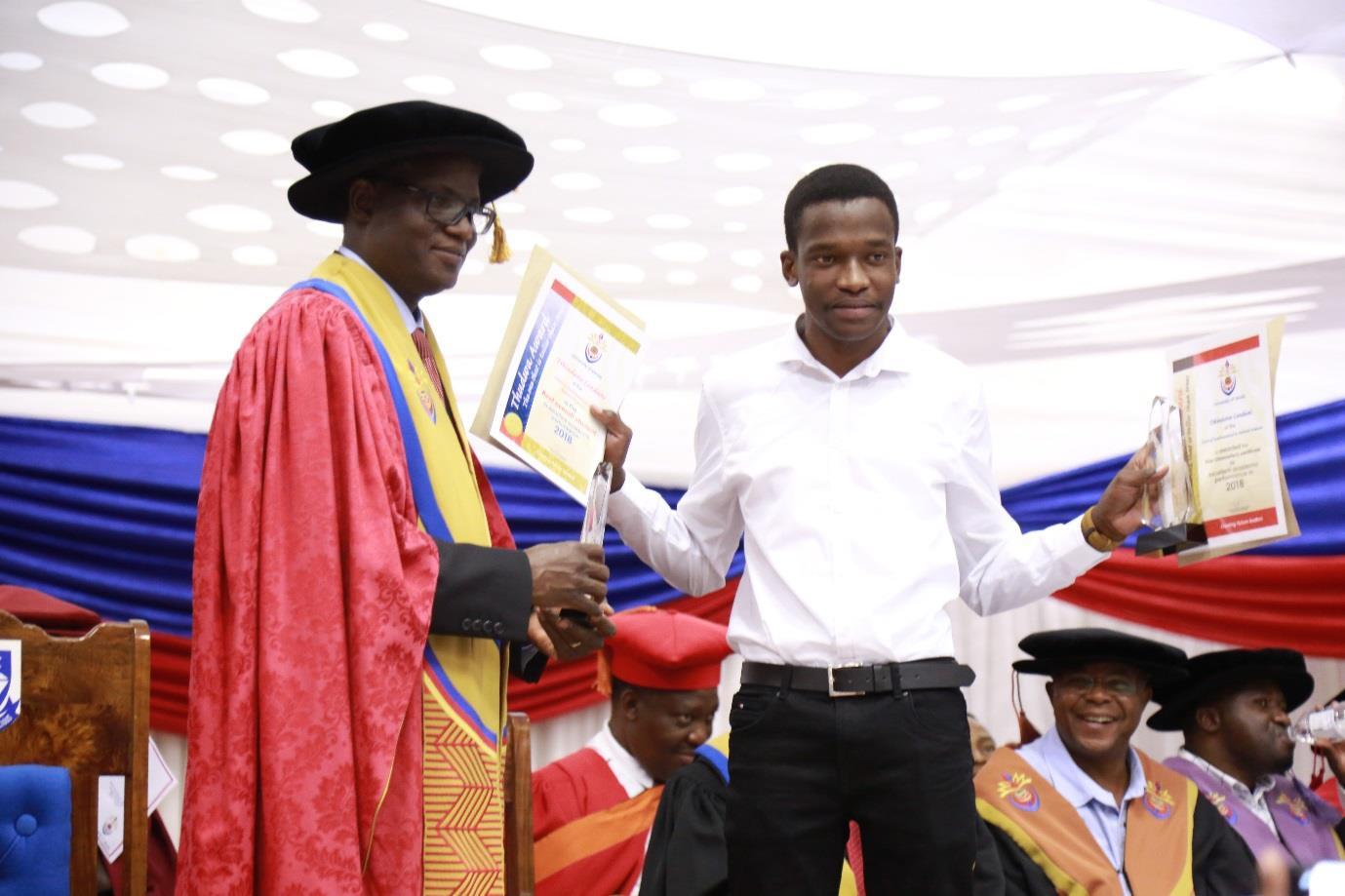 Mr Londani Tshindane, who was the best student in the School of Mathematical and Natural Sciences for second level, also became the overall best student for the academic year 2018.

When reminiscing some of the challenges he encountered during his academic journey, he recalls that the biggest barricade was staying off campus which limited his access to the internet and other facilities.

Londani walked away with two awards, worth R18 000, which he intends to use for purchasing study materials. He indicated that this will help him to improve and achieve his new aspiration of winning the Senate Medallion when he graduates. 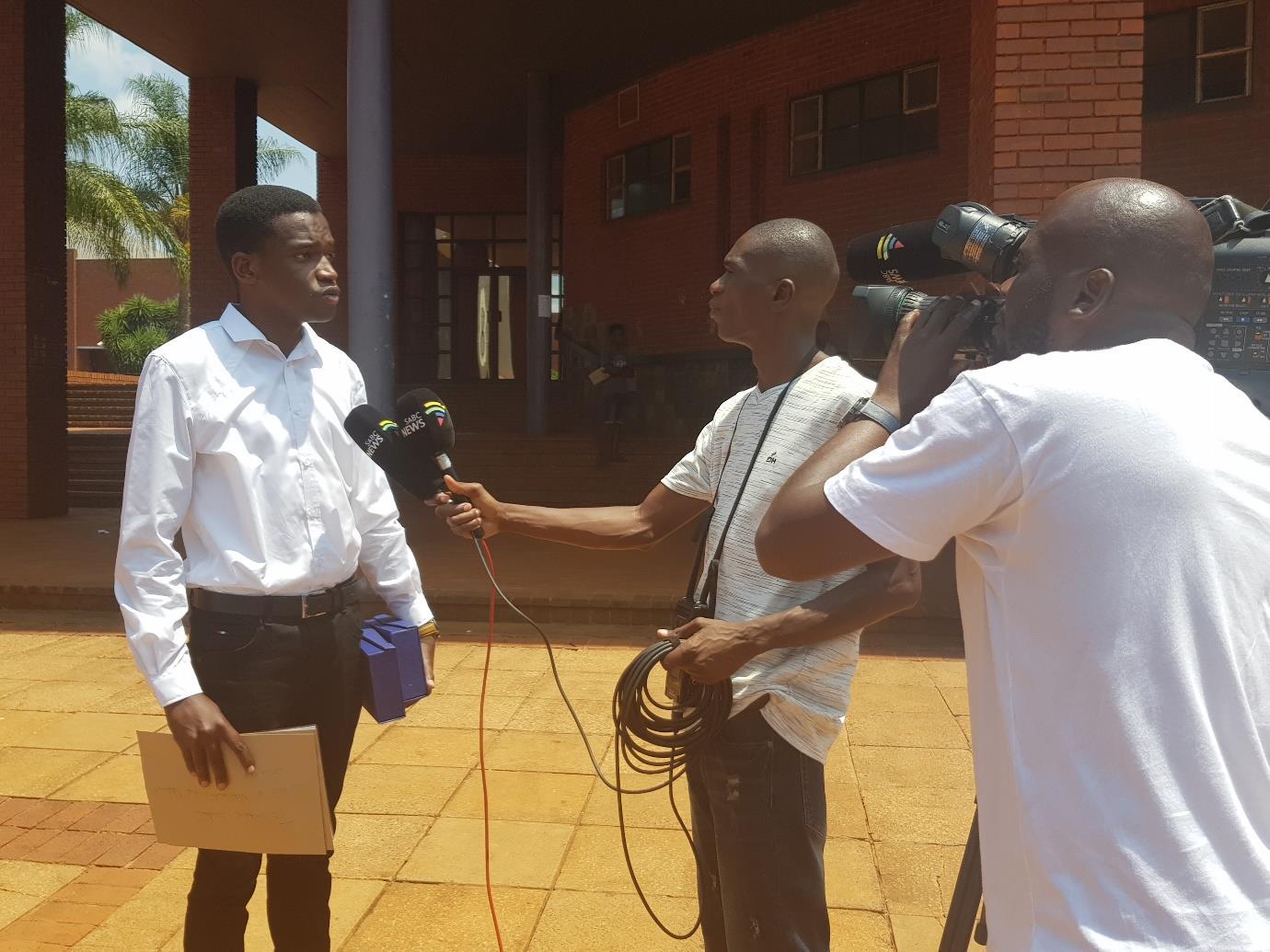 Londani during the interview with the SABC TV and Radio

He expressed special appreciation to his Mother who has been his greatest support system as well as his mentor Ndivhuwo Mphephu, his former lecturer. 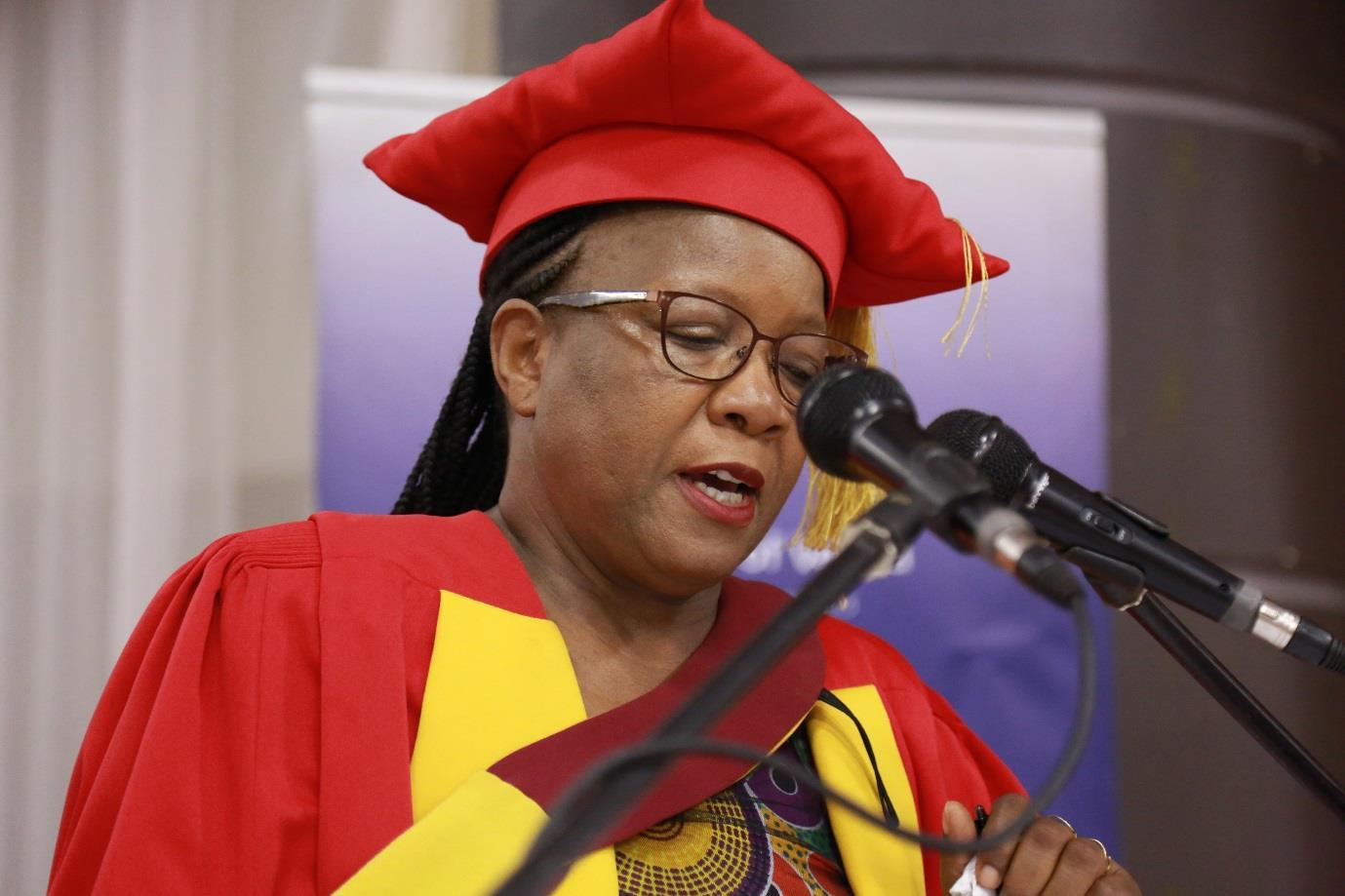 Prof Nancy Mutshaeni, Director of CHETL, shared the background of the Vice-Chancellor’s Student Academic Excellence Awards. Prof Mutshaeni expressed that, in 2011 student senate proposed to Senate that annual academic excellence awards should be instituted for undergraduate students at all levels. Since 2013 to date, this has been an annual ceremony.

Prof Mutshaeni further indicated that the purpose of these awards is to encourage students to work hard in achieving their goal, which is to pass with higher marks for them to be employable. A total of 21 students (10 females and 11 males) walked away with awards for being the best in their respective schools and levels of study. 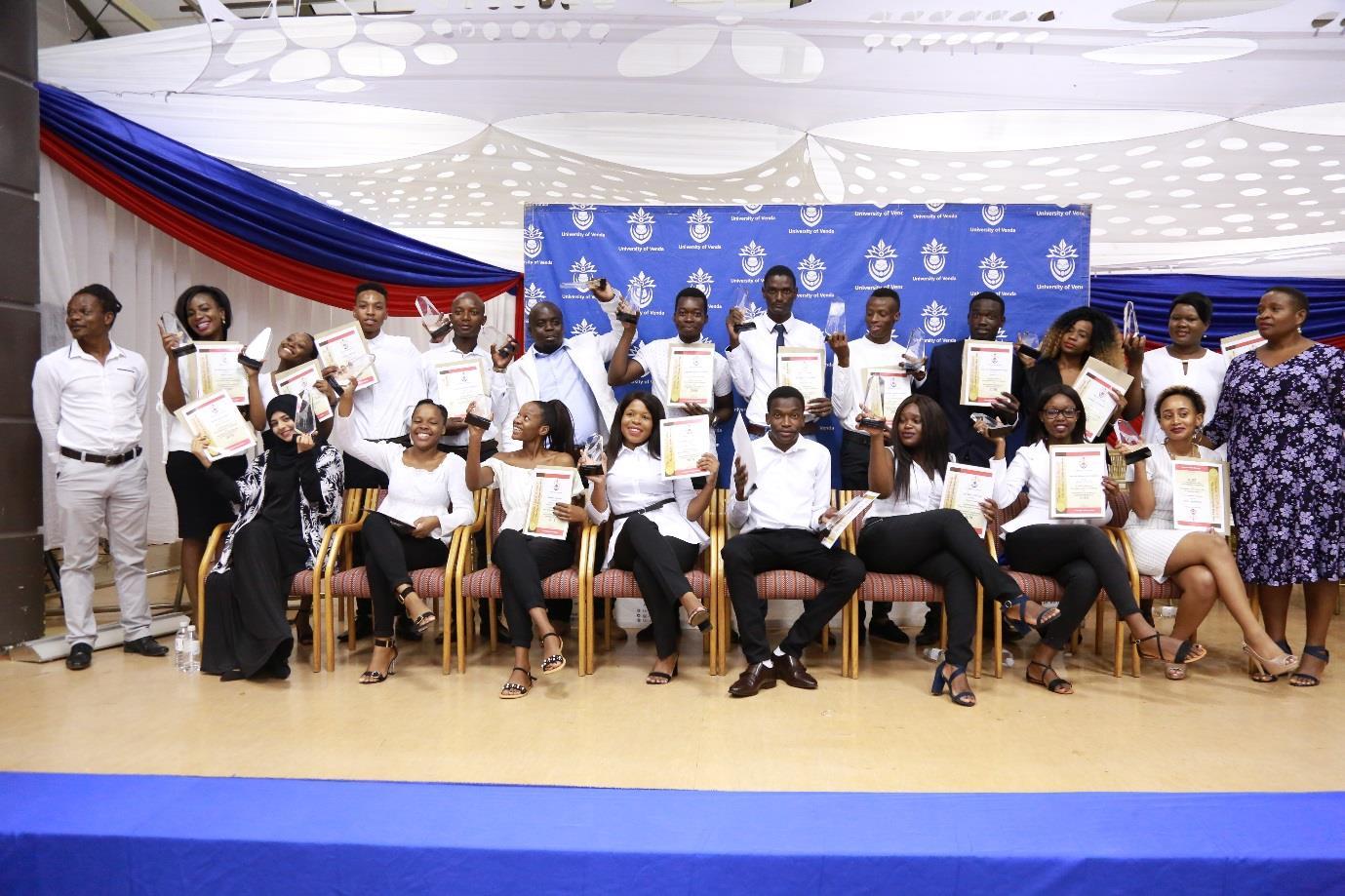 Award recipients with some of CHETL staff members