“The month of September is a month in which South Africans are encouraged to celebrate our culture and the diversity of our beliefs and traditions, in the wider context of a nation that belongs to all of its people,” said Limpopo MEC for Sport, Arts and Culture, Ms Thandi Moraka during the Public Lecture on The International year of Indigenous Languages. The Public Lecture was held on Tuesday, 17 September 2019 at the University of Venda (UNIVEN), Senate Chambers. The Public Lecture was orgarnised by MER Mathivha Centre for African Languages, Arts and Culture, under the school of Human and Social Scinces. 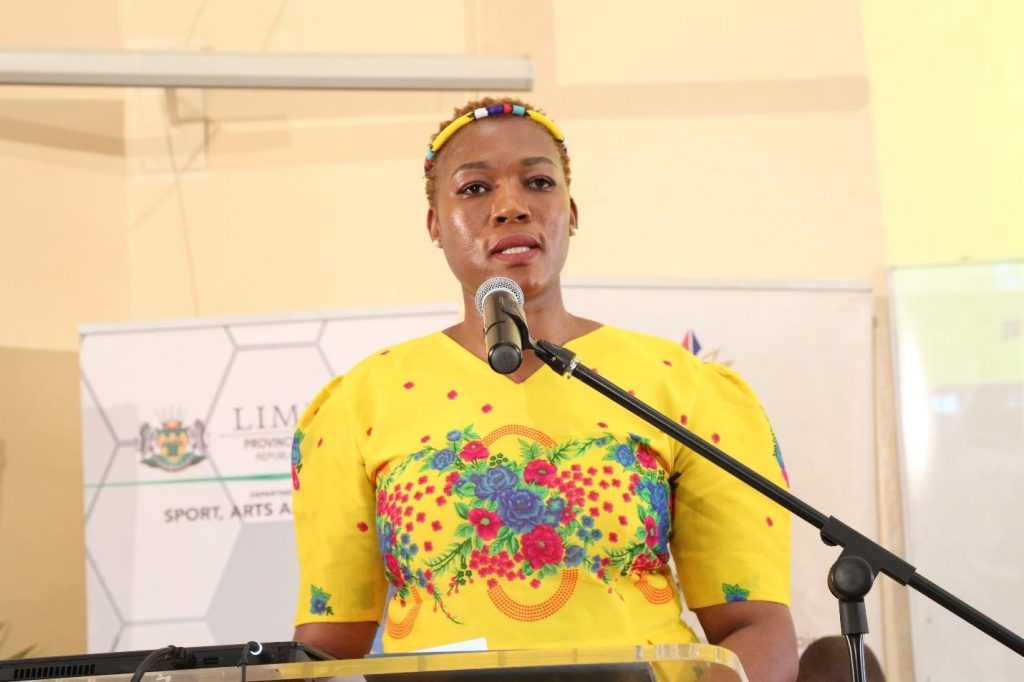 MEC Moraka continued to say that languages play a crucial role in our daily lives. They are not only our first medium for communication, education and social integration, but are also at the heart of each person’s unique identity, cultural history and memory.

MEC Moraka further said that more than half of the world’s population speak only 23 languages. She highlighted that the ongoing loss of indigenous languages is particularly devastating, as the complex knowledges and cultures they foster are increasingly being recognized as strategic resources for good governance, peacebuilding, reconciliation, and sustainable development. “More importantly, such losses have huge negative impacts on indigenous peoples’ most basic human rights.” The International Year of Indigenous Language will strive to preserve, support and promote indigenous languages at the national, regional and international levels. “We should continue to utilize our indigenous languages in the province as a way of embracing and protecting them from dying. We need to continuously teach our children about our history, culture, heritage and tradition. This is important because the identity of a person starts with one’s understanding of own culture, language and tradition.”

The MEC concluded her talk by advising the audience that there is a need to go back to basics as Africans and speak our own home languages, eating our indigenous food and wearing our cultural attire. Cultural heritage is the only inheritance that we should preserve. She encouraged people to visit our museums and cultural heritage sites available in Limpopo Province. 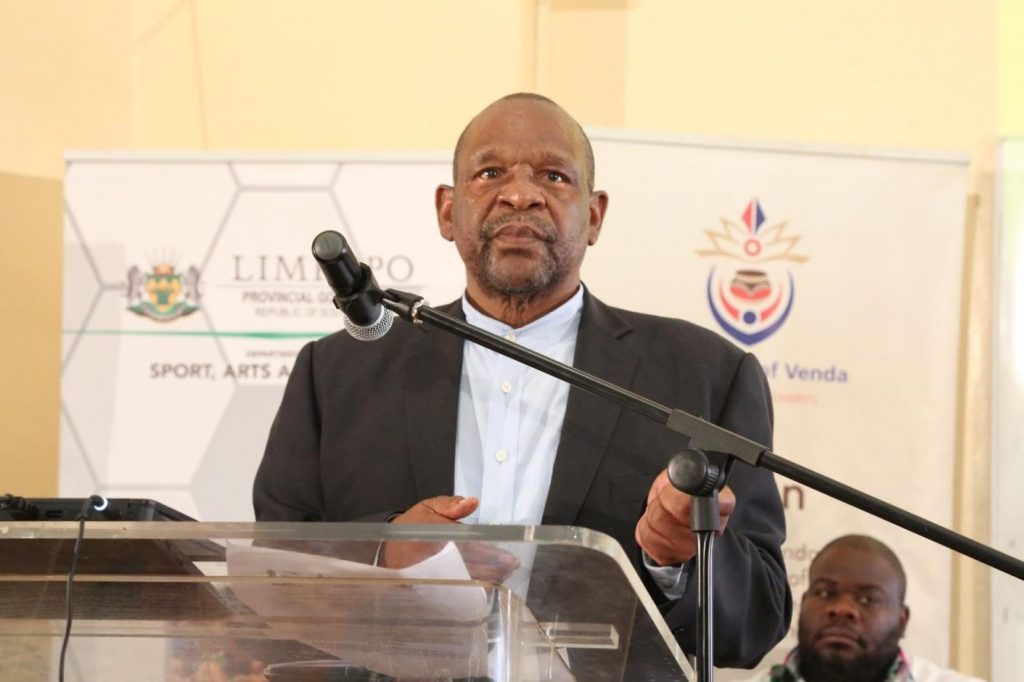 When delivering a Public Lecture on ‘The International Year of Indigenous Language’, Dr Mathole Motshekga said this public lecture must help to burry tribalism and xenophobia that were witnessed by this country recently. He said Africans are good, welcoming people and he was surprised by recent actions and behaviors of South Africans. He advised students to treat foreigners and all tribes the same way they would like to be treated. “The languages that we speak today are dialects of one language. We are one nation as Africans.” He spoke about historical development of Africa and how African continent was divided and given names by the colonizers.

He said President Oliver Tambo wanted to rename South Africa the Republic of Maluti because South Africa is not a name but just a direction. Our languages are reach and they have meanings. “Even today I still support President Tambo’s idea of renaming this country.” He was also provocative about the name Limpopo. Dr Motshekga said the name Limpopo was taken from the name Lebombo and Lebombo is on the other side of Kruger national park. He also argued that Kruger National Park should be named Thulamela Park.

When responding to some of the questions, Dr Motshekga said we are today speaking English so that all tribes can understand each other. As Africans, we need one common African language spoken across the whole continent of Africa so that we can get rid of foreign languages. 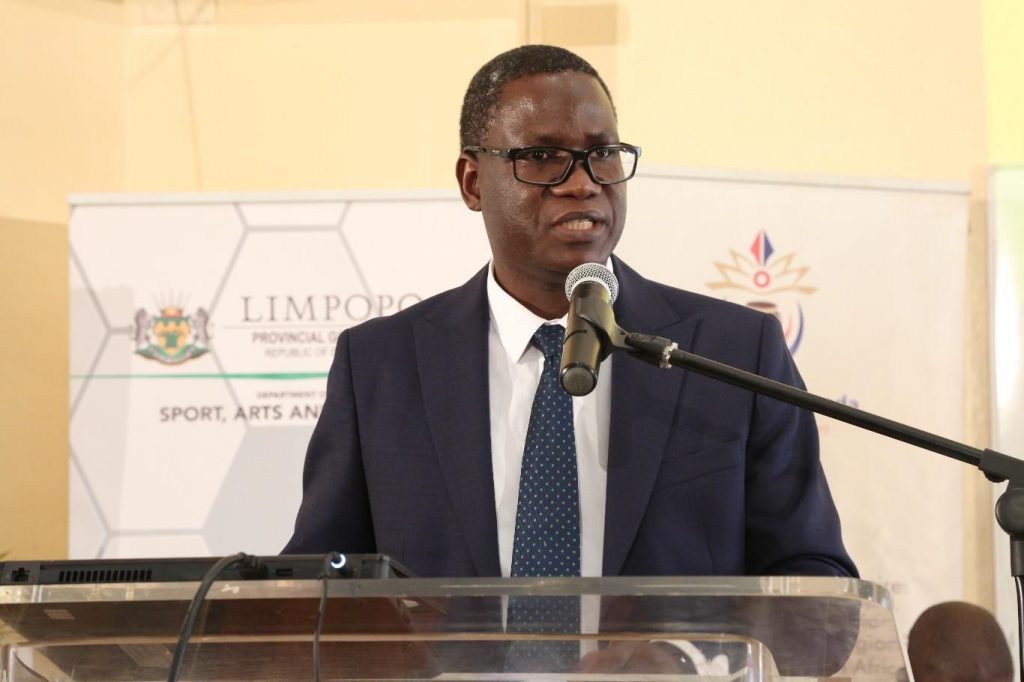 In his welcome message, Vice- Chancellor and Principal, Dr Bernard Nthambeleni said he was pleased that this celebration is being hosted here at UNIVEN. “UNIVEN is proud to partner with the Limpopo’s Department of Sport, Arts and Culture and we commit ourselves that we will play a meaningful role in preserving our culture and heritage.”

Dr Nthambeleni said initiatives like this Public Lecture calls us to learn, as an institution. He continued to say that he is proud to announce that UNIVEN has theses and dissertations that were written in South African languages and they are preserved in libraries, including our own library at UNIVEN. “We take indigenous languages very serious. It is through a language that we can be able to identify culture as a nation.” 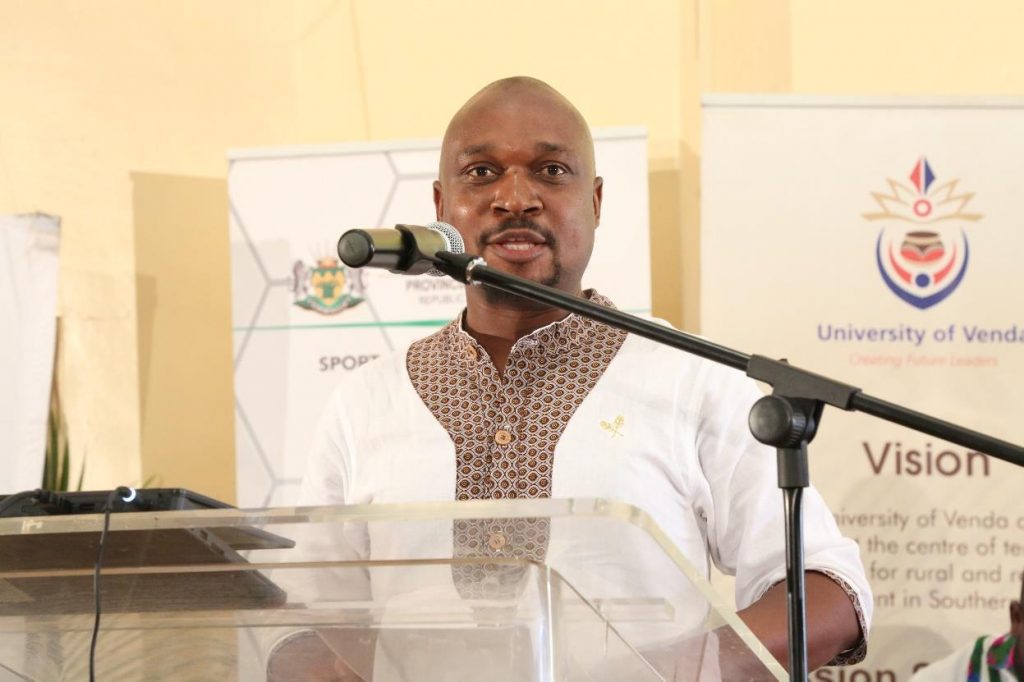 Mr Amos Mulaudzi, from the National Heritage Council representing Advocate Sinwabile Mancotywa said, they are partnering with the Limpopo Provincial Department of Sport Arts and Culture. Mr Mulaudzi said a person’s ethnic origin, heritage and culture are part of what makes mankind distinct from the animal world. He said mankind has been given the ability to develop complex, and intelligent works of art; intellectual and scientific discoveries as well as spiritual achievements. He said however, each ethnic group has gone about this in their own ways that have grown out of geographical positioning, necessity and inspiration.

Mr Mulaudzi highlighted that the NDP 2030, especially outcome 14, puts more emphasis on the arts, culture and heritage sector’s potential role in the creation of jobs, poverty alleviation, and more significantly the achievement of the elusive social cohesion, nation building and national identity. “for all these to be achieved we first need to know who we are and where we come from as people.” 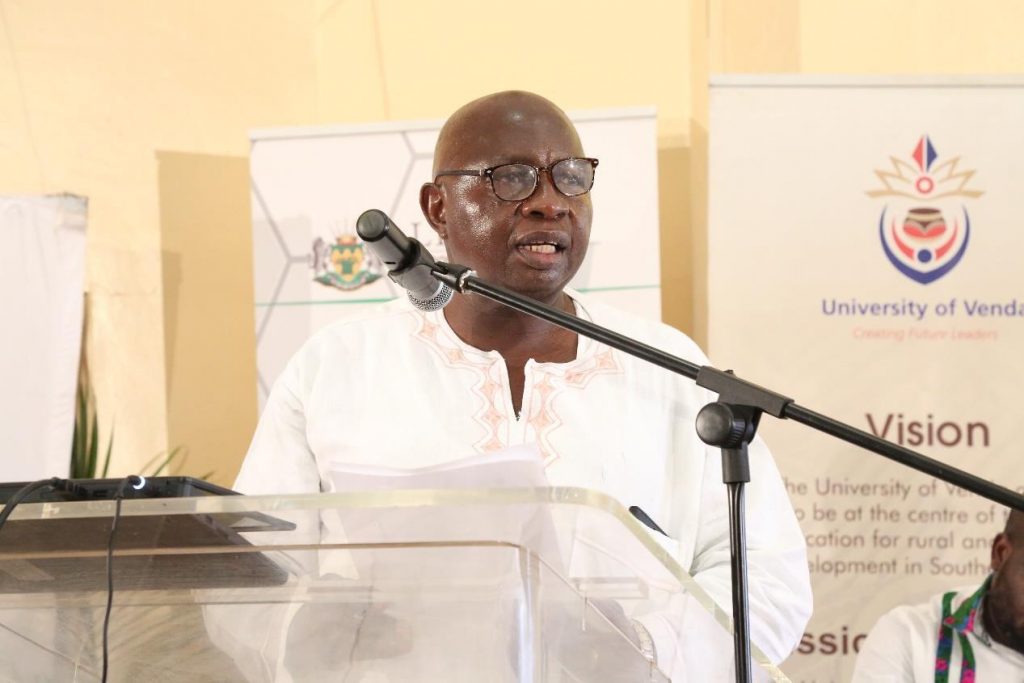 When introducing the guest speaker, Prof Mokgale Makgopa said UNIVEN will appeal for support to ask the Office of the MEC to provide Work Integrated Learning (WIL) for UNIVEN students in the School of Human and Social Sciences particularly, those in the language practice field. “What we teach as a University should be relevant to the history of our country and should speak to the future of this country.” He continued to tell the audience that UNIVEN is busy with the strategic plan 2021-2025 and this new strategic plan will give us the direction as to how to restructure the curriculum to be relevant to our history and speak to the future of this country. 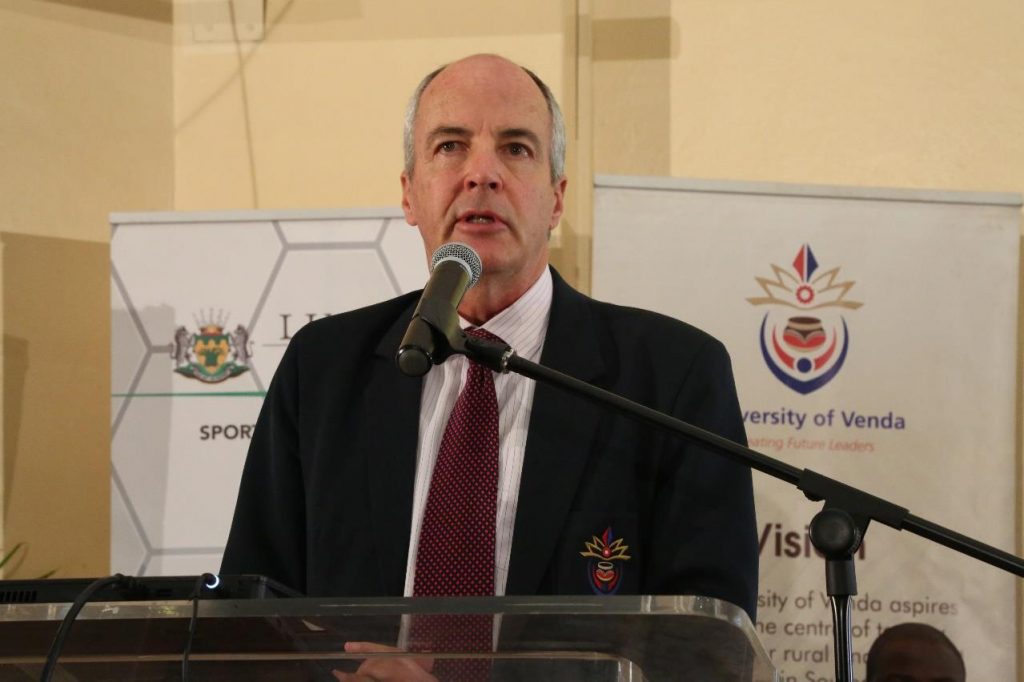 In his vote of thanks remarks, Deputy Vice-Chancellor Academic, Prof Jan Crafford said it is important that we put what we have been talking about into practice. There is a need to decolonize our education curriculum. He thanked all speakers, staff members, guests and students for honouring the invitation for this public lecture. 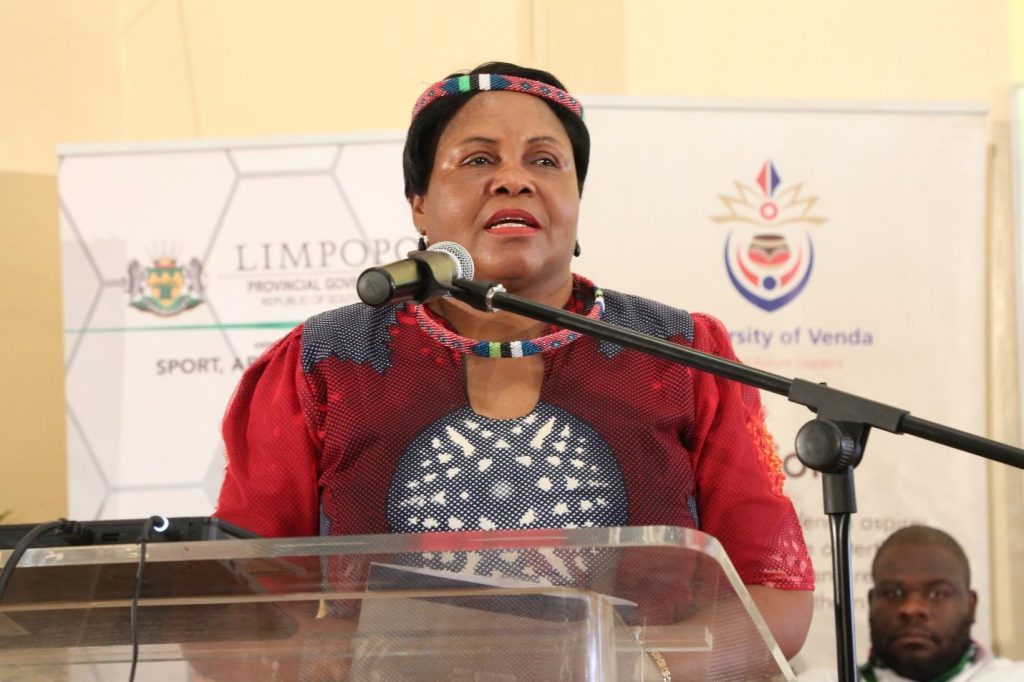 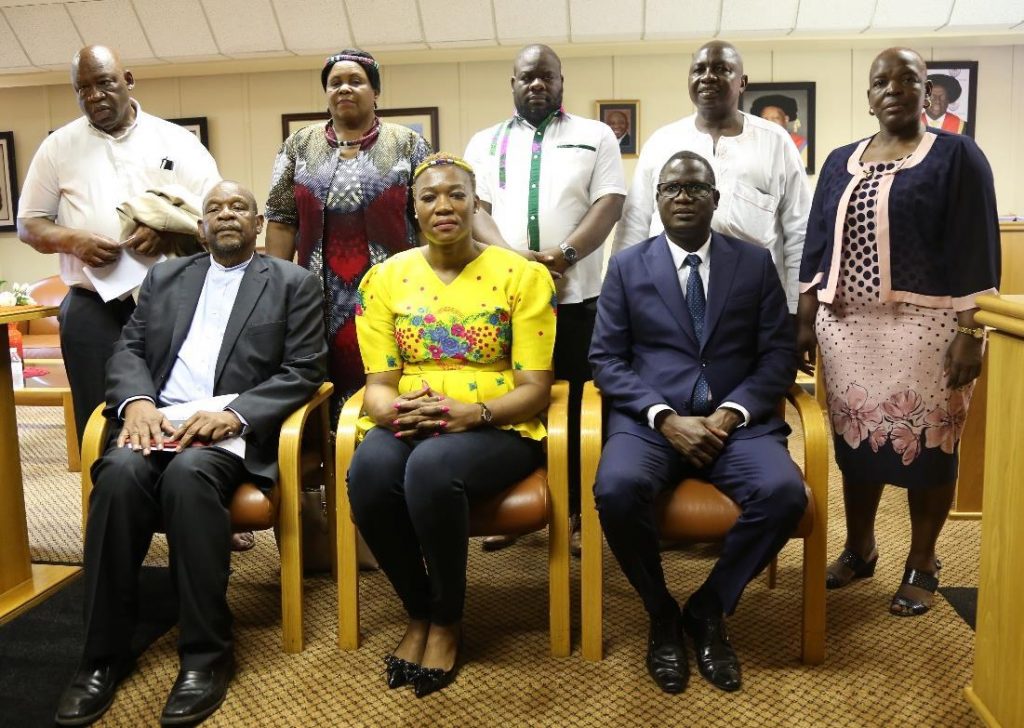 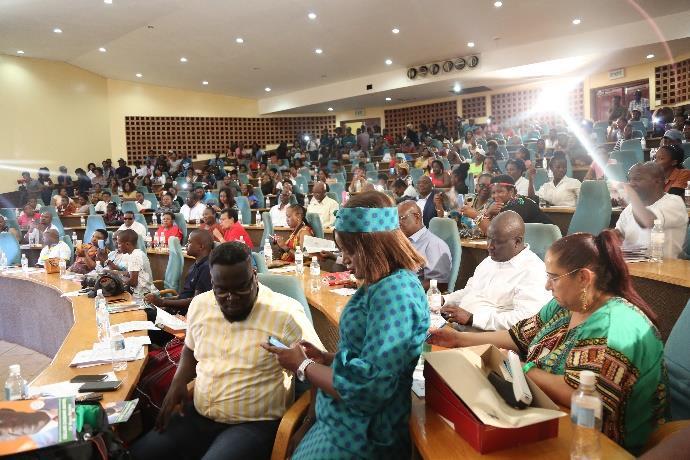 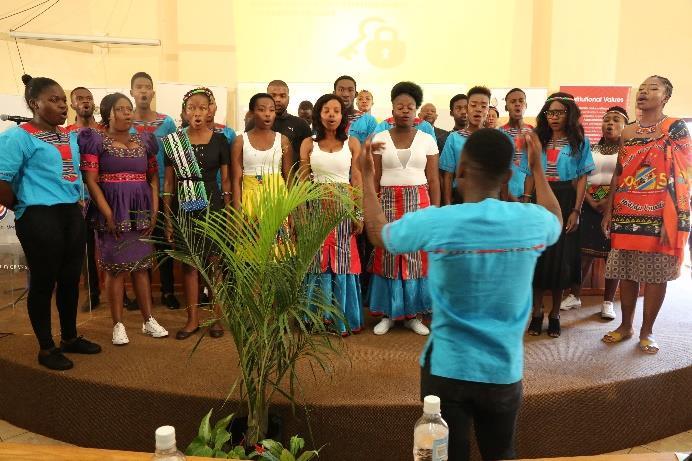 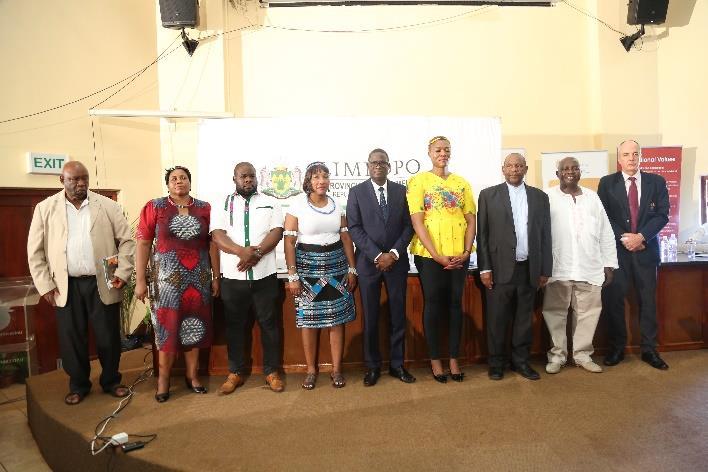 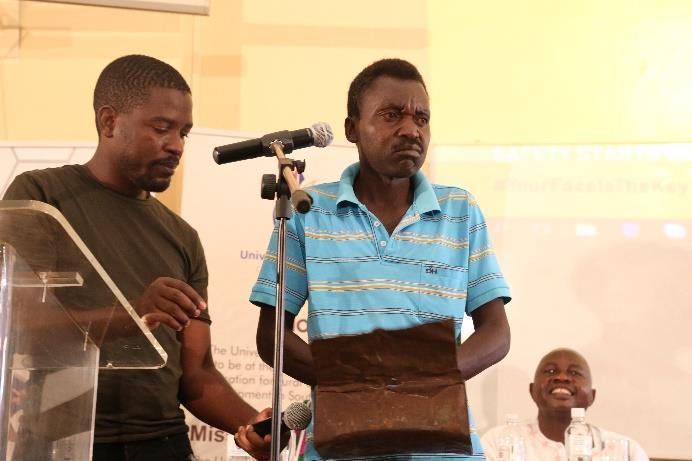