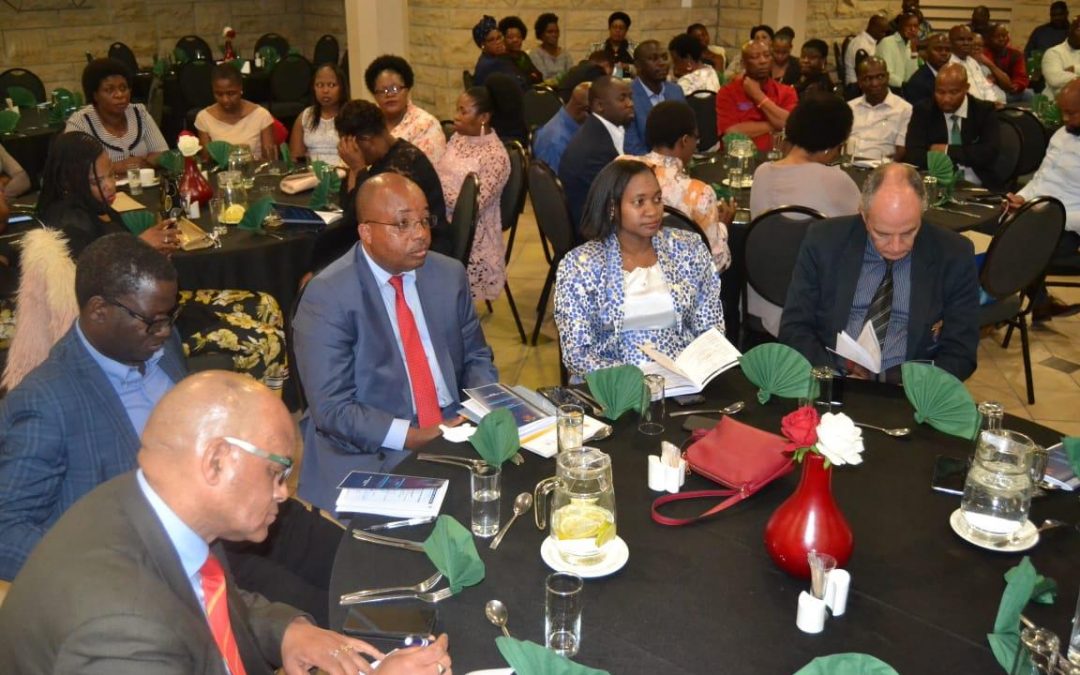 The Academic Division of the University of Venda had their special and unique way to bid farewell to Prof Edward Nesamvuni, UNIVEN Registrar. The event which took place at Warmbaths Aventura Resort on Monday, 30 September 2019, was graced by the presence of the Executive Management Team led by the Vice-Chancellor and Principal, Dr Bernard Nthambeleni. Among the guests, was Prof Nesamvuni’s wife, Dr Cebisa Nesamvuni.

In his farewell message, the Vice-Chancellor and Principal, Dr Bernard Nthambeleni appreciated the role and contribution made by Prof Nesamvuni as a University Registrar. He recognised the efforts made by the University Registrar together with his team. He also expressed that the University Registrar position is a critical portfolio in the effective functioning of any University. “You have indeed demonstrated that you are a true leader. Through the Farewell messages from members of your Division, it’s apparent and explicit that you’re leaving the Division a much better place than how it was when you joined the University six years ago. Good Leadership is about making others better through your presence and making sure that the impact continues to be felt even in your absence. We’re grateful that you’re leaving UNIVEN, in particular, the Registrar’s Division in a better shape that when you took the reins. You indeed managed to build a strong culture that drives high employee engagement. The Vice-Chancellor and Principal further congratulated Prof Nesamvuni on his immense contribution to South Africa’s system of innovation. He also described Prof Nesamvuni as a very good-hearted person.

Members of the Registrar’s Division had the opportunity to express their honest and genuine feelings about their working relationship with Prof Nesamvuni. The farewell messages succinctly acknowledged their positive working relationship and expressed hope for the future, particularly considering the foundation already laid during Prof Nesamvuni’s tenure. On behalf of their respective Directorates and Sections, the Director of Student Affairs, Mr Lufuno Tshikhudo, Acting Deputy Registrar, Mr Mpfariseni Ligudu, Head Committee Administration, Mrs Martha Lewis and Head Records and Archives Management, Mrs Nosipho Molefe as well as Personal Assistant to the Registrar, Ms Weyeni Tshivhenga, had the opportunity to say good bye to Prof Nesamvuni. The respective colleagues in the Registrar’s Division gave send-off messages to commemorate all the good times together and let Prof Nesamvuni leave with happy memories. There is no doubt that through these messages, Prof Nesamvuni is leaving with happy memories. This splendid farewell function was a great way to recall happy memories and an opportunity to express goodwill and a spirit of human bonding with respect. Members of the Registrar’s Division expressed several collective accomplishments and what they have gained from the leadership and guidance of Prof Nesamvuni. They further expressed that through Prof Nesamvuni’s wisdom, thoughtfulness and generosity, they were empowered to excel in their respective work environments. 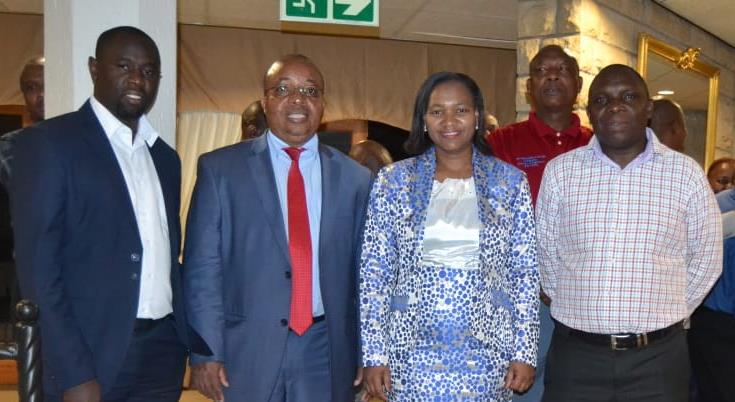 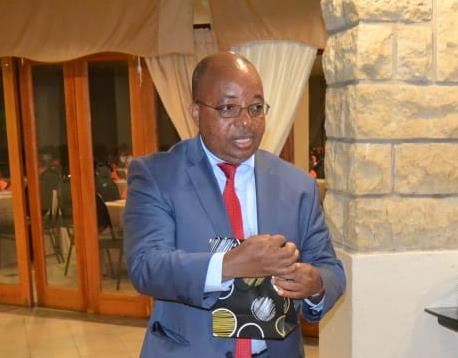 In his response, Prof Nesamvuni expressed that he had amassed a wealth of knowledge from colleagues which made him to be an excellent performer. He said members of the Registrar’s Division had inspired him to grow and challenged himself and become the kind of a person he is today. The University Registrar’s response demonstrated his gratitude for support, opportunities to learn, special memories and good-humoured narratives. He said, through this memorable farewell function, he realises that he has been so very fortunate to be associated with all members of his Division and that they all meant so much to him. “I am indeed proud to have been part of this Team. For the past six years, you made it easy for me to feel at home and a valuable member of the Division. The successes we’ve achieved together have been the result of cooperation and collaboration. I’m really privileged to have been associated with colleagues who understand the importance of bringing the best out in each other, Team spirit”, said Prof Nesamvuni. He reiterated the role that members of his Division played in mentoring him and as a result of that he became wiser and more knowledgeable. Prof Nesamvuni expressed a range of achievements during his tenure which included improved capacity to deliver, rotation within and between workstations, development of policies and procedures, staff training and development, which includes training on emotional intelligence, effective coordination of activities, which entails the transversal committee which according to him will remain critical. He also mentioned the importance of building relationship with both internal and external stakeholders as well as maintenance of team spirit throughout the University. Prof Nesamvuni concluded his address by sharing with the audience the interview that he participated in on UNIVEN Radio following the recent farewell function of Council and Senior Management. During this interview, he was requested to share his future plans. He indicated that he was going to further his contribution in innovation, something that he had wanted for several years and this was opportune time for him to pursue his aspirations.

The Deputy Vice-Chancellor Academic, Prof Jan Crafford, in his opening remarks expressed that the event was intended to crystallise the moment of leave whilst providing the opportunity for the University Registrar to publicly acknowledge colleagues and to graciously show his appreciation and gratitude for the colleagues within the Registrar’s Division. “Let’s take this moment to celebrate all the memories we’ve made together”, said Prof Crafford.

The Deputy Vice-Chancellor Operations, Dr Robert Martin expressed a word of gratitude. He thanked all the colleagues who played respective roles to make Prof Nesamvuni’s farewell function a memorable event, in particular Ms Tshivhenga who coordinated the organising team. He also thanked Prof Nesamvuni for his contribution to the advancement of the University. He recognised Prof Nesamvuni’s wife, Dr Cebisa Nesamvuni for supporting and standing by Prof Nesamvuni. Dr Martin concluded his remarks by sharing some quotations on the words of wisdom. 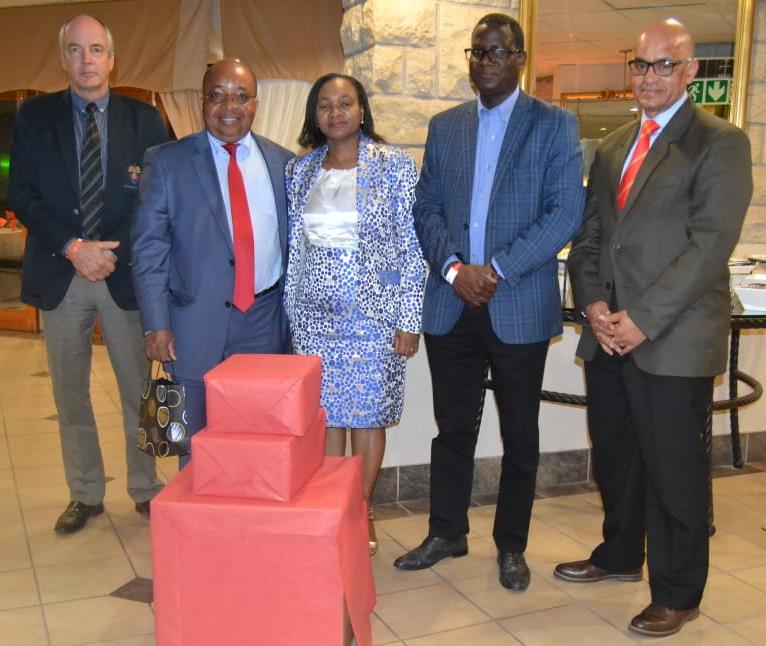 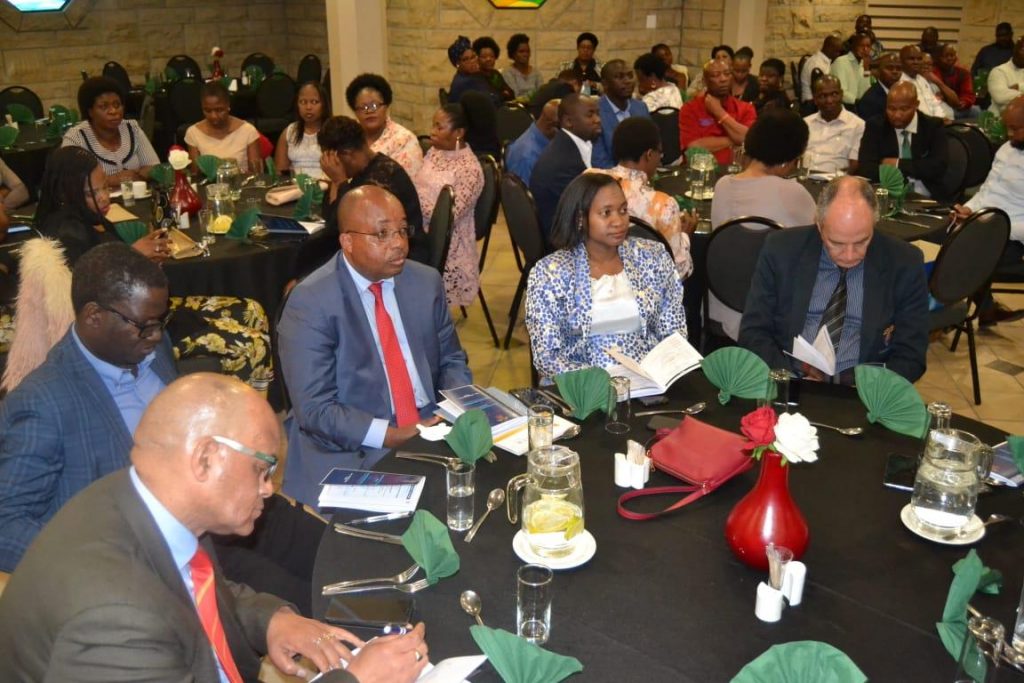 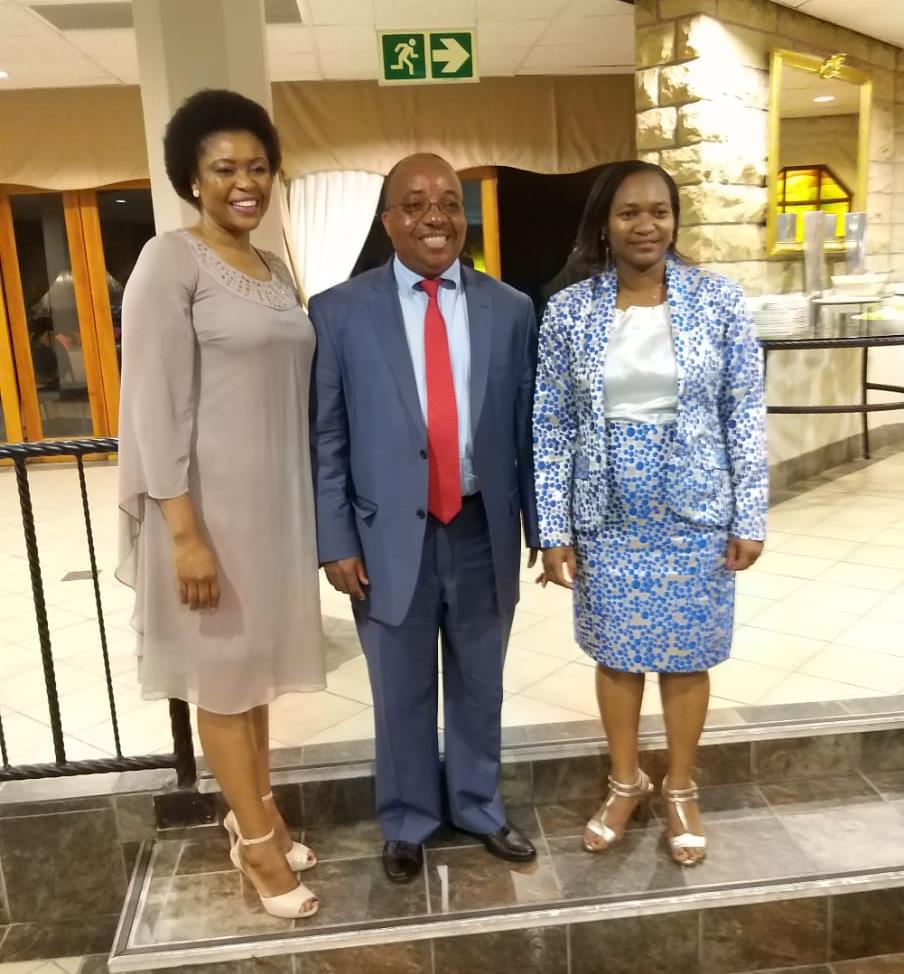