Research and Innovation Office honours postgraduate students with a workshop 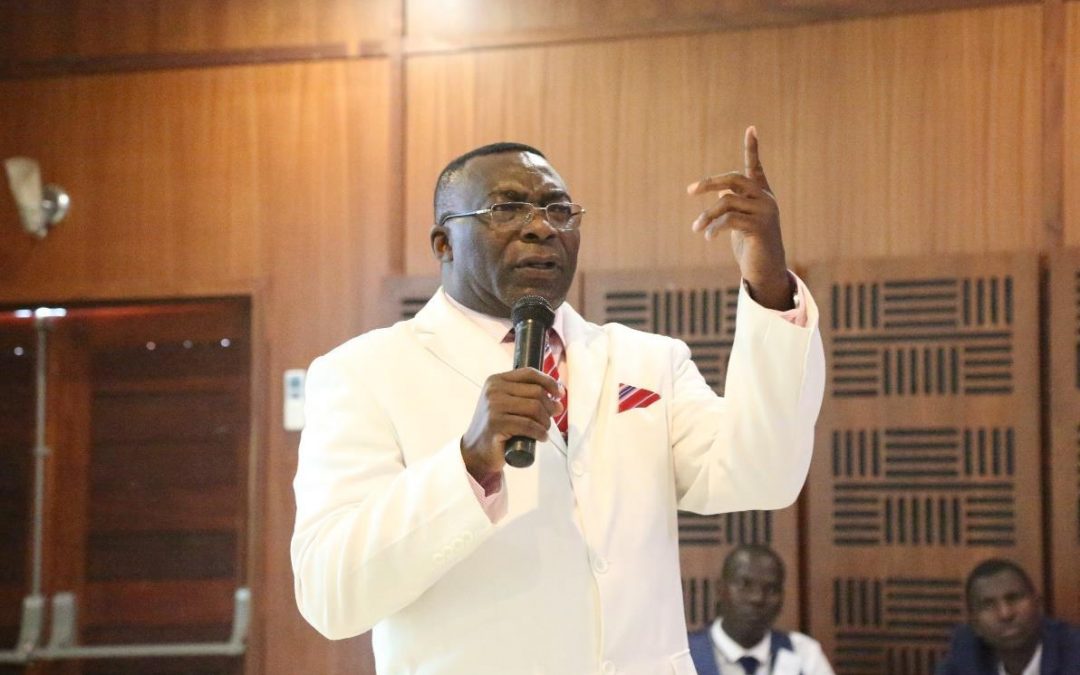 “A need is something that is necessary for a living organism to live a healthy life, if you are not secured, you will not study properly, you need to be taken care of for you to have a good and sober mind to focus on your studies,” said Senior Professor Georges-Ivo Ekosse, Director of Research and Innovation, during the 2017 Postgraduate students gathering day one that was held on Thursday, 26 July 2017 at 2Ten, Sibasa.

Senior Professor Ekosse told postgraduate students to write and publish their research findings in scholarly journal. “When you write these journal articles, please write them at your utmost best such that your targeted audience would require more from you,” he added. He further challenged the post graduate students to leave a tangible legacy for people to remember them with, “Because we want to change the perception of people from all over the world about Univen and South Africa as well.

“South African postgraduate students should consider themselves as being fortunate compared to postgraduate students in several other countries because most of them receive some sort of funding.” He said people from other countries pay for their studies and continue to do so for more than 20 years after completing their studies. He said some even goes to the extent of paying until they reach 60 years of age. Senior Professor Ekosse added that in China, there are many scholars with two or more Masters and doctoral degrees. He lamented that our postgraduate students are failing to complete even one Masters degree on time though being supported by grants and bursaries.

UNIVEN is very fortunate University because it is among the very few universities in the country with corporate leadership of leaders in Business and Politics. He said UNIVEN has been led by Honorable Cyril Ramaphosa as its Chancellor, “this leader is in both Politics and business. Now the leadership has moved to Honorable Kgalema Motlanthe who is also a leader in politics.” He said the Chairperson of UNIVEN Council, Mr Serobi Maja is also holding a senior executive position in society.
Senior Professor Ekosse said, in the past, nations were known and labelled by wealth they have, “for example, Kimberley was known as Diamond City, Johannesburg was known by its gold. Nowadays the wealth of a nation is determined and depends on the knowledge that it has and its intellectual prowess.” He further told the audience that wisdom is using the knowledge that one has. “Apply the knowledge that you have accumulated from your studies and employ others with different degrees,” he added.

When addressing the issue of growth in research outputs at UNIVEN, Senior Professor Ekosse said UNIVEN has for the first time produced researchers who are recognized globally. He said UNIVEN has also doubled its research publications output for the first time since its existence and it is the first South African University in recent times to double its research outputs in such a short time. He added that in 2008, UNIVEN had only one NRF Rated Researcher and by 2016, UNIVEN was seating at 26 NRF Rated Researchers. Senior Professor Ekosse concluded by advising students who are completing their Masters degrees this year to register for doctoral programmes next year and also advised them to do their publications while they are still studying in order for them to be employable when they complete their studies.

Mr Rendani Ndou, a second year student in Master of Administration who is also the Secretary of Post Graduate Committee at UNIVEN thanked the Directorate of Research and Innovation for the workshop. He said opportunities like this encourage student to even further their studies to other levels because they will be knowing where to look for financial aid to fund their projects in future. He added that what makes him happy is that students are even given a chance to ask questions where they don’t understand and they are given answers immediately after asking those questions.

 
 “The purpose of the Limpopo Development Plan (LDP), 2015-2019, is to provide a framework for the strategic plans of each provincial government department, as well as the LDP’s and sector plans of district and local municipalities.” said Ms Madikana Mokgokong, representing Limpopo Provincial Research Unit in the Office of the Premier. She added that they, as Limpopo Government, will create a structure for the constructive participation of private sector business and organised labour towards the achievement of provincial growth and development objectives, and to encourage citizens to be active in promoting higher standards of living in their communities.

She further told postgraduate students that Government cannot do everything on its own. “We need stakeholders to help us achieve these goals. We have strategies that will assist us to increase our GDP and create decent jobs,” she said. Ms Mokgokong advised postgraduate students to start their own businesses and hire other graduates who did not make it to University level and those who completed their undergraduate qualifications.

 Shirley Machelesi, Group Executive Research Officer at Water Research Commission (WRC) said that they fund researchers who are trying to solve problems in the field of water and sanitation. She said WRC exists to serve the water sector. “We fund water-related research and development; we actively promote application and dissemination of water-centred knowledge. Again we promote effective transfer of knowledge and technology and develop capacity, and transform the water sector’s knowledge base.”

 Dr Stanley Liphadzi, Group Executive Research from Water Research Commission guided Postgraduate students about how to attract organisations to finance their research projects. He told them not to just come up with research titles just for passing their research, “titles should be informed by country and community needs; title can be tweaked to suit that need; be aware of what is happening in the field/country; you should avoid duplication of coming up with existing titles and they should mind the gaps in the area of research.”

Dr Liphadzi has further advised postgraduate students that when they approach prospective funders, they should first understand the requirements; understand the themes to be addressed; understand the location where the study will be conducted; must have the budgets needed and they must also read the requirements carefully. “Always submit high quality reports and make sure that you submit on time within budget,” he concluded.
 

Some of speakers and Univen postgraduate students listening to Prof Ekosse’s presentation.