RuForum selects Univen to be among five other African universities

On Thursday, 26 April 2018, the University of Venda (Univen) hosted the Emeritus Prof David Kraybill, formerly from Ohio State University, USA who is now the Lead Editor in the book by Regional Universities Forum (RUForum), an association of 86 African universities with headquarters in Kampala, Uganda. 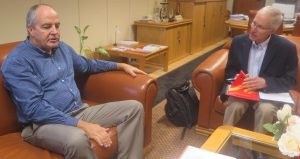 The reason for his visit was to gather information for describing and analysing institutional change in the selected African universities for a book being prepared by RUFORUM. Apart from Univen, Prof Kraybill will visit the following universities: Abomey Calavi (Benin), Ashesi University (Ghana), Jomo Kenyatta University of Agriculture and Technology (Kenya) and Gulu University (Uganda).

The book chapter will contain a narrative and analytical account of five cases of transformed African universities with the aim of inspiring university leaders in other locations to transform their own institutions. Preparation for the information gathering and analysis is based on the theory that external forces drive institutional change. The resulting change, whether positive or negative, varies across institutions because the inputs available to each institution vary both historically and currently. It is believed that inputs will make it possible for institutions to produce outputs and to adjust to changing external forces. The nature and extent of institutional change is influenced strongly by leaders, who are the shapers of the internal environment in which an institution transforms inputs into outputs. 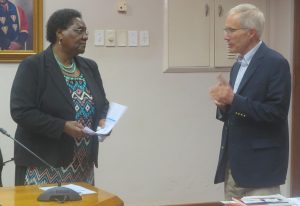 Prof David Kraybill with Prof Ainamensa Mchau, Dean School of Agriculture during the interview
“Univen wholly embraces transformation in its fullest sense that would result in a locally relevant, but globally competitive institution of higher learning in which all people, irrespective of race, gender or nationality would feel welcome to contribute to the success of this great institution,” expressed Prof Crafford. 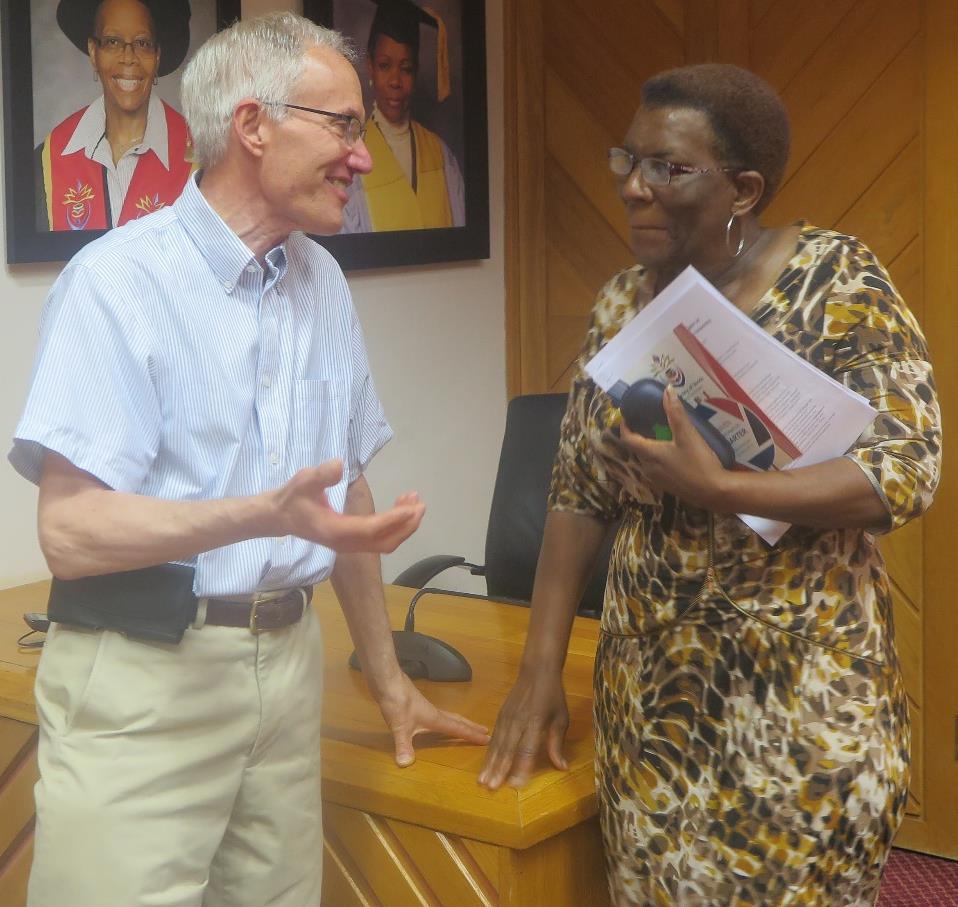 Prof David Kraybill with Prof Lizzy Netshikweta, Head: Advanced Nursing during the interview
Hence, transformation plan was entrenched in the Univen strategic plan so as to influence all its entire operations. There are six themes each with a champion to drive the transformation agenda which was launched in 2015. These themes include Non-discrimination and diversity; Institutional culture; People management; Student centricity; Core business; and Governance. Prof Crafford highlighted that, transformation is viewed from the University’s background as historically disadvantaged university to being at the centre of tertiary education for rural and regional development in Southern Africa. He further expressed that Univen might have been over-ambitious in this enormous tasks but substantive success have been recorded in few areas. “There are number of areas of this goal that we are still struggling to achieved towards the transformation agenda,” he added. 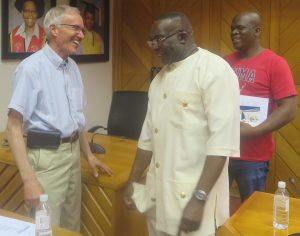 Various members of the Senior Management Committee, the Acting Deputy Vice-Chancellor Academic, Deans, Directors, Heads of Department, Coordinators of innovative projects, including postgraduate and undergraduate students were interviewed on Univen transformation stories. The programme was coordinated by the Acting Director of International Relations, Dr Segun Obadire. 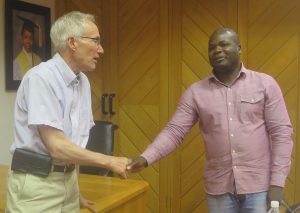 Prof Kraybill expressed his appreciation for the support and contributions he received from Senior Management, staff and students of the University towards his assignment at the Univen. He mentioned specifically the high level of articulation and understanding of the students represented at the interview which far exceeded his expectation. He said his engagements were very productive. He promised to update the University on the progress of the book chapter as time goes on. 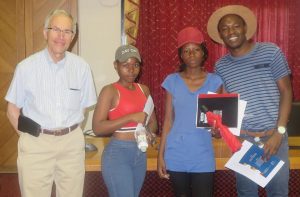 Prof David Kraybill with undergraduate student representatives during the interview 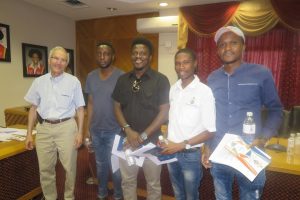 Prof David Kraybill with postgraduate student representatives during the interview 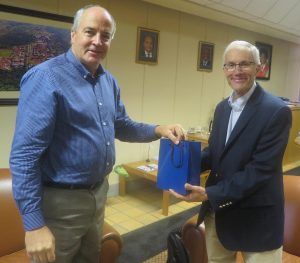