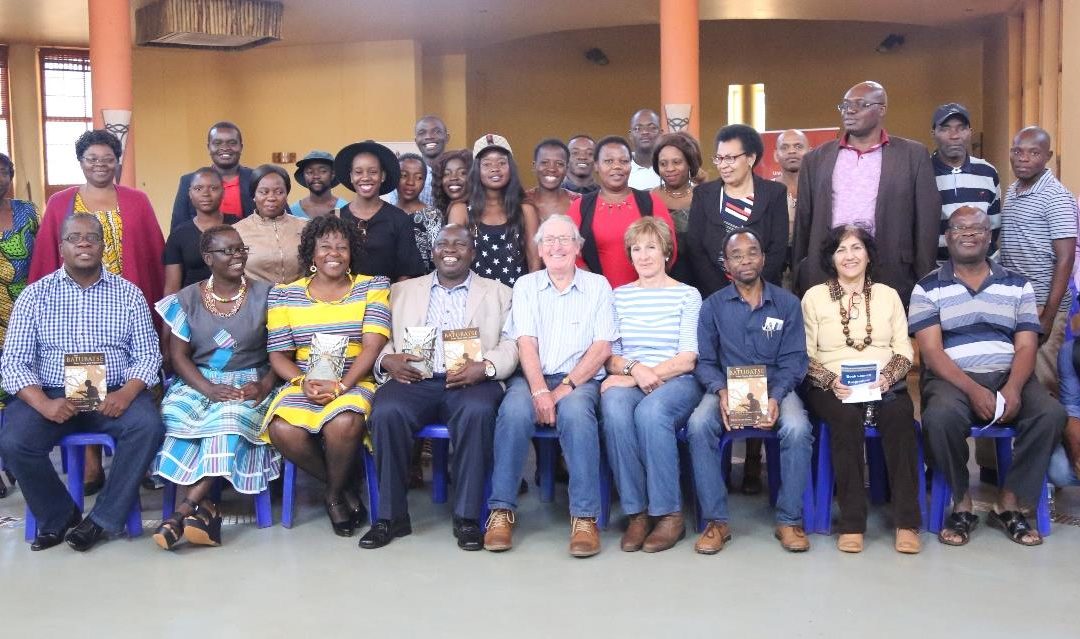 “Two books were published in 2017, Creating knowledge in Africa by Kwesi Kwaa Prah and Batubatse Their History and Traditions by Advocate Seshai Shai. Through these publications the authors wanted to make a contribution to African scholarly research which is scarce globally,” said Univen’s Dean of the School of Human and Social Sciences, Prof Mokgale Makgopa during the Batubatse Book Launch that was held at the Art Gallery recently. 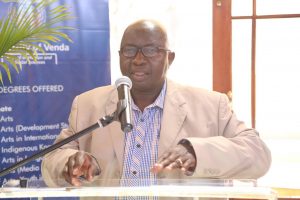 contribution to the pillars of excellence in teaching, learning, research and community engagement. “As a School, we would like to see ourselves developing a legacy and footprint within the University of Venda, of promoting scholarly communication, as well as exhibiting and articulating our contribution to global knowledge,” he concluded. 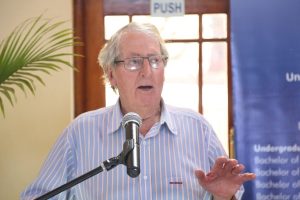 “The author Ponele Seshai has given us a splendid insight into the history, culture and identity of the Batubatse people which resonates with the Eskia Mphahlele Centre for African Studies which hosts a qualification in Indigenous Knowledge Systems,” said David Hilton Barber who assisted in telling the story of Batubatse book that was being launched on the day.

Academics, students and story tellers pose for a photo during the book launch while holding the newly launched books