School Violence puts on the spotlight 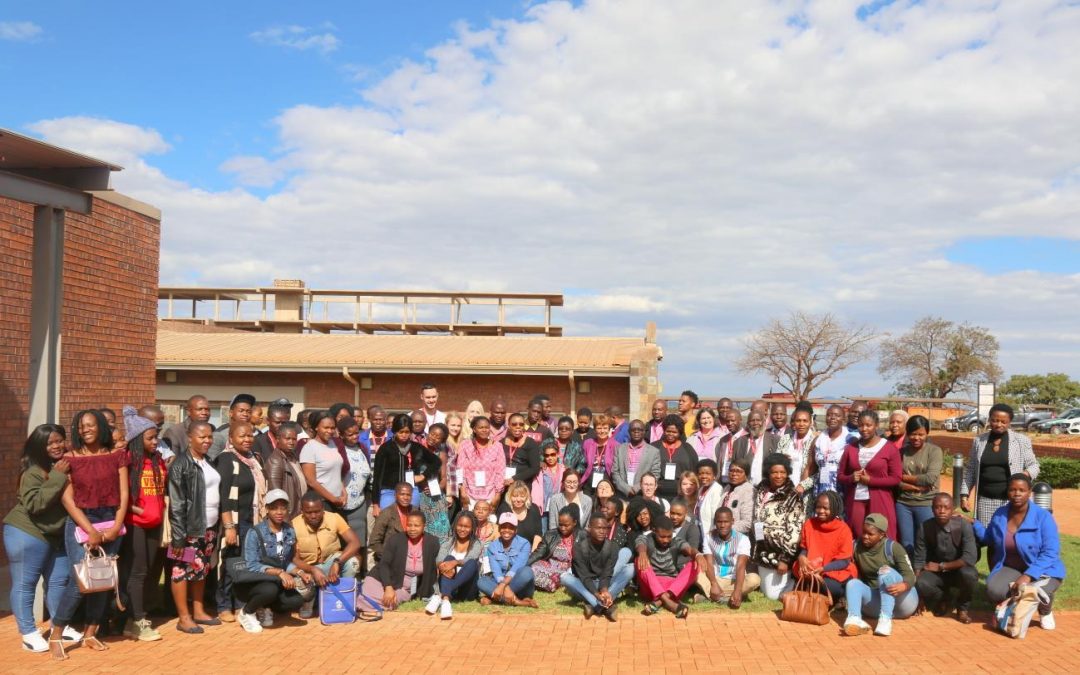 Participants pose for a photo during a well-attended School Leadership Workshop that was organised at UNIVEN Research Conference Centre.

For many children, the biggest threat to their right to education today is not discrimination or lack of access to schools, but violence within or near their schools, that undermines their ability to learn, puts their physical and psychological well-being at risk, and often causes them to drop out of school entirely.

These abuses include ongoing use of corporal punishment as a disciplinary measure, violence and harassment against sexual and other minorities, widespread sexual violence against girls by their fellow learners and teachers, bulling amongst learners themselves and the risk of sexual violence against girls traveling to and from schools. Fulfilling children’s right to education entails not only the presence of schools and teachers, but also ensuring an environment that allows them to learn under safe conditions.

The University of Venda (UNIVEN) in partnership with Evangelische Hochschule Nurnberg and local schools’ representatives held School Leadership Workshop on 02 August 2017 at the Research Conference Centre. The workshop was officially opened by the Deputy Vice-Chancellor Academic, Prof Jan Crafford.

We must eliminate violence in schools- Prof Jan Crafford

Prof Crafford said that violence has become too characterised in the communities. “This is a serious psycho-social problem. We are really happy to have you here so that we can come up with ideas to solve it,” Prof Crafford added.

Mr Rendani Munzhelele, Chief Education Specialist for Institutional Development and Quality Assurance in Vhembe District, acknowledged the importance of the workshop and said “We want to eliminate violence in our schools.”

He also said that the issue of violence can play a debilitating role in schools. “We are aiming to have 90% matric pass rate. This can prevent us from achieving our objectives,” he added. “We do not have psycho social support in our Department of Education. Therefore, it is difficult to deal with the issue of violence.”

The effects of violence include truancy and dropouts. “We are working with Thohoyandou Victim Empowerment Programme which provides support to vulnerable and abused learners,” said Munzhelele.

You should identify violence hotspot in schools- Prof Andrea Zeus.

Prof Andrea Zeus from Evangelische Hochschule Nurnberg presentation focused on Violence prevention at schools, reflections and experiences based on an experiential learning approach. Prof Zeus said that teachers should implement play and learn programme which aims at primary violence prevention.

Prof Zeus also said that methodological approach encourage learners to develop skills to reflect their behaviour and values and those of others. “It also addresses the everyday experiences of the learners. It strengthens resilience, develop self-confidence and self-esteem,” Prof Zeus added.

“This workshop is very important to us because we want to eliminate violence in our schools and we learnt many things. We are going to implement this strategies at schools,” said Azwinndini Magoro, School Governing Body member of Dimani Agricultural School.

The Circuit Manager of the Nzhelele West Circuit of Education, Mrs Ndifelani Nduvheni, said that they see violence everyday in schools. “We want to be assisted in pursuit to minimize violence,” she added.
School representatives said that life orientation teachers must be empowered. They further said that shortage of chairs and desks increase violence in schools. Their resolutions was that there should be more resources and enough sports facilities to curb violence in schools.

University of Venda > News > School Violence puts on the spotlight