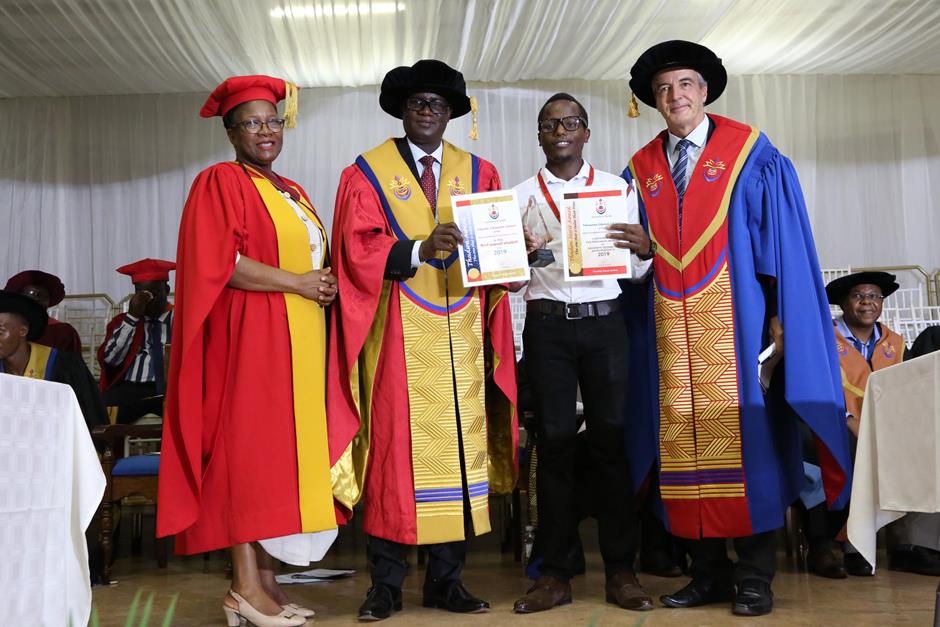 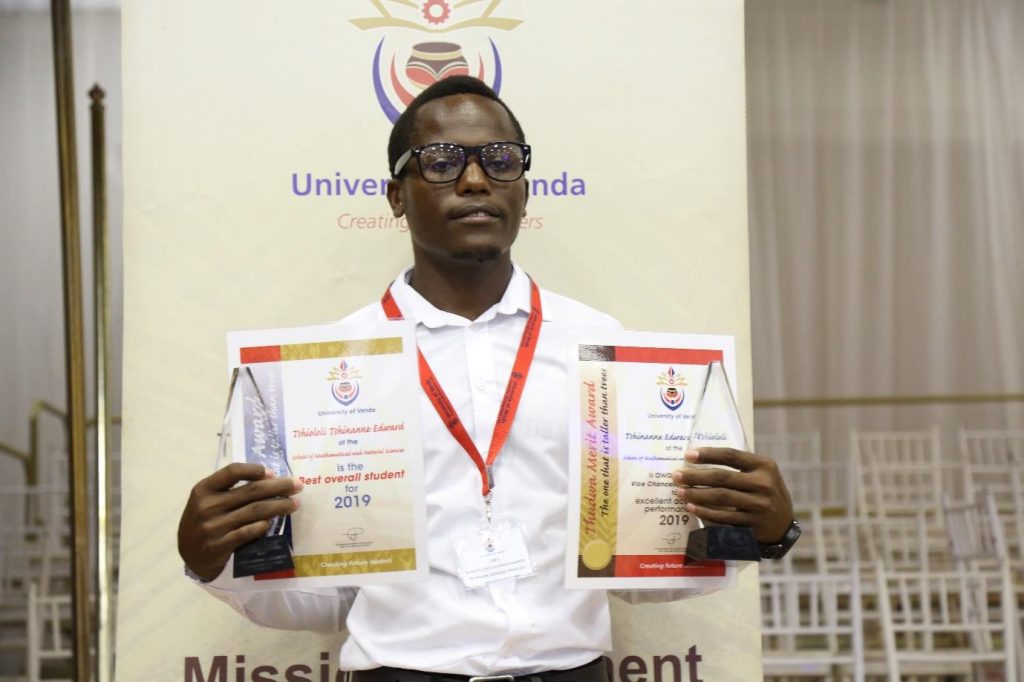 Mr Tshinanne Edward Tshiololi, who is the best student in the School of Mathematical and Natural Sciences for first level, also became the overall best student for the academic year 2019. “I feel very honoured and excited. I am highly motivated and vows to always do better than I did in the previous year. I vow to be amongst UNIVEN graduates who proudly lift up UNIVEN flag even higher,” said Tshiololi.

Tshiololi mentioned that, believing in himself and having time to introspect his strengths and weaknesses was key to his success. “Knowing myself and managing my time effectively and efficiently got me to where I am at this point,” he said.

He said that he has set a target for himself for the academic year 2020 to do his best to retain the overall best performing student award at UNIVEN. “I believe there is no limit, so I have set myself for a straight up trajectory,” he said. 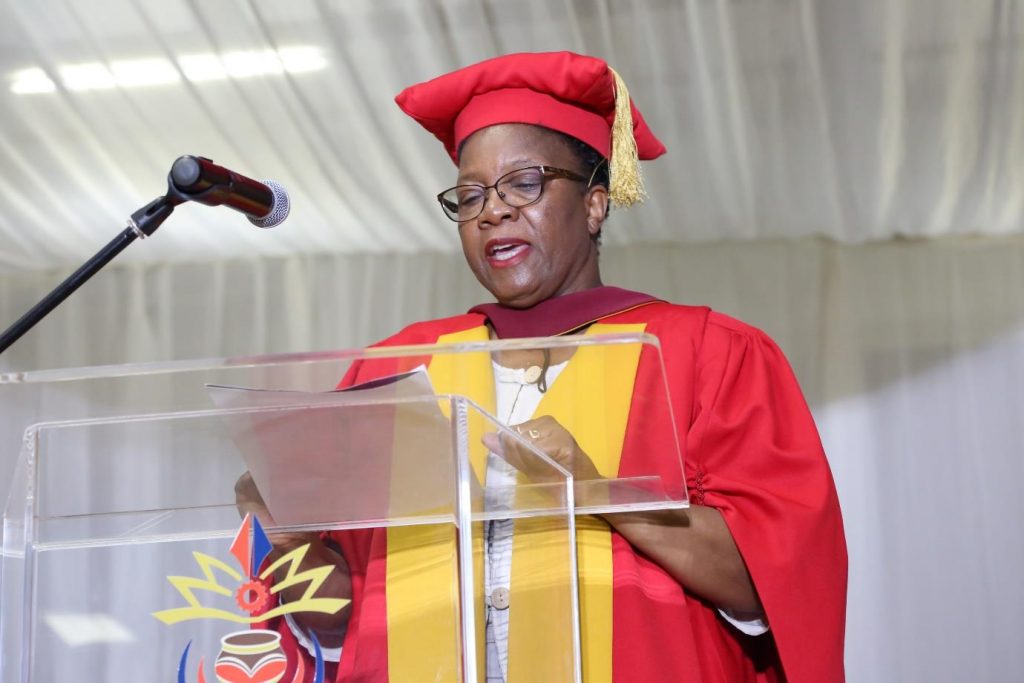 According to Prof Nancy Mutshaeni, Director of CHETL, the Vice-Chancellor’s Student Academic Excellence Awards started in 2013.

She explained that, the decision came in 2011 after Students proposed to Senate that annual academic excellence awards should be introduced for undergraduate students at all levels and to date, this has been an annual ceremony.

“The purpose of these awards is to encourage students to work hard in achieving their goals, which is to pass with excellent marks for them to be employable,” added Prof Mutshaeni.

A total of 48 students walked away with awards for being the best in their respective schools and levels of study.