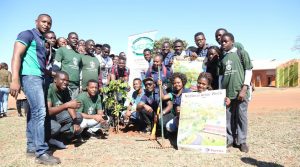 It is that time of the year to get the spade out of the hut and start planting trees because the 2017 Arbour Week has arrived. The 2017 Arbor Week took place from Friday, 1 September to Thursday, 7 September 2017. The theme for this year’s Arbour week is, ‘Forests and Water’. This theme is retained from 2016’s theme because South Africa has not won the effects of drought yet.

04 September was chosen as Univen Arbour Day. One of the Department of Agriculture, Forestry and Fisheries (DAFF)’s goal is to raise awareness about the important roles played by trees in the planet earth. 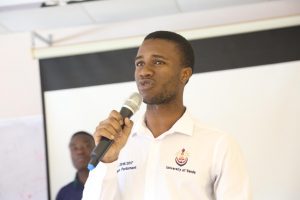 Trees play a vital role in our lives- Mr Mashamba

Deputy Chairperson of the School of Environmental Sciences, Mr Arnold Mashamba, said every tree that was planted will contribute to the environment and will save lives. “These trees can be used for medicinal purposes and will play a vital role in people’s lives,” he added. 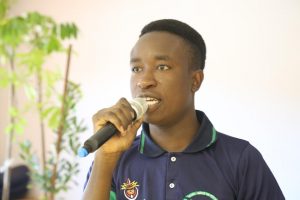 It is important to plant trees- Mr Shivhambu

UGO member, Mr Hilton Shivhambu, said the world is facing the issue of climate change. “It is important to plant trees because trees play an important role and contribute a lot in making sure that the climate goes back to normal situation,” he added.

Every year there is a specific tree chosen to be planted. Ziziphus Mucronata also known as Buffalo thorn has been chosen as the tree of the year 2017. 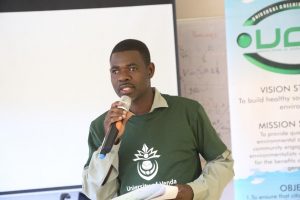 It is our responsibility to clean the environment- Mr Neluvhola

Assistant Director, Vhembe District Limpopo Department of Economic Development, Environment and Tourism (LEDET), Mr Shavhani Neluvhola, encouraged the audience to look after the forests and rivers. “Ziziphus Mucronata is endangered. Communities used it for fire and as a result the world is left with only few trees of this kind.” he said. Mr Neluvhola added that this is an indigenous tree that was used to heal stomach pains by our forefathers. “We have to look after indigenous trees because they play a very important roles in our lives.

It is our responsibility to also make sure that the environment is clean,” he said. He further highlighted that Arbour day aims to provide a better knowledge and understanding about indigenous trees amongst other things. “On this Day, we also educate people about the importance of saving water and planting trees.”

He said that trees have a good relationship with human beings. “They purify our water systems such as rivers and wells, provide oxygen and control the temperature of the environment,” he concluded. 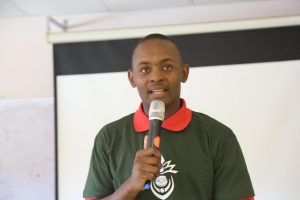 We have to save water because water is life- Mr Netshivhambe

Mr Zwivhuya Netshivhambe of Univen Green Campus Initiative (UGCI), said water is life and precious. “We don’t have enough water to share. We have to save water. Trees and animals including human beings depend on water for survival. It is important to save water because in the absence of water there will be no food for us and the animals in this planet,” he added. 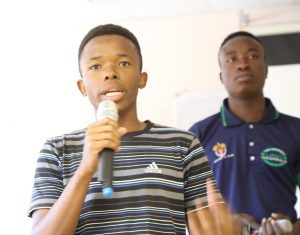 Mr Tshedza Madamalala, a first year student of Bachelor of Earth Science in Mining and Environmental Geology, encouraged the audience to plant trees in order to reduce the amount of carbon dioxide in the atmosphere. “Global warming is one of our challenges as Environmental Sciences students. We need to comply and change the situation that we are facing,” he concluded.