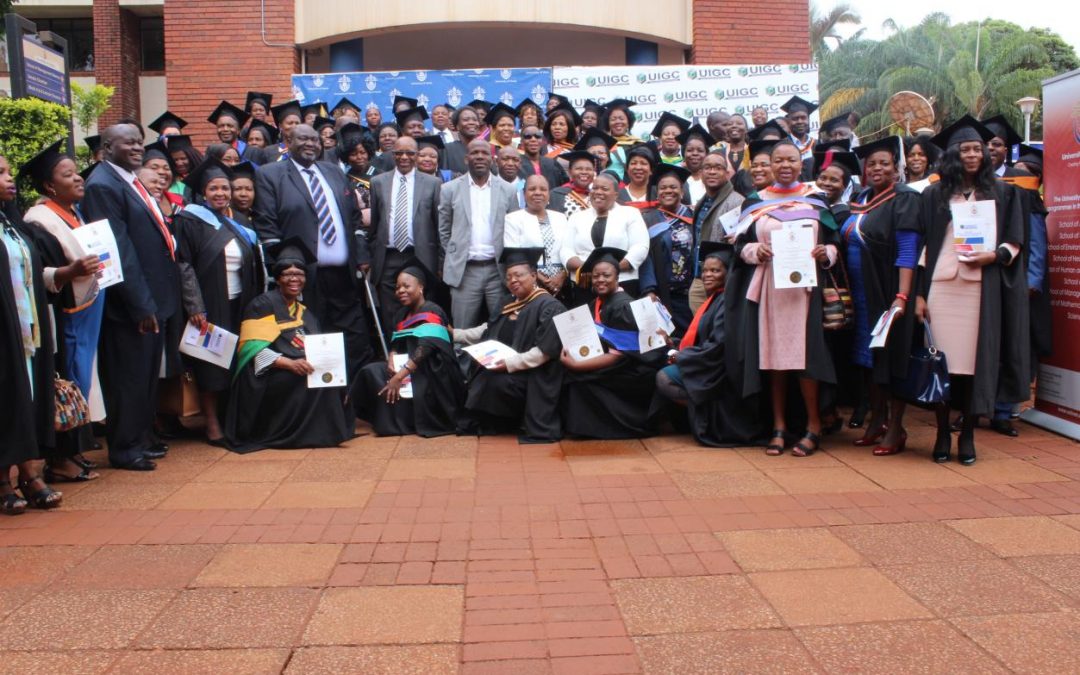 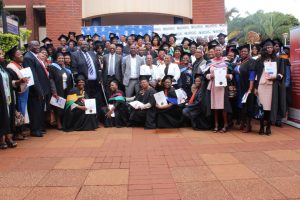 The roots of education are bitter, but the fruits are sweet. The Braille and SASL graduates have proved that learning is not age restricted. Educators from special schools around Limpopo Province gathered at the University of Venda (Univen) Senate Chambers on 29 September 2017 for the graduation ceremony as they were recognised for their commitment and hard work.

“It is always an honor for The Education, Training and Development Practices Sector Education and Training Authority (ETDP SETA) to take part in this
prestigious event that celebrate excellence,” said Mr Isaiah Mphaphuli as he commended the graduates for their achievements.

Mr Mphaphuli further added that the certificates handed to the graduates are a confirmation that they have mastered Braille and SASL skills. “Education is vital in South Africa hence ETDP SETA has set aside funds around R75 million to support teachers’ development in Limpopo Province and we are even taking it further by not only focusing on teachers but also on principles in areas like financial management and leadership. This can only be achieved through unity between the educators, the department and the sponsors,” Mr Mphaphuli said.

Mr Wilfred Leshilo from the Limpopo Department of Education who was part of the procession also praised the graduates. “At first it must have been hard for you because you had no Braille and SASL skills and knowledge but you took your precious time to learn SASL and with that you also took part in developing our province,” he said. He added that the graduates are expected to pass on the skills and knowledge that they have acquired to help make education easily accessible for people with disabilities.

An educator from Siloe School for the Blind, Mrs Sethose Tebogo, expressed her joy and also added that she can’t wait to pass on what she has learnt during the course to her blind students.

Studying can be hard especially if the student has responsibilities like working and taking care of the family. It can take a strain to the family due to time management but Mr Walter Nkhwashu from Mariven special school did not let this stop him from achieving his goals. “It has not been an easy journey but I pulled through, indeed hard work pays off,” he said as he expressed the hardships that he had to overcome prior to his graduation. 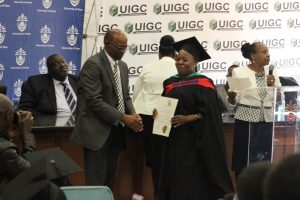 A graduate posing for a photo 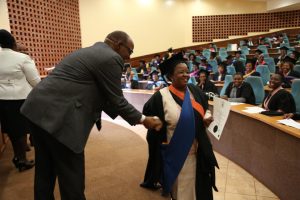 One of the graduates beamed with smile after receiving the certificate