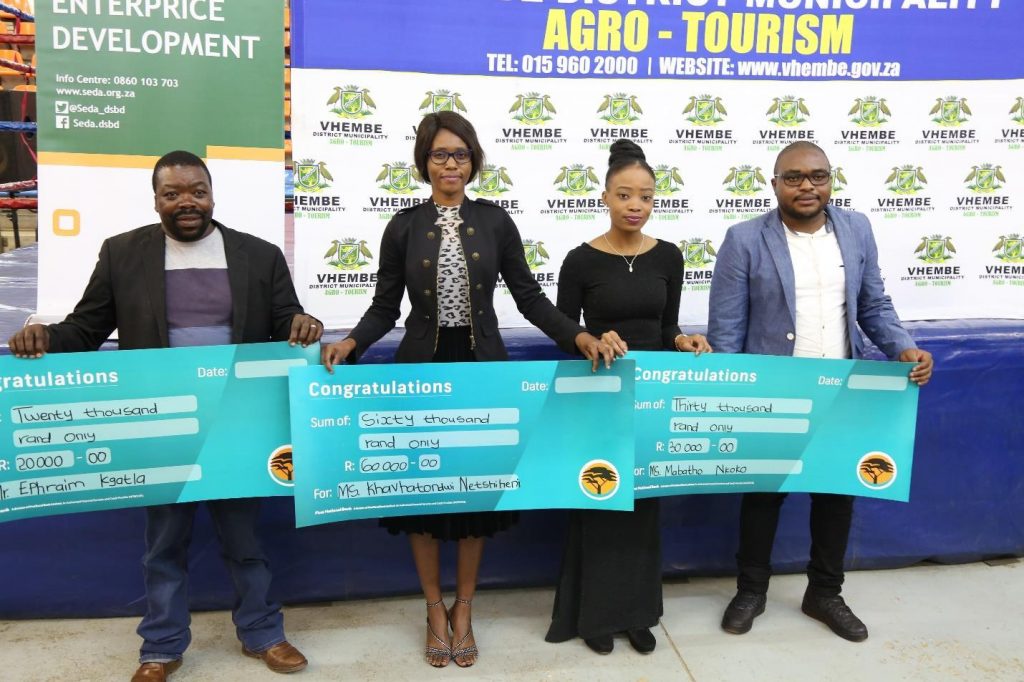 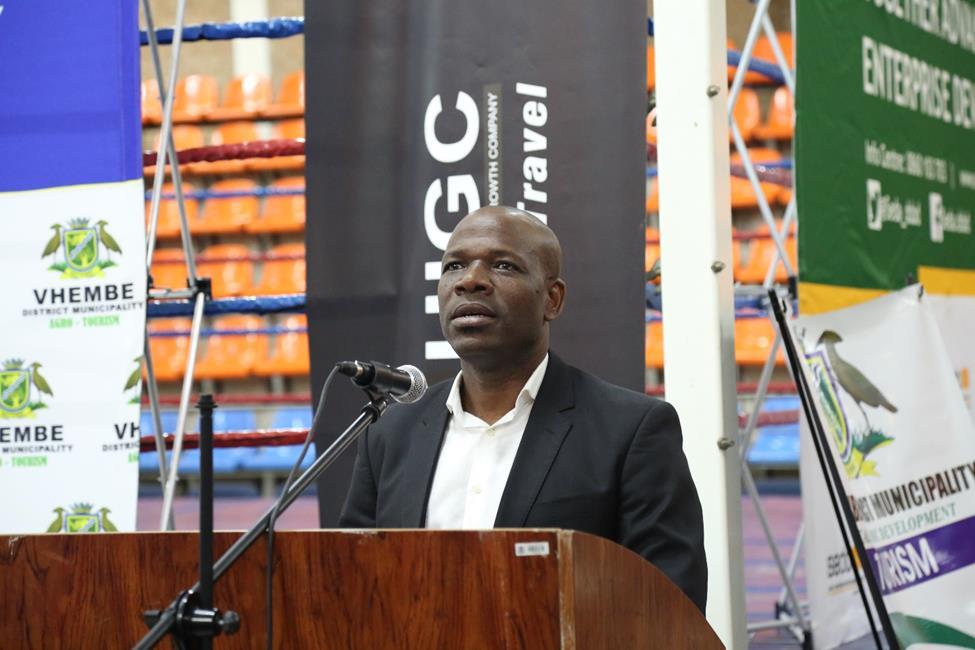 Dr John Mudau, CEO of UIGC mentioned that government institutions and municipalities need to start supporting young people. He said UIGC is going to partner with municipalities to make sure that young entrepreneurs realize their dreams. Dr John Mudau called upon young people who have business ideas to contact UIGC because UIGC is ready to partner with them. He continued to say that those who have projects in this district should consider partnering with UIGC in growing those businesses. He said the awards under UIGC category at this stage were only open to registered Univen students. “We have partnered with other institutions such as SAB foundation, SEDA, DHET, and Vhembe District Municipality. As a University, we are deeply committed to work with young people in the District.”

“Students who made it to the top ten of the competition won themselves R10 000 each while position one walked away with R60 000, position two R30 000 and position three was awarded R20 000.” Ms Khavhatondwi Netshiheni obtained position one, Ms Mabatho Nkoko was on position two while Mr Ephraim Kgatla obtained position three. These are staff and students at UNIVEN who have bankable ideas. The money is meant for them to improve and implement their innovations. The total prize money from UIGC Innovation Competition was R300 000 which was further matched by another R300 000 from SAB Foundation to make the total prize money R600 000.00. The winners will also receive 12 months business mentoring and coaching from Seda. said Dr John Mudau. 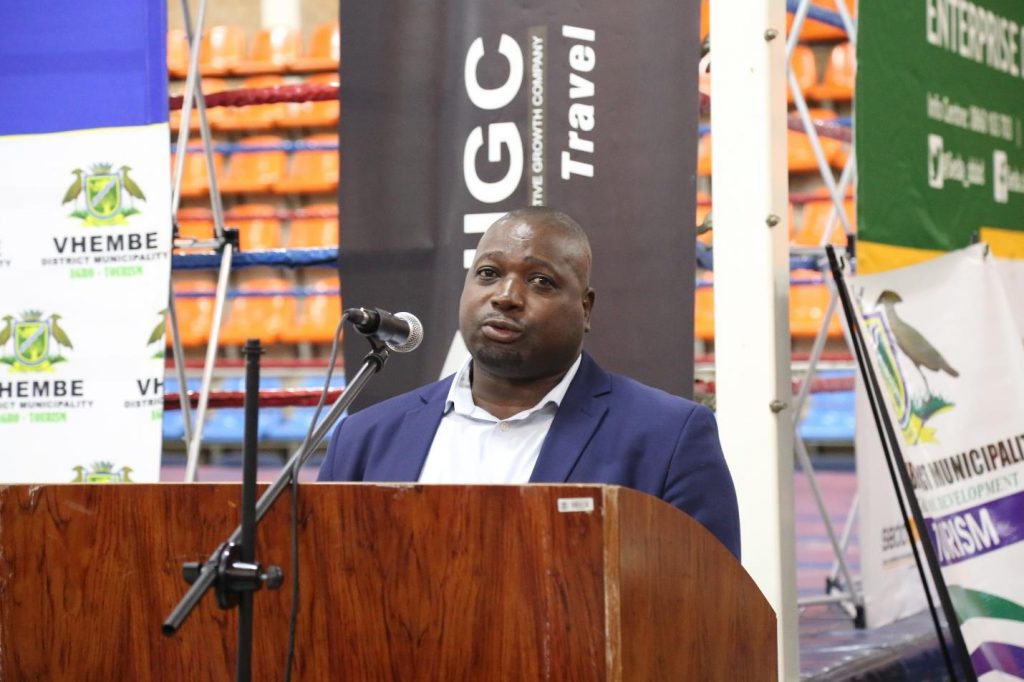 Mr Marcus Mukumela from Seda told the audience that Seda feels honored to have this kind of event where we support young people with small businesses. He said as Seda they turn ideas into businesses. “We strive for Job creation. We have partnered with Univen’s UIGC which is fully behind us.” He encouraged people to turn ideas into money making skills so that there can be job creations. “We are going to commit ourselves to support these emerging business partners.” He told them to keep up the good job as he congratulated all participants and told them to never give up especially those who did not win this competition. “We will make sure that your ideas are protected, and that the products are in good packaging and we will assist you to access funding so that you can grow your businesses.” Mr Mukumela summed his talk by mentioning that Seda is going to have trainings that are aimed at teaching business minded people about how to start and sustain businesses. 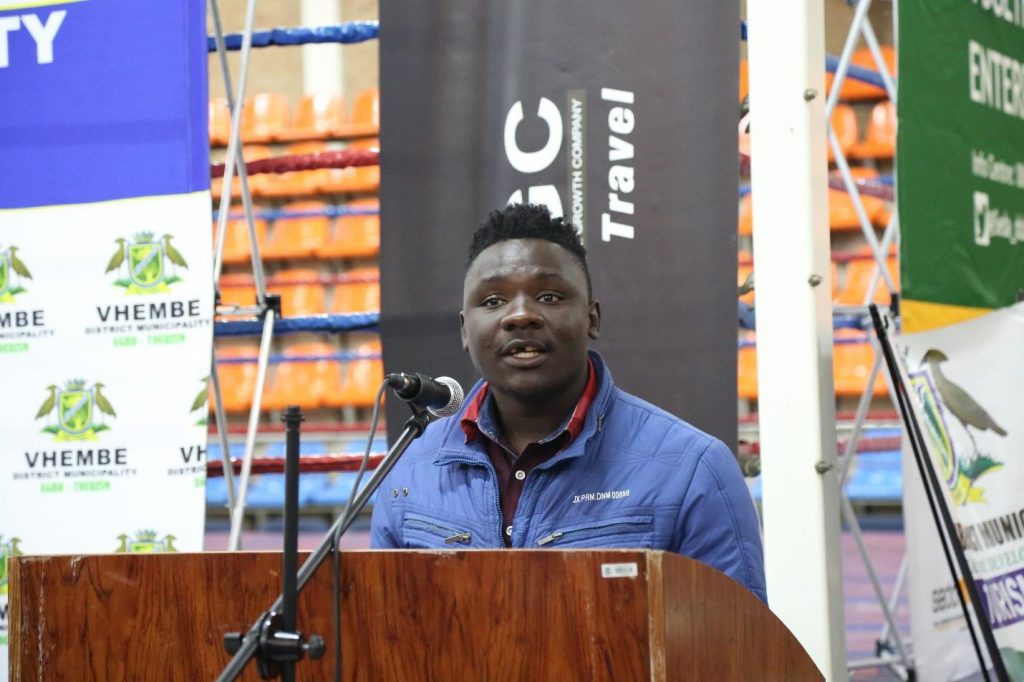 Mr Justice Mphaphuli from Vhembe Youth Council said young people are looking for employment from our government and this is the right time that the government create job opportunities for these young people. Mr Mphaphuli also beseeched municipalities to take care of young people by assisting them to realise their dreams. He said as the youth in Vhembe district, they don’t want government organisations that buy young people alcohol but those that support and empower young people by providing necessary tools that will make sure that they make a living out of those tools. He encouraged young people to stand up and create jobs for themselves and the generations to come. 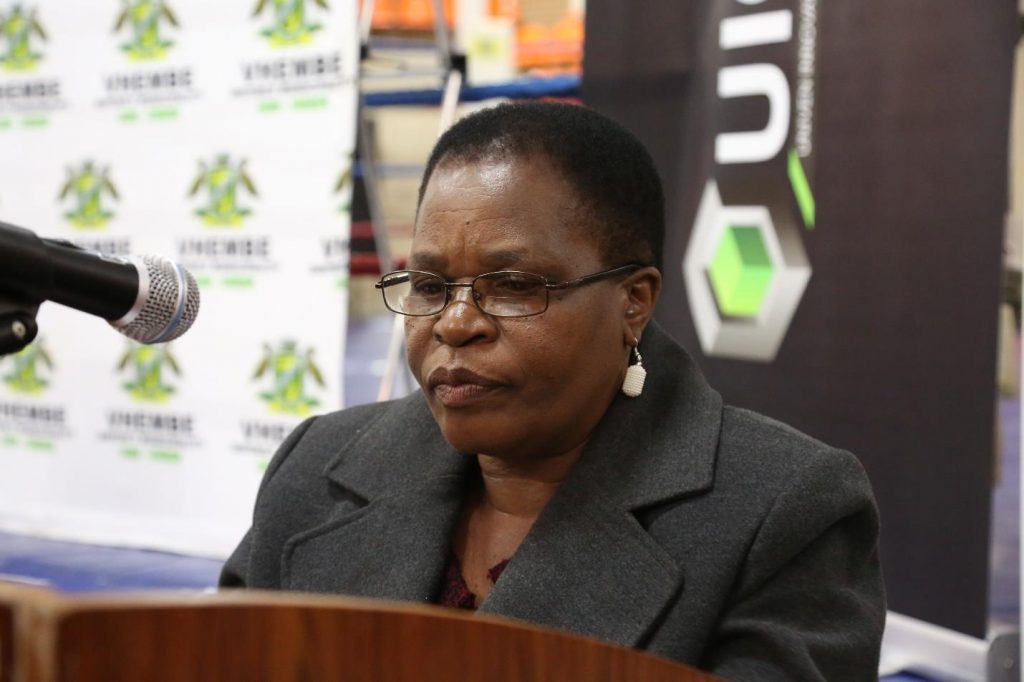 Cllr Grace Machovani rendered a brief summary of the criteria considered when entering the competition. While rendering the item, she encouraged young people to go to school because that will assist them to realise their dreams. She also said this competition was for young South Africans with identity documents who are aged between 18-35. Those who obtained position one in this category walked away with R120 000, position two R60 000 while position three were awarded R20 000 each winner in all categories. 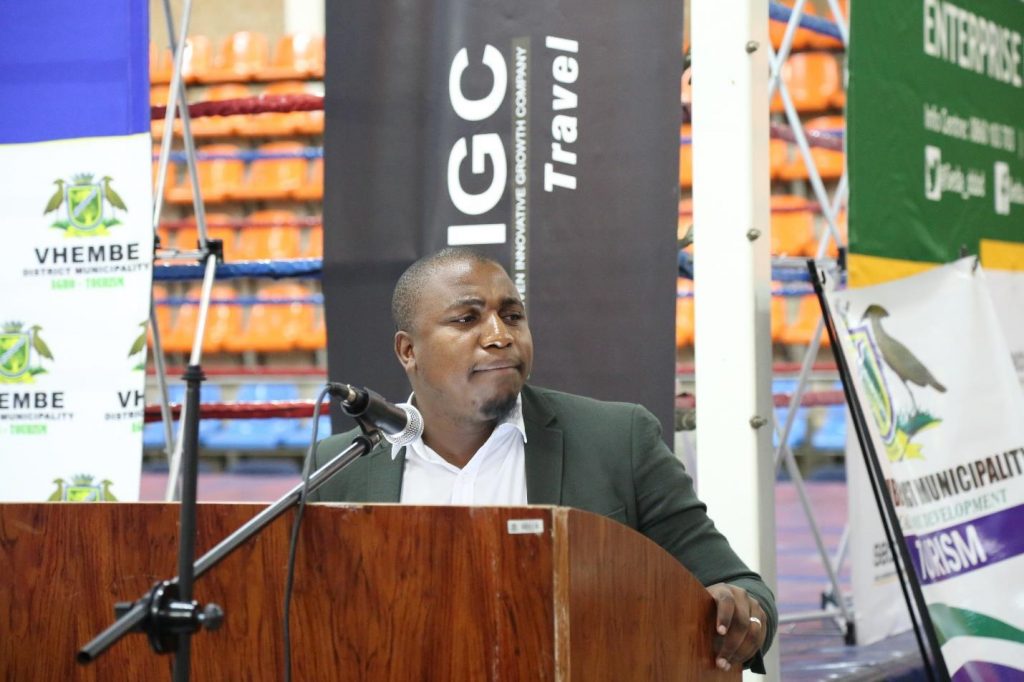 Mr Khuliso Muvhango from Enterprise Development who is also one of the winners of the competition in the year 2018 said winning this competition has assisted his company to grow. He said his company employed 60 people and after winning the competition he has managed to increase the number of employees to 110 employees. “When we started this company, we strived to solve problems that the country is faced with. There are lot of problems that need to be solved and youth need to realise those gaps and make a living out of them.” He said they also help people who are business minded by providing guidance and trainings on how to start and sustain businesses.

Mr Muvhango told the audience that, in business we fail and let failures be motivations. He told young people not to blame other people for their failures and told them to be patient. “learn how to sell your concept or your product. learn how to market your product. use the available tools to market your concept or product. Invest in yourself, stop misusing money unnecessarily because in business we invest not to show off. Start a business with the little that you have,” he said. 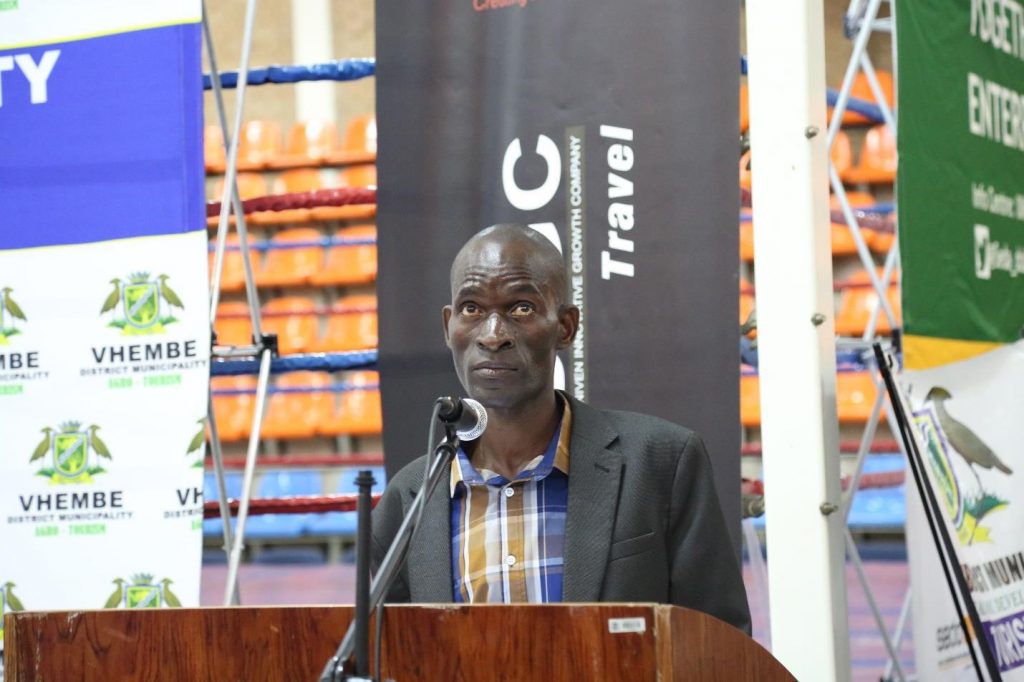 Mr Samson Mantsha from Madzivhandila College of Agriculture assured those who entered the competition that judges were guided by items on the score sheet and were fair. He said judgment of the awards in all categories were not motivated by politics or any geographical factors. “It was not easy to choose the best winner hence the scores have a very thin marginal difference,” said Mr Mantsha. 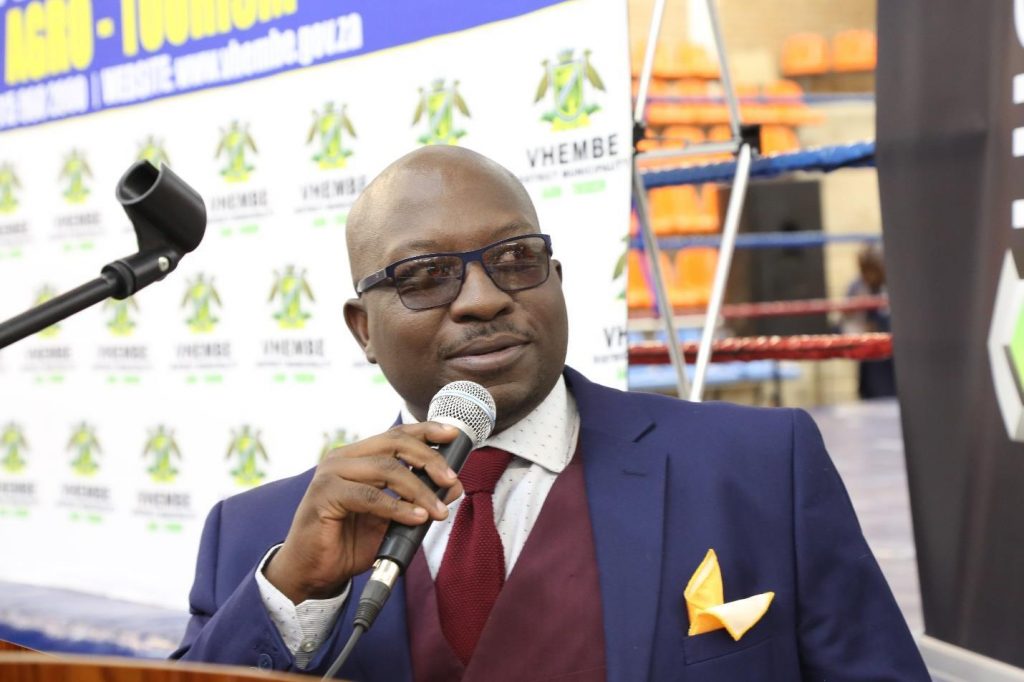 Motivational Speaker, Captain Michael Manganyi said it was in his young years as a pilot when he realised that there are lot of things that are needed in aviation that one can make money from. He told the audience that airports have a lot of business opportunities. He encouraged them to take control of everything that happens in their lives. “Be able to identify whether your dreams are in line with the community’s visions.” Mr Manganyi said he has mentored 50 young pilots so far. He urged leaders, both in government and private sector to give support to young people. He also mentioned that young people cannot start businesses without money.

He told youth to have passion for anything that they want to do. “Be able to utilize the little you have in order to start and sustain your businesses. Start small but have a dream to grow big, strive for excellence and achieve bigger things.” He said aviation is expensive but once you are qualified, you will be paid a good salary. “Not every single person who comes in your life will give you good advises. Be selective, be able to detect which advises are good for you and those that are not good.” 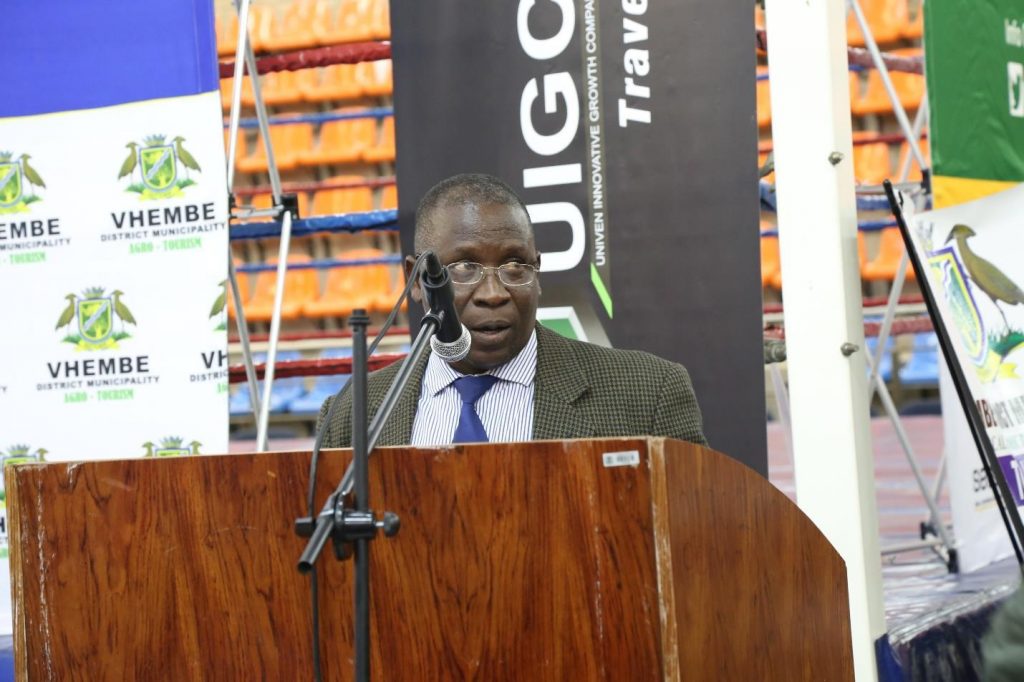 Vhembe District Municipality’s Acting-Executive Mayor, Robert Magada said the youth of Vhembe District have the capacity to develop and lead the economy of this country.” Success in business requires courage and working many long hours of unrest. We believe that investing in our youth is crucial in our country’s economic development.” The Executive Mayor said that the future of Vhembe District is very bright with this kind of youth. He assured the youth that the government will provide necessary support by making available necessary tools to emerging businesses to boost their dreams. “Our main objective is to encourage youth to eradicate unemployment in this country.” 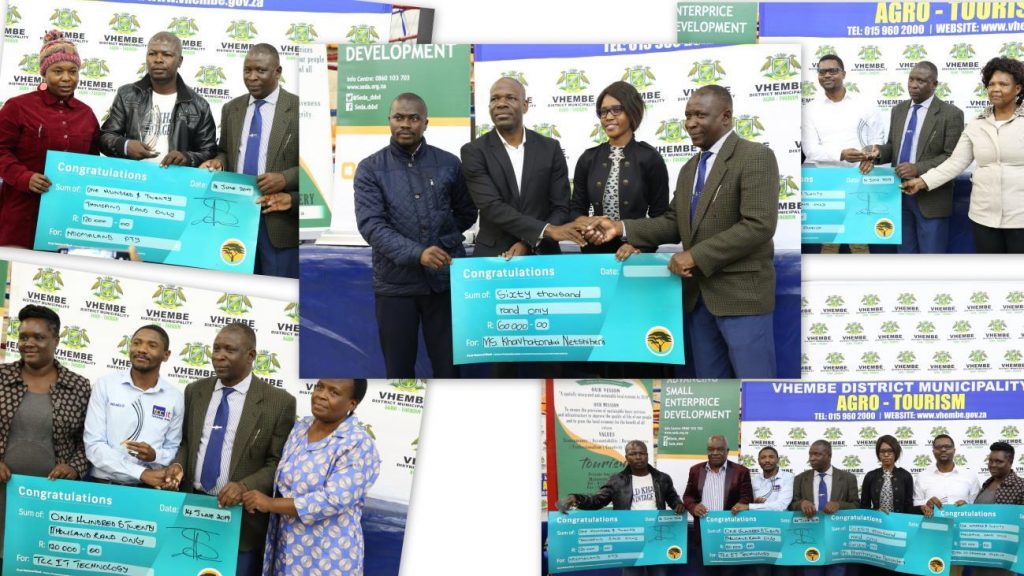 Collage photo of the overall winners in different categories 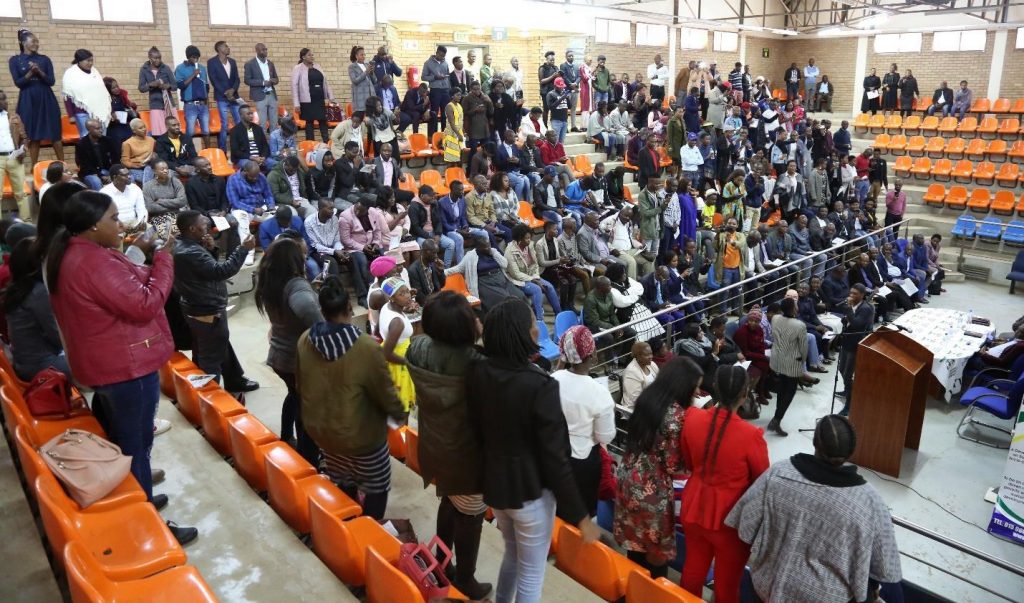 Attendees of the awards giving ceremony at Malamulele Boxing gym 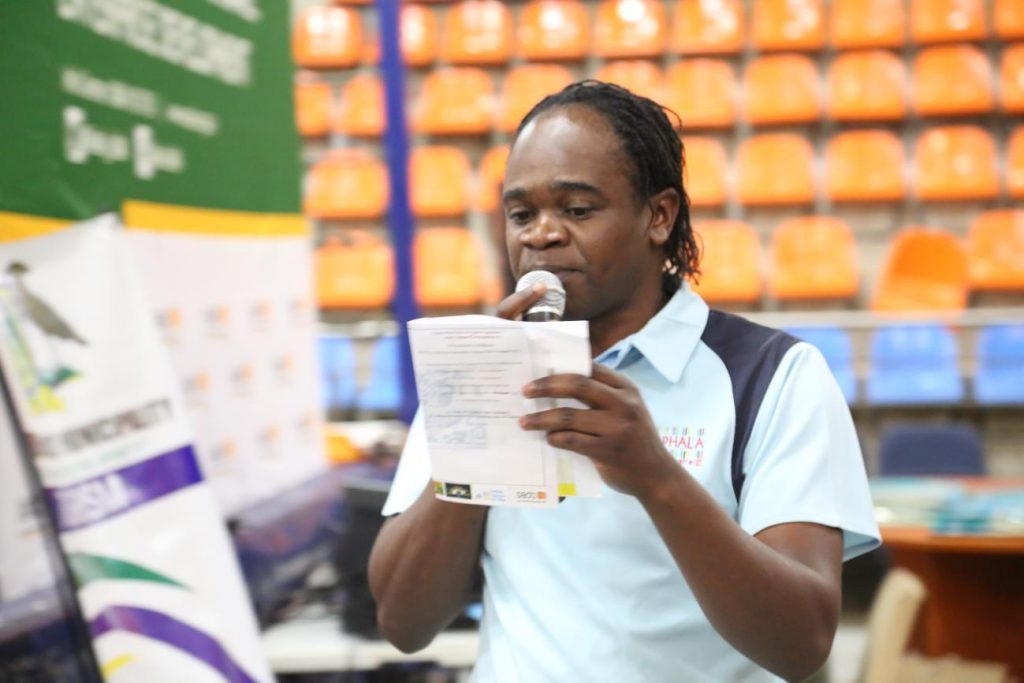