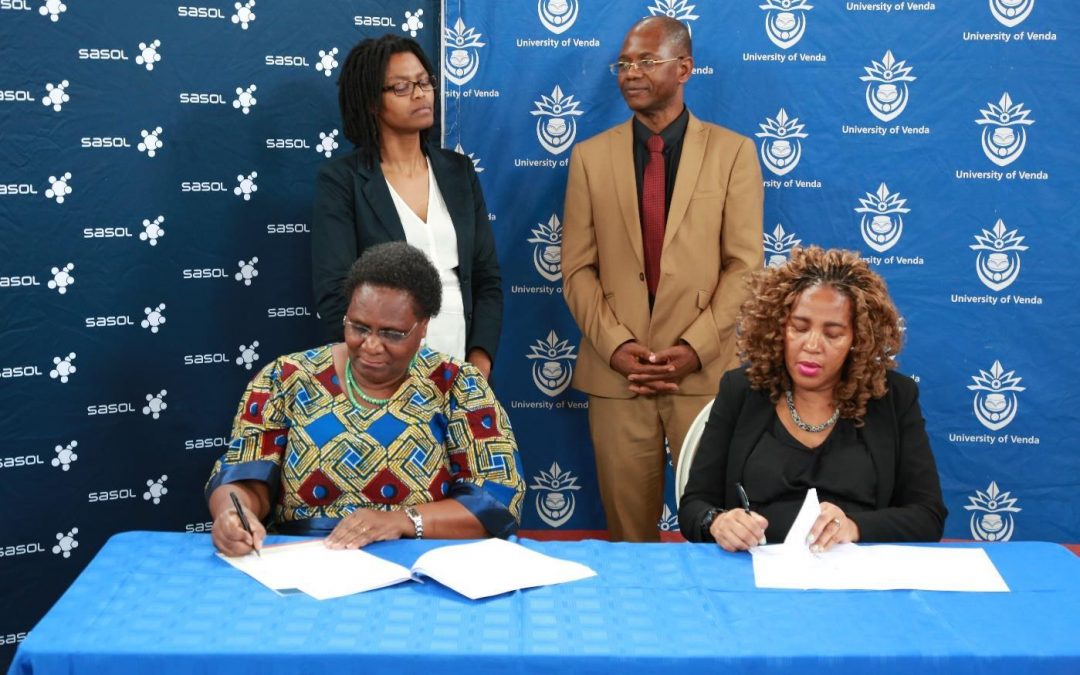 On Monday, 26 March 2018, the University of Venda community witnessed a historic moment when Sasol Inzalo Foundation and Univen sign a donation agreement at the University’s Art Gallery. This resulted from the donation of Laboratory Equipment made available by Sasol Inzalo Foundation to Univen’s Department of Chemistry and Department of Resources Management which amounted to the total value of three million two thousand, two hundred and twenty-seven rands (R3 002 227). From this total amount, the Department of Chemistry received equipment to the value of one million seven hundred and twenty-eight thousand, eight hundred and forty-four rands (R1 728 844) whilst the Department of Resources Management received equipment worth one million three hundred and one thousand, seven hundred and ninety rands (R1 301 790). 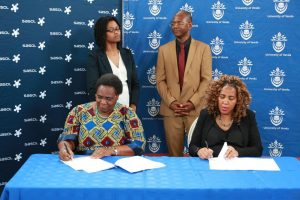 It’s a deal: L-R: Senior Prof Base Khoza and Dr Mamusa signing a Memorandum of Agreement between Univen and Sasol Inzalo Foundation

On behalf of the University, the Acting Deputy Vice Chancellor Academic, Senior Prof Base Khoza proudly acknowledged the signing of donation agreement and its conditions thereof. Senior Prof Khoza said “how grateful we are to Sasol Inzalo Foundation to have heard our cry from Historically Disadvantaged rural institution to donate the prestigious laboratory Equipment to the Department of Chemistry and Department of Ecology and Resources Management with the purpose to improve research capacity of graduates with honours, Masters and PhDs in the two Disciplines of Science Education and Technology CESM Category”. She further said “I have no doubt that the donations that we are receiving today are an abler to achieving our research and innovation of strategic goals of the university”. 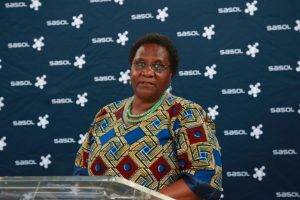 Senior Prof Khoza talked about a need for academics and researchers to share and not to own resources. She further encouraged the issue of Inter-disciplinary approach that should be promoted among researchers. 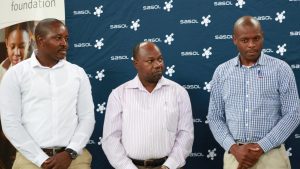 Furthermore, Senior Prof Khoza saluted Dr Lutendo Chester Murulana, the young researcher, NRF and Sasol Inzalo Foundation beneficiary, competent Supervisor for postgraduates in Chemistry and being awarded research equipment to the value of R1 592 937 for continued capacity building support. She acknowledged Professor Mugera Gitari, an established researcher, for providing outstanding support and supervision to SAlF funded postgraduates over a period of six years, most notable in his supervision of Dr Vhahangwele Masindi who published 27 articles during his studies and filed 2 PCT patents through Prof Gitari. Cheerfully, Senior Prof Khoza said “today you are awarded R1 301 790 for performance-based support. You are a superman, you make things happen to benefit others and extraordinary”. 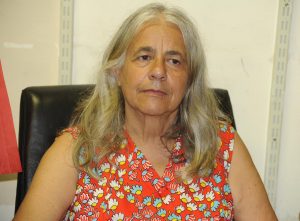 Professor Emeritus Liliana Mammino, the need-based supporter, received a donation of 5 Computational Chemistry Computers to the value of R107 500 based on students’ need for these specialised computers.
As she concluded, the Acting DVC Academic, Senior Prof Khoza saluted the Deans of the two Schools, Prof Potgieter and Prof Odiyo for being supportive to the project. 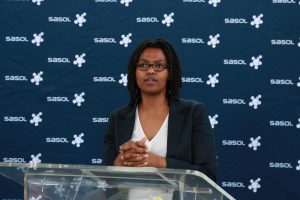 Sasol Inzalo Foundation was represented by its Director Dr Mapitso Molefe who in her address highlighted the background of the Foundation and programmes on offer. One such is the Tertiary Portfolio Programme which aims to enhance access to tertiary education. Dr Molefe indicated that they have been giving bursaries for engineers and scientist undergraduates since 2010. She added that they now go beyond to support students who want to do medicine as well as teaching.

Dr Molefe further indicated that in 2012, the Sasol Inzalo Foundation (SaIF) launched a Science Fellowship Programme with the purpose of increasing the pool of graduates with Honours, Masters and PHDs in Chemistry and Environmental Chemistry at seven Regional/Historically Disadvantaged Institutions (HDIs). In 2014, the SaIF partnered with the National Research Foundation (NRF) to co-fund the programme. To date, more than 250 postgraduate students have been supported, with more than 150 having graduated with one or two degrees. According to SaIF, this group has produced more than 350 publications with two PCT patents that came from Univen. She told the audience that the partnership that they have with Univen, will soon lead to the establishment of a research chair. 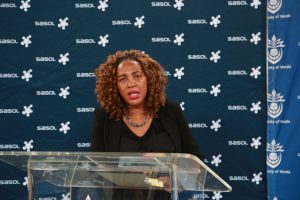 Dr Mamusa Lesofe shared with the audience few South Africans who studied at Wits and UP who are now valued as billionaires. Mamusa said “we are not just interested in seeing you obtaining your degrees but to retain you by giving you funding. She also talked about Dr Vhahangwele Masindi who studied at Univen and produced 31 publications in DHET accredited and peer reviewed. Dr Lesofe further said that this University has proved to us that it can produce wealth giants like Vhahangwele and others. 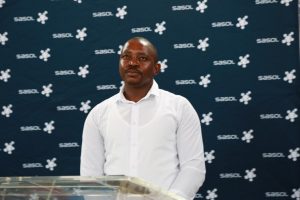 Dr Vhahanwele Masindi as one of the beneficiaries of Sasol Inzalo Foundation, shared his academic journey from undergraduate to where he is today. Dr Masindi started publishing at his master’s level to PhD under the supervision of Prof Gitari. He indicated that in future, Vhahangwele wanted to see himself being an NRF rated Professor in the area of Water purification. Dr Masindi is currently a Senior Researcher at CSIR. 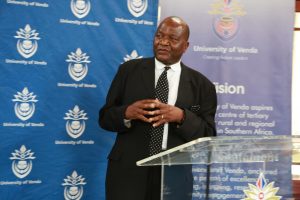 The signing ceremony was facilitated by the Univen’s Director of Legal Services Adv Edward Lambani. 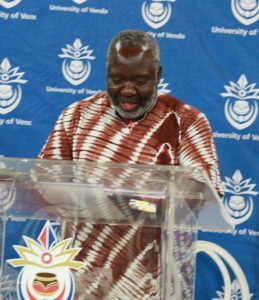 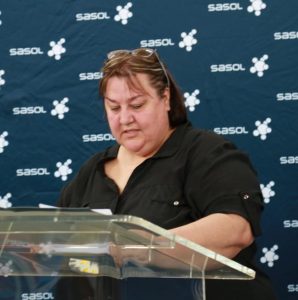 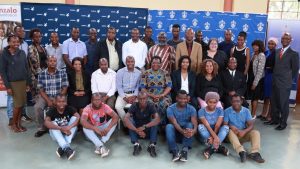 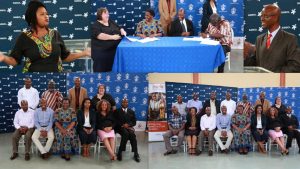