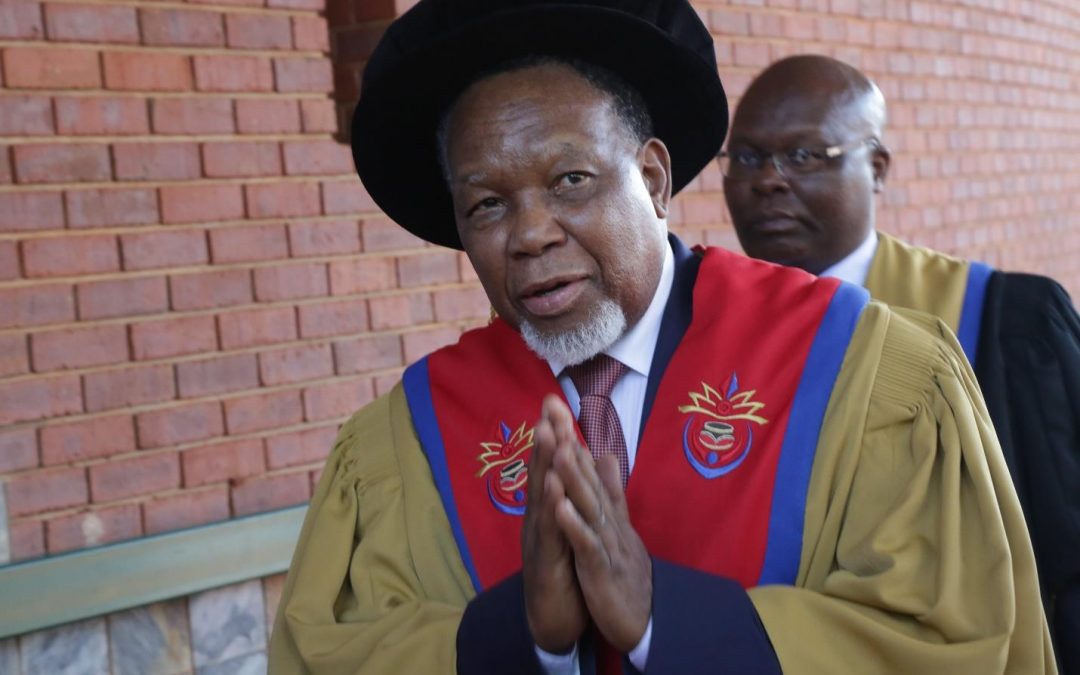 “Against the spectre of on-going challenges in the field of tertiary education in our country today, your achievements represent hope,” said the Chancellor of the University of Venda (Univen) and former President of the Republic of South Africa, Honourable Kgalema Motlanthe to the graduates during Univen’s 2017 September Graduation Ceremony. The Graduation Ceremony took place at the University Auditorium on Friday, 22 September 2017. During this year’s Spring Graduation, Motlanthe conferred 195 general academic 1st Bachelor degrees, 164 professional 1st Bachelor degrees, 84 honours degrees, 101 Masters degrees, 29 doctoral degrees and 06 post-graduate diplomas or certificates. A total number of 580 students graduated during this Graduation Ceremony. 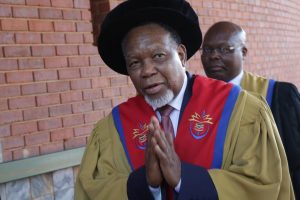 Honourable Motlanthe further said that this hope will take determinate from when tertiary education in South Africa is rid of the current spectre of violent protest and all the stakeholders come to the table to find each other. “All the stakeholders in higher education of this country are first and foremost. Higher education may have sector-specific concerns but ultimately their concerns are our concerns as a nation”. He added that if students are not able to study because of unaffordable fees in this day and age of knowledge-based economy, it can only mean stagnation if not regression for the country as a whole.

“Univen continues to pursue its vision of increasing determination of being at the centre of tertiary education for rural and regional development in Southern Africa.” He indicated that he is encouraged by the increasing contribution that Univen is continuing to make to the achievement of the country’s national goals of development and reconstruction. Honourable Motlanthe continued to say that over the years, the work of this University (Univen) has contributed immensely to the socio-economic development of not only the region but the entire nation and continues to do so. “Education remains a critical tool in equipping humanity with the intellectual, specific and creative means to make our world better. We look to education for the betterment of human condition.”

“I have noted that there has been notable increase in the number of doctoral graduates. This is yet another feather in Univen. This is an impressive number and let us prove that nothing can stop us from being on top.” He told graduates to make Univen proud by being hardworking, innovative, committed and ethical in your future roles in the workplace and leadership positions.

Motlanthe told graduates that their achievements today will make noble difference in South Africa against perennial menace of poverty, inequality and unemployment. “Contributing to the success of our nation, and helping others in your families and communities, is the most fitting way to thank your parents, families, and sponsors for having sacrificed so much to get you here,” He concluded. 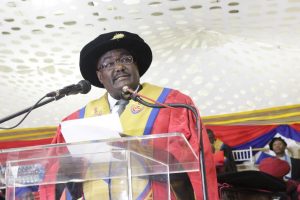 “I am very much happy to say that this University has in the past ten years put incredible efforts to create a dignified learning environment for both its staff and students,” said the Univen Vice Chancellor and Principal, Prof Peter Mbati when delivering his speech during the graduation. Prof Mbati said a lot of sacrifice has been made by our Professors, teaching and research staff to ensure that Univen produces quality graduates who are ready for work environment. He further added that as part of Univen’s curriculum transformation, Univen has introduced a number of new degree programmes, and working towards introduction of a suite of new engineering and allied Health Sciences degree programmes in the near future.

He said this University has a new institutional culture embraced by its staff and students who focuses largely on core business of the University. Prof Mbati in his ten years as the leader of Univen, indicated that Univen has witnessed substantial growth in many important indicators for a vibrant and healthy University. He spoke about the new infrastructure projects, the growth in the number of post graduate students up to doctoral degrees and the substantial increase in the University‘s research outputs. “This growth did not happen randomly, but through careful planning with clear vision. We celebrate these achievements and realize the need to constantly keep our eyes on the ball to ensure even greater success in the future,” concluded Prof Mbati. 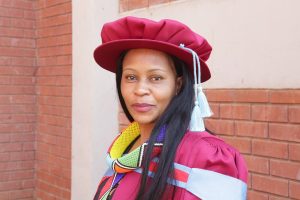 Among the 29 doctoral degrees was Doctor Muendi Tshililelwa Sigidi who was graduating her doctoral degree of Microbiology. The tittle of her study ‘Selection and evaluation of ten medicinal plants used, in the Vhembe district, for life -threatening infections’, which constitutes Indigenous Knowledge Systems, coincides with the heritage month. The findings of her study that was conducted in the Vhembe District indicated that majority of traditional medicine is indigenous knowledge-based and the pharmacological activities of plants are solely understood by traditional healers. The aim of her study was to investigate the anecdotal claims by traditional healers to treat HIV/AIDS. 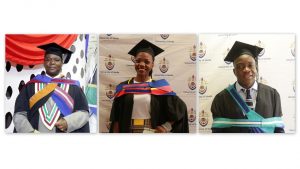 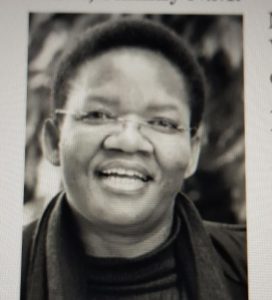 Doctor Sminny Nozimangaliso Minah Jonas Posthumously graduated her doctoral degree under the theme ‘A model for the development of women in construction in the Limpopo Province of South Africa’. Doctor Jonas was a Senior Manager at the Department of Public Works. She was responsible for women empowerment and wellness. Doctor Jonas was passionate and concerned about a serious lack of growth and development of women in the construction industry. In 2013, she published a peer-reviewed research article called ‘sustainability of women-owned construction enterprises in South Africa: a burning issue in Path to Career and Success for Women in Science’. She has presented her work at four international conferences. 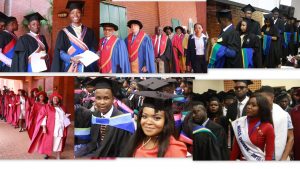 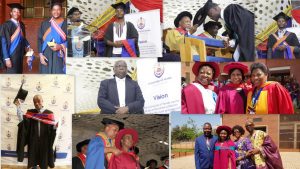