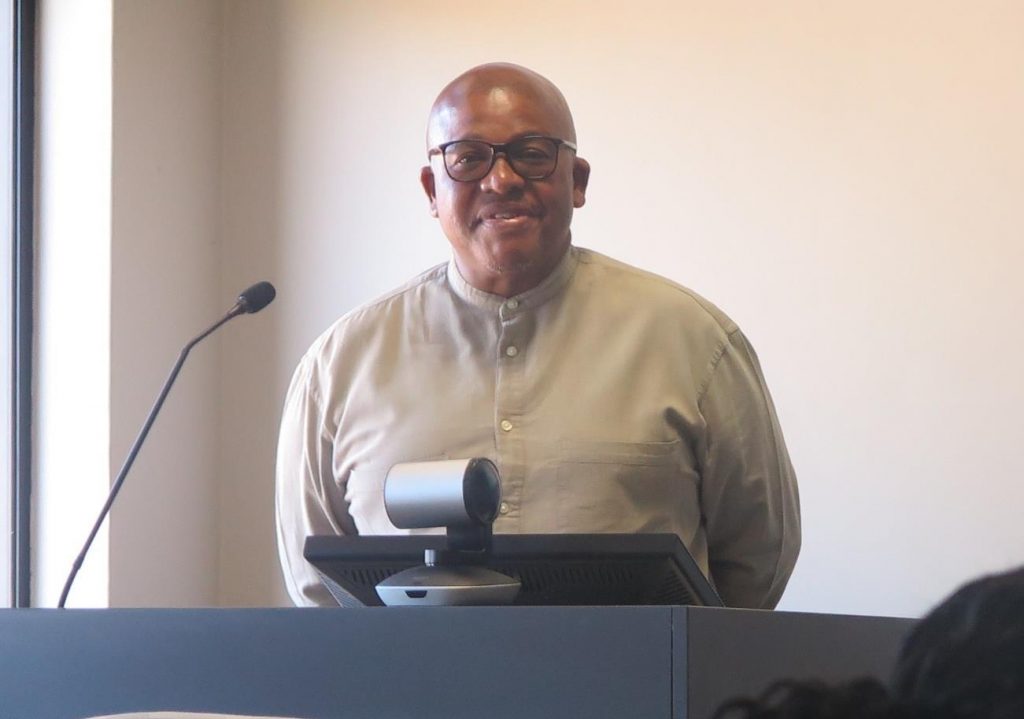 The first Academic Leadership Seminar was held over two days, 21 and 22 November 2018 at the QwaQwa campus of the University of the Free State. A total of 28 participants took part in the seminar, including 6 facilitators, 10 USDP scholars, and 12 young academic leaders who hold professional positions at the University of the Free State. The scholars from UNIVEN included Mr Edmore Kori, Mr Farai Dodonfema, Mr Stanlisius Zindiye and Ms Mokondeleli Manuga. The coordinators of the project from UNIVEN are Prof Peter

Taylor, South African Research Chair on Biodiversity Value & Change and Dr Segun Obadire, Acting Director International Relations. The PhD study of the scholars are focusing on mountain research. The seminar started with an address by the Campus Principal, Dr Martin Mandew, which was not just welcoming, but also both insightful and inspiring. 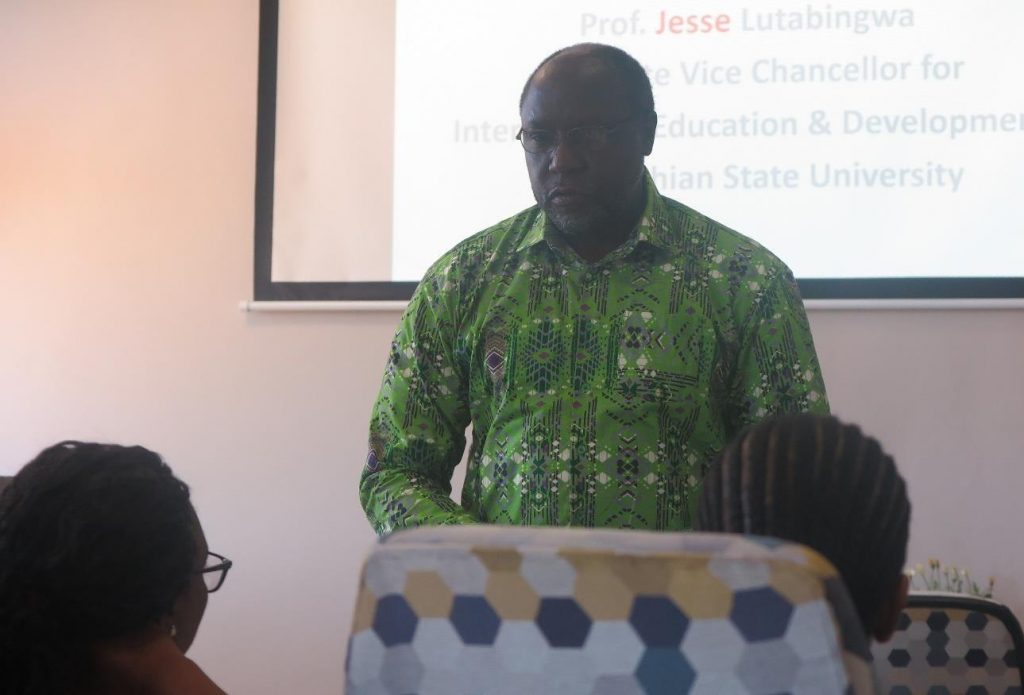 The themes that were covered include: Basics about leadership, led by Prof Jesse Lutabingwa from the Appalachian State University, USA; Academic leadership for internationalization led by Mr. Cornelius Hagenmeier; Connecting with communities in one’s research space which was presented by Dr Segun Obadire; Navigating USDP milestones: Roles and expectations in the supervisory relationship led by Prof. Geofrey Mukwada; Challenges and opportunities in multidisciplinary mountain research led by Dr Ralph Clark; Telling your story! Critical skills in producing a good dissertation on time led by Prof Peter Taylor.

USDP scholars presented their research proposal. The indoor part of the seminar was concluded with an open discussion in which the facilitators and USDP scholars and budding academic leaders collectively addressed questions, as well as shared their fears, mis(understandings) and experiences. 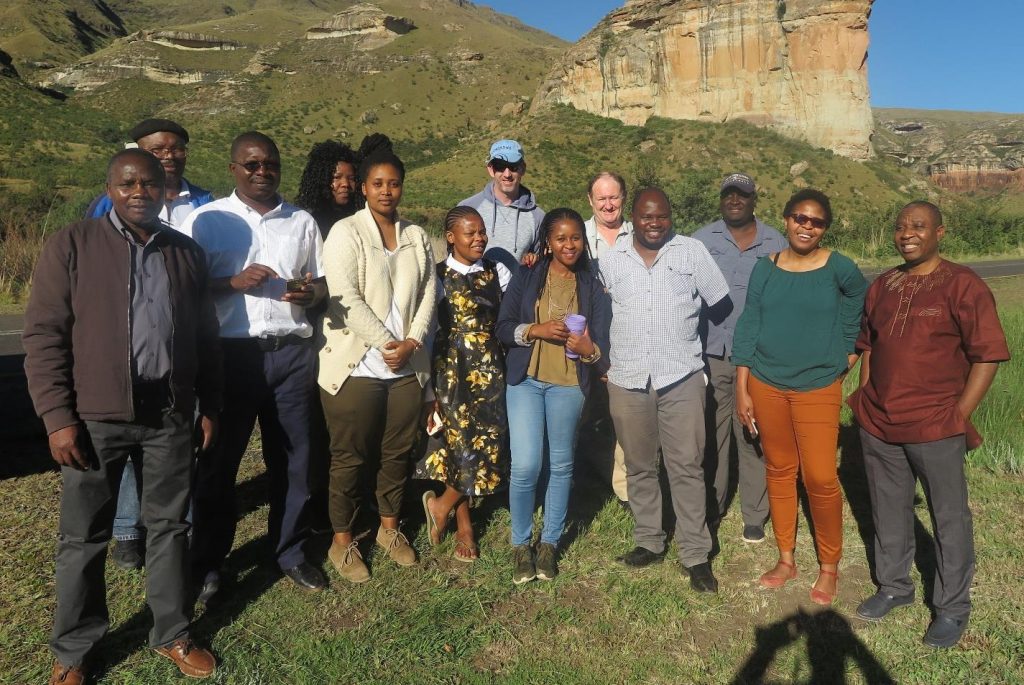 USDP scholars and facilitators who attended the seminar, together with some budding academic leaders at the UFS, QwaQwa Campus who attended the USDP seminar. In the background are the foothills of the Maluti-Drakensberg Mountains.

A guided tour of the Golden Gate Highlands National Park, which was conducted by Ralph Clark, the Director of Afromontane Research Unit took place. The delegates had the opportunity to view a variety of wild animals, including mountain zebra, springbok, the black wildebeest, jackal, and the sun setting in the park. Breath taking sceneries of landscapes, geomorphic features, geosites and vegetation formations were explored alongside possible evidence of climate change. This outing with everyone together in one bus was a great ice-breaker that generated a great deal of fun and comraderie among scholars and professors and researchers alike, and we believe it played an important role if forging a group identity that will help to ensure the ongoing success of the project. 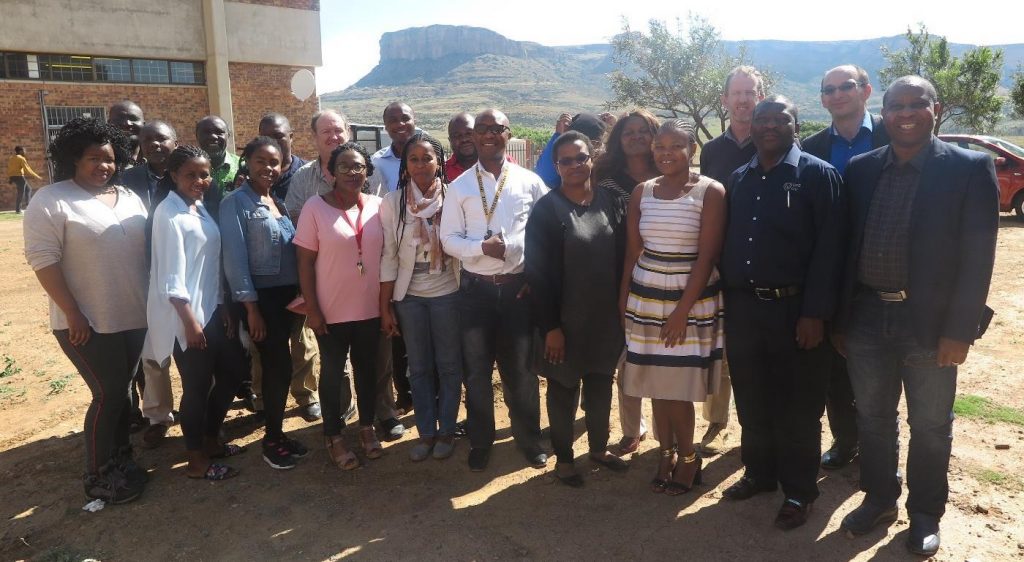 Issued by: Department of Communications and Marketing