On Wednesday, 18 July 2018 the School of Human and Social Sciences’ Council Chairperson’s Office in collaboration with Struu Artzz Entertainment and the Univen Art and Culture hosted Mandela Day at the University of Venda’s Freedom Square. This event commemorated the political stalwart through 67 minutes of meaningful dialogue, theatre, music and poetry to increase discourse and exchange of opinions among the Univen community. 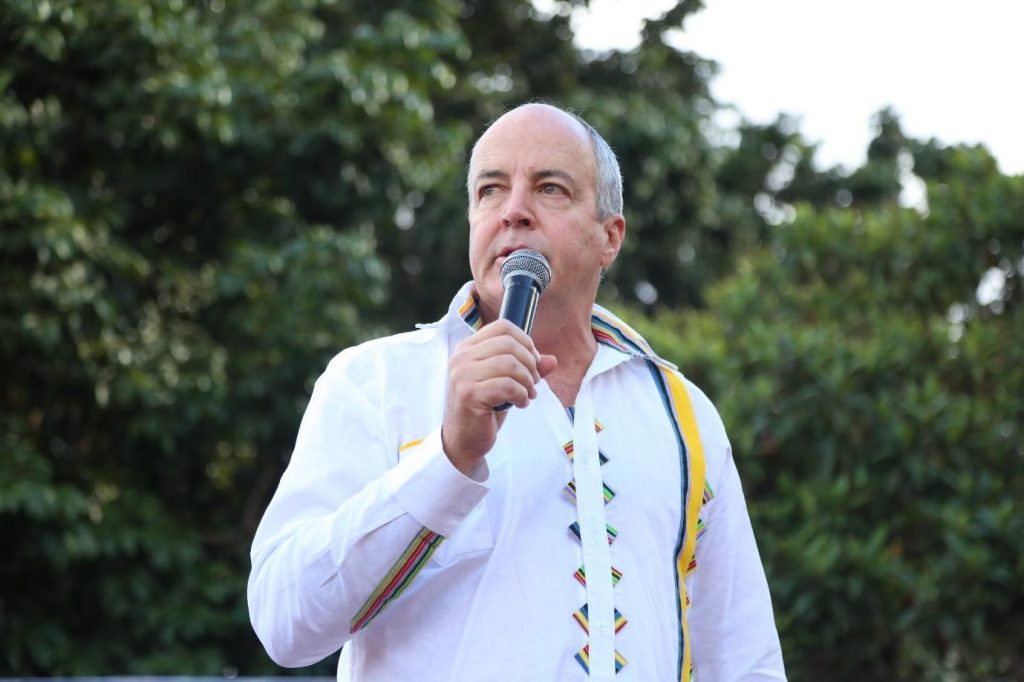 Acting Vice-Chancellor and Principal, Prof Jan Crafford in his opening and welcome address brought it to everyone’s attention that the 18th of July is currently being celebrated globally. He continued to express his disappointments with the Born Frees who hold the belief that the late Nelson Mandela was a sell-out. He rebutted the latter opinion by pointing out how Mandela became the superior of his oppressors.

He further dwelled on the themes that prevailed in most of Mandela’s writings that led to his legacy truly enduring. Out of the pool of themes he mentioned the demanding of respect, proving them wrong, using time wisely, not worrying about labels, being humble and taking a stand against injustice.
In his closing remarks, Prof Jan Crafford advised the students to not be controlled by emotions but rather overrule them with a clear mind. 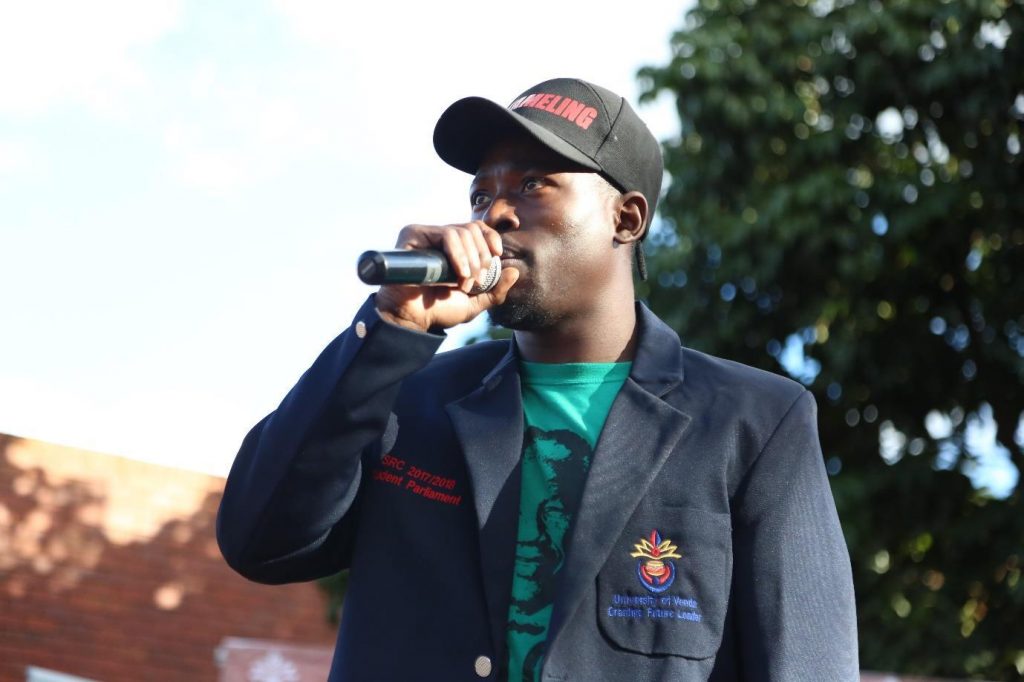 Mr Hakamela Tsundzukani, the Chairperson of the School of Human and Social Sciences Council

Mr Hakamela Tsundzukani, the Chairperson of the School of Human and Social Sciences Council, gave the purpose of the day. He opened by letting the students know that the time to revive their spirits and play their roles is now. He gave great recognition to the tremendous work done by Nelson Mandela but also showed gratitude to his fellow comrades that helped Mandela fight for the freedom the world is now celebrating.

Mr Hakamela noted that even though South Africa is now free and liberated from apartheid, there are still certain outstanding issues, like expropriation of land without compensation that will need the black youth to play their roles. 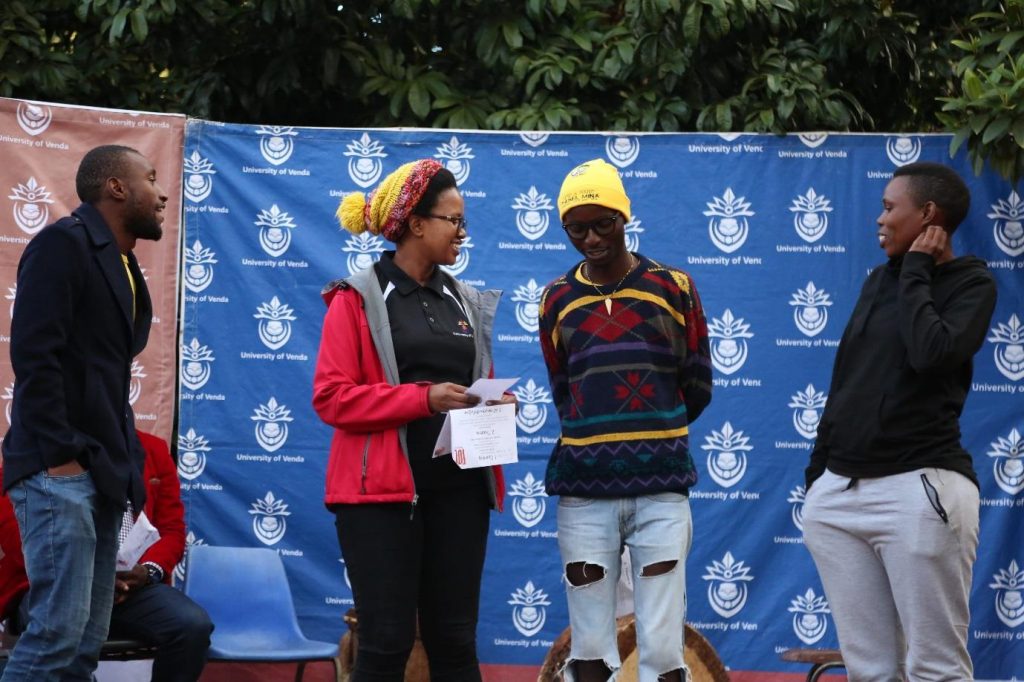 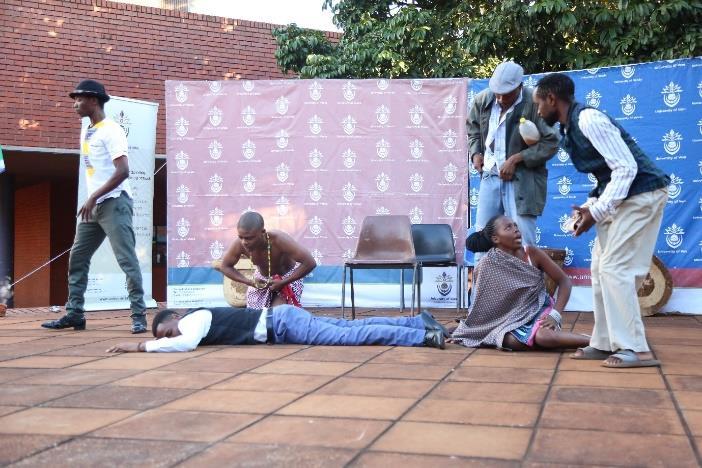 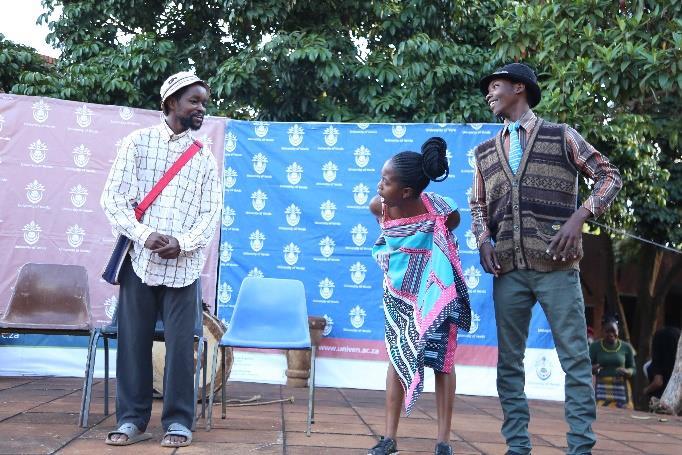 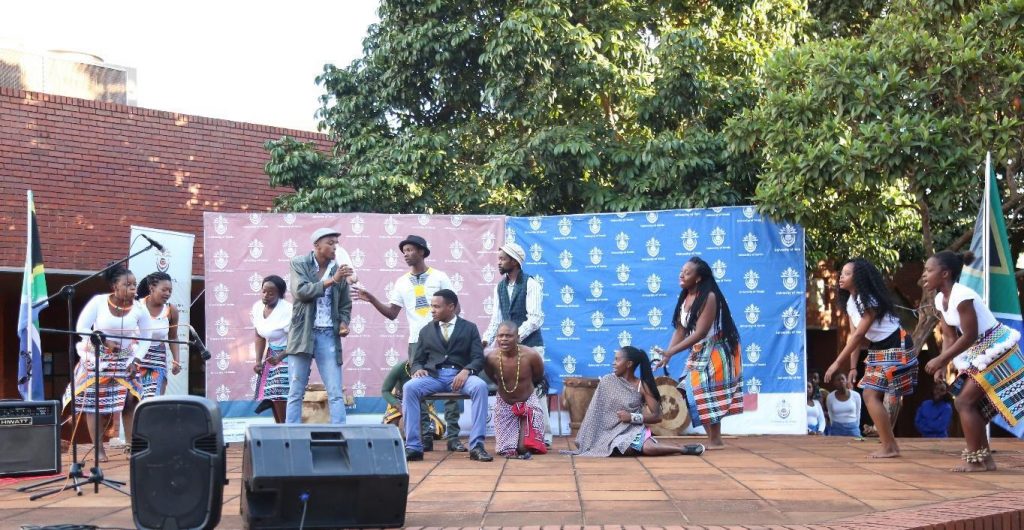 The Univen Art and Culture and Struu Artzz gave a theatrical performance of their play ‘Umoya: The Spirit’ which they performed at the 2018 Grahmstown National Arts Festival at City Hall. The play is directed by Kgaogelo Matsie, a proudly Univen student. The theatre play is aimed at addressing the importance of women in society in relation to cultural values, beliefs and practices. 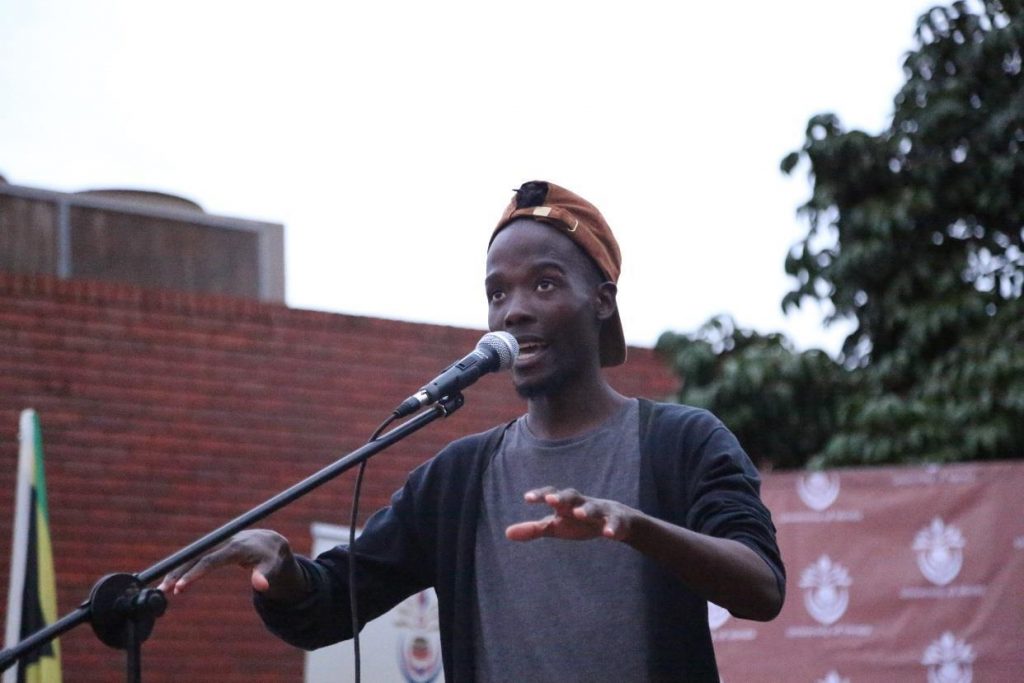 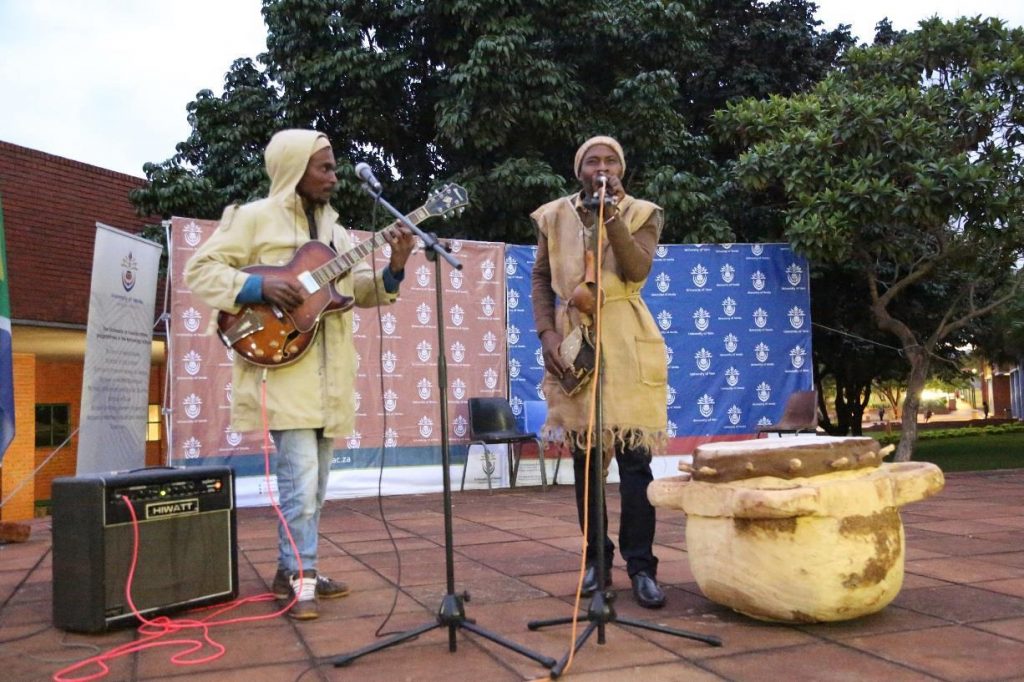 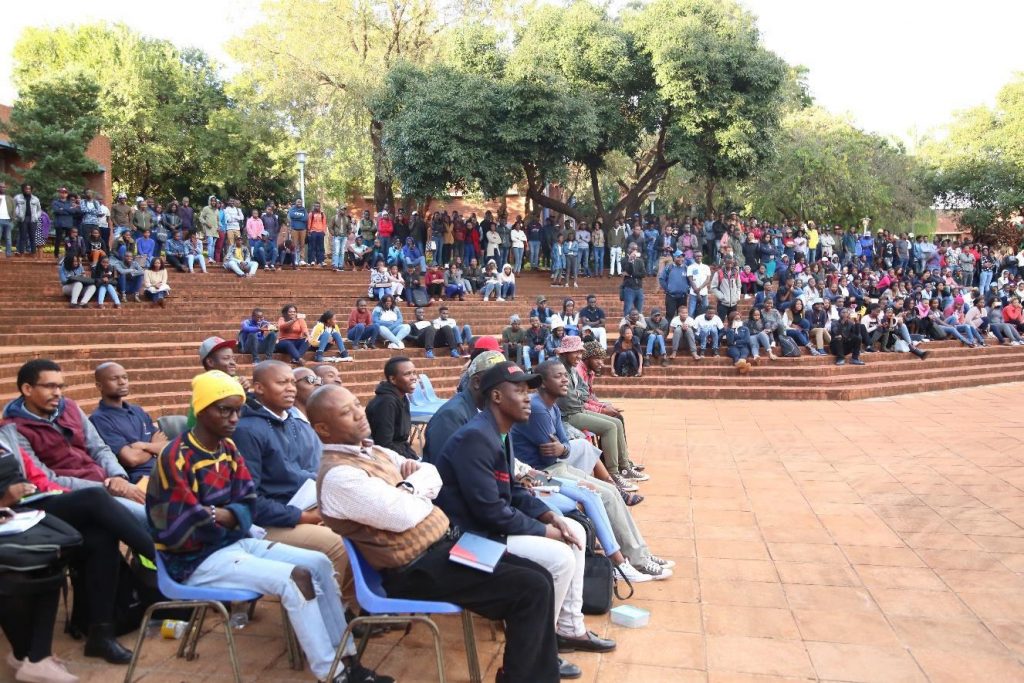 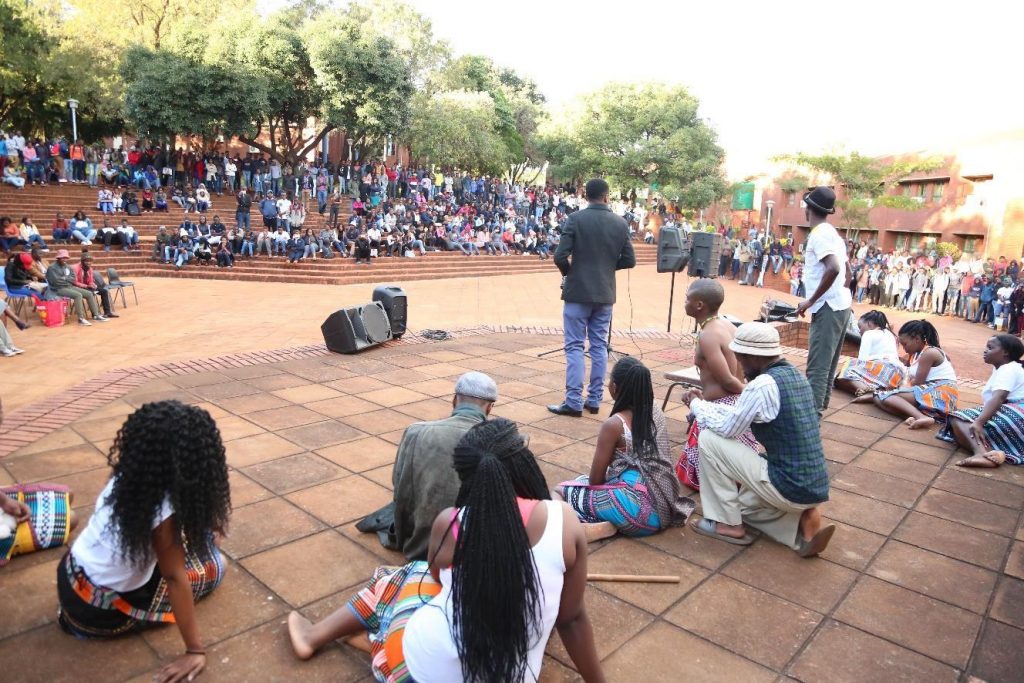 Different angles of attendees of the event watching ‘Umoya: The Spirit’ play 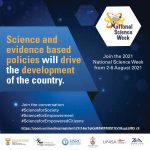