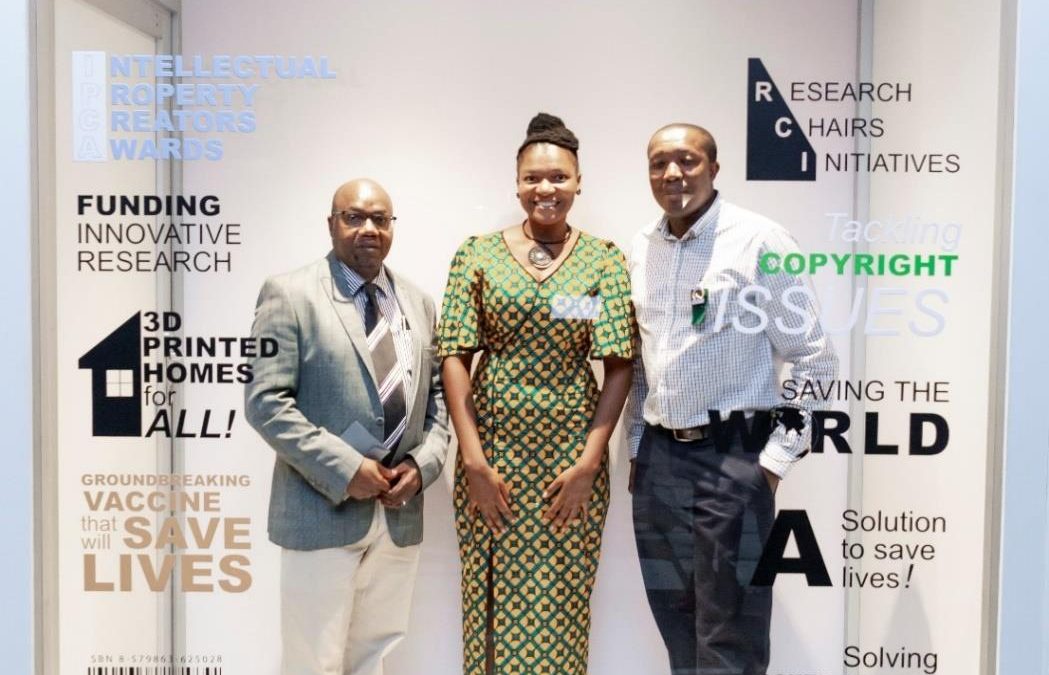 The National Intellectual Property Management Office (NIPMO), a specialised service delivery unit of the Department of Science and Technology together with the Minister of Science and Technology, the honorable Mmamoloko Kubayi Ngubane hosted the very first Intellectual Property Creators Awards on the 28th of March 2019 at Saint George Hotel and Convention Center-Pretoria.

The IP Creators Awards are given to university and science councils researchers who actively disclose their research and development (R&D) outputs which are actionable to an Office of Technology Transfer (OTT). The OTT is obligated by the Intellectual Property Rights from Publicly Financed Research and Development Act (IPR-PFRD), to receive disclosures of potential IP emanating from publicly financed research and development.

Once the disclosure is made, the OTT must ensure that the IP is identified, protected, utilised and commercialised for the benefit of the people of the Republic.

UNIVEN top IP creators received certificates of acknowledgment from the Minister of the Department of Science and Technology, for their actionable disclosures to UNIVEN OTT which resulted in two patents in the name of the university.

In addition, UNIVEN received a monetary contribution of an amount of R 605 000,00 for the patents protected out of the research activities of Professor Wilson Gitari and his former PhD Student Dr. Anthony Izuagie, Professor Jabulani Gumbo and his PhD student Ms. Tholiso Ngulube. The monetary contribution shall be used to further advance the inventions within the innovation value chain, and commercialise the technologies for the benefit of UNIVEN and the IP creators. 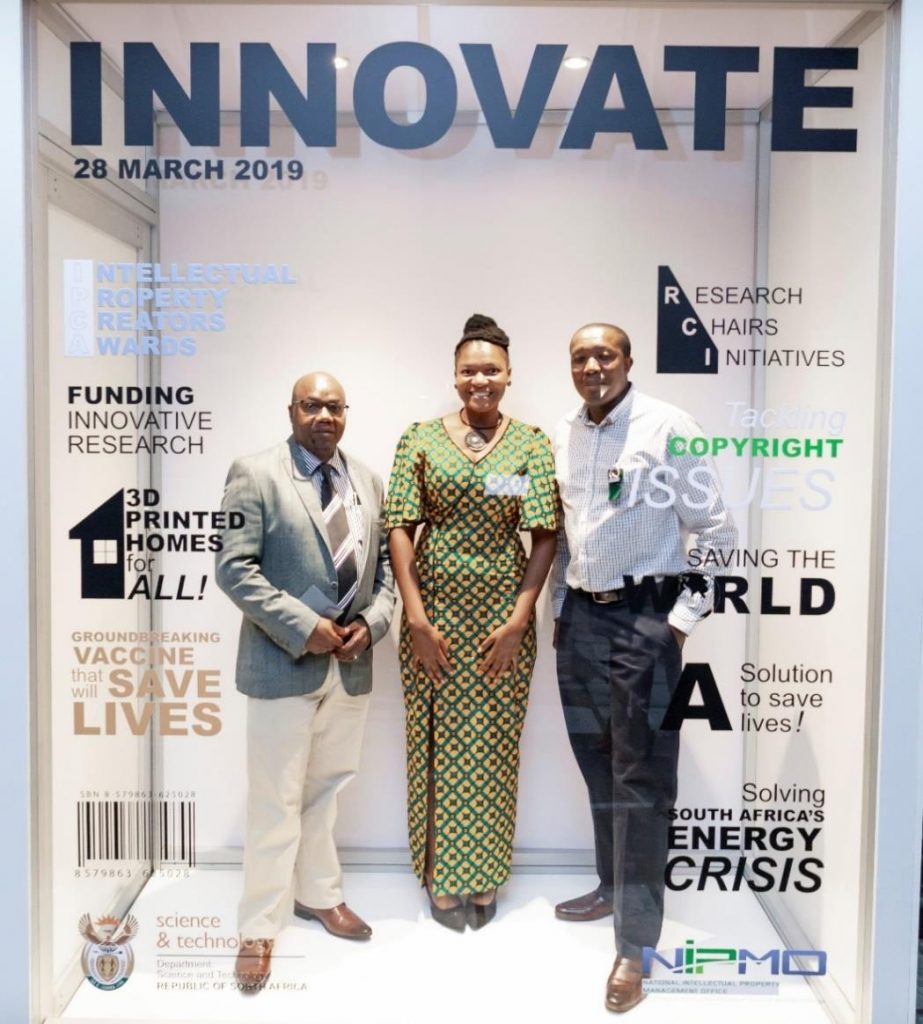 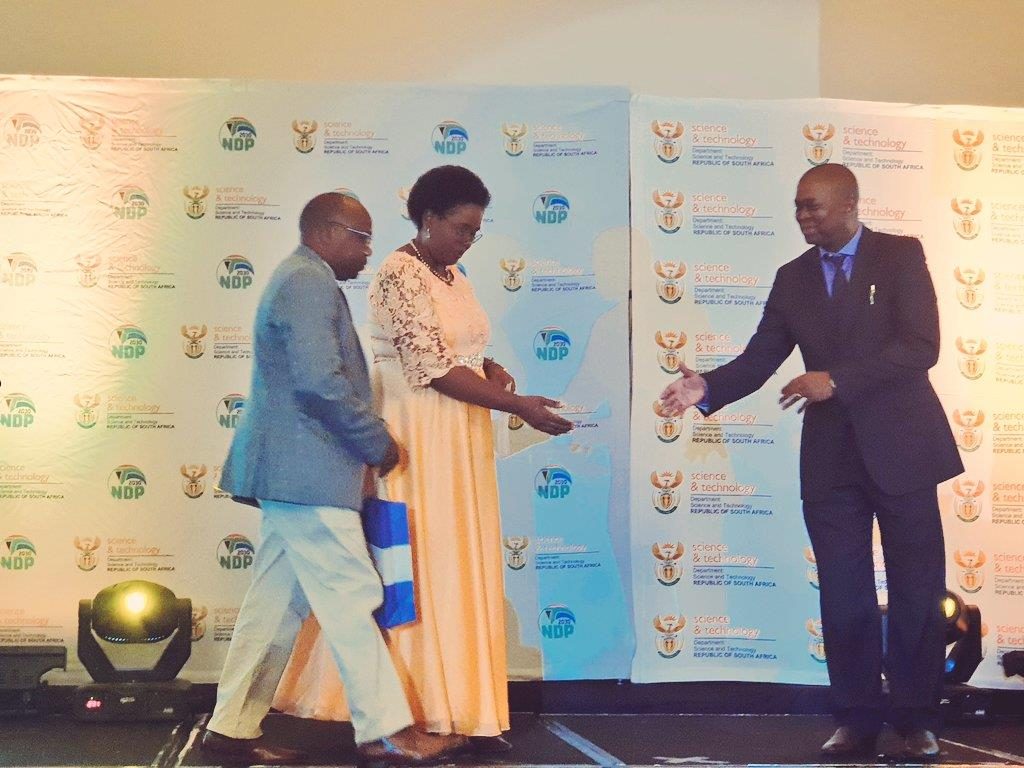 The Defluoridation patent is based on the invention of a process for the removal of fluoride in various water sources, including ground water with oxide-modified diatomaceous earth. The Invention aims at removing fluoride in a water source for example borehole, particularly in rural areas in which rural communities do not have access to pipe water infrastructure and are dependent on ground water or surface water from rivers. 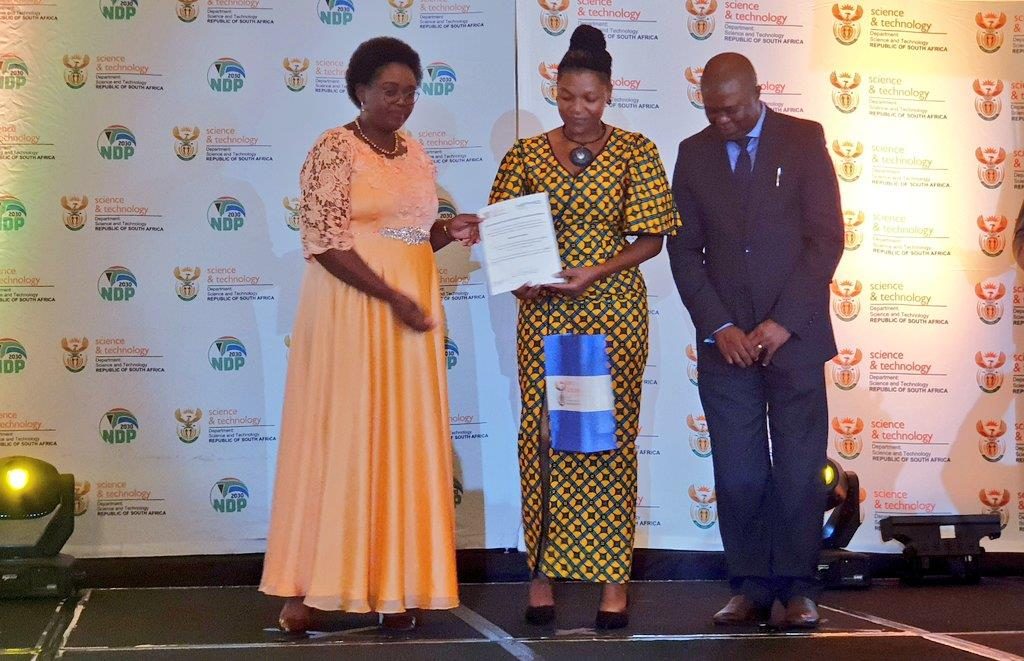 The Method of Dye Removal patent of the trio, Professor J. Gumbo, Dr. V. Masindi (CSIR) and PhD candidate Ms. T. Ngulube, deals with the removal of synthetic dyes from wastewater. The technology is meant to be utilised by industries using dyes including textile, paint, print and ink for treatment of coloured wastewater before it is discharged into the environment. 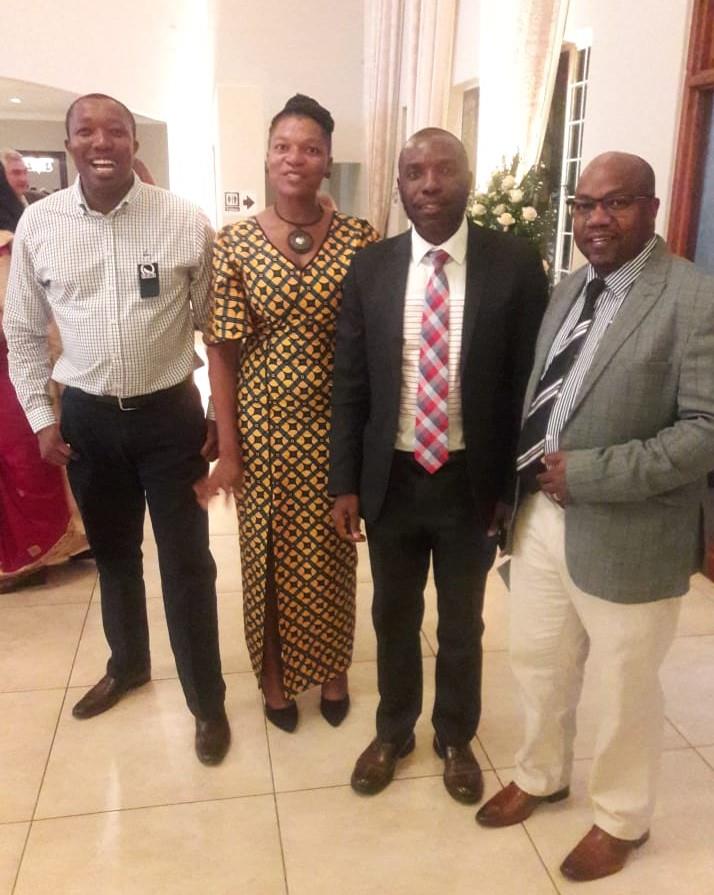 Mr. Muofhe during his vote of thanks stated that he was proud that two of South Africa’s Universities in the far north of the country with less than three years of the operation of NIPMO supported Offices of Technology Transfer (OTT). He further stated that the geographic location of an institution must not be a hindrance for innovation, and that he was proud of the work done so far by UNIVEN and UL.

UNIVEN Office of Technology Transfer (OTT) has been established within the Directorate of Research and Innovation, with support funding for three years from NIPMO to oversee all Intellectual Property matters pertaining to disclosures, identification, protection, utilization and commercialisation of R&D outputs from publicly financed R&D.

The OTT encourages all UNIVEN researchers to disclose all their R&D discoveries to the office before publication in journals or conferences, so that UNIVEN can have a chance to protect any viable IP imbedded within their research and thus have an opportunity to generate third stream income for UNIVEN and monetary benefit sharing for the researchers.